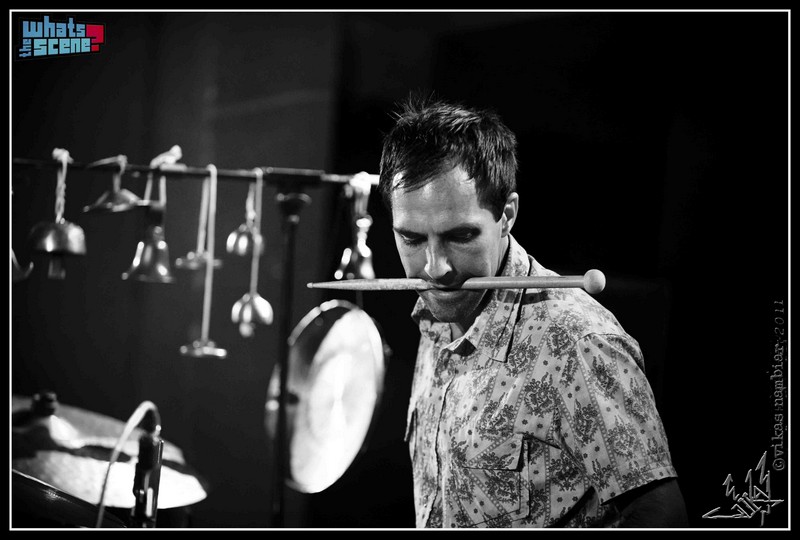 I was backstage with Amit Heri and his band and he told me that he was a little disappointed with the poor turnout at the concert. He said, (and rightly so) that any band feeds off the energy of the crowd when they’re performing. Unfortunately, the Bangalore International Arts Festival was an event that suffered from a distinct lack of advertising which reflected in the sparse crowd at this particular event. Despite having some big-name sponsors and a few acclaimed acts perform, the organizers of BIAF did not update their website, which carried the 2010 schedule until a week prior to the start of the festival. 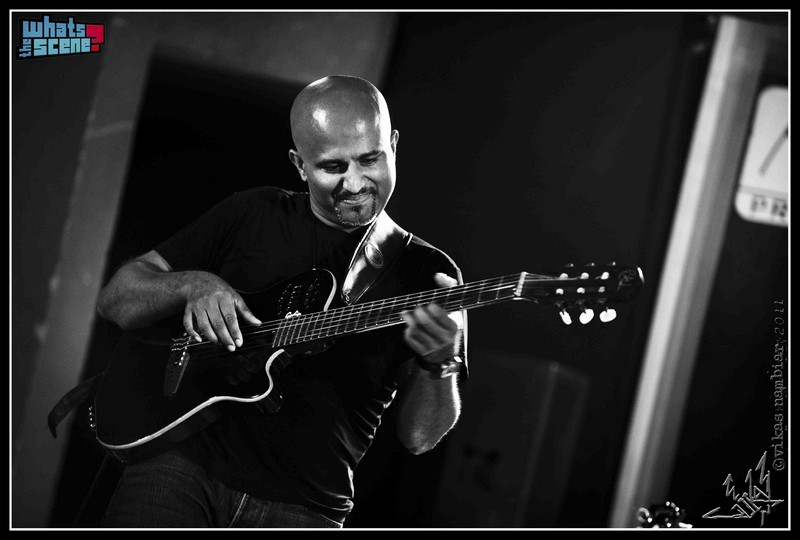 Nevertheless, a small crowd consisting largely of UB City window shoppers gathered at the amphitheater as acclaimed jazz fusion act Amit Heri Band jammed with saxophonist Matt Renzi. They started their set with ‘Aatma’, a track from Amit Heri’s album Elephant Walk. Drummer and youngest member of the band, Kurt Peters showed supreme self-confidence in the complex drumrolls he pulled off as he easily kept pace with the other veterans on stage. 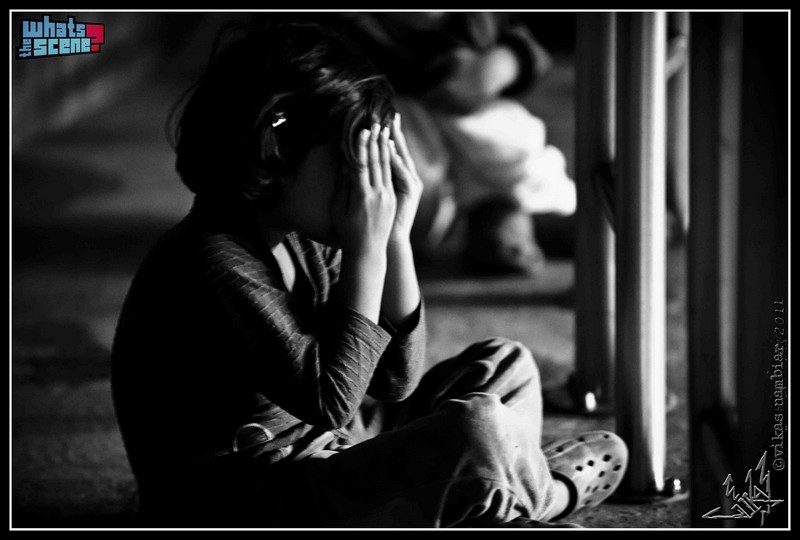 ‘Beyond the Three Walls’ was the next song and the crowd really appreciated the soft hook that was the backbone of this track. Amit Heri’s under-appreciated songwriting skills were on display in the following track ‘Two Blind Mice’. The track, to quote Amit, was about “two people who are in sync, then fall out of sync and then are in sync again”. It started and ended with the Three Blind Mice tune as a motif but the middle section, in keeping with the theme of the song, was a jarring, dissonant piece with all four instruments playing out of sync with each other. 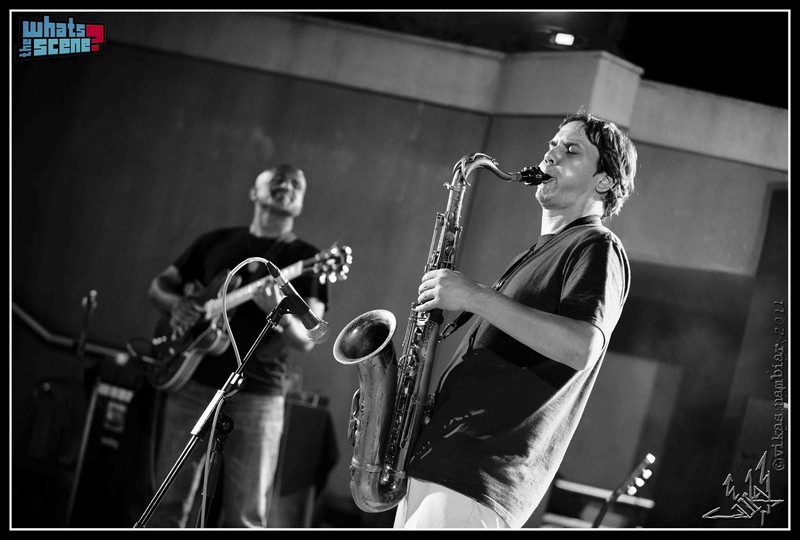 I realized that each member’s on-stage persona was not dissimilar to how they are off-stage. As the band segued into ‘Lessons of Love’, a slow and measured instrumental piece, Amit Heri exuded calmness on stage. Kurt Peters is hyper-active on the drums whilst veteran bassist Karl Peters (who happens to be Kurt’s dad) is as nonchalant as ever as he handles his bass duties with aplomb. Matt Renzi especially shone through in this song as his saxophone brilliantly melded with Amit’s fluid guitar work. 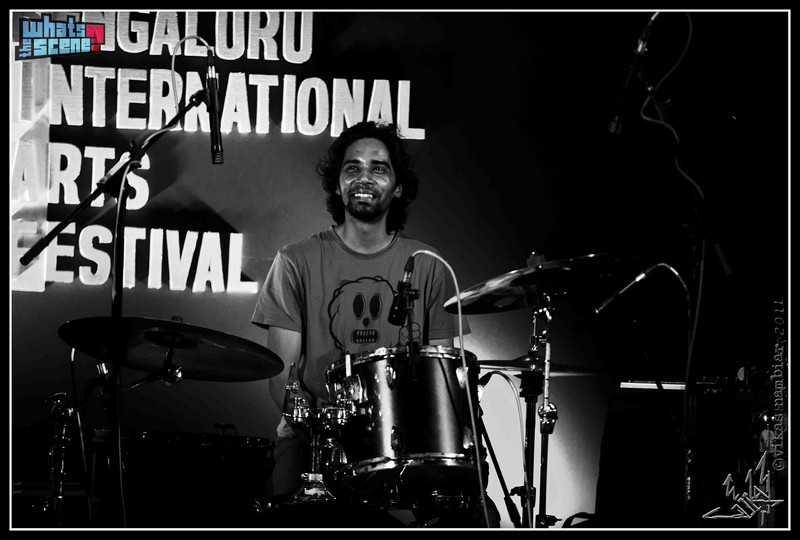 ‘Elephant Walk’, a tornado of thundering drums and running bass-lines was the penultimate song the band played before completing their impressive set with ‘Seven Eight Nine’, a song that nicely builds to a massive crescendo helped along with a tight rumbling bass-line. 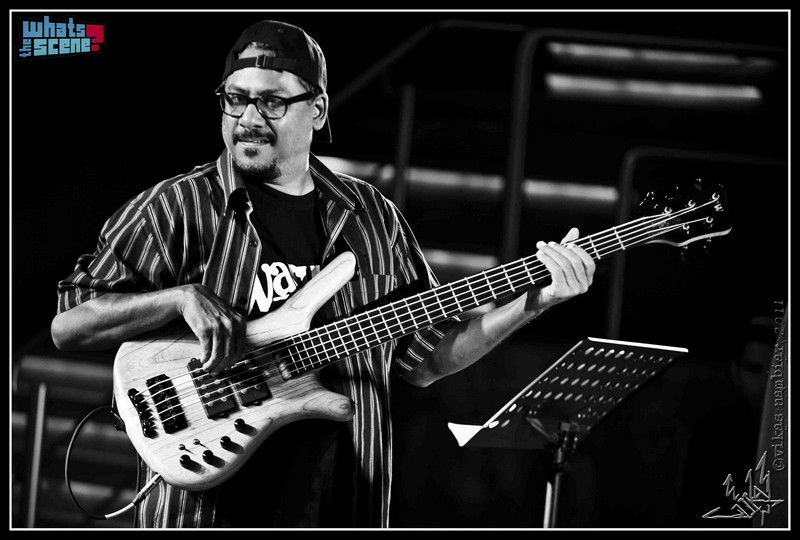 Experimental Norweigian duo FOOD, were on stage next with virtuoso slide-guitarist Prakash Sontakke (I’m sure there’s a joke there somewhere!) Their hour-long set consisted of only two pieces, both entirely improvised. FOOD essentially consists of Iain Bellamy on saxophone and Thomas Strønen who plays the drums and percussion and also controls most of the electronic loops and sound effects. Together with Sontakke, the duo mesmerized the audience with their soundscapes which ranged from the sparse sax punctuated by a single electronica loop to a fusion of mad percussion and slide guitar. 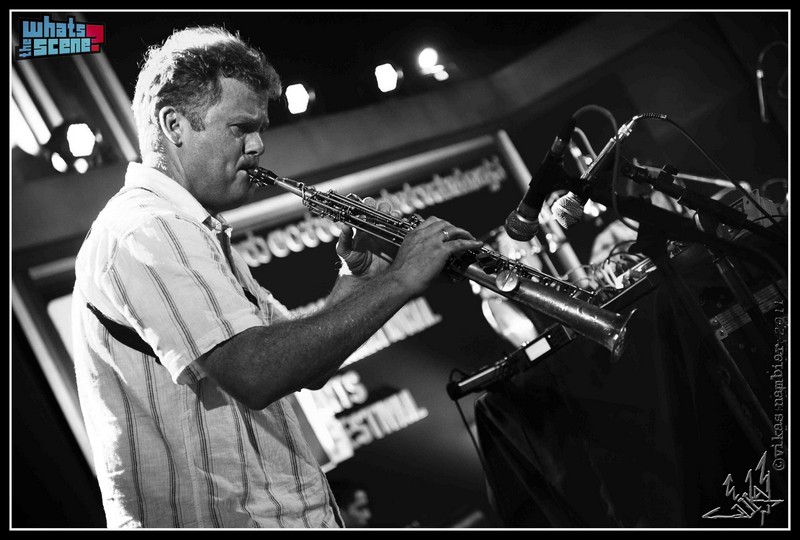 Sontakke was content to play “behind” the duo as they propagated sounds the likes of which the UB City amphitheater had probably never heard before. Admittedly, parts of the 45-minute on-the-spot composition did buckle under its own weight and got a little tedious, but it was interesting to see the direction in which the trio took the song forward. Alas, when the song did come to its conclusion, the crowd had dwindled to half its original strength. Those who stuck around were treated to a streamlined ten minute piece which also featured Sontakke’s rich voice. The star of the performance however was Thomas Strønen who was a monster on the percussion. He played the drums, a bunch of bells and whistles and operated the electronic loops at the same time with the energy of a man possessed. 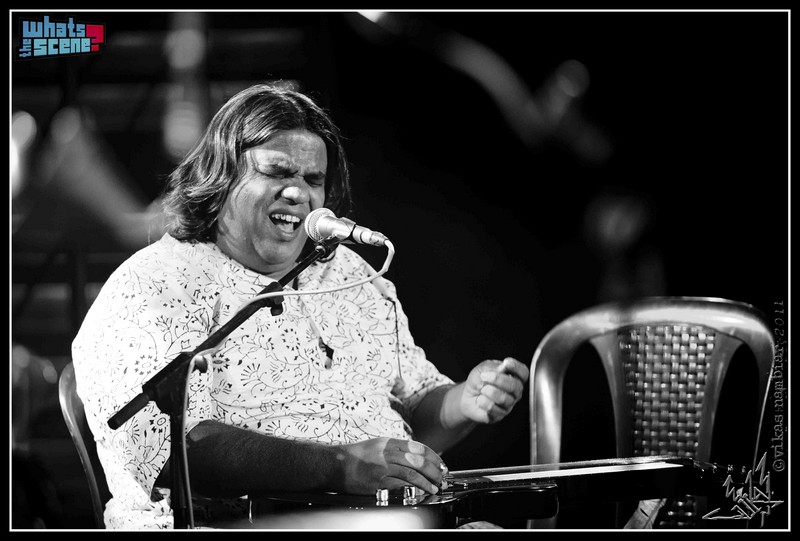 It was a pity that there were only a handful of people left at the end of the show as FOOD + Sontakke really put on a memorable, if not wholly entertaining show. While the BIAF initiative should be lauded, i do feel that some publicity, especially in the online world would have gone a long way in ensuring the larger crowds that these fantastic artistes deserve.