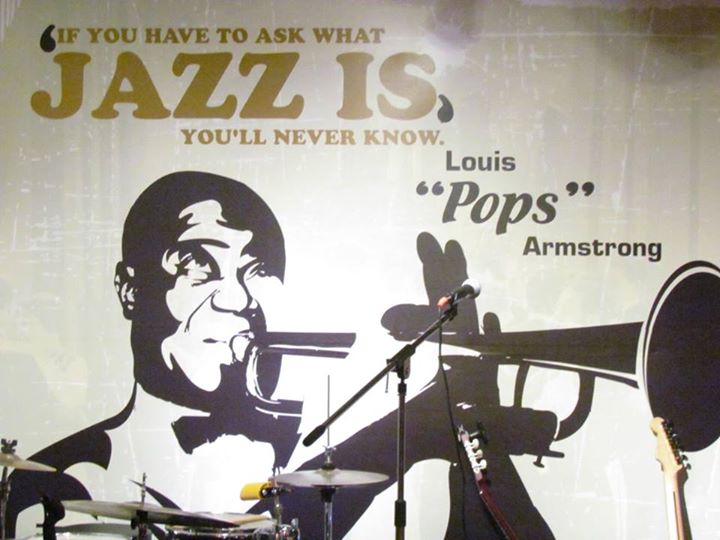 The Jazz Lab written in big red letters demanded to be noticed. Not a genre of music easy to come by in Gurgaon. And a jazz duo certainly seemed an intriguing prospect. Having never heard them, or even of them, I was more than curious, and so I showed up at Speakasy on Saturday night to watch them live. The name of the pub is a tip of the hat to the prohibition era. While distilling, selling and serving alcohol were all prohibited by law, a number of illicit bars, called Speakeasies, mushroomed all over the US. The dimly lit place gives you an old world feel, with its cozy atmosphere, retro-dressed servers, and the superb B/W posters. Just the sort of place you would wish to visit to listen to some smooth jazz while nursing a drink.

Over the banter at the bar, suddenly a voice pipes upHello everyone! With a shy smile, a likely schoolgirl says I am Mark, and he is Ditty pointing to her guitar-slinging companion on stage. A few nervous laughs, and her companion assures everyone that he is, in fact, Mark, and she is Aditi, or Ditty. The duo starts off the night with a mellow song, the title of which I could not catch. Very easy on the ears, the vocal-guitar track takes on a new dimension with an unexpected addition  Dittys trumpet. Not an instrument one sees often, it somehow added to the soothing effect of the song. After the great start, Ditty invited to the stage Nikhil Mawkin on the drums and Arpan Guhathakurta on bass. The quartet moved on to a song called Music. It turned out to be one of my favourite tracks of the night, and I was very happy when the band did an encore. The unhurried fingerstyle guitar lines with their warm tone created a spiral through which Aditis vocals delved deep and soared high. The young lady marched to her own tune, totally lost in her music. The spoken word interlude was superbly executed, and the rhythm section had everything down pat. Glad I recorded the song during the encore. 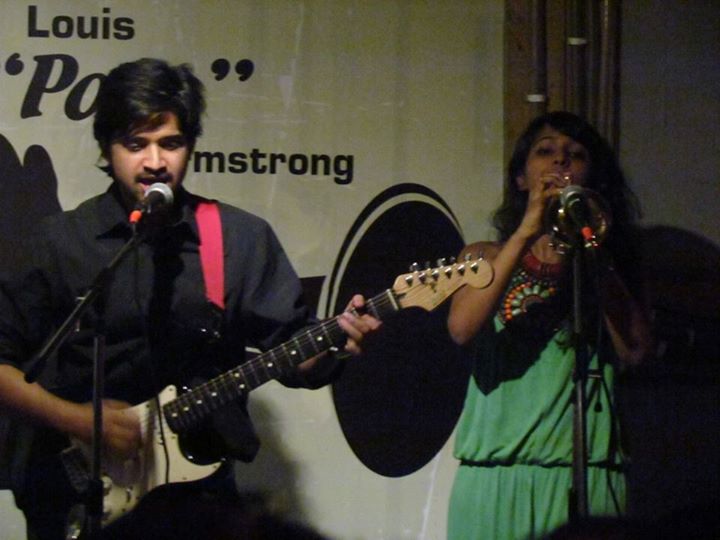 Next up was a song that Mark introduced as Anglo-Nigerian Jazz, followed by another track which reminded me of Black Velvet. The latter started off soft and soothing, with the tempo slowly building up. Loved Nikhils big-drum sound on this. The band played a couple more originals. I couldnt catch the names of the tracks, but it was turning out to be a calm, unhurried experience that a Saturday evening ought to be. I had never heard these songs before, but their music has a comfortable familiarity, that makes you feel you have known and hummed and loved these songs for a spell.

The band shifted gears, lest anyone typecast them, and showed that they can shake things up a bit. Launching into the next number that had clear funk influences, Mark switched from his restrained guitar playing to belt out some superb licks and a brilliant solo that was surely one of the highlights of the evening. Ditty too held nothing back, hitting the high notes just right. Her voice is soft and sensuous one instant, and powerful and edgy the next. Theres tremendous energy on stage, and the four are clearly having fun. Seamlessly moving from a Brazilian song to Tom & Jerry to Janis Joplins Piece of my heart, getting the crowd to join in on the wooh-oh-take it refrain, the duo have an air of quiet assurance about them. They have been playing together for a year now, but seeing them on stage its easy to believe theyve been doing this a lot longer.

Over the next few songs they showcase their influences, ranging from Latin, funk and R&B, which make up their brand of alternative Jazz. The trumpet comes into play at just the right times, sounding mournful or cheery, depending on the song, while the (mostly) minimalist guitarwork creates interesting spaces. Their interpretation of Jailer by Asa was very well received. It was their own compositions, however, that made for the most compelling listening. Moonlighter has a lilting, haunting melody, a song for everyone who comes alive at night. I know Im a moonlighter, are you? Ditty asks, and tells you to let the night make you step out of yourself.  Since the gig, Ive tracked this song down and its on repeat play. Just to let you in has noticeable funk elements and is a very jam-worthy song. The Latin-influenced Illuminated is about a matchstick that wants to be lit up, but is waiting for the right stroke. 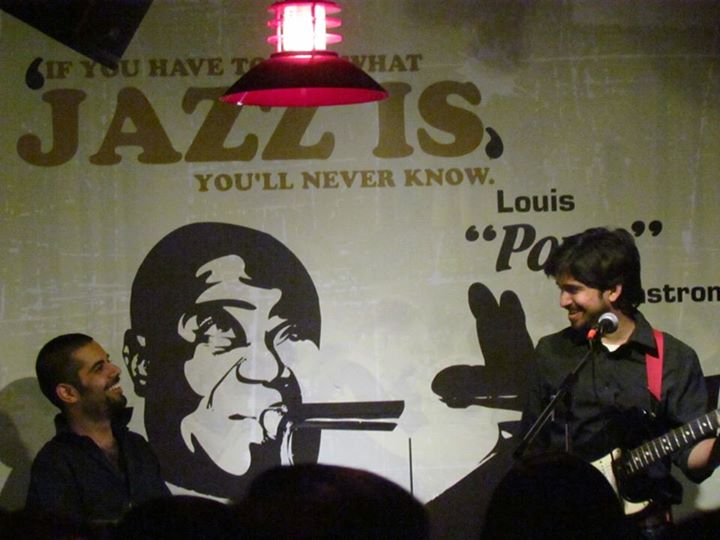 Having regaled the audience for two hours, they announced that it was the end of their set, but the spellbound crowd clearly wanted more. Amid loud cheering, Ditty & Mark agreed to play one more song, and I was delighted that they chose Music. As they took a bow, the duo introduced their guest musicians again, and mentioned that their regular drummer had to drop out at the last moment and Nikhil had agreed to come on board on the morning of the gig. Considering how well he held the rhythm section together, one cant help but applaud the guy, who is equally competent with the guitar. Id first seen Nikhil at the NH7 Weekender as the guitar-toting half of Parvati and Mawkin, which was one of my favourite acts of the fest. Arpan provides brilliant low-end grunt, and is quite a charged up presence on stage.

The Luke Kenny Mojo Jukebox at The Blue Frog