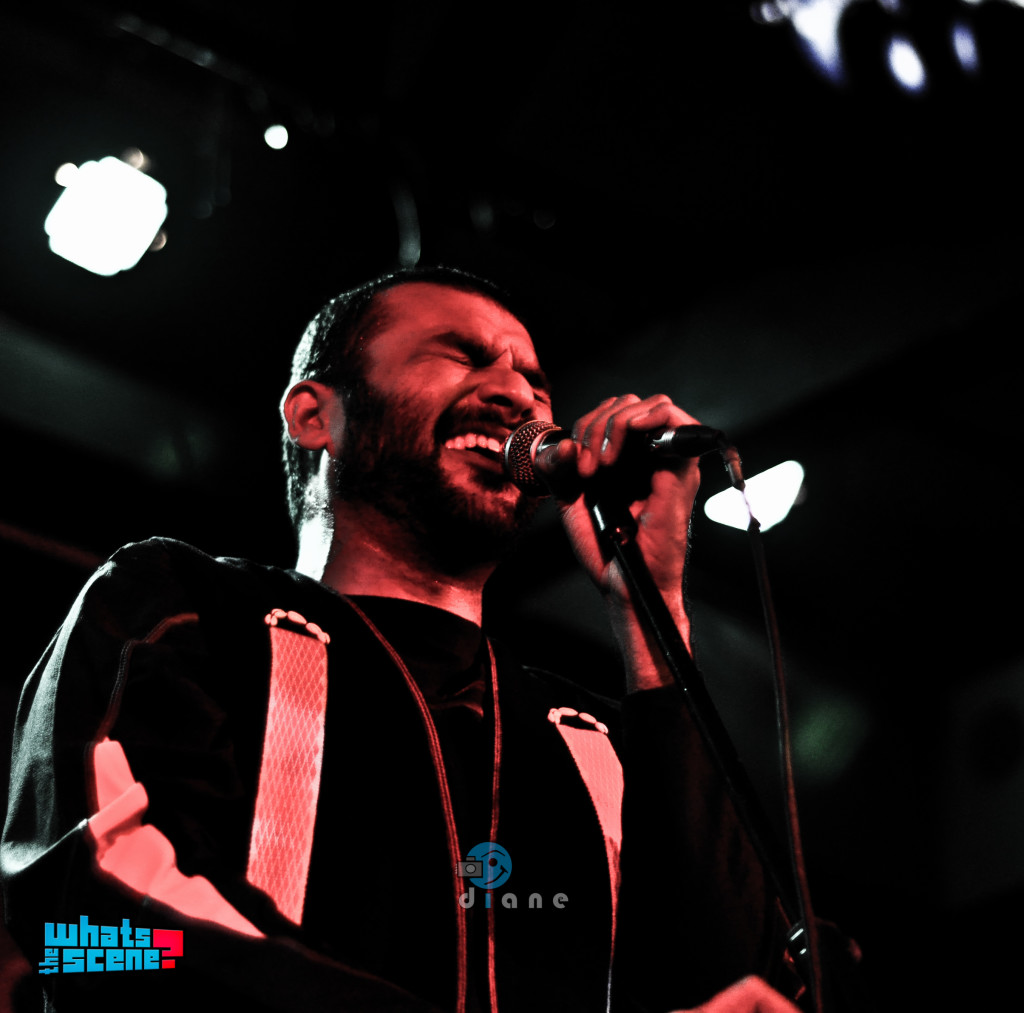 On the 15th of May, somewhere in Mumbai a bunch of doctors successfully performed a rare heart operation, construction work came to halt, and Mahesh Bhatt noticed that Sanjay Dutt had been crying. Away from all of this, within the stylistic confines of The Blue Frog, a hundred or so people grooved as if in a trance. Mumbai based band, Tough on Tobacco had transported its audience from the usual laptrap of the city, into the world of funk, reggae, rock and eccentricity.

The band was launching their second album Big Big Joke with a gig at the Frog that night and they started off their set with College of Life. The catchy intro on rhythm proved to be the perfect crowd puller and by the time the band moved on to their next song Come On Down, the crowd really had come down. The only setback was the backing vox which could hardly be heard through the mix. The reggae, funk styled song had most of the house on their feet.

The band then moved on to Rock N Roll Party. The chirpy upbeat tempo alternating with a headbang-worthy beat proved to be a rare treat for the audience. The crowd jumped and nodded their heads to the unabashed rhythm of this energy avalanche and appreciated it with a generous amount of hooting. This was followed by the song Dog that saw Jai Row Kavi go crazy on his drum-set and Door with Gaurav Gupta on vocals for the intro.

This is a song about you, said Sidd Coutto before beginning with the bands next song, Wonder. The song was magic combined with the effect of the blue gobo-filtered lights and caught the audience spellbound. It was the perfect build-up required to play Happy which seemed to completely consume the audience in a sort of musical hug. The first half was given the perfect end with the song Alone, which was a crowd favourite.

Sidd Coutto finally took a break from his robo-hipster influenced stage antics and got down to talking about their new album. ToTs second album was being launched after a hiatus of four years, he said. The projection screens started to drop down as the band announced Watch this video about the making of the album and the album art.

What ensued was an absolute cracker. The people in the audience were beside themselves with laughter as they saw Jai(aunty) pointing disgustedly with an eeee at her daughter(Johan Pais) as she(he) spitted food out. The video captured this being repeated around four times in order to capture the perfect shot.  Jai(aunty), was clearly the crowds favourite for the night with a stride and pitch that was very much stereotypically lady-like and actions that were not at all. The video was a piece of marketing wizardry with five humorous lads/band mates/family members trying to tickle every bone in your body.

Then video ended, the screen was lifted up and ToT dived straight into the first song from their new album, Do What You Gotta Do. Its not really new material since the band has been playing songs from its second album before official release since 2010. The song, Yahweh, came next and like its predecessor saw many in the audience singing along with the chorus. The third song from Big Big Joke was Follow Your Dreams. Sidd Coutto is perhaps one of the few front men out there who dont look down upon their audience from above stage. Whether he is singing about following your dreams or singing about how happy it has made him to do so, the lyrics can be seen reflected on his face as emotions. Raw and real, just as he is. Its probably this very quality that enables Coutto to engage a viewer and truly be able to move them.

Songs Ordinary, with Gaurav on the lead vocals and Big Big Joke, the title track, were played in quick succession. The soft mellow tunes were like a sweet balm, add to this Pozy Dhars sweeping solos, and you have a very happy audience. Rock ballad Love Love Love followed by Blow Yourself Away were the highlights of the night in terms of Couttos dramatics. The band members were grinning playfully at each other and making comical faces. They seemed to be really enjoying themselves on stage.  Midway through Blow Yourself Away, Coutto introduced the band in his typical sing-song manner.

The set, as usual, was ended with a hot favourite Smoke Some Ganja with a guest appearance by Tracy Pais, wife of Johan Pais. Coutto called her on stage to celebrate her birthday. Jai Row Kavi is handed a mic and Tracy and him work out a funny on-the-spot Marathi improvisation laced with nonsensical exclamations and animated voices that has the audience rolling on the floor, laughing. Then the song reached its climax and the audience and band members went crazy in unison jumping and dancing to the upbeat second half of Smoke Some Ganja. The song ended too soon and the band was already packing up as Sidd thanked the audience and briefly explained where one can get access to the download codes.

Among the audience that seemed to be coping with what looked like withdrawal symptoms after having consumed some very addictive tunes, one could see many celebrities from the Indian independent music scene. There was Vishal Dadlani, Karsh Kale, Gino Banks, Vinayak Pol, Warren Mendonsa , Bobby Talwar, Rohit  Pereira, Akshay Rajpurohit to name a few. As the show concluded, they all had one thing in common as did everyone else in Blue Frog.  Smiles of contentment.