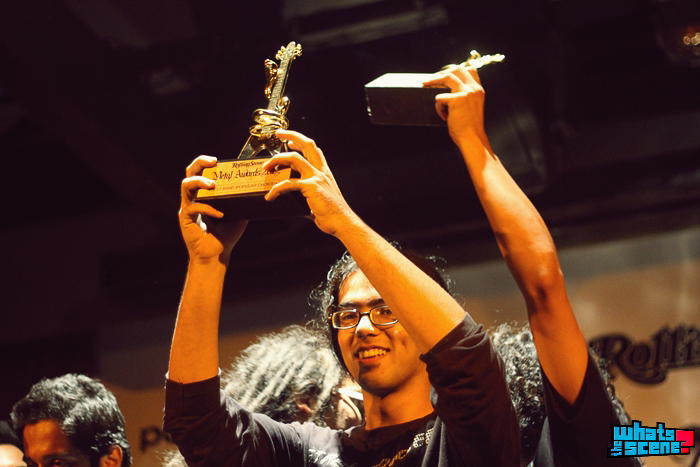 The third edition of The Rolling Stones Metal Awards took place at The Blue Frog, a venue that has supported this initiative of celebrating the Indian metal scene by giving bands due credit for the efforts they’ve put in over the year. The event had a total turnout of around 600 people and one could safely say that they all had an amazing night. 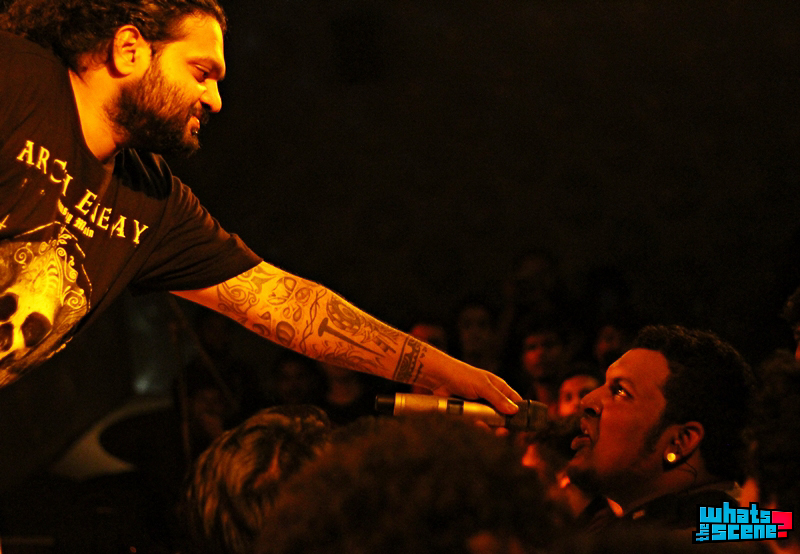 Rohit Pereira, popularly known as the P-man, was the emcee for the night who tickled everyones funny bones with his comical antics and witty one-liners. The first band to take to the stage was Pangea  the progressive metal band from Bombay consisting of Akshay Rajpurohit, Shadaab Kadri and Kuber Sharma on guitars (all seven string guitars). The band was joined by the awesome duo, Jai Row Kavi and Rushad Mistry of Indus creed fame, on the drums and bass respectively. Despite the fact that the band was playing its first gig ever , they sounded very professional on stage and performed songs from their debut album Snails Are When I Was Young. The band may not have won any award that night but made all the right noises with their debut gig and with their layered, melodic and almost ambient metal tunes. They are surely a wonderful addition to the already exciting metal scene in the country. 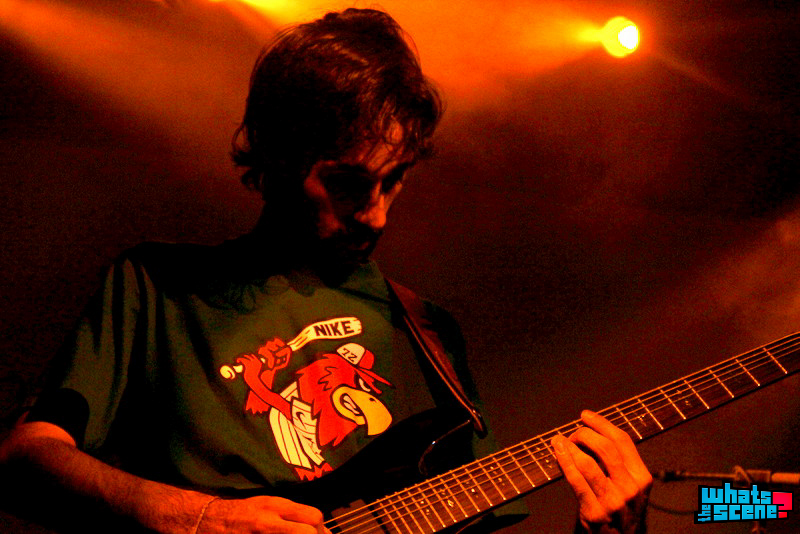 Next up on stage was Providence, clearly the stars of the night. This metalcore band from Bombay,  was playing with their new vocalist Karan Pote (ex- Noiseware and Abraxas) after Sunnieth quit the band last month and went on to win five awards that night. Pote seemed to have fit into Sunnieths shoes with consummate ease as the band got the moshpit going with songs from their album Vanguard. The band was joined by Sunnieth on stage for their last song Prosthetics. The teamed growls from Sunnieth and Karan threw the crowd into frenzy – certainly one of the highlights of the night. 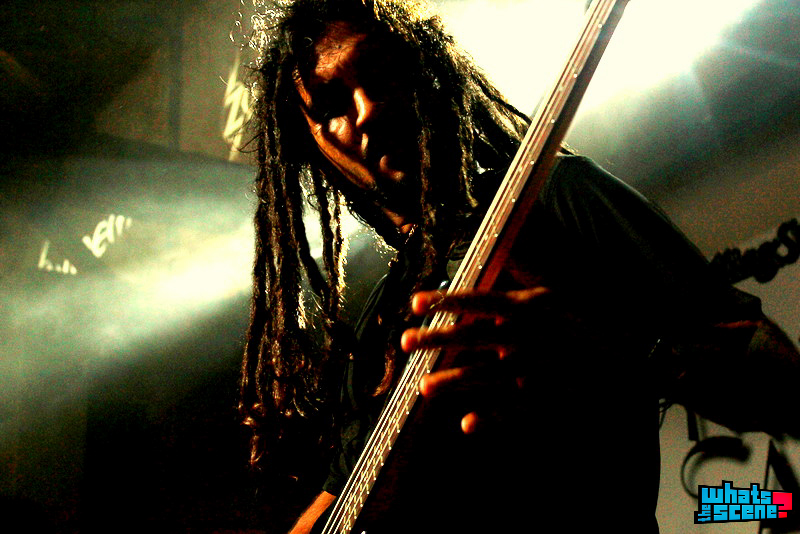 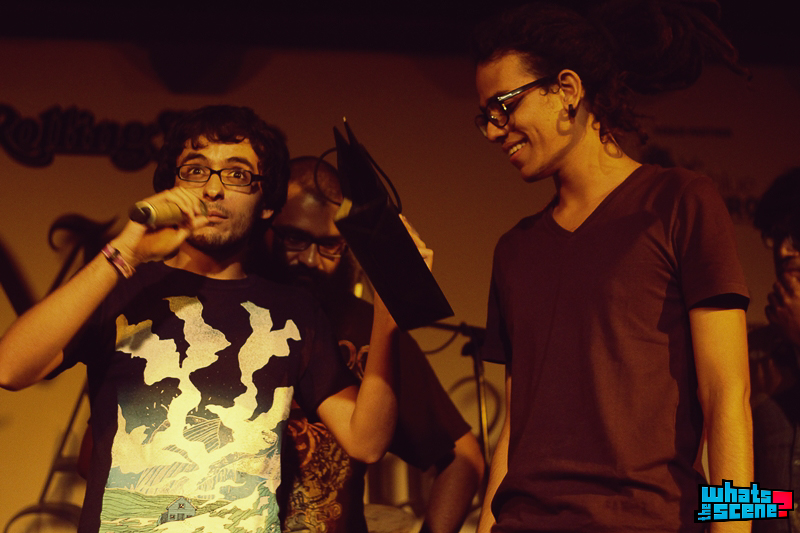 After this, Karan Pote was back on stage with his metal band from Pune, Abraxas. The band continued from where Providence left off and with the twin guitar attack of Abhimanyu and Vinay shredding away to glory, ably supported by Naman on drums and Kenneth on bass, the band got the circular pits going at certain points in their set. A lot of people from Pune had specifically driven down to catch Abraxas live and the band didnt disappoint one bit as they played some of their most popular tracks like Deviation, Eyes of Disgrace, I Remember among others to get the crowds really going before winding up their set with another crowd favourite, Sweet Sufferings. 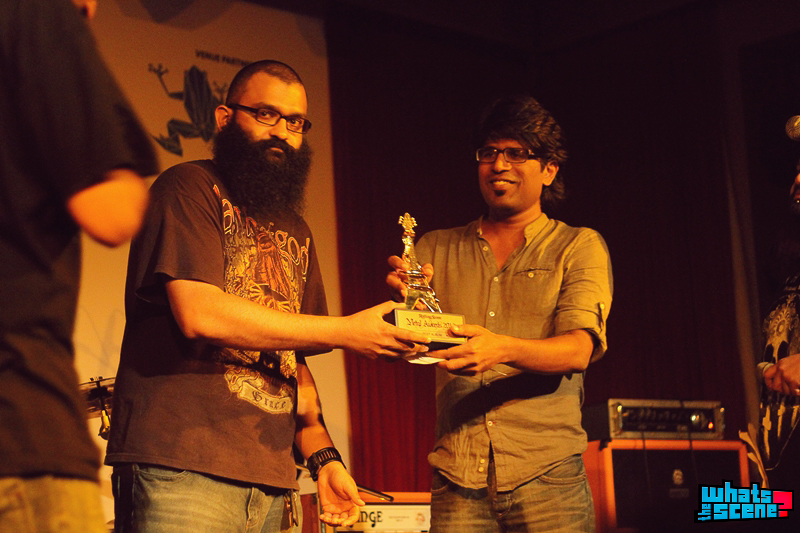 The next category was Best Guitarist which was bagged by Keshav Dhar of Skyharbor. While Sunnieth Revankar of Bhayanak Maut won the award for Best Vocalist for his work with his former band Providence, while defeating himself for his own work with Skyharbor, which was also nominated in the same category.

The next set of awards was for the Popular Choice category. Skyharbors Maeva won the award for Best Song, and Providence bagged the next two awards for both Best Band  and Best Album for their album Vanguard. 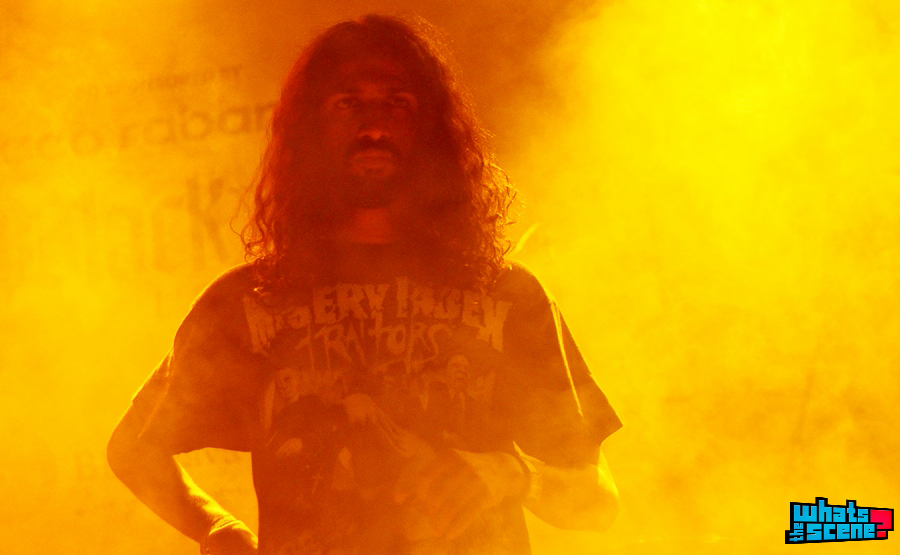 Bangalore-based metal band Eccentric Pendulum who had a very successful night themselves, took to the stage next. The band, fresh from winning awards for Best Drummer and Best Bassist earlier that night, put together a very tight set playing songs from their album Winding the Optics, while also playing some of their new songs like, Resisting the Equation. 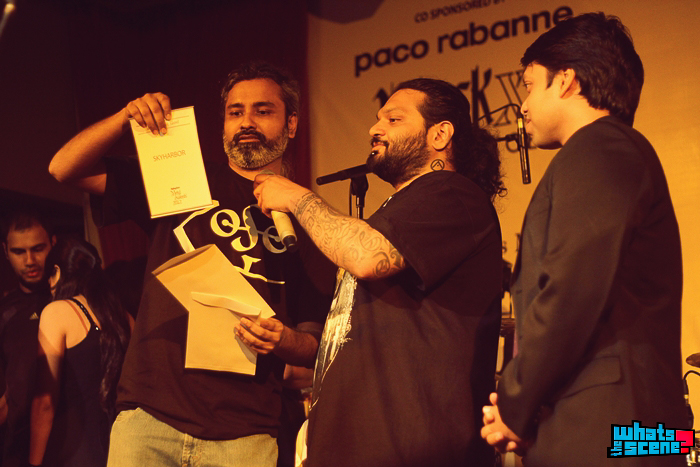 The last award for the night was the coveted Critics Choice Award for Best Metal Band, which was bagged by Goddess Gagged from Bombay. The closing act for the night was the mighty Zygnema, who will be representing India at the Wacken Open Air festival in Germany later this year. The energy that the bands frontman Jimmy brings into every performance is phenomenal and Sunday night was no different. Add to that the genius of Sidharth Kadadi on guitars, the brilliance of Mayank on drums and Ravi on bass, and you have all the ingredients for an explosive performance! The crowd went berserk as they broke into a huge circular pit in front of the stage, while the band belted out songs from their album Born of Unity, including crowd favourite 59(which has almost become an anthem now) along with some newer tracks like  Endangered. 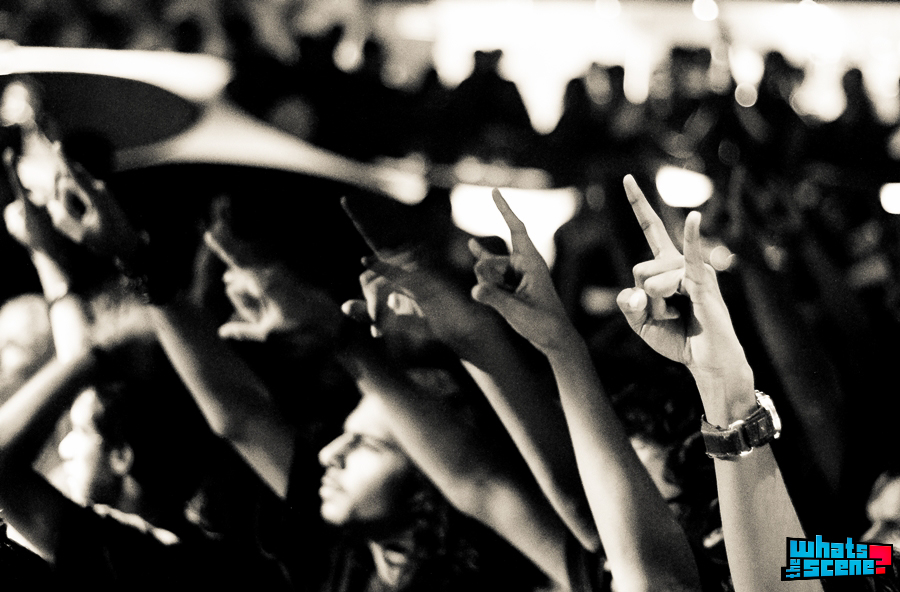 To say the night was phenomenal would be an understatement. Watching the pioneers of metal in India and all their fans under one roof celebrating the growth of the Indian metal scene was testimony to their love for metal and its success India.