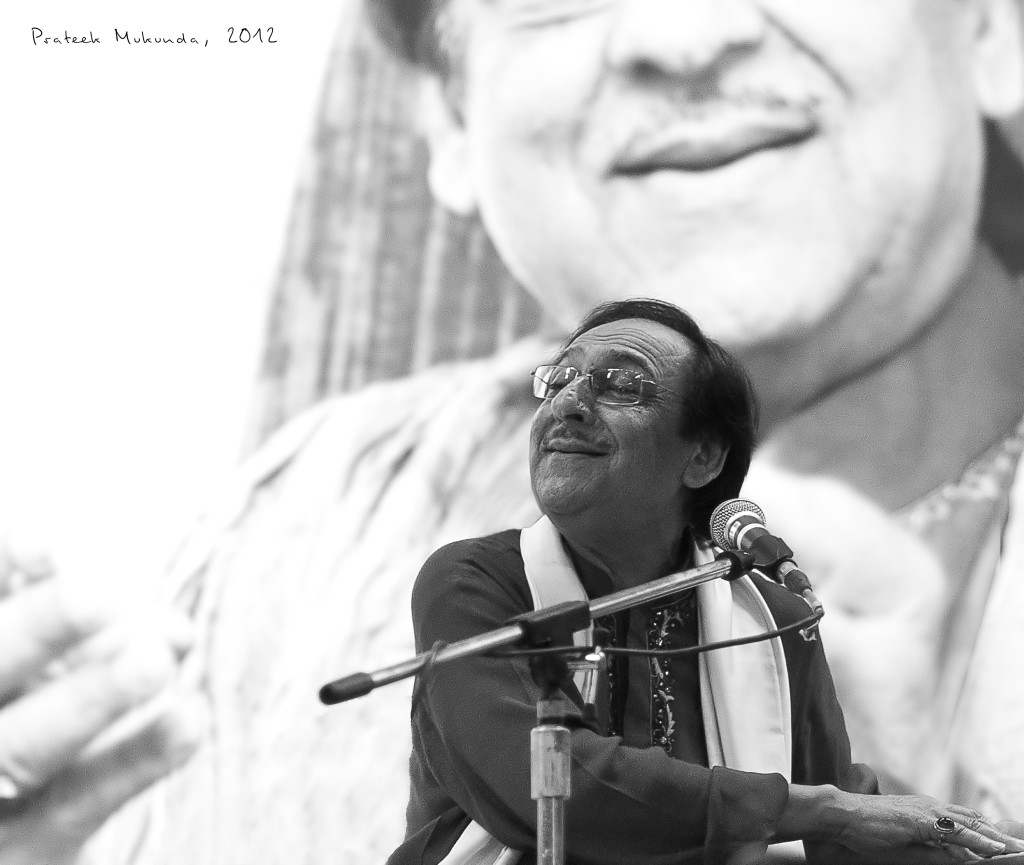 This is not a review. An account is more like it, because it requires sheer stature to “review” a performance by an artist, a maestro, a legend, who one has grown up listening to. Although Ghazals in today’s scenario are a dying art form, they are still considered as one which involves immense taste. One always associates Ghazals with the sensibility of the soul.

If you are an avid Ghazal listener, you are considered as an individual who possesses fine taste which is needed to understand the intricacies of the songs – the harmonious melodies, the soul-stirring couplets, the subtleties and nuances in the presentation style. After all, these aren’t miraculously developed overnight. It takes a lot of patience and an environment to imbibe a love for this very elitist art, because of its much shielded nature; not as in-your-face as the music we usually listen to. The world’s deepest thoughts can be conveyed in merely a few lines of couplets, or shers as they are commonly known. A special mention must go to poets such as Mirza Ghalib or Amir Khusro who were blessed with the divine gift of being able to describe the most beautiful phenomena in the universe with the most appropriate words. 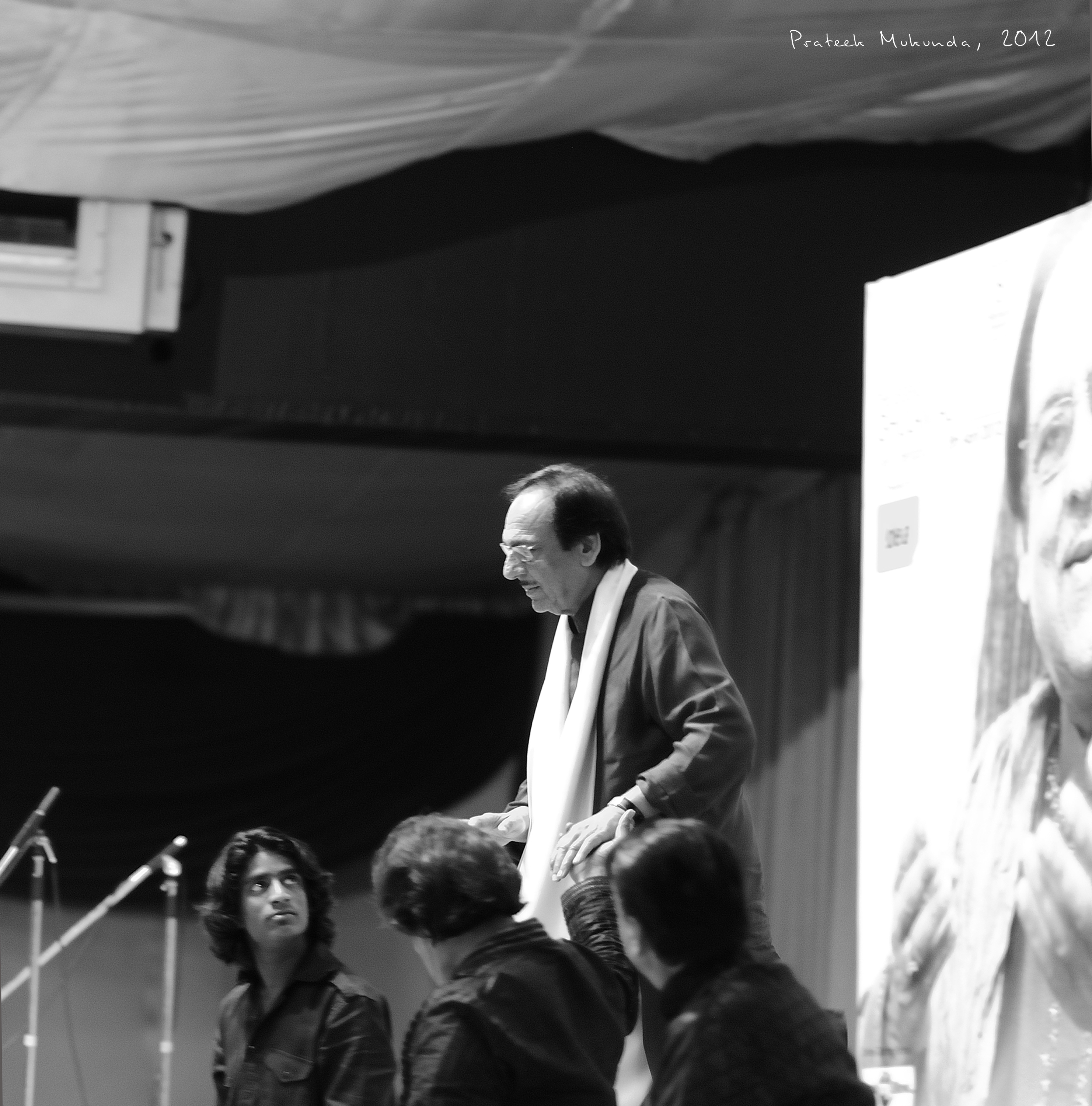 When the concert began, people took their seats and were greeted by a mesmerizing opening act by Praveen Rao and Troupe, who rendered two wonderful Ghazals, which created the perfect setting and mood that would be the staple point of the evening upon which the legend would merely enunciate. After this opening act, the crowd began to grow a little restless in their anticipation of the Ustaad, a sentiment which wasn’t being appeased by the repeated announcements by the Emcee, who kept stating that the maestro would grace us with his presence shortly.

However, two hours later, all that fizzled away into oblivion when Ghulam Ali saab arrived from the green room to cheers which were usually reserved for rock stars and not elite Ghazal exponents, dressed in his quintessential attire, seeming as if he had not aged a day. As he graced the stage and did his customary sound check, we took our seats and waited in awe for the legend to commence. He did undergo some fits of tantrums at the sound quality and at the callousness of the organizers and the public. One such occurrence of this instance was his curt reply to a member of the audience who whistled with joy when he started singing – “Masha-allah, kamaal ki seeti hai. Meharbaani karke dobara mat bajaana yaar” (“By the Grace of God, a wonderful whistle. Please, don’t do it again, friend”). Another occurrence was when he stopped the orchestra at the sight of the organizers serving refreshments to the audience, to which he said, “Yeh mujhe de do, main baat dunga! Yeh koi tareeka hota hai?” (“Give these to me, I’ll distribute them! Is this the way it’s done?”) followed by “Ab inke juice ke chakkar mein main sher bhool gaya” (“Now because of their juice, I’ve forgotten my couplets”), to much applause from the audience. Nevertheless, after all this was brushed aside, the Master geared up to give us all an evening to remember. 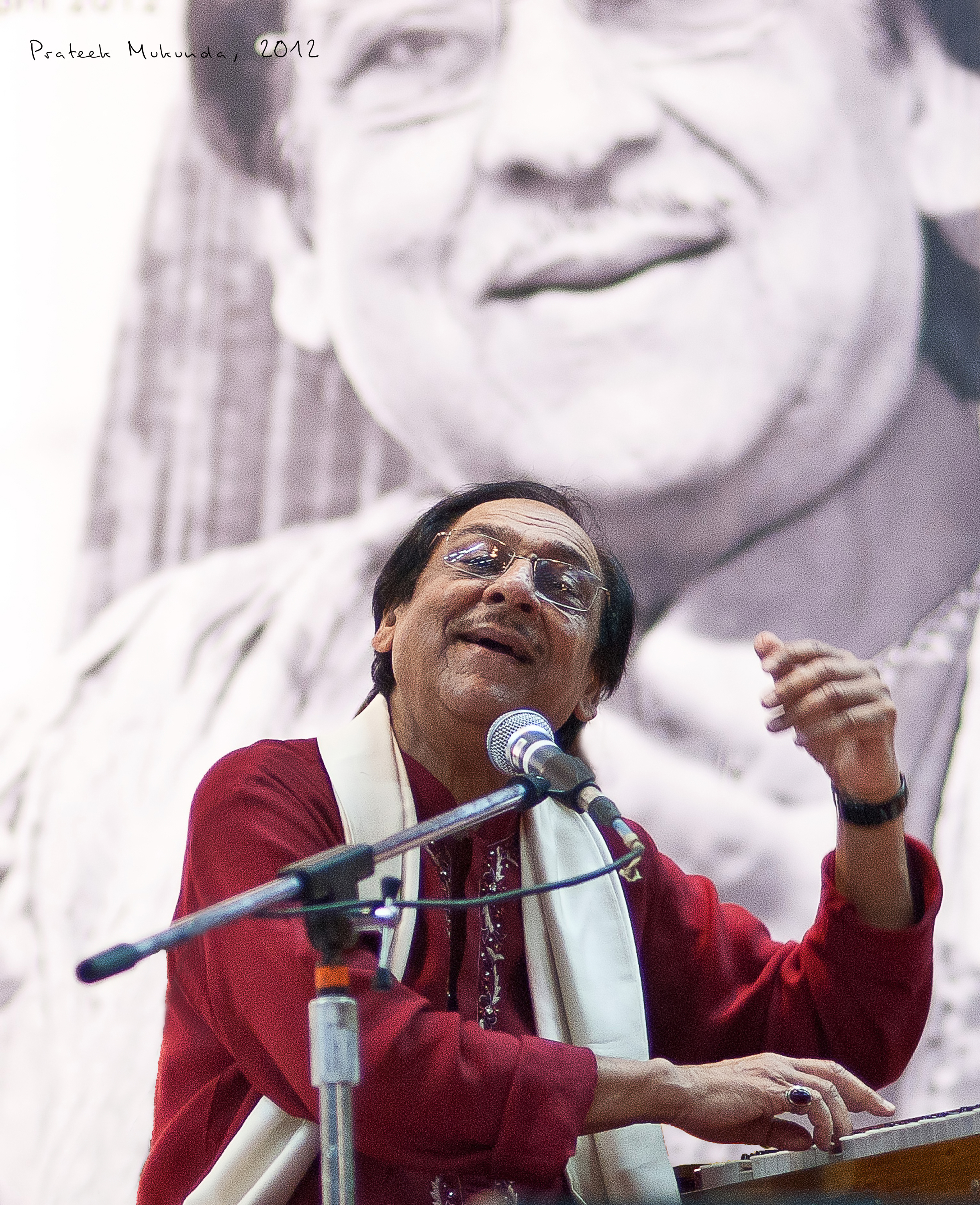 The concert was packed with everything I had expected to see. Witnessing his infectious charm when interacting with the crowd, intermittent bursts of tantrums, his mischievous smile, certain gestures to the crowd, and the mesmerizing improvisations to his songs that were archetypal Ghulam Ali traits, there wasn’t a shadow of doubt in anyone’s mind that this was sheer genius on display. After starting the show with three relatively unknown Ghazals, ‘Apni Tasweer Ko’, ‘Phir Kisi Rehguzar Par Shayad’ and ‘Yeh Baatein Jhooti Baatein Hain’, he reverted to his greatest hits at the demands of the ecstatic crowd which was, fortunately for music in general, a healthy mix of the young and old. The revered aura he was generating discounted any faults that had happened leading up and during the event. The moment he sang the opening lines of ‘Dil Mein Ik Lehar Si Uthi Hai Abhi’ and began improvising the titular line, vivid joy and awe flushed on people’s faces and they kept screaming in joy as he proceeded to show us the different notes which he can make the “waves” sound like. This was followed by one of his signature songs, ‘Awaragi’,  which simply carried on from where the previous song had taken off. In spite of booming requests for ‘Hum Ko Kiske Gham Ne Maara’ and ‘Pata Laga Mainu Hondi Ki Judaai’, due to shortage of time, he could promise us one last song. Just when we thought he hadn’t sung most of his famous numbers, he conjured, out of nowhere, a combined melody of ‘Chupke Chupke Raat Din’, ‘Hungama Ha Kyon Barpa’ and a few of his Punjabi hits such as the wonderful ‘Baija Mere Kol Tenu Takhda Rawaa’, which rendered each and every person in the crowd yearning for more. 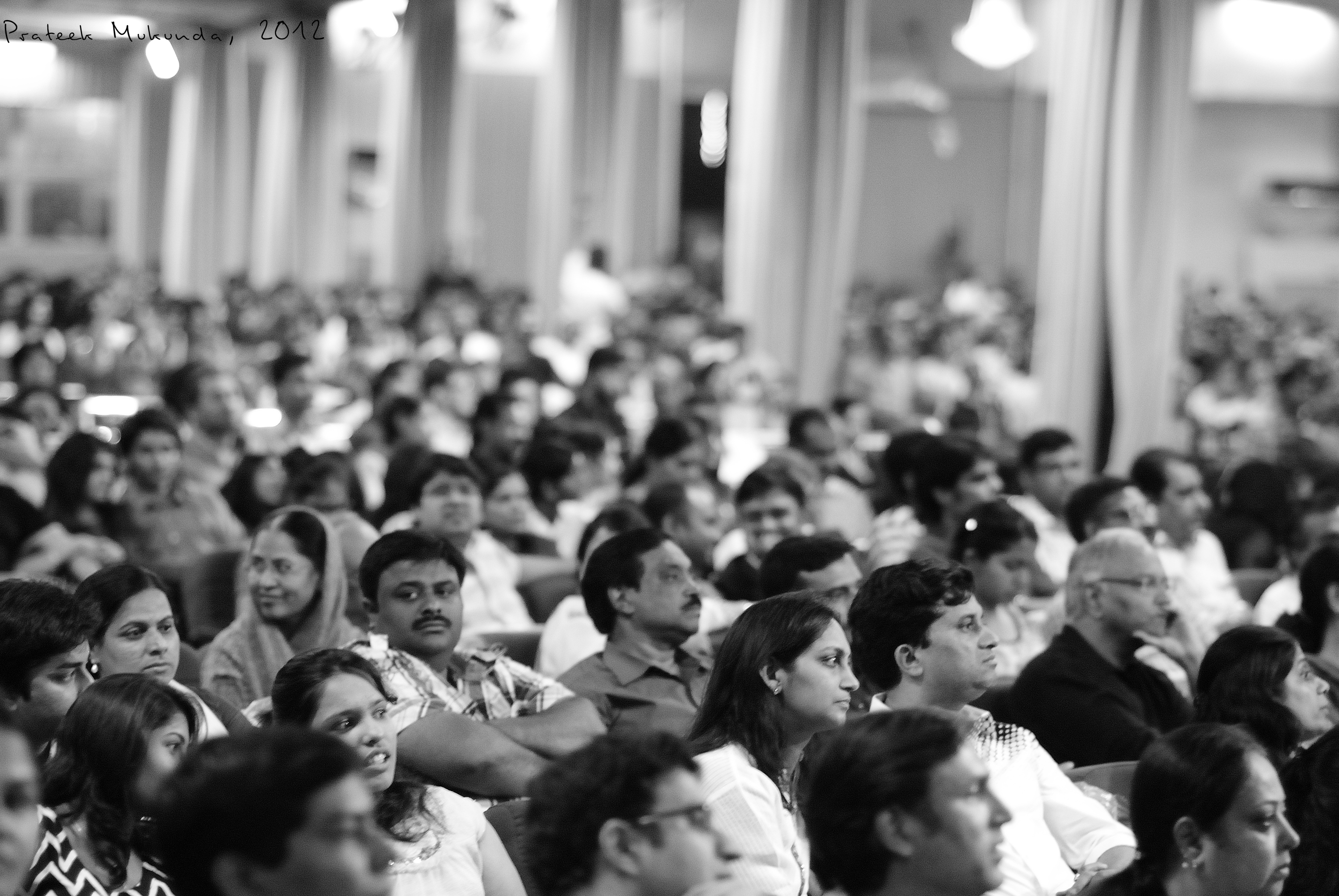 The show ended with felicitations by the organizers and on observing a frantic crowd wanting an up-close and personal glimpse of the legend, he bid us adieu and retreated to the sanctity of the green room, leaving a plethora of people waiting outside in the hope of getting a souvenir photograph with him. A few others just sat at their seats, soaking in the vitality of the genius they had just witnessed. Even though it appeared at quite a number of occasions that age had caught up with his voice, it was evident that not even time has managed to erode an ounce off his charm and charisma, which just added to his magical aura. One word should appropriately suffice to describe the experience – enchanting. It is certain that one thing was struck off from many people’s bucket lists.