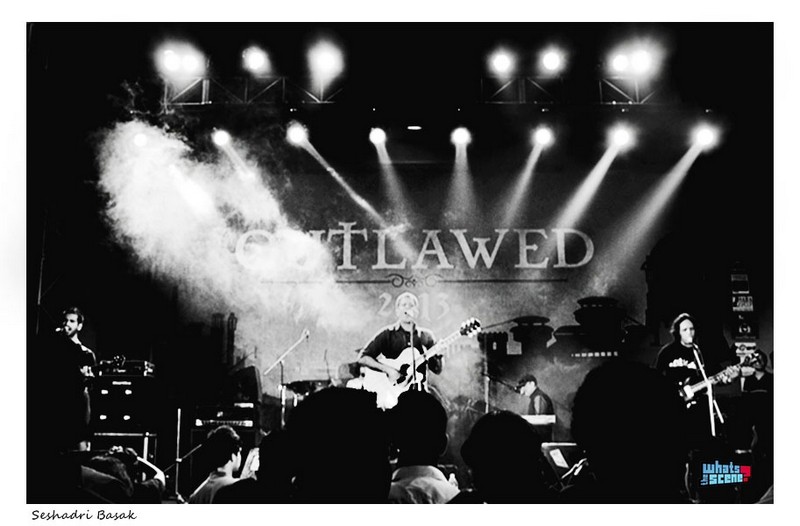 This was my second time at an Indus Creed gig. I was equally stoked as the last time I had seen them as a kid. When I went into the grand and beautiful courtyard after my ritualistic cigarette at five past 8 in the oddly chilly Calcutta evening, Indus Creed were already on stage and ready to rock the place.  They sparked the fire on the stage with Dissolve from their latest album. This was followed by The Money, which is a jumpy track in itself and to top that, Uday Benegal was displaying some brilliant stage performance with his signature Monkey Dance. From this point onwards it was evident that the crowd was having a ball despite Jai Row Kavi’s absence with Andrew filling in for him. Indus Creed struck all the right chords and the crowd literally swayed with the music. 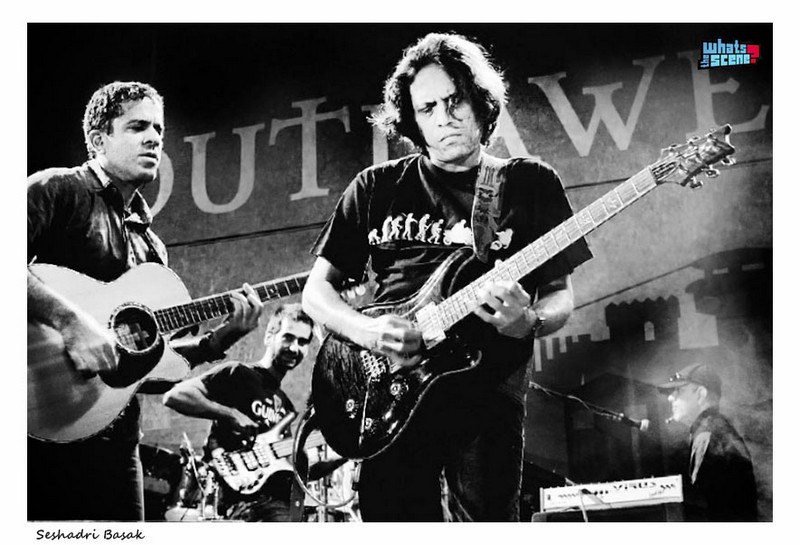 Indus Creed moved into some classic stuff from the ol times with Trapped from their self-titled third album. Unlike the other songs they played from the album Evolve, this song sounded way different from the album version. The bass was extremely prominent and the outro was pretty much a free-jam kind of thing which was brilliant.

As the gig proceeded, it was more obvious that the bands output mix was not quite up to the mark. But Indus Creed sounded incredible as they picked up with Fireflies which Uday dedicated to “all the lovely ladies in the crowd” of which there was quite a significant number. Fireflies was a huge hit and the crowd went on to prove this by singing along to the lyrics. 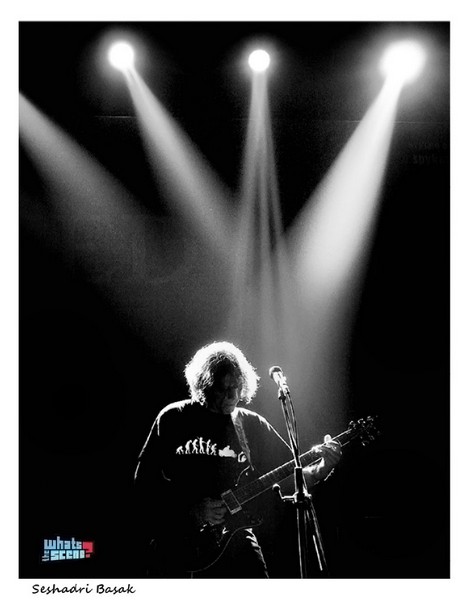 Next up was Cry, the intro of which was starkly different from what was on the CD, primarily because of Zubins tremolo-ish flute tune. This is what music is all about – constantly evolving and changing with time. It felt great being in the front row of an Indus Creed gig all over again. As these thoughts lingered in my mind, IC hit it suddenly with Bulletproof and Mahesh nailed the solo precisely and elegantly. This was followed by Take it harder, during which I noticed that the bass drum skin was that of a white breasted eagle. It looked awesome and fit beautifully into the bands genre.

Pretty Child added to everyones delight and in the sheer excitement, the crowd started singing and jumping around. Between all this, the band started with a grungy and groovy riff that I immediately knew was from No Disgrace, my personal favorite from their latest album. Mahesh topped off this ecstatic moment with some carefully placed pinch harmonics to the riff. As Yoda would have put it, Beautiful, It Was. Enjoy, I Did. 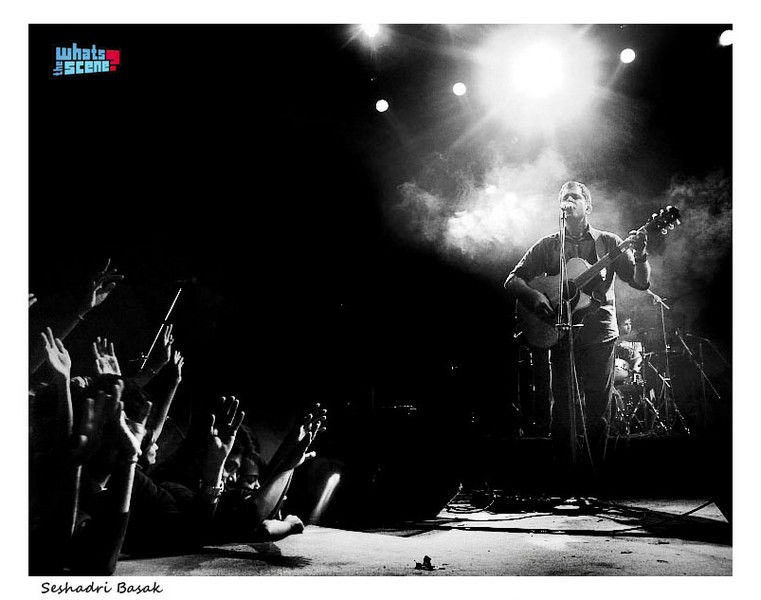 The band then moved its pace into an all classic Indus Creed set with Uday heeding to the crowds request for Pretty Child. Next was the customary band introduction which ended with a beautiful outro to Pretty Child. This was followed by Rock n Roll Renegade from the bands previous album as Rock Machine. There was a sound glitch in the middle of all this with the guitars output disappearing and reappearing mysteriously, but Mahesh and the rest of the band covered it effortlessly.

Indus Creed was planning to end the set with their classic Top of The Rock, but the crowd didnt budge even after the band went off stage. After a little while, with some more pleading and cajoling from the crowd, Uday came on stage and said How could we possibly let such a beautiful crowd down? and started off with Fireflies once again! The response from the crowd after this one was magnificent! 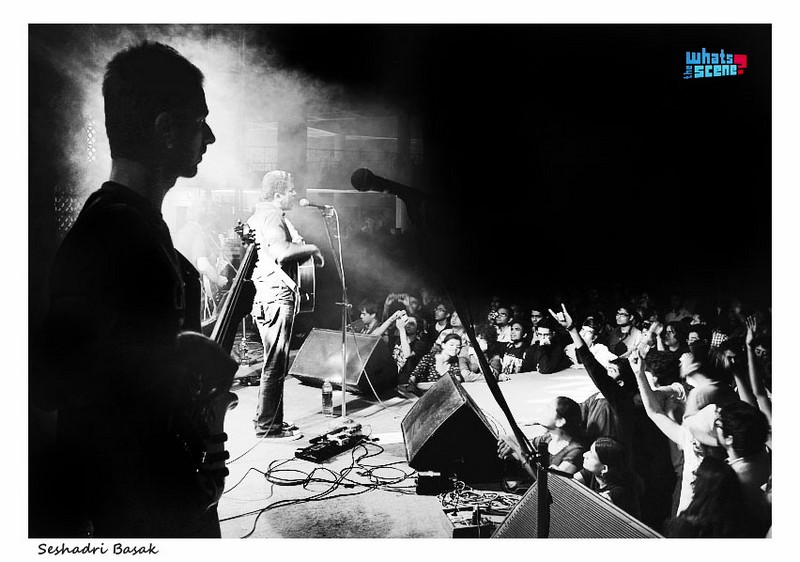 As the band went offstage, fans reached them for autographs and pictures. The most awe-inspiring thing was that after being the epitome of the rock movement in India for nearly three decades, these musicians are unbelievably humble and modest. It was really nice to see them interacting freely with their fans. As all good things come to an end, so did this gig. Quoting Uday, Indus Creed truly Lost their virginity to NUJS, Kolkata.