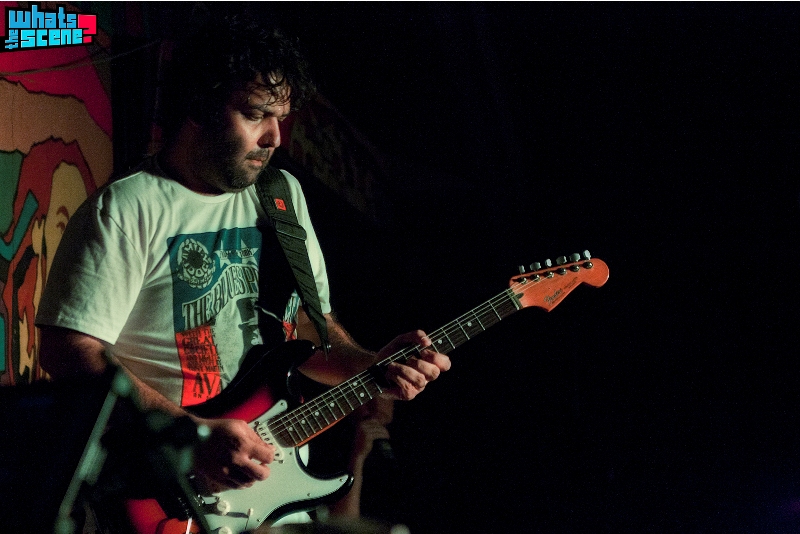 It must not be easy being a blues instrumentalist in India. But then Warren Mendonsa, the brains (and fingers) behind Blackstratblues (BSB), has not exactly trodden the beaten path. As a bright young spark on the Indian rock landscape, his band Zero (with Sidd Coutto, Bobby Talwar and Rajiv Talwar) released two albums and an EP between 1998 and 2005 and was a big part of the resurgence of the scene in that same period. A two-year hiatus to New Zealand followed during which time Warren put together some solo instrumental material that eventually got released as a free-to-download digital album Nights in Shining Karma (2007). 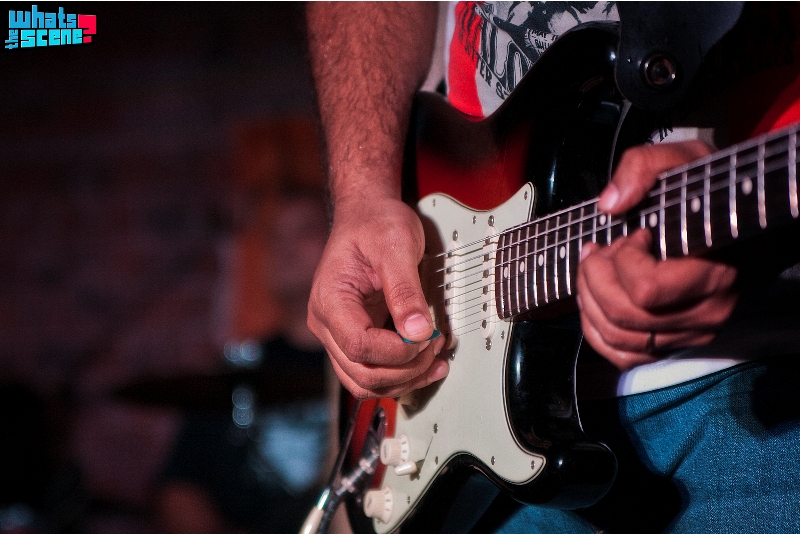 Named after the Mumbai-born guitarists favourite weapon of choice, Blackstratblues have released a couple of albums since then and continue to be a big part of the local live music scene. With Jai Row Kavi on drums, Adi Mistry on bass and Bevan Fonseca on keyboards, this instrumental-only band played at Punes High Spirits Café on a muggy Saturday in May to a packed house. The gig started on time and I walked in, surprised at how many people were already there to watch. The High Spirits is a small place, with high tables interspersed in an open-air verandah facing a smallish stage with a bar at the back, and it was nice to see hordes of young people of both genders enjoying themselves and the music. Pune has been experiencing some pre-monsoon showers and Bombay Rain, with a solid bassline complementing the sweet blues melody, felt really right to set the mood for me. 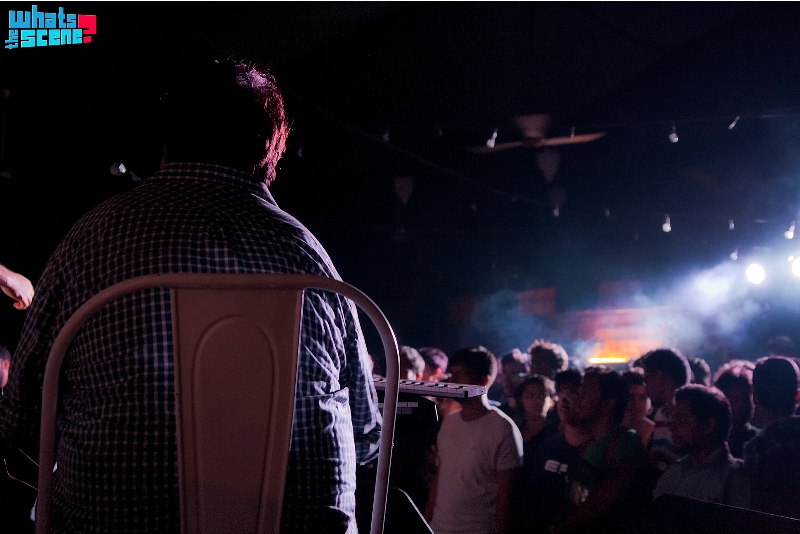 Clearly, Warren attracts a loyal fanbase, and with good reason. The eponymous black Stratocaster is wielded as an instrument of delicate subtlety rather than out-and-out-shredding, and the audience reacts rather well to this approach. Warren is the consummate bluesman, content to chop and lick his way melodically into the listeners heart rather than adopt the arpeggios-at-the speed-of-light approach popularized by so many guitar virtuosos since the 90s. If youre looking for a wannabe Vai or Malmsteen, sorry- youve come to the wrong gig. But if Eric Johnson or Dickey Betts is more of your style, then maybe youll enjoy Blackstratblues. I sure did. 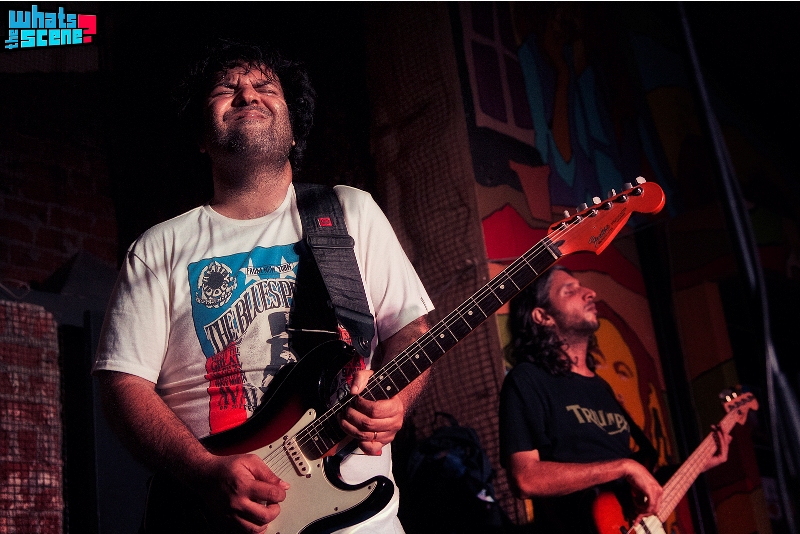 The set was short, around 90 minutes end to end, and there wasnt too much time-wasting or attempts at crowd-pleasing (often the same thing!)  in between. Original followed original in quick succession and, though the tempo of each song varied, I began to drift a bit and used the opportunity to focus on each of the individual performers. What struck me first was that the band seemed to be composed of thorough professionals who seem to enjoy playing together. I noted with surprise that the usually supremely-composed Jai Row Kavi (Indus Creed, Tough on Tobacco) seemed to struggle through a few songs, triggering a suspicion that perhaps blues is just not his genreor maybe he was just having an off day. Warren and bassist Adi Mistry share an easy musical camaraderie that shows in their jamming but the levels on the bass were set up a little too high for my liking, giving it an overall boomy sound. 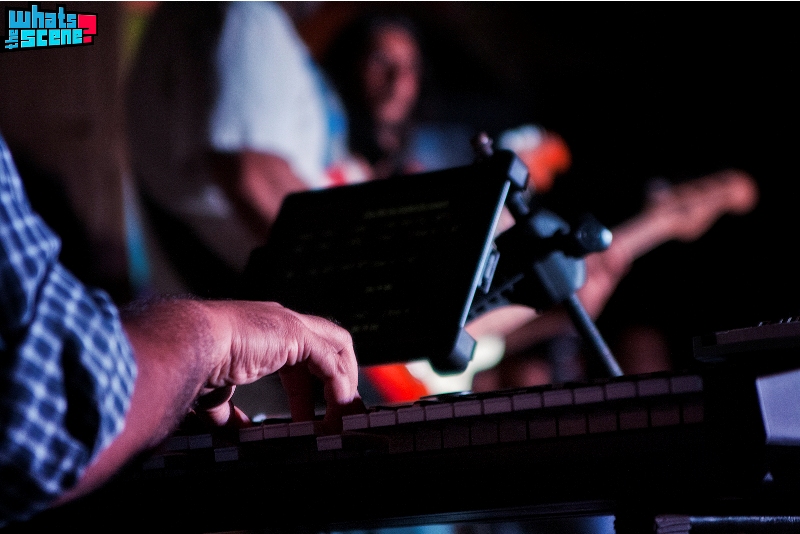 The keyboard player was used mostly for fills and intros, though he came into his own on one or two of the bands originals where Warren was content to just play chords and riffs, a rare sight! Fun factoid: in a 2012 interview to Rolling Stone, Mendonsa revealed that the black Strat after whom the band is named was originally gold in colour: it was painted black in Auckland after a band member taunted him about it! In any case, the black guitar made way for a sunburst Strat later in the show, with a much fatter bluesy tone.  It struck me that Warren prefers this tone, more associated with a Gibson Les Paul/Marshall amp combination than the traditional thin Strat tone. His pedal train may have something to do with that though, to be honest, I didnt get a close look at it and the information on the official BSB webpage seems to be obsolete. 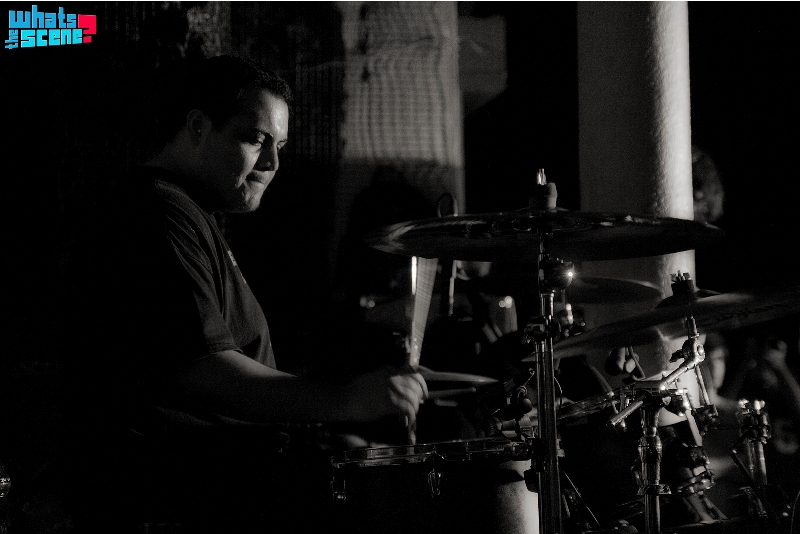 A gig composed entirely of blues instrumentals can get a bit heavy for the audience and it was nice that the band interspersed a couple of covers to liven up the mix. The Beatles ‘Norwegian Mood’, played in a very original manner replete with fat chops, was refreshing. ‘Jessica’, an Allman Brothers Band staple, and more popularly known as the Top Gear theme, was played faithful to the original pretty much. As a purist, I appreciated that! I thought the gig ended early but later learned that a couple of songs had to be cut from the original setlist, so am assuming they were forced to vacate the stage by 11 p.m. as is customary- oh when will this country wise up? 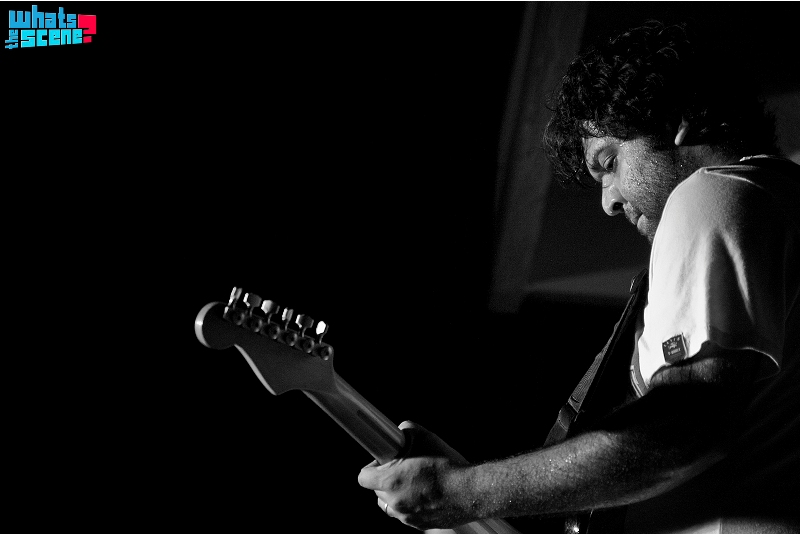 All in all an evening well-spent. The crowd composed of diehard fans who seemed familiar with the music- it would be a stretch to say they sang along since there wasnt much singing to do- which is always a nice feeling for an Indian band. There didnt seem to be any sound glitches or co-ordination issues. Maybe the setlist could also incorporate some acoustic stuff going forward.  As someone who is not intimately familiar with the bands work, I still came away impressed. 10/10 will watch again!