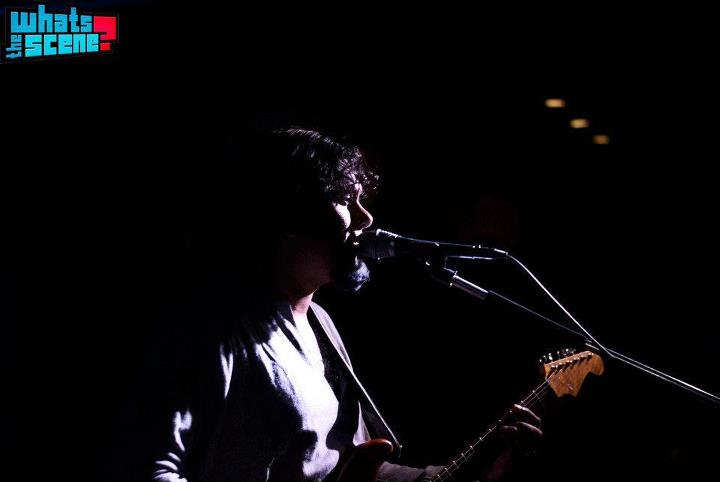 Thermal and a Quarter have never been ones to rest on their laurels. They were the first in India to release a concept album, they released an album on a custom user-license modeled on Creative Commons and then not-so-long-ago launched their most ambitious effort yet – a triple album. They then decided to raise the bar higher. TAAQ played the Edinburgh Fringe Festival – the world’s largest arts festival, in 2013. If playing 26 nights back-to-back wasn’t impressive enough, they also won the Spirit of The Fringe award.

It was indeed serendipitous when frontman Bruce Lee Mani sang these lines just before the screening of their ‘hit movie’ – TAAQ had filmed their experiences at The Fringe and subsequently the Edinburgh Mela Festival and made a movie that they chose to call ‘WFW/DFD’. They premiered it at BFlat last Saturday as friends and fans congregated to witness TAAQ’s latest experiment. TAAQ also held a unique gig to accompany the premiere of the 40-minute movie where they paid homage to some of the eclectic acts that have influenced them over the years.

Dont worry, Bruce. Its just a movie, came a voice from the crowd when frontman Bruce Lee Mani, expressed his nervousness about the screening. Perhaps thats what most of us expected  a clichéd documentary about the band. Thermal and a Quarter caught us off guard once again. From the moment images from the movie flickered on the screen, through the next 40 minutes, right until the band got on stage again and took a bow, most of us just sat there transfixed, too moved to even stand up and applaud. Not only are they pretty darn good at making music, they are pretty darn good at almost everything they do!

Quite evidently, TAAQ has poured their heart into the making of WFW/DFD and this is probably as intimate a fan can possibly get with his/her local heroes. In 40 minutes, TAAQ answered all questions about who they are, what they do, what it has taken to get where they are and what it takes to continue doing what they do. Without giving out the juicy details, let’s just say that the best thing about the movie is how it is not just about the band, but also about us and every known/obscure artist in the world who is on a constant quest to perfect his/her art.

WFW/DFD is the perfect reality check, not for a dreamer but for all the corporate smugs in secure jobs who are living under the false impression that theyre doing something worthwhile with their lives. A special mention to Rajeev Rajagopal for the brilliant script and of course Bruce Lee Mani for breathing life into every word of it. D.I.Y or Die.

While we reeled from the after-effects of the movie, TAAQ continued the proceedings with the killer setlist they had planned for the evening. Featuring guest Ramanan Chandramouli on guitar, they started off with a Blood, Sweat and Tears cover called ‘Nuclear Blues’ followed by a slightly obscure Sting song called ‘Love is Stronger Than Justice’. The choice of non-popular songs of famous artists was intentional. If anything, listening to these songs gave the audience, a blueprint of Thermal’s influences over the past two decades. Some of these tracks might even fit right into the TAAQ canon. What followed was an Indian indie (specifically Bangalorean) fans’ wet dream. TAAQ launched into their homage to Lounge Piranha‘s ‘The Gun Song’. While the song stayed true to the original, right down to the e-bow that was used for the wailing solo, one could see Bruce use his trademark spider-y chords to give the song the signature TAAQ style. Taaq also covered their contemporaries and alma-mater (IIRC) Zebediah Plush‘s ‘Journey to Gondolin’. Sidenote: If you haven’t already done so, do check out ZP’s ‘Afterlaughs’ – an Indian indie classic in our opinion!

They closed out the gig with a Gilbert O’ Sullivan ditty, John Scofield’s jazzy ‘Green Tea’ and Steely Dan’s ‘Jack of Speed’. They’d also managed to sneak in a few of their originals (‘Wishing for Magic’, ‘For The Cat’, ‘Hot Day’, ‘Mighty Strange’, ‘This is It’) into their extended set which was possible thanks to the new 1 am deadline (Hallelujah!) for pubs in Bangalore. What was fascinating was that the songs, especially the older ones still sounded fresh after so many years. Its the attention to their craft that really is the secret to TAAQ’s longevity and there is no doubt that they will continue to make great music and raise the bar even higher in the years to come.

Indian Blue at The BFlat Bar

The Ganesh Talkies at The BFlat Bar, Bangalore