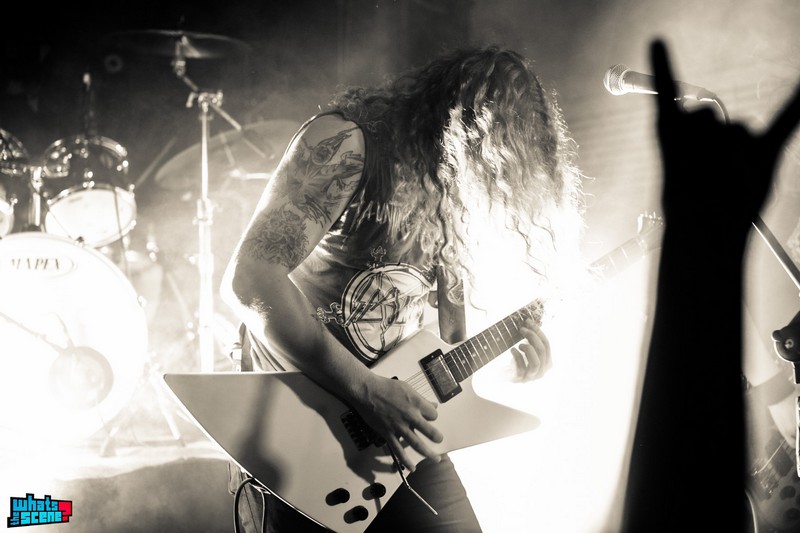 Charging its way in from Norway, Inferno Metal Festivals first Indian edition promised to be a huge success. It not only staged Indias finest artists from The Down Troddence, Theorized and Inner Sanctum, but also brought Norways very own Nekromantheon and Obliteration. Counterculture has always been the hub of kickass gigs, and has a reputation of playing the perfect host, setting high standards for sound and lighting that aficionados look forward to. 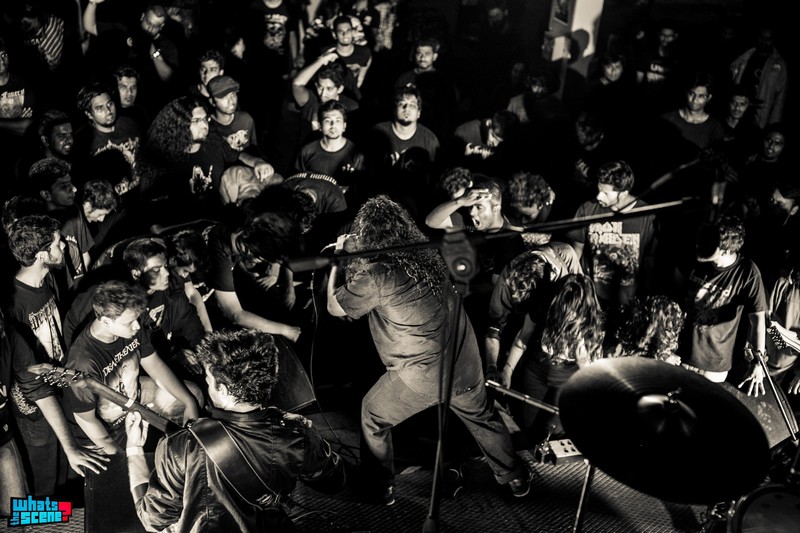 Close on the heels of a debut album launch, folk-thrash metal band The Down Troddence was the first on stage. The Kerala-based band has gathered its huge fan base over the past year and needed no introduction. Their sound is characterized by a combination of thrash and traditional folk elements from Gods own country and emanates a mystifying yet brutal effect. Death Vanity attracted a crowd that had begun to headbang almost immediately. Ganeshs powerful blast beat drumming and Advaiths and Varuns complex, progressive guitar riffs set the tone for the evening. While Sushin worked some speedy melodic runs on the keys in the undertones, Nezers alternate bass picking set the other instruments up nicely. Munzs growls were a crowd-pleaser, opening up a pit during Shiva with a spot-on recital of the Shiva Tandava Stotram. 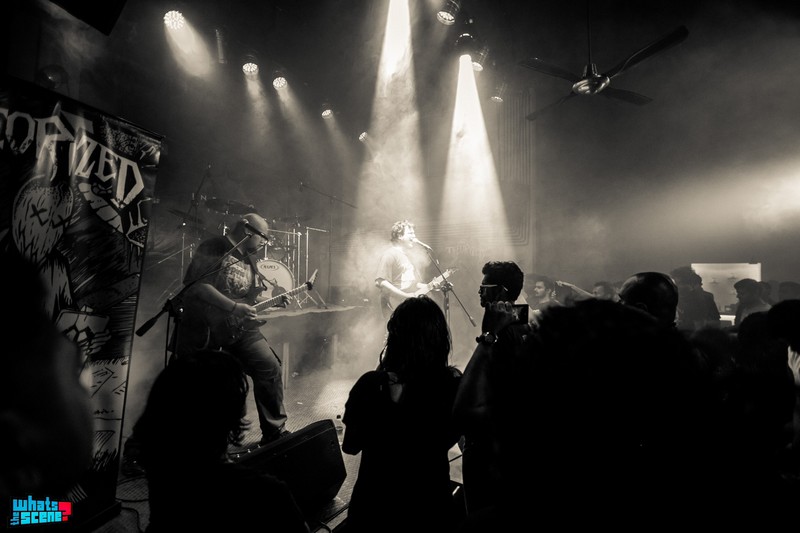 Bangalore-based thrash metal band Theorized followed next. This 4-piece band consists of talented musicians, but the band as a whole is still raw. Speedy riffs and percussive beats are their hallmark, thanks to guitarist Ankit and drummer Yash. They progressed from Bound to Unbound, with the feral Venomous Tormentia making way for a moshpit yet again. Sankalps distinctive bass playing was trippy but Madhavs vocals gave a slight hint of slipping out of control at certain moments. His vocals lacked power but nevertheless gained total control during their last song, Riptide. 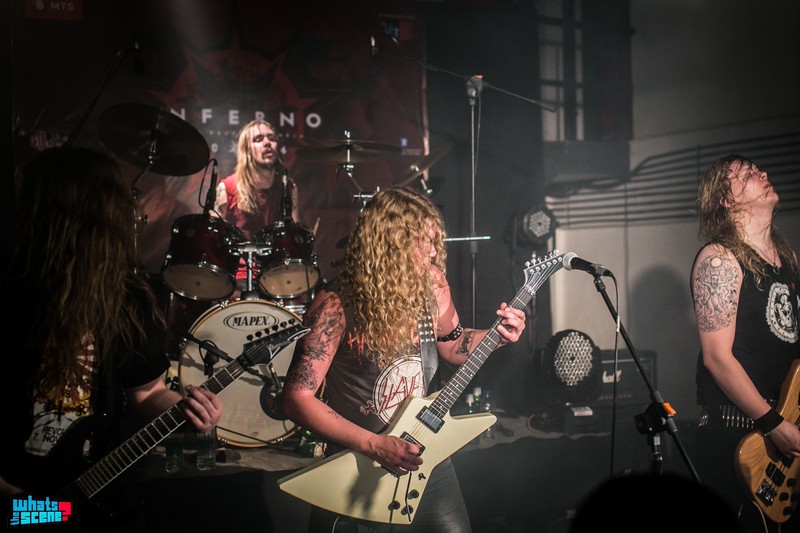 Next up was Norways Nekromantheon with its unique brand of black-infected thrash.  Typical of the genre, their set was peppered by blast beat drumming and high pitched leads set to uncommon tempos that got the audience worked up. Though the music was extreme, all their songs began the same way, giving a monotonous feel. But before it got too boring, they kicked off Pay to Die, a death metal cover which strayed away from their usual song structure. All in all, their music kept everyone on their feet, and their act at least got people screaming and roaring. 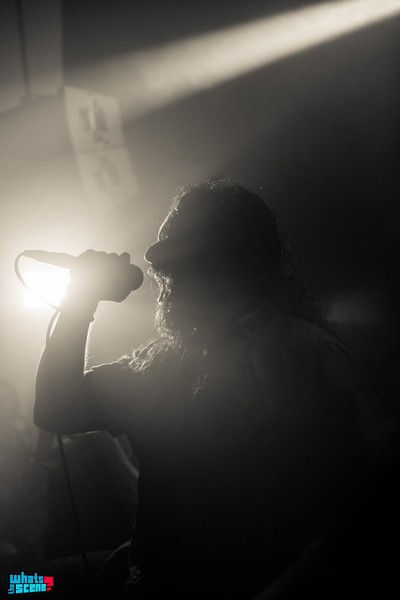 Bangalores Inner Sanctum, which is known to have opened for Metallica and Slayer, brought the evening to a close in style. Gaurav Basus brutal death growls were matched only by the way he worked the crowd from making them mosh to bringing them to their knees, he was without doubt the master of puppets that night. Tremolo picking and hyper blast beats had the frenzied crowd falling all over the monitors. Inner Sanctums tight setlist, constituting elements of death and thrash metal, had the perfect mix of energy and diablerie. 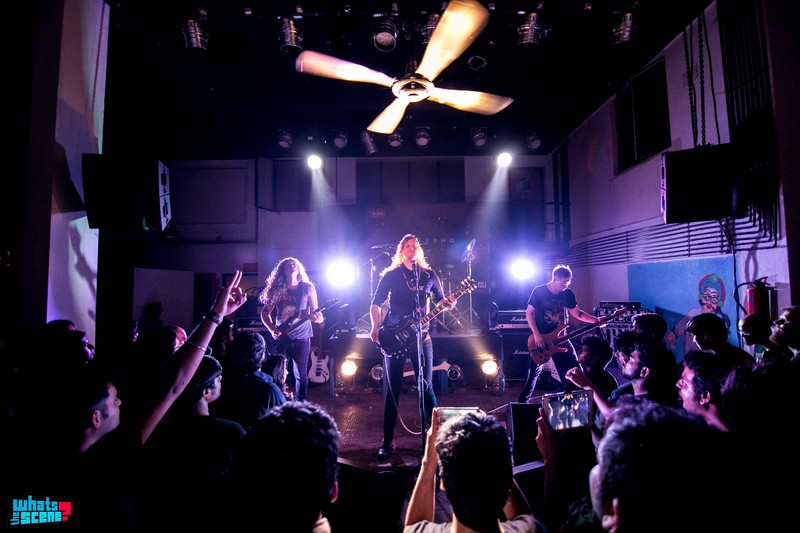 Inferno Metal Festival, Bangalore came to an end with Obliteration delivering an artery-ripping performance. Nekromantheons vocalist and lead guitarist joined the stage with the rest of the members of Obliteration, and they besieged their crowd and got them out of control. Their music shared similarities with Nekromantheon but, in addition to thrash elements, their chord progressions created a feeling of impending doom. Norway had finally shown its true colors through the final act of the night. A fitting end to a great concert!