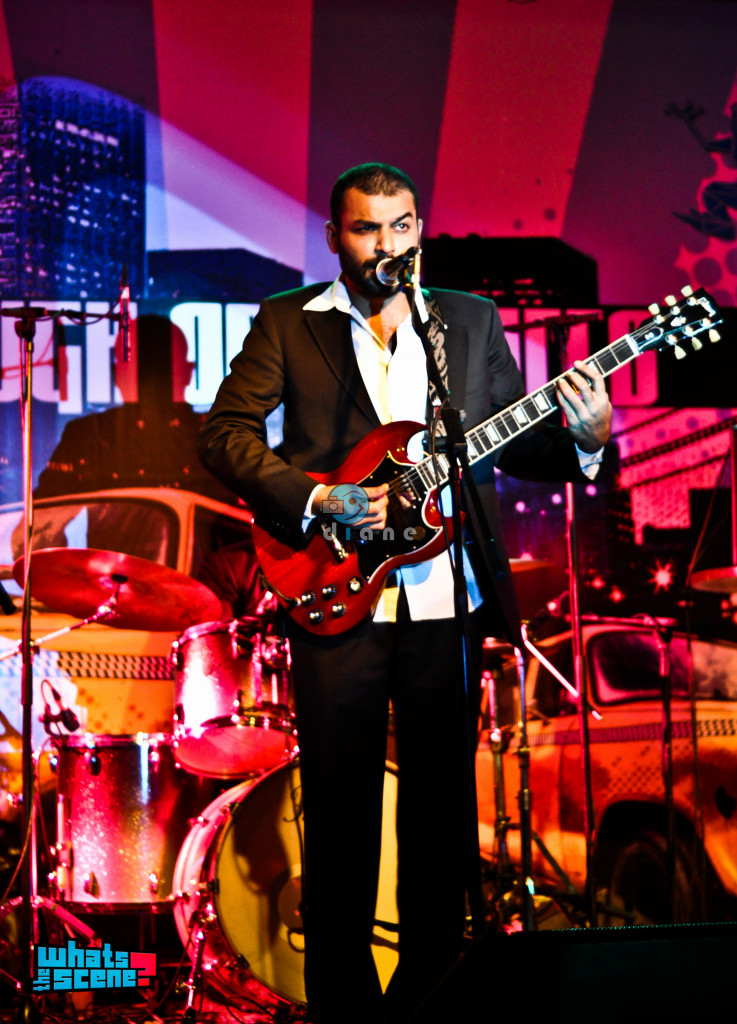 January is a month of pleasant weather for the Mumbaikars. One could not hope for better weather on a day when a musical evening like this was following! The 18th of January was a special day for Mumbai – an event featuring Ken Stringfellow, a maestro in his own right, was slated for the evening in Mumbais Blue Frog. American guitarist Ken has been associated with biggies like R.E.M., Neil Young, Snow Patrol and Big Star for several years of his career. We could bet that an opening set from him was sure to be a true reflection of his portfolio.

I was pleasantly surprised to learn that there was more – we have all heard Sidd Couttos Tough on Tobacco before, but we were wondering how they would sound when Kens strings would be strumming along. Stunned? Yes, so were we, when we heard that Tough on Tobacco was slated to join in on Kens later performances. It was sure going to be fun! 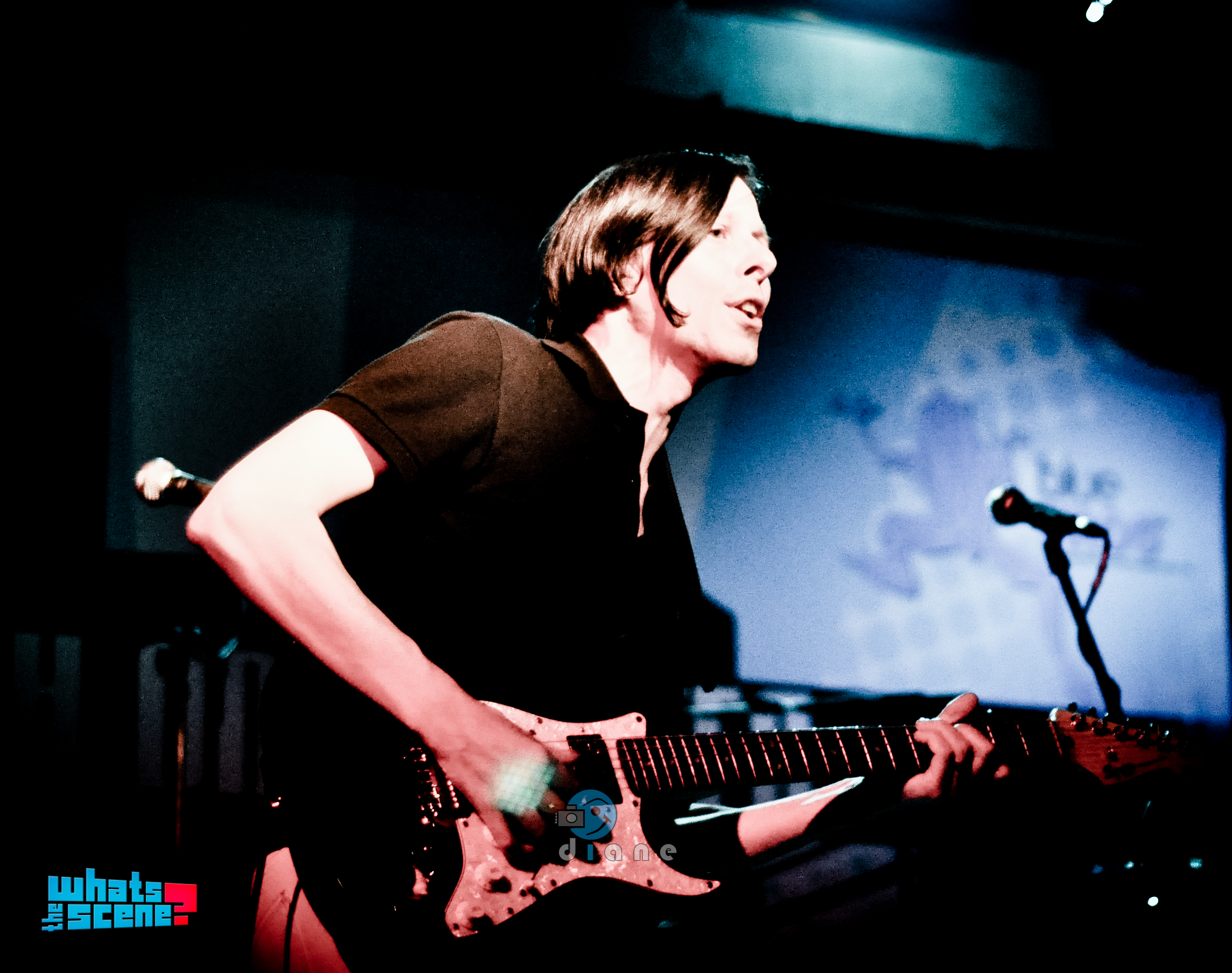 Ken Stringfellow commenced the event at Blue Frog with a crowd of listeners cheering for him. His first sounds were quite conservative, just as it suited the mood. There was pin-drop silence at the venue, and just a minimalist guitar could be heard with Kens suave voice. As the chords fluctuated, Kens voice responded likewise. Most of the songs that he performed were his own, but he threw in a cover by The Long Winters. How he mingled with the audience was a delight in itself. His jocular mood and remarks, which were occasionally offbeat too, were befitting the kind of ambiance he had created.

By the time Ken wrapped up with his set, one could sense a commotion in the audience. It appeared as if Kens set had charged everyone. The hands had begun to sway, and the smiles were widening. A surprise had been shot at the audience! Four young men dressed in formals had taken over the stage. They called themselves Punk Ass Orifus and before the onlookers could recover from the abrupt entry, the men in black had set in action! Sidd Coutto took care of the rhythm guitar and vocals. Gaurav Gupta donned the role of the lead guitarist. Johan Pais managed the bass guitar, and Zorran Mendonsa stood behind the drums.

They played a short set, but it was enough to pour life into the audiences. What they played could easily qualify as Punk, Hard Rock, or Reggae. Their energy was never down for a second and they kept the audience engaged throughout. The World will carry on, Bad Feeling and Matter are some of the prominent tracks that they played. 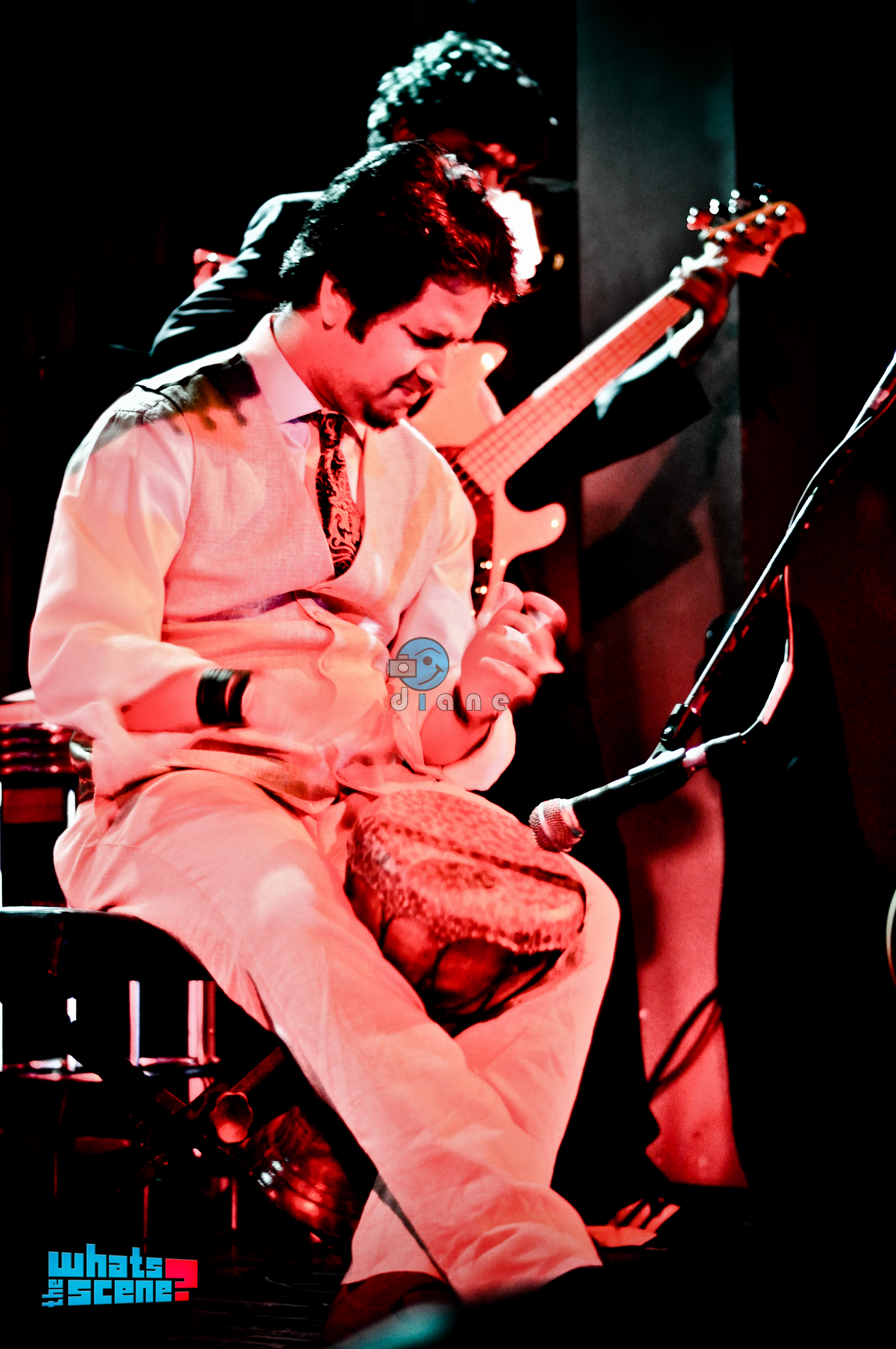 After a short while, Bobby Talwar of Zero fame reached the stage, and much to our amazement took on the Djembe, instead of his customary bass guitar. It was difficult to believe that his hands were not accustomed to the Djembe, for he played it surprisingly well! The audience grooved along with him – these sudden surprises proved quite effective. However, they were far from over!

Warren Mendonsa was yet to join! He came to the stage to deliver the final song, and chose to play his Black Strat to Mayan Song, in his distinguished style. His solo performance on this song was a treat to the senses. The evening had shaped up really well! Sidd Coutto appeared once again, and had some fun moments with his kit. He cracked some light-hearted jokes and we caught a glimpse of his jokester side! Perhaps that is what won him the loud screams of We love you Sidd Coutto! from the lovely ladies in the crowd. 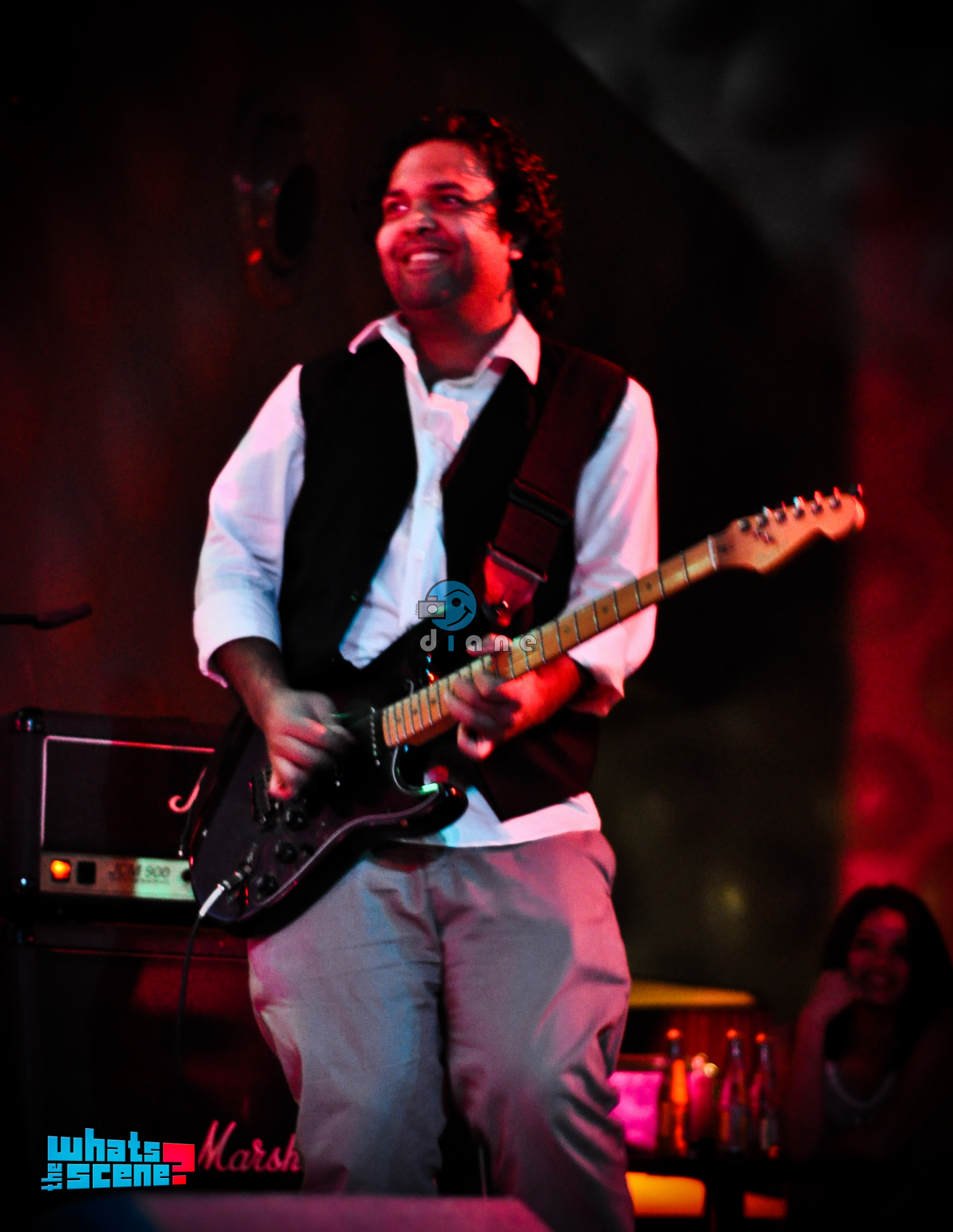 And then there was a pause For the first time, one could feel some inaction on the stage, but that was tolerable. The evening had been good and quite active by far. After about 10 minutes, the groomed men of Punk Ass Orifus were nowhere to be seen. They were replaced by Tough on Tobacco, who had switched to the informal attire. Jai Row Kavi took to the drums, and Pozy Dhar managed the guitar. What do you know? Some more fun was lined up for Mumbai!

They opened their share with their signature song Happy. Tough on Tobacco chose most of the songs from its new album, and borrowed some songs from the first album too. Many more tracks were served to the delight of the listeners. The bigger a canvas is, the freer a painters strokes are. That is just what was happening at Blue Frog. Song after song, their canvas was expanding, and the genres kept adding up. By the end of several spontaneous performances, Tough on Tobacco had played a wide range of genres, and with an ease that left the listeners in awe. Yellow Tops and Washing Powder Nirma were some spectacular songs that Tough on Tobacco made up. 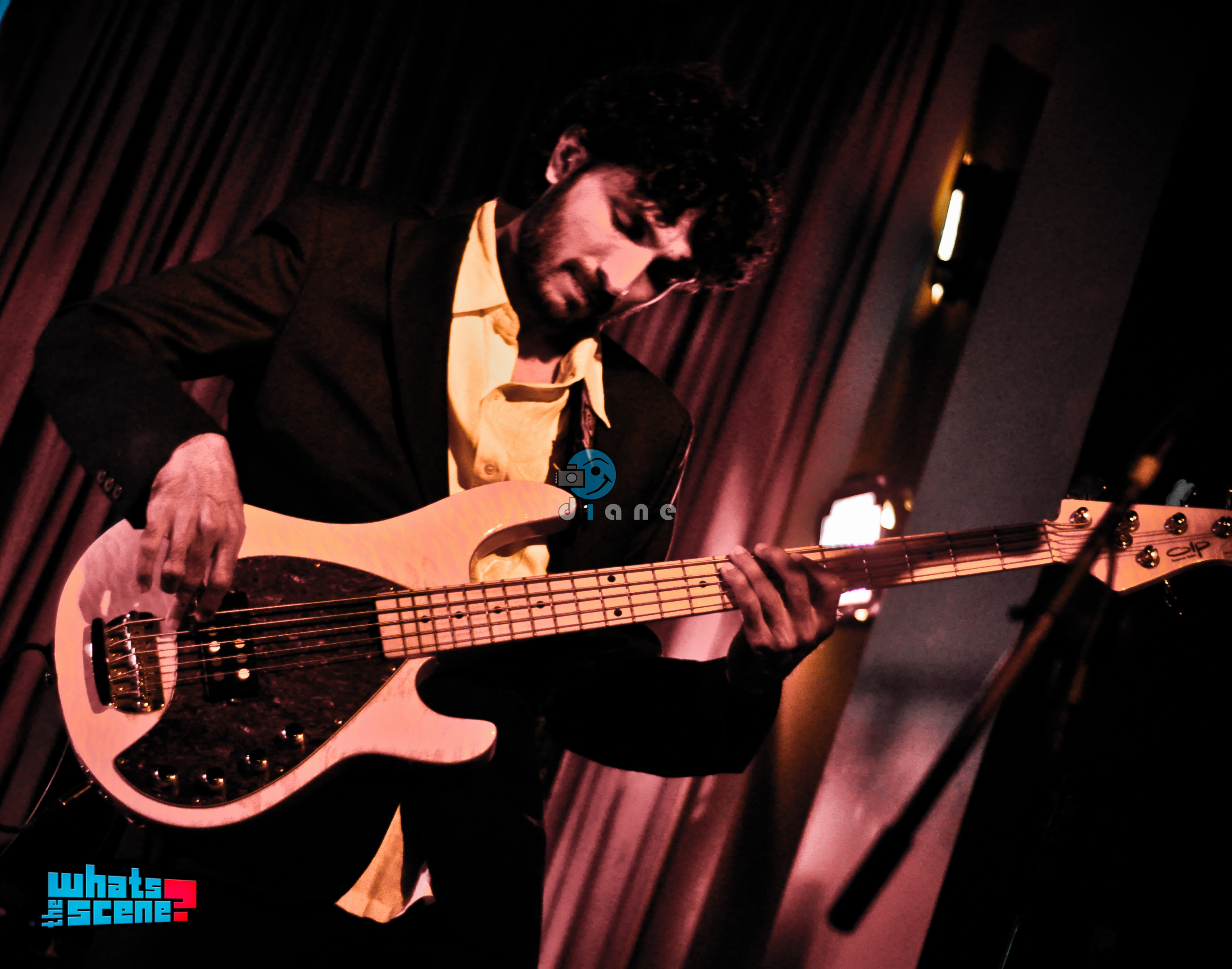 The evening had been fantastic! The audience had enjoyed it to the fullest. What was promised at the beginning, however, was yet to be seen. Ken Stringfellow and Tough on Tobacco were yet to jam together. Right then, Ken returned to the stage, and jammed to the lovely blues song Crack Whores along with the band. The evening was now complete.

It was a wonderful moment that Mumbai witnessed on the evening of 18th of January. To those who could not make it this time, Id say that sometimes wonders happen twice! Make sure you dont miss out on the next one!