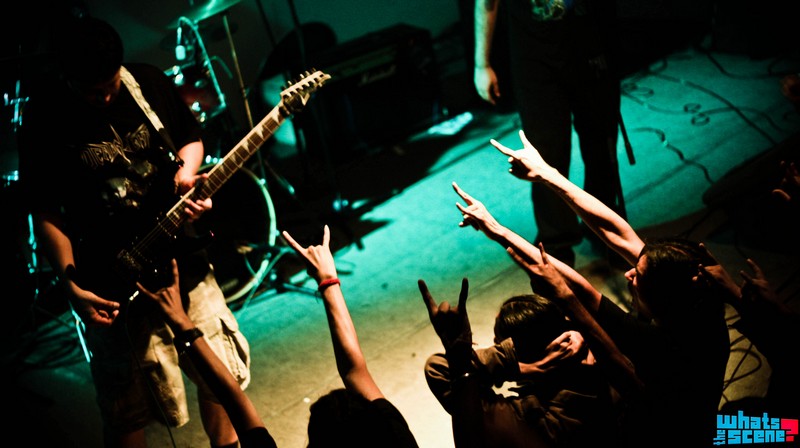 Riff ’em All was scheduled one day prior to Metallica’s much-looked-forward-to concert in Bangalore and was meant for all the out-of-towners who had descended upon good ol’ Bangalore to see what would hopefully be Metallica’s maiden show in India, and also for some Bangaloreans who were planning to skip the Metallica concert. Riff ’em All held a lot of promise and was all set to showcase some of Bangalore’s best metal bands.

After battling the rains that evening, I walked in right when Culminant had just taken stage (I had unfortunately missed Corrode’s performance). I’ve seen quite a few of their performances this year, and this is one band that has grown stronger with every performance. Starting off with ‘Wrath of the Fallen’ they held everyone’s attention and electrified the stage with their very first song. They played two more OCs – ‘Innate Instinct’ and ‘Realm of the Tyrant’ much to the crowd’s delight. What was supposed to follow was their cover of Slayer’s ‘Raining Blood’ which didn’t happen because the bass drum’s skin gave way and since there seemed to be no alternative means of going ahead, their set came to an untimely end. The band said their goodbyes, apologized for the short set and left despite people cheering for more. 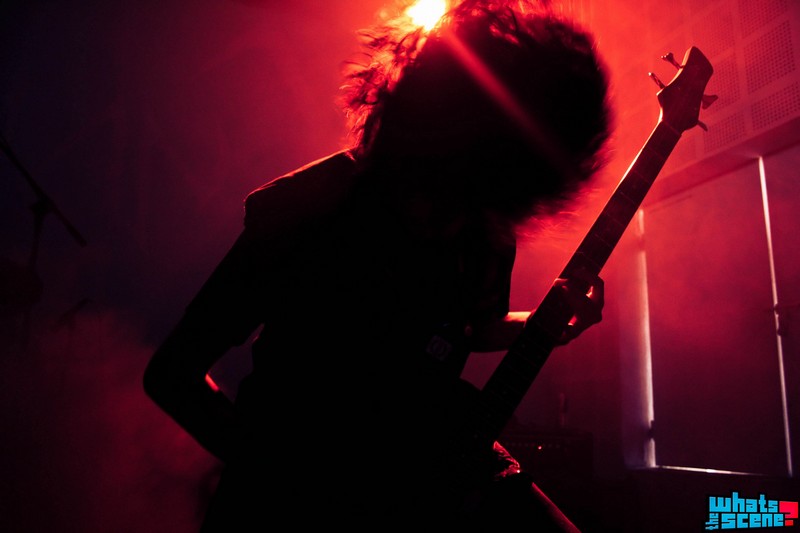 The next band on stage was Gorified, Bangalore’s mainstay goregrinders. They played a longer set this time around, which included two covers. Gorified gave the crowd a good, strong dose of brutality and put on a pretty intense show despite the usual sound problems that plague Kyra, playing seven OCs. The first and the last songs from their setlist, ‘Autopsy Devourment’ and ‘Vulgar Display of Genital Flatulence’ elicited the best response from the crowd. They finally ended their set with two covers – Cannibal Corpse’s ‘Stripped, Raped and Strangled’ and the other surprisingly, Metallica’s ‘Damage Inc.’ this time with former Abandoned Agony drummer Shreyas Kamath on drums. They were the first and probably the only band that night which managed to get the crowd into a violent mosh! 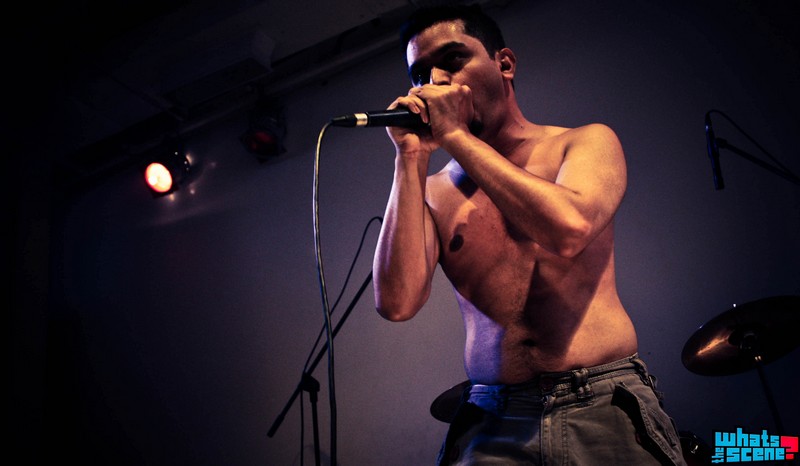 The mighty Dying Embrace, one of the oldest bands in Indian Metal, the grand-daddies of the scene so to speak, finally came on stage. This performance was highly awaited and they did not disappoint. The horns thrown high up in the air and frenzied chants of ‘Dying Embrace’ stood testament to this fact. They played quite a great selection of songs, their set had ‘Blood Rites’, the Sabbath inspired ‘As Eternity Fades’, ‘The Passing Away’,  ‘Spawn of the Depths’, ‘Dagda – His Time has Come’, ‘Grotesque Entity’, ‘Oremus Diabolum’ and they ended with their tribute to one of the bands that have inspired them, a cover of Autopsy’s ‘Twisted Mass of Burnt Decay’. Great music apart, the showmanship was brilliant, each song had its own artwork displayed, Deepak’s drumming was impeccable, Jimmy’s solos were met with wild cheering and applause and had the audience hungry for more while Vikram Bhat absolutely owned the stage with his spirited performance. The set finally ended with them stating that their next appearance would be alongside Japanese Black/Thrash band Abigail in 2012’s edition of the Trendslaughter fest. Dying Embrace was most certainly the highlight of that night. 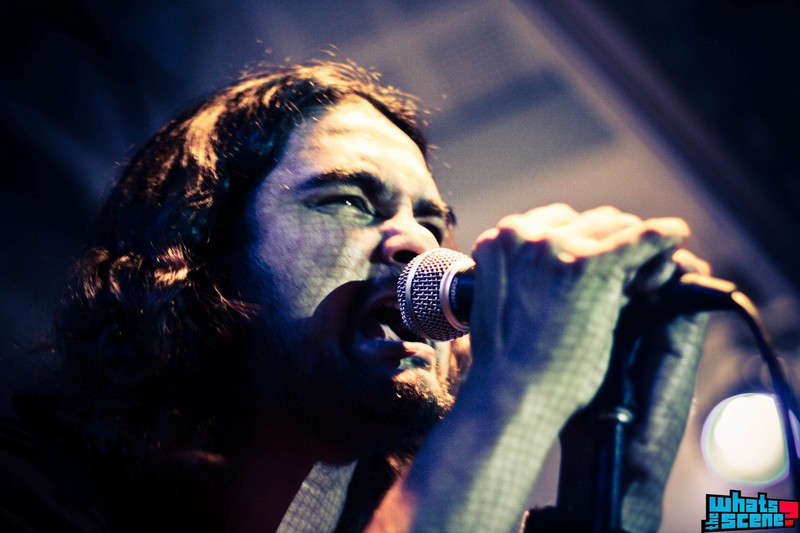 Bevar Sea, the penultimate act of the night was up next. The band has only played a handful of shows and yet is popular for its stellar performances and this night was no different. They kicked of their set with ‘The Smiler’ and the riffs and thundering rhythm sections hit the crowd with the force of a sledgehammer. The heavy onslaught continued with them playing ‘Universal Sleeper’ and finally a cover as was the trend that night, Black Sabbath’s ‘Lord of this World’. ‘Abishtu’ was up next and had a majority of the ecstatic crowd screaming along. What followed was a pleasant surprise – Bevar Sea, fresh from their Sabbath tribute in Chennai, decided to play yet another cover – this time it was Sabbath’s ‘The Wizard’. They played one of their original compositions ‘Mono Gnome’ and just when people thought their set had finally ended, they pulled yet another Sabbath number from the hat, ‘Sweet Leaf’. Though the set had a couple of fumbles along the way, it was one of the best that night. 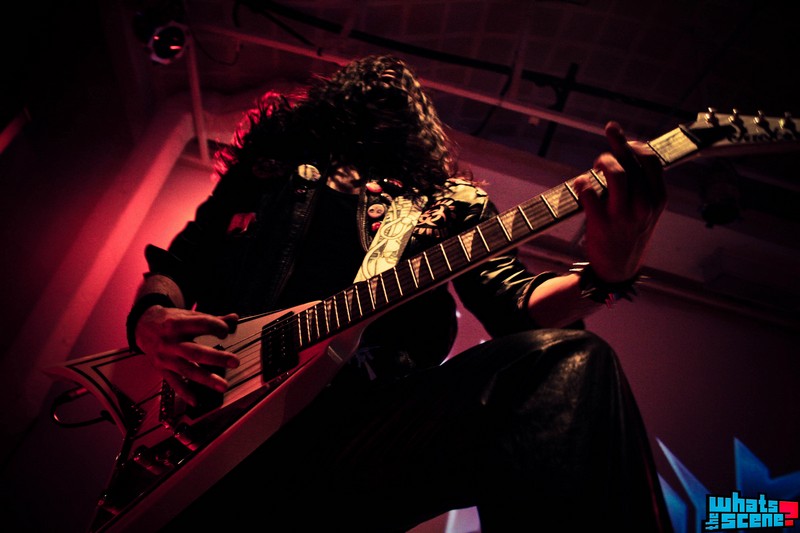 The headliners Kryptos took stage after a slightly lengthy sound check. Decked out in trademark denim and leather, they brought forth their brand of blazing, old school metal. Their setlist for Riff ’em All was slightly different from what they had played throughout this year and it included two songs from their upcoming album The Coils of Apollyon. They started off with ‘Satyr-like Face’ and then played songs from the first two albums including ‘Order of the D.N.A.’ and ‘The Revenant’. ‘The Mask of Anubis’ and for the very first time ‘Spellcraft’ from Coils followed. ‘Tower of Illusions’ and ‘Forgotten Land of Ice’ were up next and the band had a surprise in store for the crowd, not another cover, but ex-member of Kryptos and current vocalist of Bevar Sea, Ganesh joined them on stage for the final song of the night ‘Descension’.

The organizers had arranged a massive merchandise stall which had everything from CDs, t-shirts and posters from a variety of bands, which included bands that were playing that night among others. It also served as a great place for interaction with fans and bands from other cities. All in all, the gig was great, had a responsive crowd with a massive turnout of around 350 people and some brilliant performances – a perfect prelude for the Metallica concert.