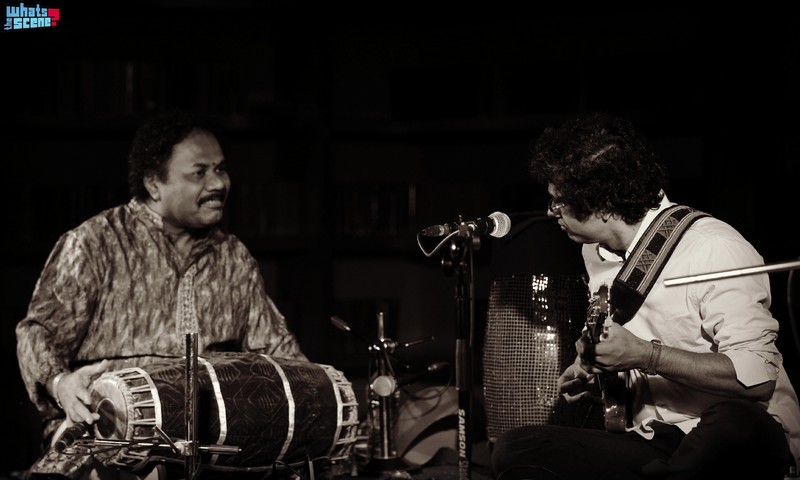 The electric guitar has had a long arduous journey. During its short lifetime of about 80 years or so, it has seen and done many things. From its humble beginnings in small Chicago jazz and blues clubs to packed stadium rock concerts, through Woodstock and past numerous high school bands garages, it somehow made its way into Windmills Craftworks, Bangalore into the hands of a Carnatic musician.

Here is an instrument that has been shred, rocked, tapped, bent, plucked, picked, fingerpicked, hammered on and pulled off. It has embraced blues, rock, metal, country, jazz, bossa nova, and just cant get tired. And then theres Prasanna Ramaswamy who bravely dares to wield all of it and then add to it all his Carnatic chops. Theres no telling who is braver-the guitar or the guitarist. Prasanna and his guitar were accompanied on this night by Mohini Dey on bass, B.Rajashekhar on Morsin and Prapancham Ravindran on Mridangam. 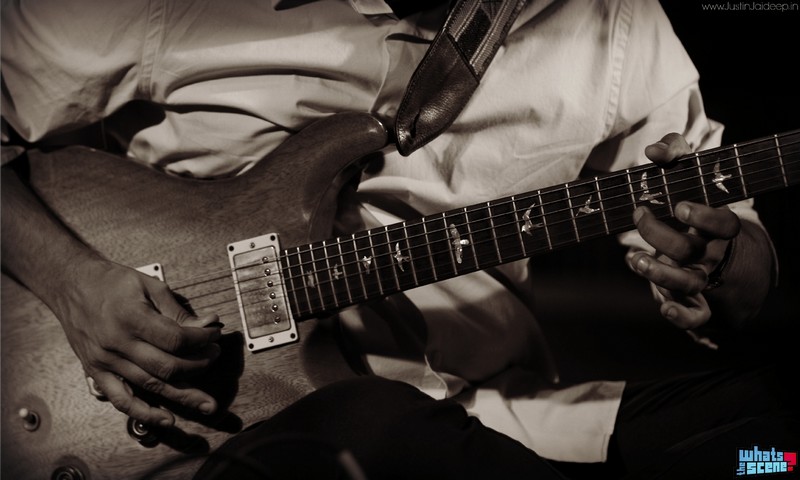 The first quarter of the show was played as a Carnatic trio without the bass and with the guitar on an open Carnatic tuning. The first song ‘Vatapi Ganapathim’, the famous Carnatic standard, started out in the typical fashion with an alaapana and then going through the entire structure. As enjoyable as this was, the real adventure began during the subsequent improvised sections. The phrases on the guitar branched out from the veena-esque melodic lines to more arpeggiated lines involving chordal phrases that are more akin to a guitar. The raga was changed up one note at a time to accommodate a darker feel. All the head-nodding and tala-clapping was paused for a moment in admiration of the harmonic complexity that filled up the room. 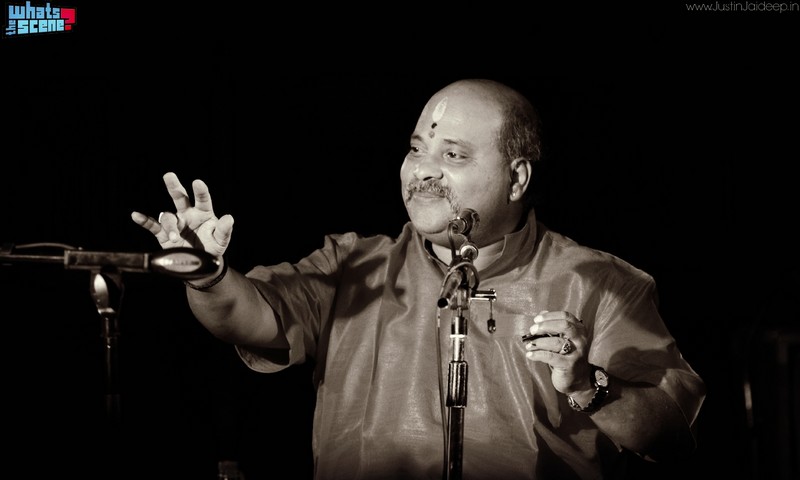 After one more Carnatic tune Prasanna introduced Mohini Dey on stage as …one of the most stunning young talents in India, beginning the jazz fusion section of the show. Now heres a young teenage girl who can make the best bassists in the world feel insecure. She started out with a bass solo where she played small pieces to display her prowess as she tapped, slapped, popped and grooved at lightning speed. She is incredibly talented but all the rapid fire show-off pieces could not display the maturity that one complete solo piece would have.

At the end of the bass solo Prasanna and Mohini started the iconic tune Ragabop playing the head at a frenzied pace. This was followed by a long avant-garde sounding section where both musicians challenged each other and harnessed every bit of power out of their instruments. I use the term iconic here to describe the degree of experimentation and the musical depth of the song and unfortunately not to describe its fame or popularity. I would expect it to be more popular with music lovers outside Prasannas niche fan base. To me, it inhabits the identity crisis that a young Indian would face as he or she is stretched thin between the traditional and the modern. Of all the attempts made at fusing east and the west, ‘Ragabop’ would be my favourite. 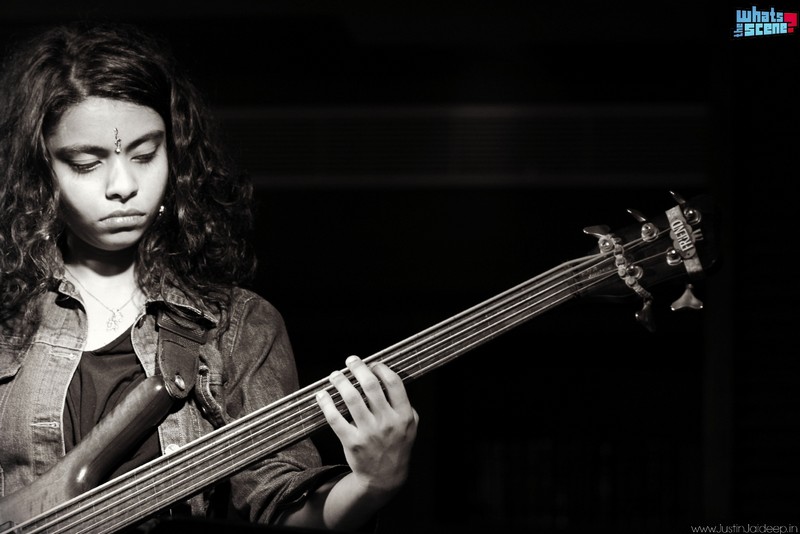 The night continued with a lot of Prasannas popular tunes like Peaceful, Garuda and Pot Belly Blues each tune providing its own hue to the night. Kalyani Connection was beautifully rendered but Prasannas constant instructions to the rest of the band seemed to strain the chemistry and made the dynamics sound forced. One of the highlights of the night was a konokkal section where Prasanna shouted out Takitas and Taka-Dhimis and the audience responded in perfect time! It was amazing to see how musically in-sync the audience was by the end of the show. 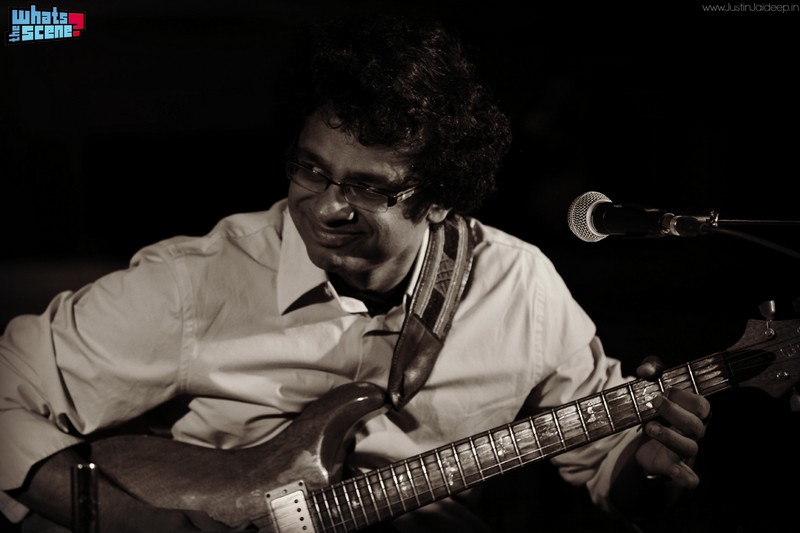 There has been a lot of fusion music doing the rounds off late. But Prasannas brand of fusion is especially moving as you can hear the respect for both ends of the spectrum. It is this respect that makes fusing the different forms of music sound so effortless. It is what makes all the various influences sound emotionally relevant when used in a musical situation together. Overall, the show was really enjoyable. You cannot ask for anything better than raga, tala and raw groove together on the same night!