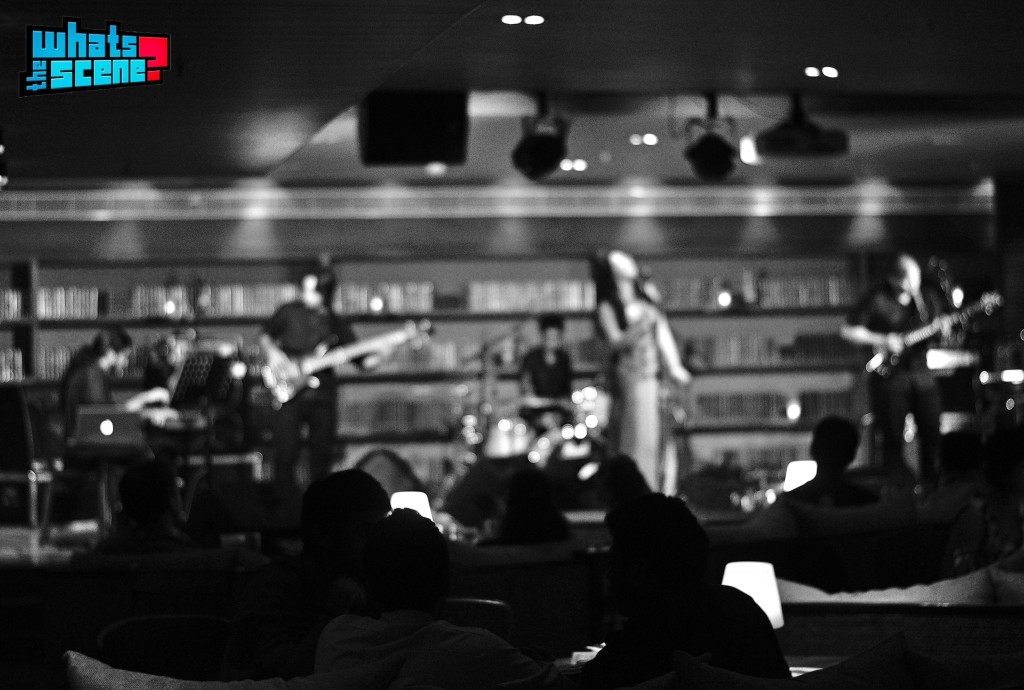 Jazz music in India is a strange affair. In all the bright colours and chaos of a typical Indian city, where does this black and white sounding music from a bygone era and from distant lands fit into the scheme of things? But then again, if music is a representation of what we see and feel around us, I wonder how the typical dhinchak Bollywood number does any better. The important point is how true the artist is to himself/herself and how relevant the music is to the listener. I personally love Adil and Vasundharas music for their honest attempt to be true to their roots even if their medium is a tough one to do so through. 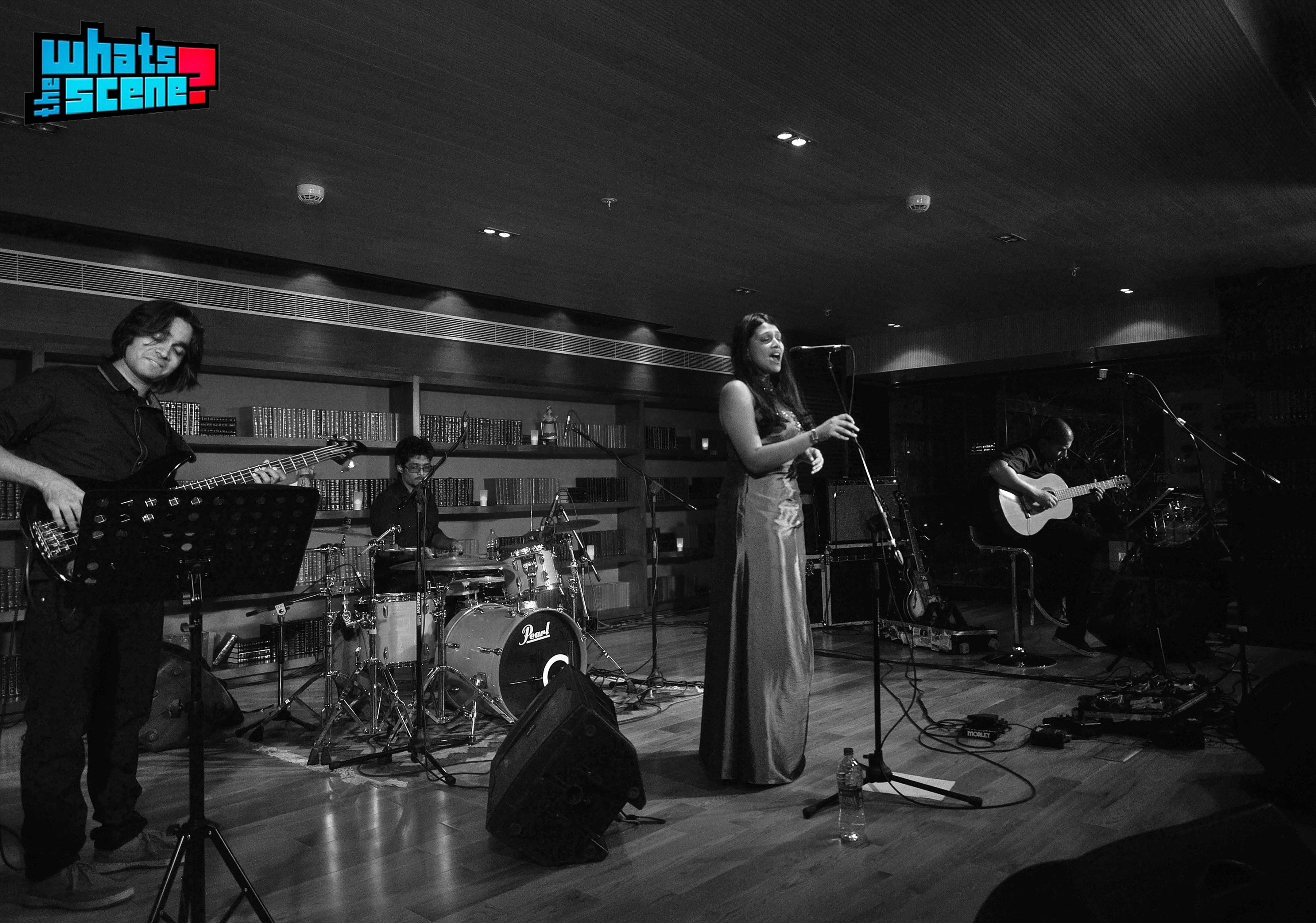 Fresh out of Dewarists fame, Adil and Vasundhara took to the stage at the newly opened Windmills Craftworks in Whitefield, Bangalore for two consecutive nights. Apart from the duo, the band consist of Saurabh Suman on bass, Pranoy Praveen on drums and this particular performance featured Shiv Ahuja on the keyboard. The Jazz Theatre at Windmills Craftsworks is absolutely spectacular to look at. The band themselves called it the best venue in India. The stage is much bigger than it is in most venues, giving musicians ample space even for a 5-member band like Adil and Vasundhara. The booths that night were packed with a full-house audience. The sound was perfect and the ambience complete with its dim lights, a beautiful view, candle-lit bookshelves on every wall; it was a delight just to be there. 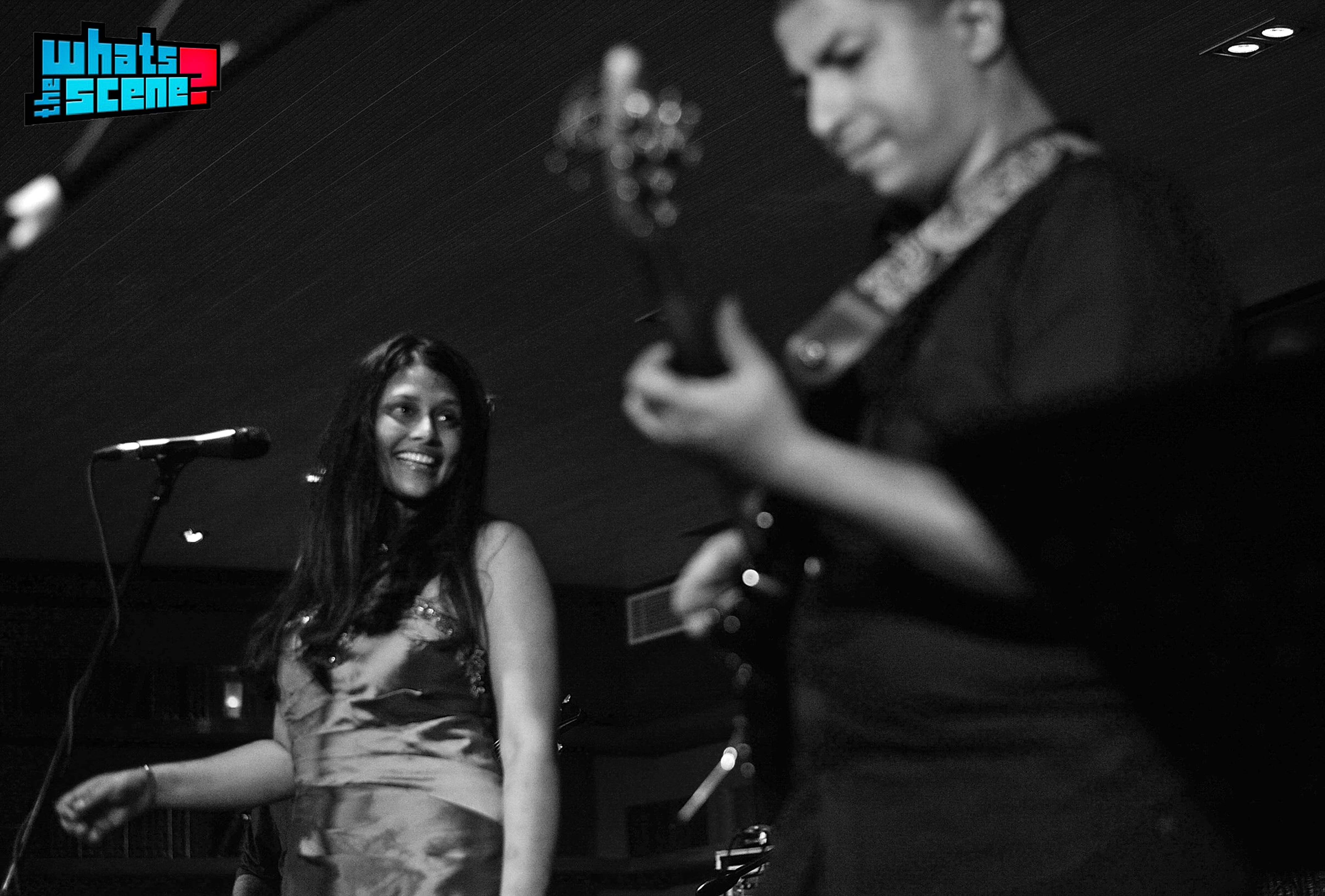 The bands set was a mix of jazz and funk classics done their way with a healthy dose of original songs from their upcoming album Ampersand. I entered just as they finished their jazz set and started the funk section of the gig with Wild Cherrys Play That Funky Music. The band was extremely tight as one would expect and their tones and overall sound were crystal clear. Vasundharas powerful voice and stage presence really take control of the audience, of course backed by great basslines and Adils crazy chords. Their next song Creek Funk had an interesting scat section that doubled in speed towards the end. Their cover of Black Friday saw Shiv Ahuja constantly hitting the single fast played note that gives the song its groove, boldly keeping it going till the end of the song. 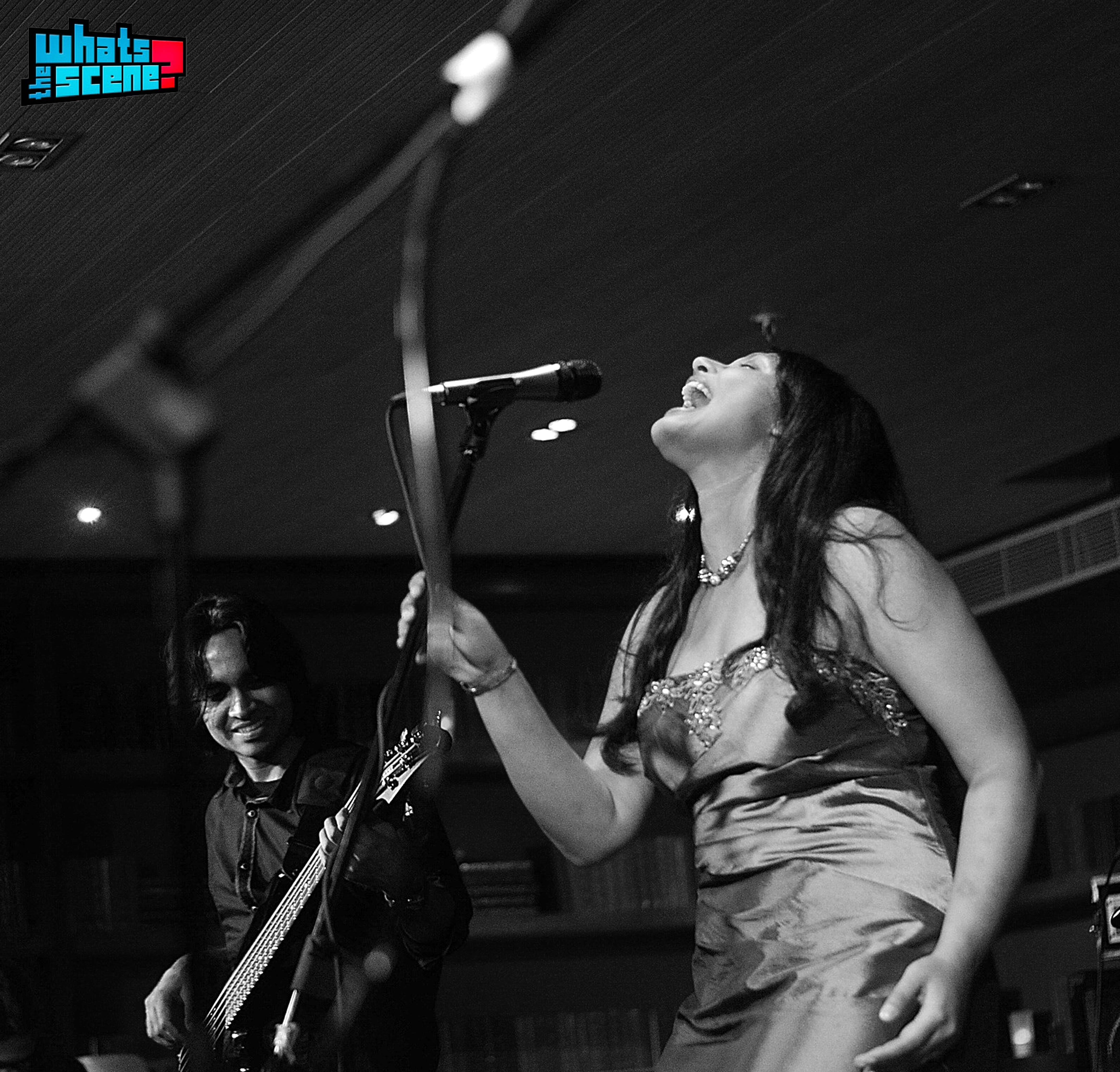 Their next two originals were particularly interesting, each with its own story. Flowers of Doon is a slow song set in Dehradun about Vasundharas visits to her grandfathers farmhouse. The chords combined with the title give imagery straight out of a Ruskin Bond story, while the vocals and the lyrics are intense and full of emotion. Their next song Refuge had an Assamese folk music inspired beat combined with devil rhythms and diminished scales. The song is an example of really sophisticated fusion. The song goes into a slightly avant garde sounding section with crazier voicings. Many of their songs had such experimental sections but after a while, some of the crazy voicings were a bit much to take in as a listener. 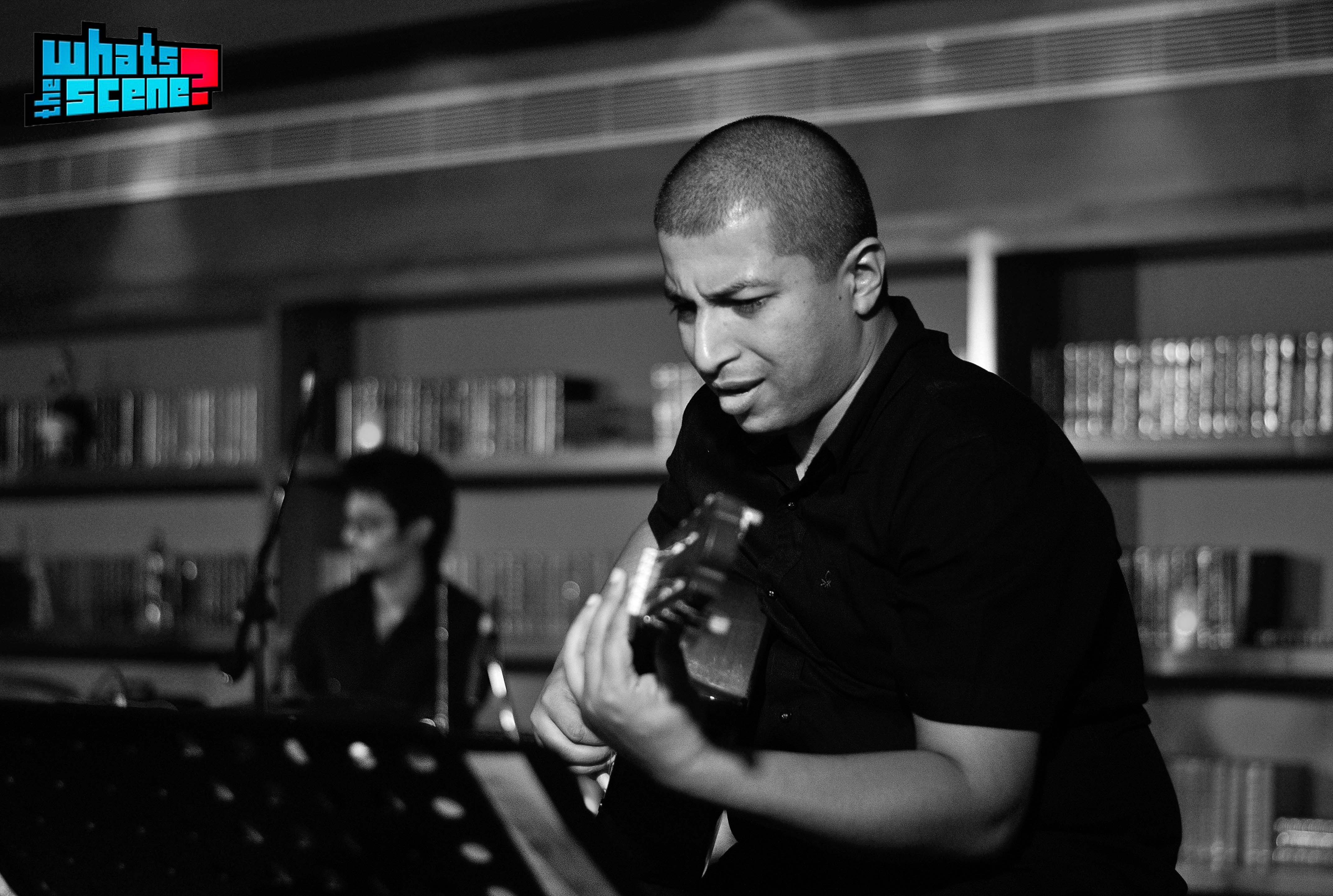 For the final section, they went back to funk numbers covering Prince and Stevie Wonder among others. Their rendition of Ledisis Get Outta My Kitchen was especially powerful and had an even fuller sound than the original. The mic decided to switch off right in the middle of the song – strange because everything about the sound systems that night was perfect. The issue was resolved quickly and the band continued unfazed. They ended their set with a couple of impromptu blues jams after many of the audience members requested an encore. These final jams were as good as their rehearsed materials with great solos by Adil and Shiv and some stunning scat vocals by Vasundhara. 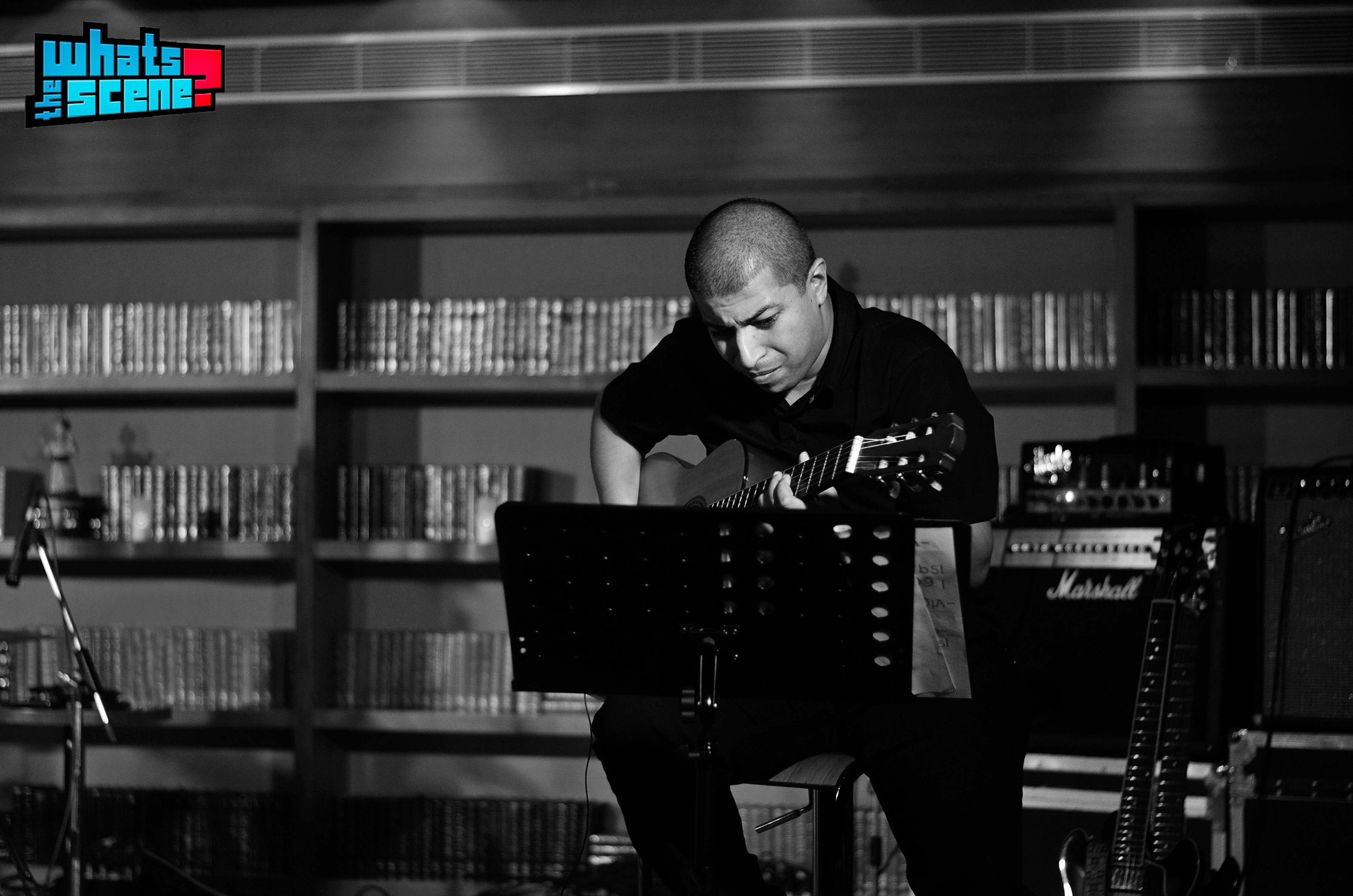 Overall, it was a very enjoyable gig. The night done, and my ears satisfied, all that is left to do now is wait for the album to be released. On asking the band about it, they informed me that the album release will be sometime in January in Bangalore. It would feature about ten songs and collaborations with various artists. I would be first in line to get my copy and would recommend it to anyone and everyone.