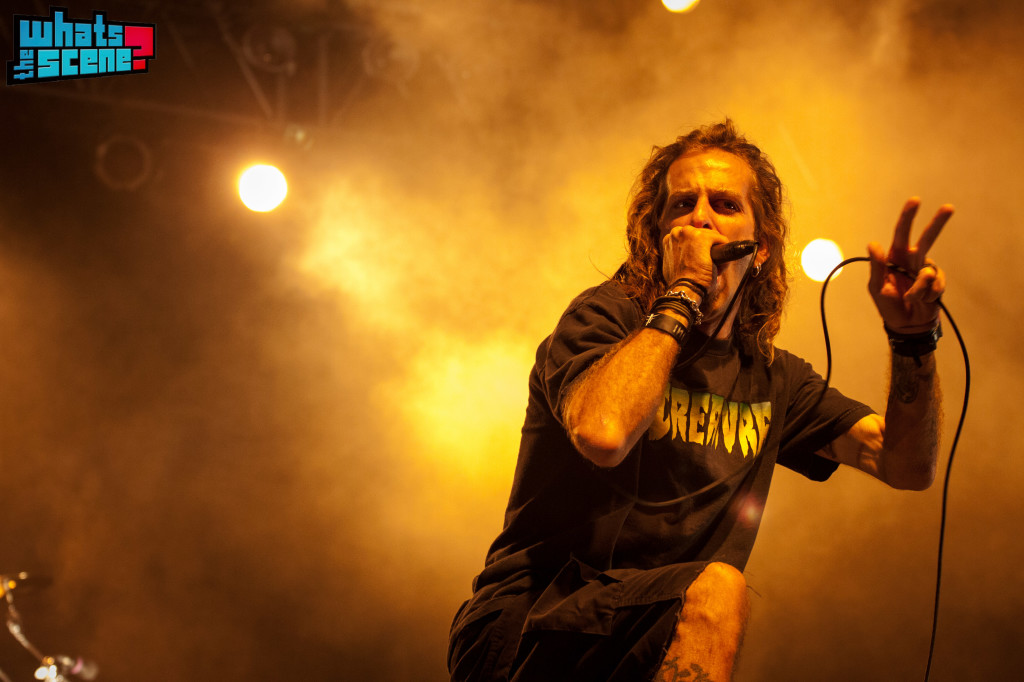 What’s The Scene? caught up with the members of Lamb of God, the American heavy metal band from Richmond, Virginia before their performance at Nokia aLive 2012 and here’s what they had to say about performing in India, their music and more…

WTS: When you guys started out way back in ’94 in Richmond Virginia, did you in your wildest dreams imagine you’d play to a crowd of over 40,000 in India someday?

John: When we started we were a garage band happy playing to crowds of 100-200 people, this is something we didn’t foresee it’s also something that we don’t take for granted. It’s exciting for us to see so many guys turn up for our show.

WTS: Were you overwhelmed by the response that you guys got the last time you were here?

John: Absolutely, no doubt about it! 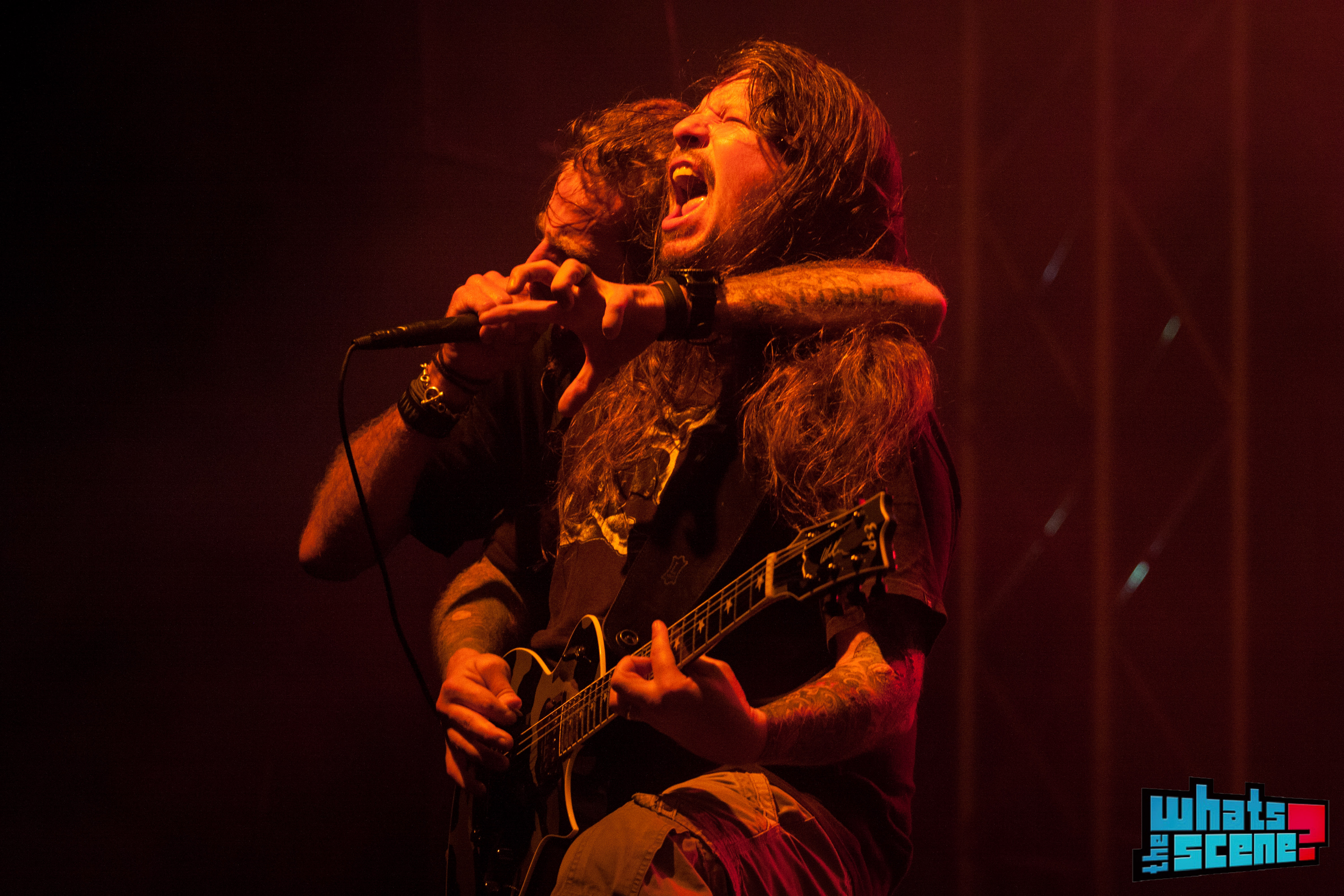 WTS: Coming to your new album Resolution, the general opinion has been that compared to the raw sound of your previous albums, the sound in the new one is a lot more polished. Was this a conscious band effort to do something different?

Willie: We’re a heavy metal band, and we write music that we love and what makes us happy and what makes us proud to be here today. Me and Mark bring in riffs and bring in songs that both of us have spent timeless hours cracking in order to make the best of what we can. I don’t like repeating what I’ve done in the past because what I’m trying to do is reinvent what I’ve done prior to what I am doing now. There are times when I want to absolutely branch out and do something a little bit different, but at the same time without straying much from what I do best which is play metal, heavy metal.

WTS: You guys have be on the road for 18 years now, and with each passing year or with the release of each album the expectation from fans just grows, does it affect your song writing in anyway?

Randy: I don’t know, I don’t know where I am right now. We’ve had only about three hours of sleep in the last 36 hours. I mean I don’t know with every record we try and expand, and I’d personally like to see a crazy expansion. I mean something entirely different. We’re a metal band sure, but you can only do so many things so many times, I’d like to see us go somewhere else, I don’t know we just finished this record so we aren’t thinking of whether or not it’ll meet the expectations. 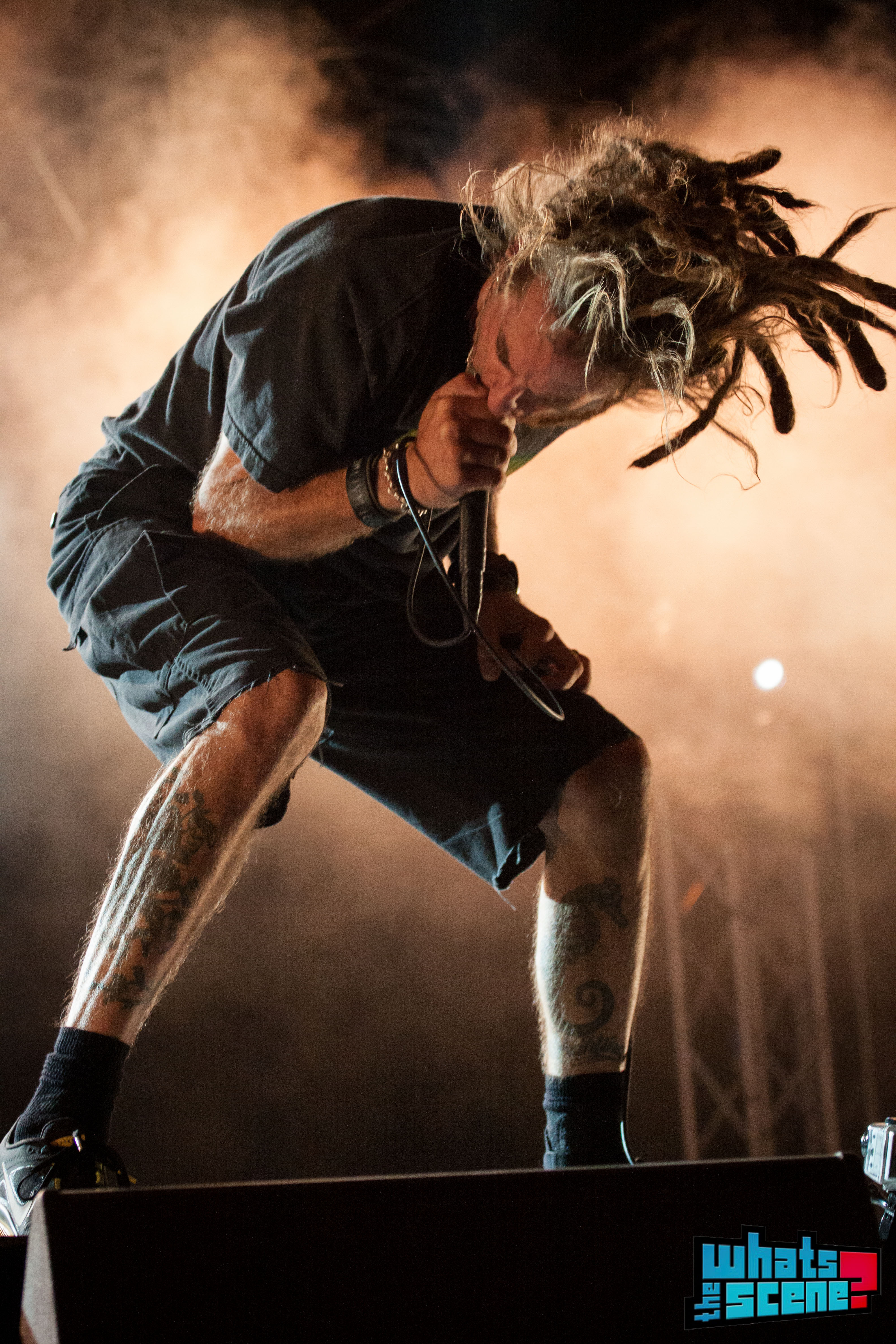 WTS: What’s your take on the layoffs at the Roadrunner records?

Randy: I don’t know what goes around competition wise, but as far as I am concerned personally, it was a huge bummer to me as I became friends with many people at that label over the years. Even before we were ever on the label you know they were always really cool people to us and I hate to see a bunch of them lose their job and these weren’t people who were “corporate record owner” kind of people man, they were just regular music fans who happened to have a job in the business, and they did their best.

WTS: We heard that the process of songwriting for Resolution started during the Wrath tour. Is this a common practice?

John: Yeah, Mark started working on his laptop. This is the first time it has happened then really as soon as we got off tour he started recording himself, then we all came together to put this record together we already had a bunch of material to work with so we got to work right away and that led to more and better developed songs. 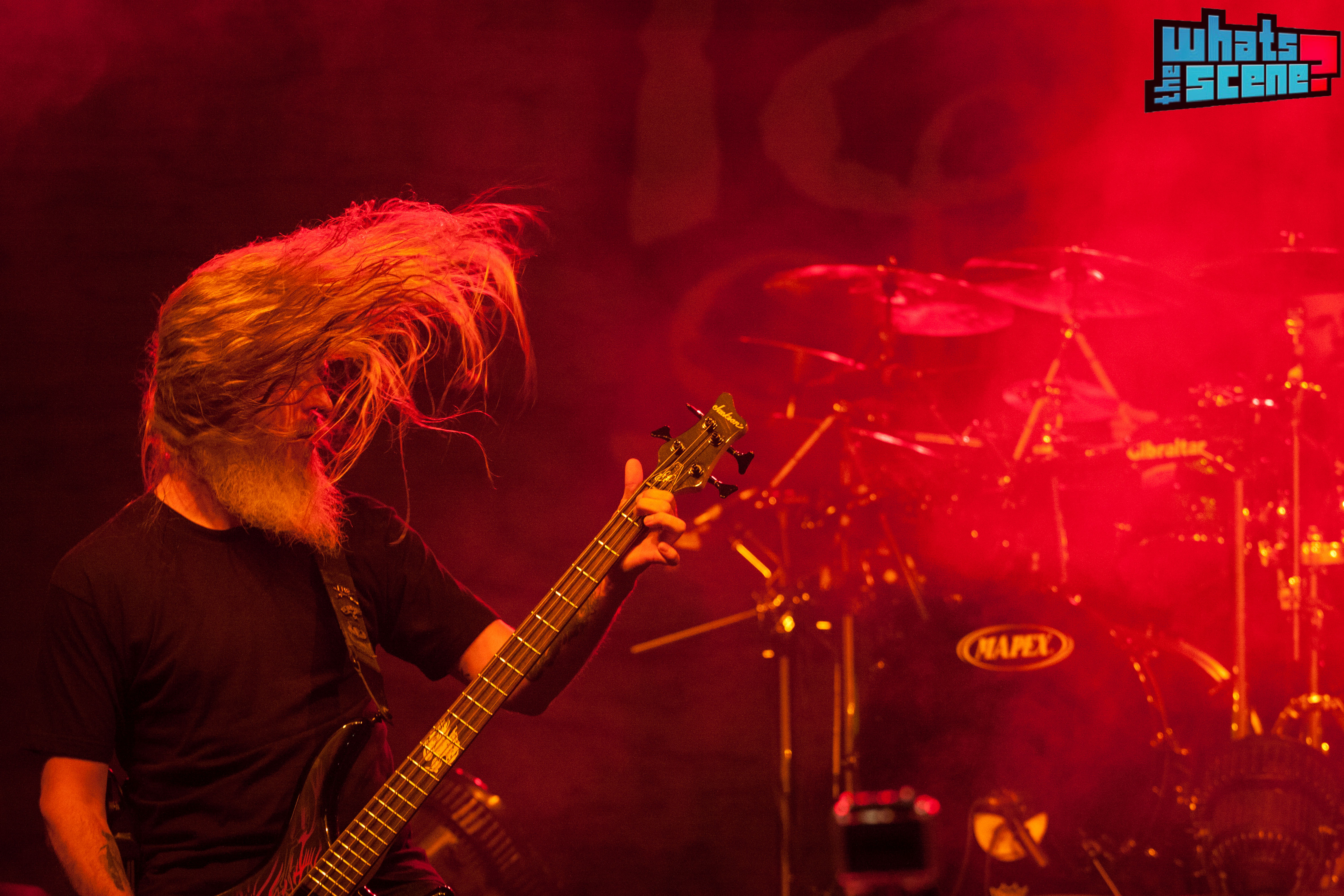 WTS: You guys are widely considered as the pioneers of this “new wave of American heavy metal” what do you have to say about that?

John: That’s really the media that was defining that.

Randy: It’s kind of over isn’t it? Nobody says that anymore.

John: Yeah. As we came up playing shows further and further away from home we found all these other bands were doing the same things like God Forbid or Shadows Fall. We played basement shows with these guys for years and then all of a sudden we’re called the new wave of American heavy metal. We were sitting around drinking and suddenly it is called the new wave of American heavy metal. It is journalists putting a label, which is fine as it gives them something to talk about. It is flattering to be considered the pioneers of it, but we live very much in the bubble.

WTS: What do you think about metal as a form of social and political expression in a country like India?

John: Yeah, I am not very sure about the thing in India but as far as just the art form is considered it’s a great way to express uh…

John: Yeah, it’s very aggressive and it can be very cathartic. It can be a very channelized way of showing aggression but it can also be raw negative aggression without any focus.