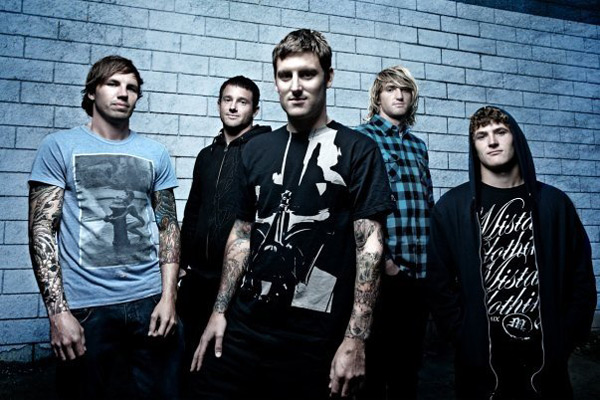 December 17th 2011, Nazrul Manch, Calcutta: Winston McCall, vocalist of Australia’s most popular Metalcore band Parkway Drive had a chat with the WTS crew about the band’s music, experiences and performance in India.

WTS: Welcome to Calcutta. It’s a pleasure to have you guys here!

Winston: It’s an honour for us to be here,thank you.

WTS: This is your second time in Asia after having played in Japan in 2009. How come you didn’t happen to visit India back in 2009?

Winston:  We wanted to come to India but initially we didn’t get booked for any show here. We always wondered if  India has shows, because we didn’t know a lot about the culture and the music scenario until our friend sent us a message on Facebook when he heard about our Asia tour and said – why not India? We said if you can make it happen we’ll come and look at what he did – all these guys have organized this amazing concert!

Winston: Amazing . We’ve only been here for like 6-7 hours and we really wish we had more time. First the gig got confirmed and then some mishap happened, but it finally did come through and we had to book the tickets real quick but I guess we’ll come back though.

WTS: Tell us more about your album Deep Blue.

Winston: The idea was to make an album which would be an experience musically,visually and lyrically.It follows the theme of searching for truth. We’re trying do more with our themes, our sound,with the whole concept and at the same time still be the same Parkway Drive. So that’s the whole idea.

WTS: What made you name the band Parkway Drive?

WTS: We’re really curious about your song ‘Samsara‘, tell us more about it.

Winston: The idea for ‘Samsara’ was inspired from a George Orwell novel ‘1984‘ and also from Buddhism. The existence of suffering,the idea of death is birth. It’s a very short song but it basically summed up the whole idea of the album because the album starts with a lost person trying to find the truth.  It’s about searching for something that you hope is there and when you find it you don’t necessarily like what you set out searching for.

WTS: How has the journey been so far?

Winston : It’s been f**kin’ awesome man. Everything’s been memorable for the last 10 years – everything! And just look outside, the local bands are awesome and the crowd! I’m amazed to see such a crowd responding so well to the local bands,they are all having a good time. That’s what we like to do. We get on stage and try to have fun and make the fans have a good time and enjoy themselves. We love doing what we do and seriously I’m one hundred percent serious when I say it’s our honour to be here.We just want to get out there and play amongst all these  people. And you won’t believe it, if you saw the town we come from and the music we play – it’s going to be awful for us to leave tonight. It is like one in a billion chance to be here.

WTS: It may be a little early to ask, but would you guys like to come here again?

Winston: F**k yeah!  I can’t stop smiling, I have a constant smile on my face. I feel awesome,so happy to be here!