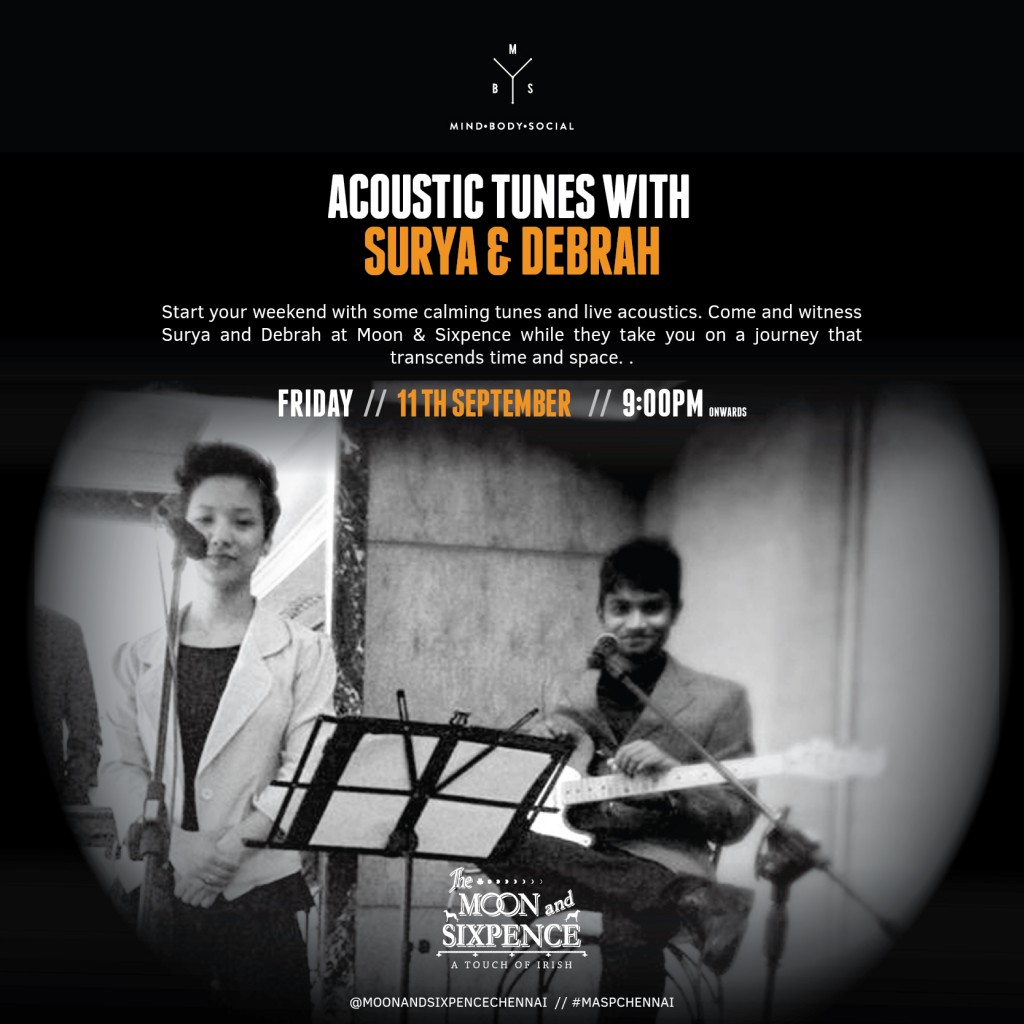 Debrah  hails from Shillong and has won and performed as an artist since 2005.

Surya  Has been a guitarist and vocalist since 2011 and is also an award winner.

This duo together pair perfectly with their unique influence, strong voice and complementing tones. 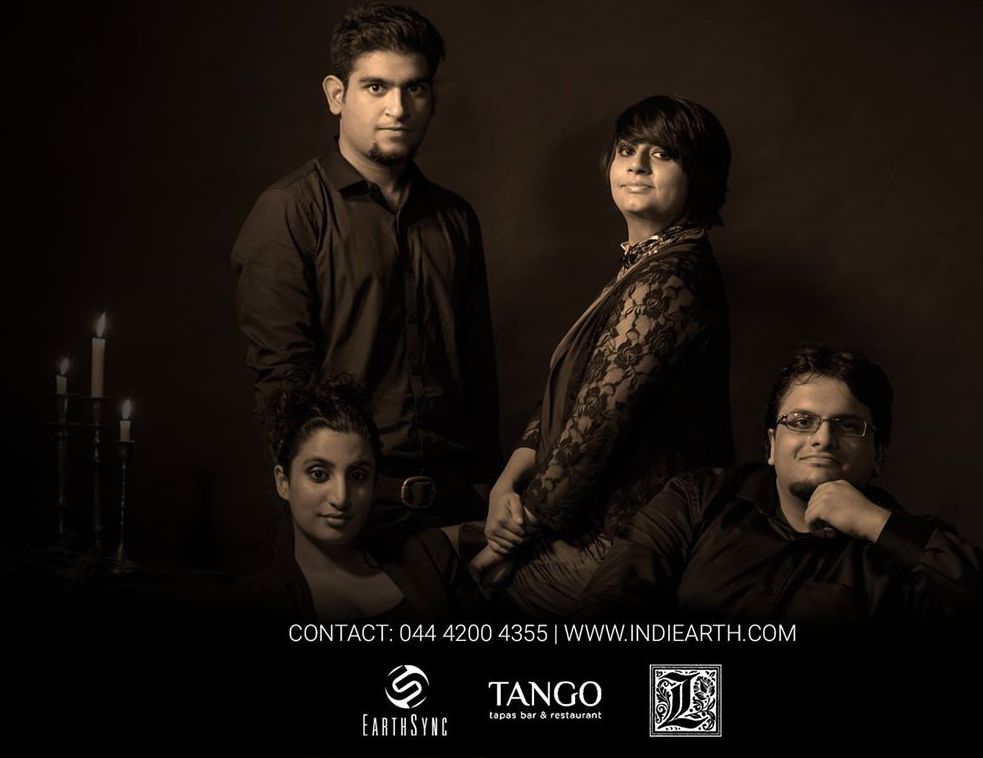 Chandbibi and the Waste Candidates
Rich vocal layers over Latin, RnB, funk and konnakol inspired grooves interspersed with jazz harmony and a healthy dose of the ‘strange and beautiful’! Beneath the polished lacquer of its smooth jazz surface, Chandbibi’s throaty vocals bring an element of grit to her waste candidates. Throw in a pinch of relevance with Latin and konnakol inspired grooves and jazz harmony and this sticky foursome have all the ingredients to feather your feet.

With the aim of providing a stage for a vibrant live independent music scene in Chennai, IndiEarth At The Park is IndiEarths monthly gig series. It will take place this Saturday featuring The Colour Compound from Mumbai  a four piece act with a sound thats jarringly simple while simultaneously rich in vocal harmonies, laid beautifully over their melodic guitar lines. The act consists of Rohan Mazumdar and Bradley Tellis on guitar and vocals, Adil Kurwa on bass and Aditya Ashok on drums. Having just released their debut album From Where We Stand this past summer, the act has spent a few years experimenting with different inspirations and have now honed in on a sound that is uniquely theirs. Catch them live on the Lobby Stage at 9pm.

UK based Indian electronic producer Nuphlo brings his multicultural influences all together into one electronic space. This eclectic artist started his DJ career playing at a local pirate radio station in Leeds, England, and also co-founded a record label called Hundred Colours Music dedicated to producing and releasing nu skool Eastern electronic music. Bobby Friction of BBC Radio 1 has said Nuphlos palette is as wide as his brain is skewed and after watching his career for the best part of ten years Im convinced he leans towards the box marked genius. An act not to be missed, he will be playing the Leather Bar 10:30pm onwards. IndiEarth will continue to organize these gig nights regularly in the city in order to provide more performance platforms for independent artists while also adding diversity to Chennais live music landscape.

For the 1st time in Chennai India’s two leading Rock bands Girish and The Chronicles #GATC from Sikkim and The Baiju Dharmajan Syndicate#BaijuDharmajan from Kochi, performing together in support of this great cause. Liquid Measure from Chennai also will be performing in this evening.

Girish And The Chronicles ( Sikkim)
“Girish and The Chronicles” is a Hard Rock band founded by the Lead Vocalist / Guitarist / Songwriter – Girish Pradhan, in 2009 in Gangtok, Sikkim (India). GATC is a four member band, known for their electrifying energetic live shows. Heavily influenced by bands such as Led Zeppelin, ACDC, Deep Purple, Iron Maiden and Guns and Roses, the GATC sound transports you to the bedrock of the Woodstock era of Rock.
Youtube: https://www.youtube.com/watch?v=R-3XYPIW3aQ

Baiju Dharmajan And Syndicates ( Kochi )
Baiju Dharmajan is a very popular name among ace guitarists in India. founder Guitar of MotherJane Baiju and his talented band mates have created a unique space for carnatic fusion with hard rock in last few years of its inception. One of the must watch live acts in the country.
Youtube https://www.youtube.com/watch?v=o091ZUa-WLc 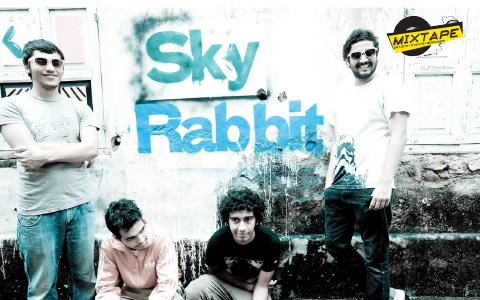 Mixtape is turning 5 this year and to celebrate this milestone they are putting up a 5 city showcase in Mumbai, Bangalore, Delhi, Chennai and Pune featuring some of the best artists in the country.

It’s been a great journey so far and they would like to thank all the Artists, Venues, Partners, Vendors and each one of you who have supported them over the years.

Playing in Chennai as part of Mixtape’s 5-year anniversary celebration is Sky Rabbit!

Mark your calendars and join in the celebration of the 5 years you’ve helped them build. 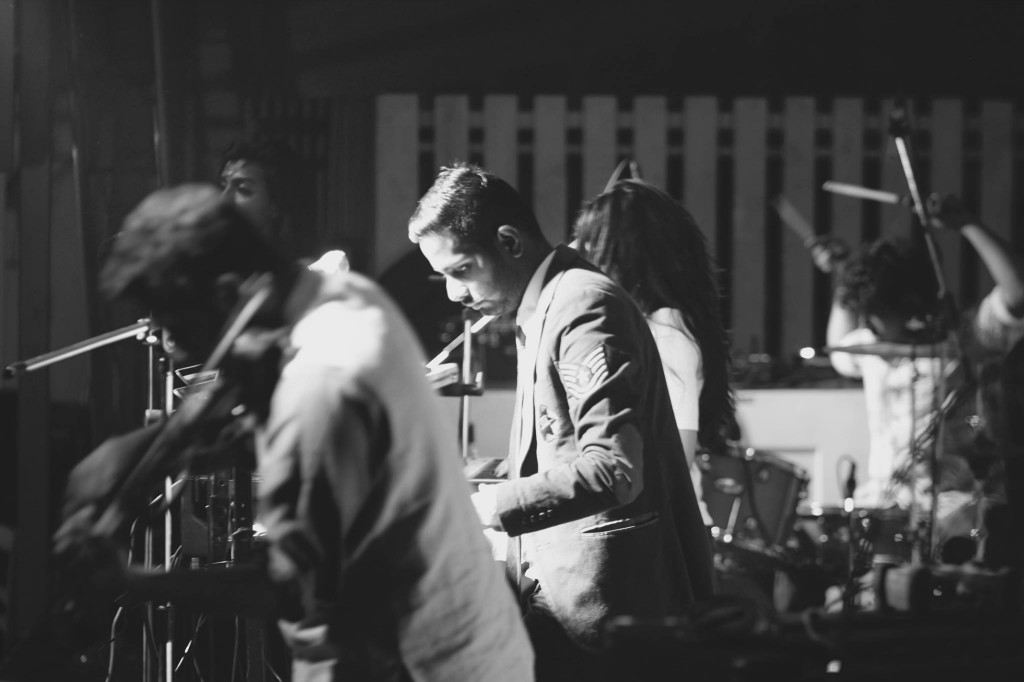 Things have been getting more and more interesting on the US 101 andThe Madras Stage Live Wednesdays. This ones only gonna be more fantastic with the talented electronic musician, producer and teacher Marti Bharath and his fabulous collaboration of Chennais finest feat. Tappass ,Maalavika Manoj Mridhula Sekhar and Shravan Sridhar that make up SAPTA Chennai’s #1 Electronic Act. . Fresh off of their tour SAPTA are back on homeground US101 with something special and new.

WIth Western Classical Violinist ATHIRA feat Adam Greig and Anik Sharma opening the show this is bound to be a “doubly” satisfying musical experience you cant afford to miss. 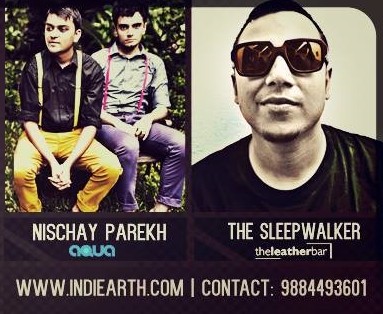 IndiEarth forges forward on its mission to provide a stage for Chennais live independent music scene with the return of IndiEarth At The Park  IndiEarths monthly music nights that aim to showcase an eclectic blend of Indian and international independent artists. This Saturday 2nd of May will see performances by Kolkata based duo Nischay Parekh and Jivraj, and DJ Sleepwalker at The Park Chennai.
IndiEarths monthly independent music gig series  IndiEarth At The Park – is back this April at The Park Chennai, showering the city with some of the countrys most exciting artists in the independent music scene at the moment. Nischay describes his music as “lyrical, lucid, and, playfully imaginative – a mix of classic pop sensibilities and kindergarten electronics. Everything comes out of boxes or keyboards, no computers!” A student at the Berklee college of music, Nischay hops between Boston and India and has released his debut album Ocean. His long time collaborator Jiver aka Jivraj Singh juggles as many beats as he does projects, including also playing with his family band Kolkata-based experimental/electronic rock outfit Pink Noise. The duo will play at Aqua on the terrace of The Park Chennai at 8:30 pm.

DJ Sleepwalker hails from the coastal town of Pondicherry, and his sets revolve around hybrid forms of minimal techno, progressive, break and nu disco. He has played festivals around India and shared the stage with artists including Manuel De La Mare, Darren Emerson, Kid Creme and Juno Reactor, and will be playing at the Leather Bar at 9:45 pm. 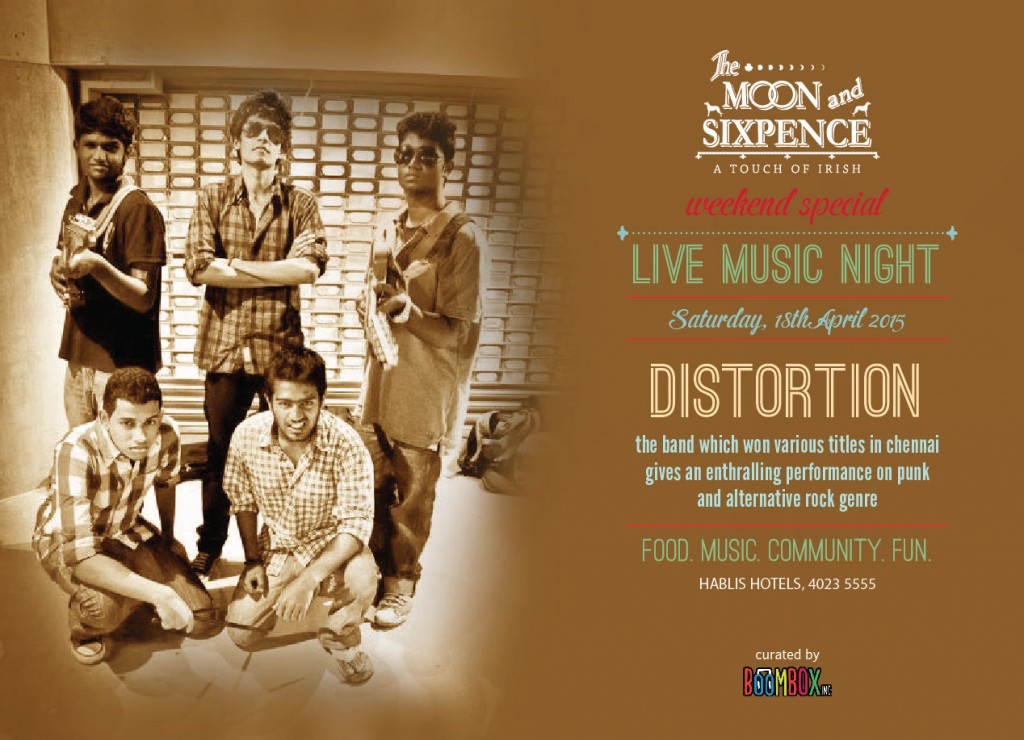 Distortion was a school band which was started in the year 2009. Undergoing minor line up changes the band has a few originals to its name. The main influences of the band are Green Day, Bowling for Soup, Simple Plan etc.