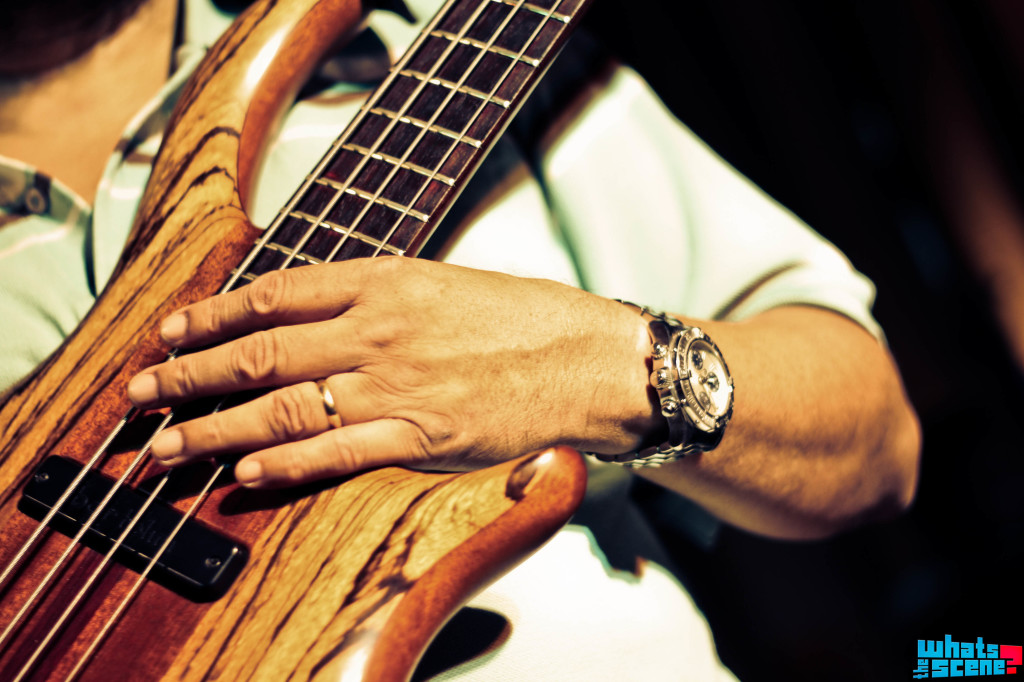 Playing a guitar essentially involves fretting a string with one hand while striking it with the other. As a right-handed player (I was born left-handed but that is another story), it is my left hand that determines the notes, and therefore the melody, while my right produces the sound. Techniques are add-ons, alternative ways of playing a set of notes. Instead of merely fretting and striking each note, you do something different with either hand, or both.

Till a few decades ago, descriptions of technique were centred on sliding, hammer-ons/pull-offs, bends/reverse bends, harmonics, etc. All of these were left hand techniques. Right hand methods were relatively fewer and simpler, consisting mainly of variants of alternate picking. The advent of the electric guitar and amplifier and of effects processors in particular, changed this equation considerably. Jimi Hendrix’s ‘pyrotechniques’ with the whammy bar and feedback; and the first experiments in two-handed tapping by Steve Hackett or Harvey Mandel (depending on which story you choose to believe) started a new trend. Soon you had pinch harmonics, 2-handed tapping, electric hand-drill picking, sweep picking, banjo-style claw-hammering, slapping and popping and so on. All of these are right-hand techniques. When technique moves from the hand that creates different notes to the hand that produces the sound, you can see that ornamentation is beginning to take precedence over the person wearing them.

This is not a rant against technique. I’m merely putting forward one possible perspective on where techniques stand in the overall scheme of things. Techniques are extremely useful. They spice up your playing, add tonal variety, grab the attention of listeners and make them go, ‘Wow!’ But today almost every guitarist, at any level of playing, feels compelled to learn every new technique that comes along. Once you’ve done that, you find it necessary to utilise them whenever you can. Technique then becomes compulsive, both in the learning and in the deployment. I recently heard a guitarist play riff upon fleet and fluent riff, each with a different technique, none of which had any connection to each other or to what the other musicians were playing; bereft of melody, lyricism or expressiveness, it was purely a demonstration of physical prowess. A more seasoned guitar player justified this approach, “But his technique is excellent.” Technique has been allowed to become its own justification. Onanism comes to mind – it is entirely about technique, too.

At much higher levels of guitar playing, the worship of multiple techniques segues into a celebration of myriad styles. I watched this very renowned, highly proficient guitar player once, in an impromptu performance. He played rock on an electric guitar, then moved into jazz and then into finger style jazz. Then he played fusion on a steel string acoustic, eventually moving on to playing classical on a nylon-string. All of it was done with consummate expertise and ease. Except that at the end you were left with nothing that had touched you, nothing that went home with you. One listener described it beautifully, “He performed everything without playing anything.” Exceedingly fluent, highly skilled, consistently reliable, extremely versatile: without the heart, guitar-playing becomes a sport.

The ascendance of technique has also been supported by a strong distance-learning industry spewing out instruction videos, on-line lessons, magazines, books, etc. We have allowed them to collectively create a large number of well-schooled clones. It is easy to teach techniques at $29.95 each – but you won’t find lessons that teach you to play goose-bump-inducing feel or shivers-up-and-down-your-spine expressiveness. You’ll need to discover this for yourself; and that is how it should be. Think back at the musicians who came up with your favourite techniques – which video did they learn it from? The great jazz pianist Bill Evans was once asked to demonstrate some of the exquisite chords he used to play. He refused, saying that he did not want to deprive others of the pleasure of discovering beautiful sounds for themselves.

Any student of linguistics will tell you that new words and descriptors do not pop up randomly. They are rooted in the cultural context from which they evolve. Today, if ‘riffs’ are ‘chops,’ the guitar an ‘axe,’ a great guitar player has ‘monster chops,’ and the headline of an ad for an acoustic-electric bass in ‘Bass Player’ magazine says, “Step up and slam low-freq through them until their tongue-studs crack their molars,” it means we have elevated guitar-playing from a sport to a gladiatorial sport.

Technique is about how you play notes, but playing music is much more than that. Allow me to describe one more aspect of this. I call it the Magic of Silence.

Take two very simple riffs: one which goes from C to D and another that goes from C to E. What is the difference between the two? Both start on the same note, both end on higher notes and both can be played on the same string. The simplest explanation is that the end notes (D and E) make all the difference because they are of differing pitches or frequencies. But this isn’t really true. Any musician knows that a C-D riff is the same as an A-B progression despite differences in pitch. It’s just that the riff has been transposed to another key. The difference between the two is actually about the ‘harmonic interval’ (major 2nd versus major 3rd, if you must), or the musical space between the notes. The point becomes clearer if you consider a drum beating a 1-2-3 and then a 1-2-3-4 rhythm. Both involve the same stick beating the same skin and producing an identical sound with every stroke. The only thing that has been altered is the silence between each drum stroke. Music is not about how you manipulate the notes that you play. It is about how you utilise the silences between them.