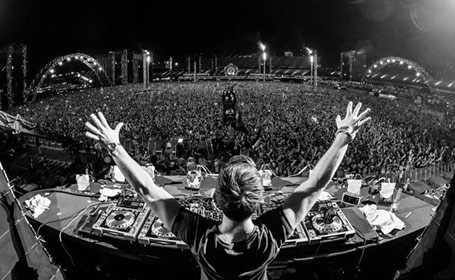 Oranjuice Entertainment and Barker Productions will be creating India’s first ever Under-20 dance music experience. Programmed by Submerge, #uXX is providing India’s next generation of music fans with an unprecedented opportunity: a series of concerts that’s ONLY for those who are 20 years old and younger.

The primary focus of #uXX is on giving young Indian electronic music fans access to young and upcoming talent from around the world – talent that is delivering fresh sounds. What makes #uXX different is that it will provide the platform to ensure that these young fans play an integral role in making these experiences come alive.

#uXX will give passionate young fans a chance to help create, produce, and execute a series of EDM shows. Fans will work hand-in-hand with the #uXX team to learn just how they put together world-class music experiences.

Rohit Barker, Director, Barker Productions says: I’ve been traveling across India as a radio presenter and a DJ for years now. I can’t tell you how many times I’ve met young people who have amazed me with their enthusiasm for and knowledge of electronic music. These fans have always had so much energy, but no place to share it because they were too young to go clubbing. I’ve seen so many tweets, I know how much the next generation loves its music. #uXX is the place where they can share all that energy and be as involved as they want to be.

Owen Roncon, Director, Oranjuice Entertainment says: “Oranjuice Entertainment pioneered the Electronic Dance Music movement in India. We produced the first set of concerts in 2002 and the first EDM festival in 2003. We’ve had a long-standing relationship with the EDM scene and we’re very excited to be involved in what we think is the next big thing in EDM for young Indian fans. We’re keen to have them involved with the music in every way possible  not just by being the audience; but by being more integral to the creation of the experience. Thats the spirit of #uXX.”