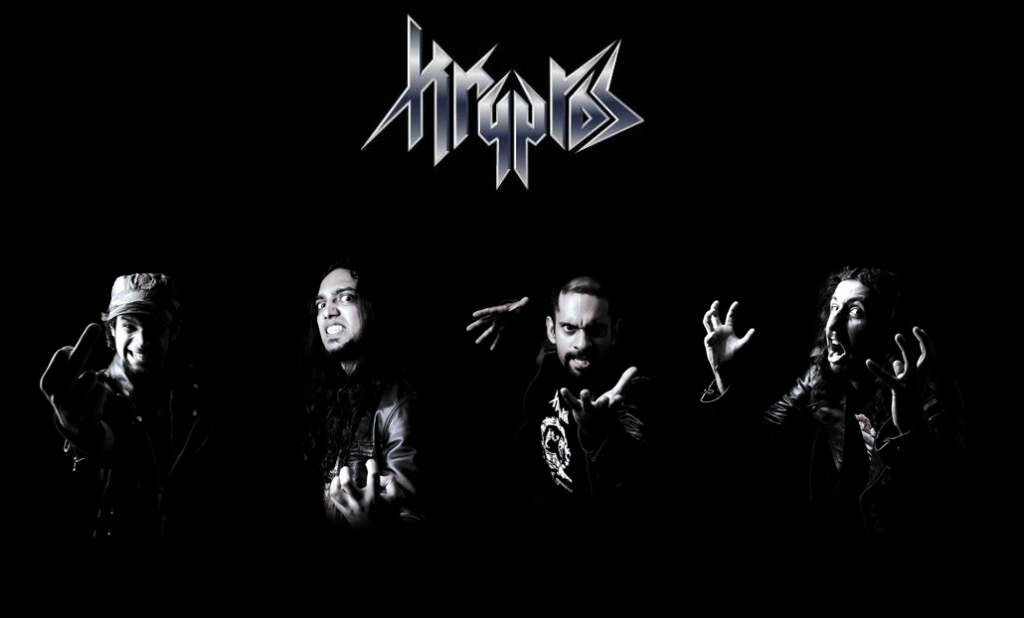 Bangalore-based Heavy Metal band Kryptos recently released an official statement stating that the band has amicably parted ways with their long-standing members Jayawant Tewari and Ryan Colaco and thanked them “for their unwavering dedication and for all the fantastic times shared over the years.” Founding member Ganesh Krishnaswamy (Bevar Sea, Witchgoat) rejoins the band as the bassist and Anthony Hoover (Witchgoat, Neolithic Silence) replaces Colaco on the drums. The band also went on to announce that they will not be playing any gigs until they get back up to speed and that they will return with full force in December.

Frontman, Nolan Lewis, when contacted about why the band had to part ways with two members said “We kind of grew apart, saw different sides to things and found it difficult to carry on. It’s actually a lot more complicated than that and we don’t really want to delve into it. It was time to move on and it just seemed to be the best thing to do.” Erstwhile drummer, Ryan Colaco says “The diplomatic version is that things got a little non-functional on a personal and professional level and we stopped bringing out the best in one another for various reasons. So it was better to just leave and keep the peace and start fresh and free.” When asked about what the focus will be on next, Colaco said “The focus will be on self-improvement – try and learn new beats because I’ve suddenly become aware that I don’t know too many beats outside of the Kryptos stuff that I used to play! I’ll be focusing more on teaching in addition to teaching at the Nathaniel School of Music.”

Speaking about the new band members, Nolan says “We’re already pretty comfortable playing with each other, Ganesh already knew all the songs and I’ve jammed with Anthony before. Now the focus is on getting tighter, practice a lot more and get perfect so that we’re really comfortable when we get back on the stage. Currently we are practicing the old stuff  but we will be writing new material and maybe mid next year we’ll have an album ready.” The all-new Kryptos will be playing their first gig in their new avatar on December 7th as part of Echoes From Beneath Vol. II.

Of the Seven Sisters’ Call: The Tetseo Sisters