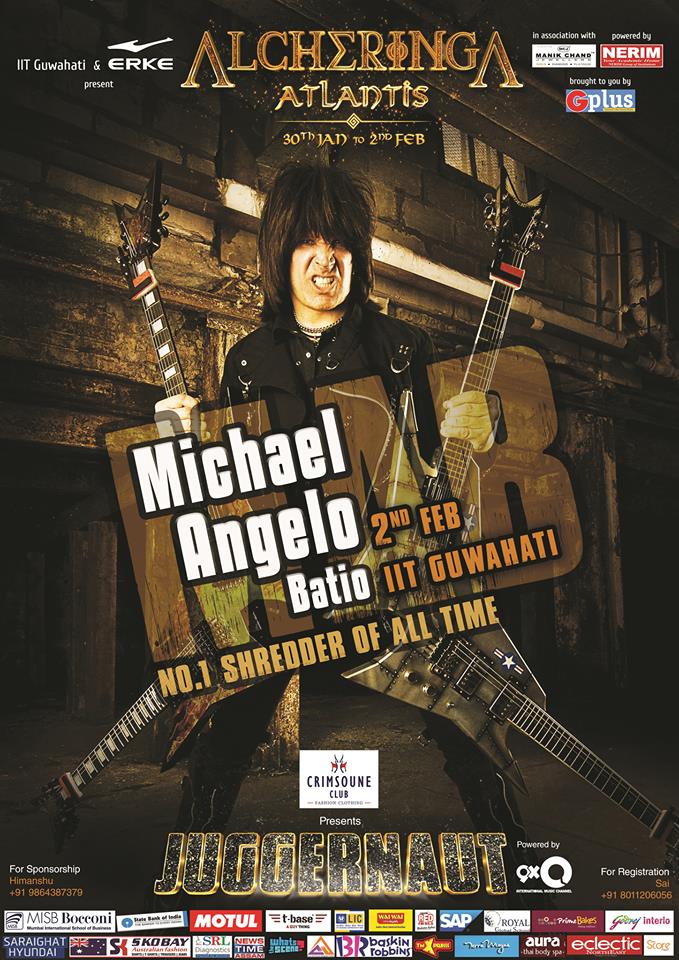 Inventor one of the coolest guitars – The Quad Guitar and The Double Guitar, and the former lead guitarist of the famous glam metal band Nitro, Michael Angelo Batio, popularly known as MAB will be headlining the fourth night of the festival, Juggernaut, this year at Alcheringa, IIT Guwahati scheduled for 2nd February 2014.

Parvaaz gears up for the launch of their album ‘Baran’