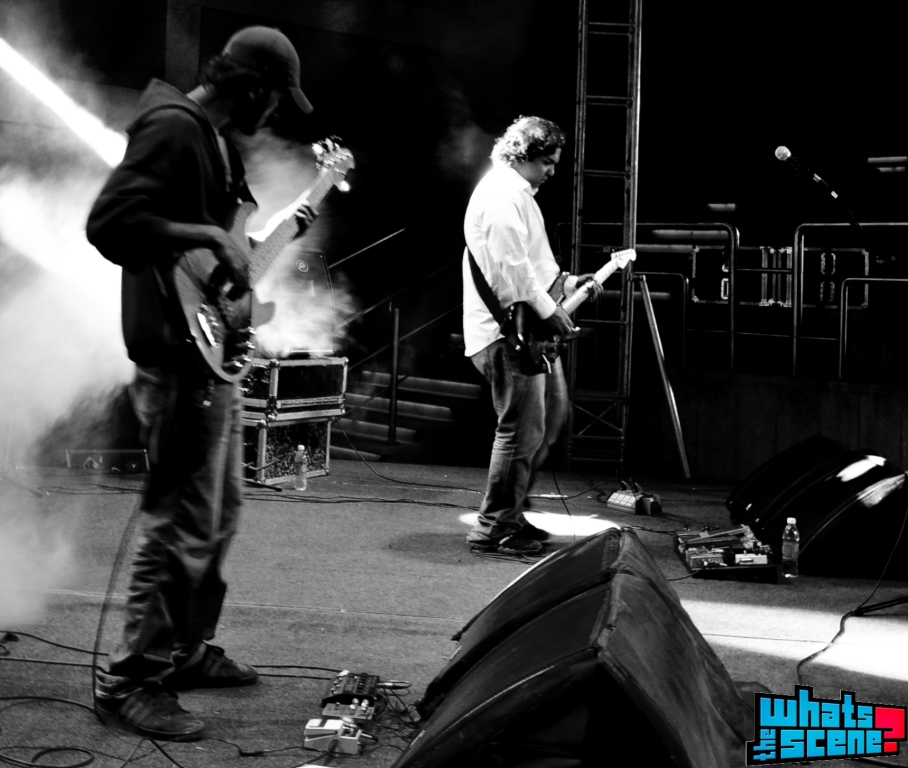 We all have our favourite Zero song and mine was ‘Her’. I remember listening to the simple chord work and smooth vocal harmonies and falling in love with the sound back when I was in college and I remember thinking to myself, “Indian bands sound awesome!” Zero has been the benchmark for a band in my mind and to be able to see some of the original masterminds perform live was a treat I could not afford to pass up.

Bangalore Habba probably hit its zenith over the weekend when it featured one of the country’s ace guitarists Warren Mendonsa’s instrumental project Blackstratblues. Warren, alongside childhood buddies Sidd Coutto on Drums and Johan Pais on Bass, performed tracks from his two albums – Nights in Shining Karma and The New Album.

The band was visibly pleased with the great looking venue; UB City’s amphitheater was adorned with two rows of LED parcans on trussrods, washing the stage with vivid colours. There was also a backline row of moving headlights that added to the crisp evening ambience. ‘Steppin Out’ was the first track for the evening, a blues rock standard that BSB usually opens a gig with. ‘The Happy Billi Song’ was up next – a feel-good track that Warren really opened up his playing with. It would seem another album is to be expected soon. The by-now grooving audience were treated to a slew of songs that will probably be featured in the next collection. ‘Untitled(1)’ aka ‘E maj Blues’, a warm, slow ballad was the first of the lot. 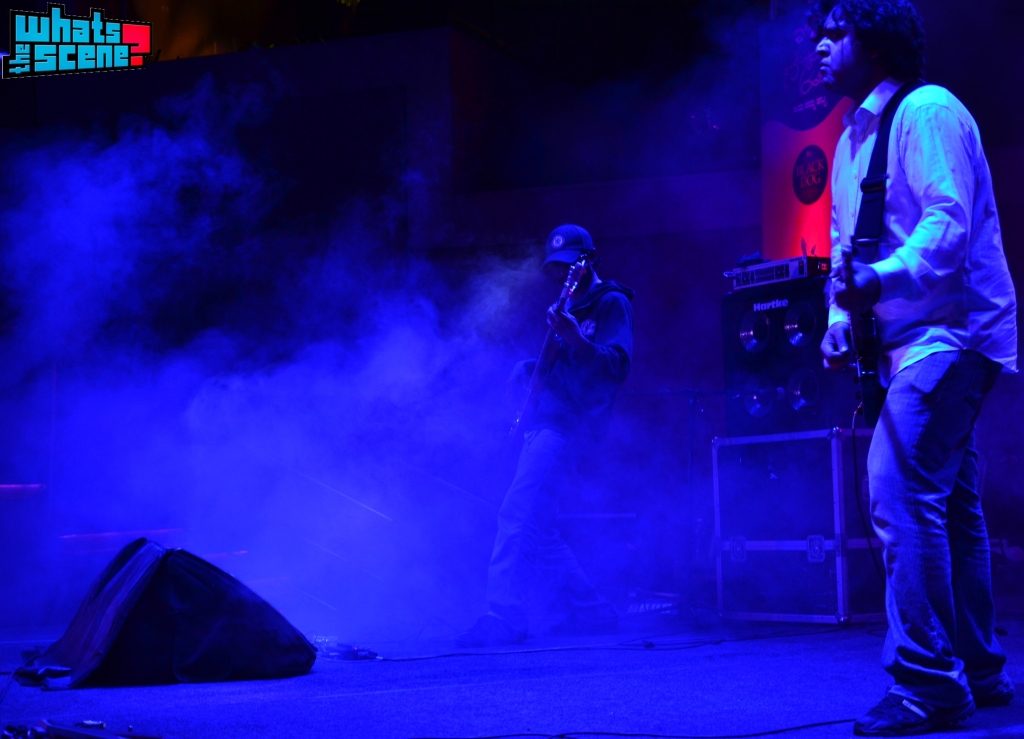 A cover of Billy Cobham’s ‘Stratus’ was really unexpected, mostly because I’d never heard this song before. A driving bassline with a busy 16 beat to keep the drummer busy let the guitars take over for a groovy jazz-rock track. It is always fun to watch a three-piece outfit create such a ruckus onstage, each maintaining their range, dynamics and yet not sounding like a competition for sonic space. ‘The Universe Has A Strange Sense Of Humor’ was up next – a very intimate and very personal sounding piece, which was quickly followed up with ‘Soar The Sky’ that was easy to listen to and wonderful to watch as it was being performed by the master himself. The highlight was the time meter switches from the solo feeding back into the main motif.

Johan dutifully maintained his elegant bass lines throughout the show and Sidd – a real beast behind the skins, he treated percussion lovers to a magnificent show. His energy was spilling all over the kit and even knocking over hapless drum mic stands that seemed to be in awe of his intensity and prowess.

Warren took a little time to talk about writing the songs in Auckland and how the overcast weather often inspires you to write songs sitting by yourself with a guitar, like ‘Ode To A Rainy Day’ – a beautiful ballad that opens up deep emotions with a minimalist texture that is intensely stirring. 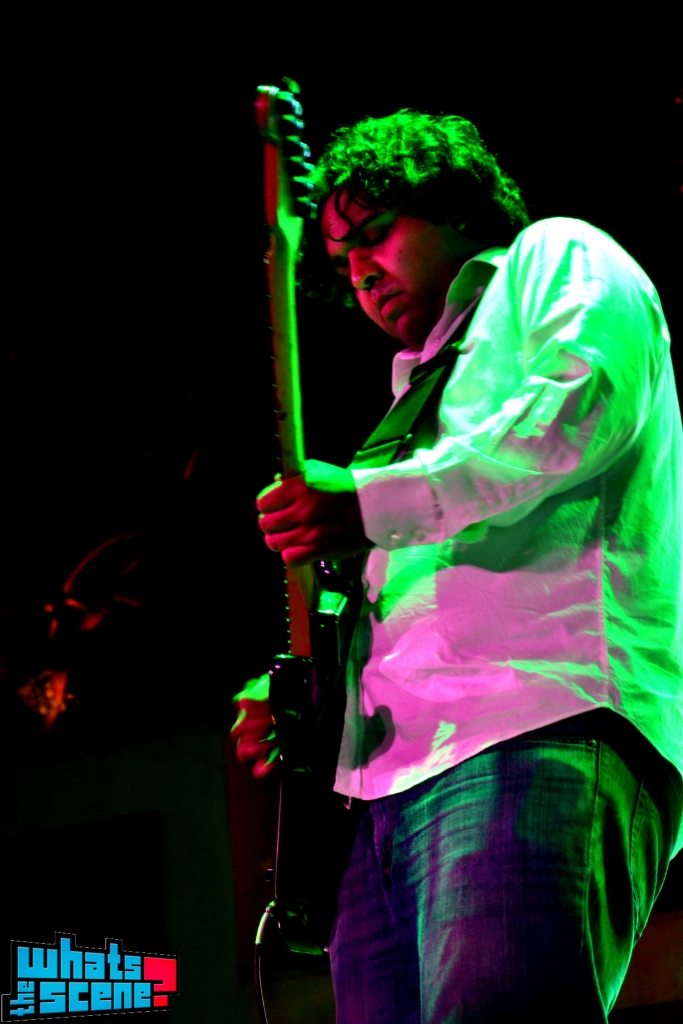 His vocabulary seems to prefer “feel” over technicality and honesty over elitism. Warren’s guitar playing sounds more like an extension of his thoughts perfectly connected with a voice that is singing gloriously in his mind with overwhelming emotion and empathy. ‘Blues For Gary’ brought it all back to the legends who have wielded the strat before Warren – black or any other color for that matter. All of this just had to lead into one of the greatest pieces of music I’ve ever come across – ‘Anuva’s Sky’. All I can say is learning to play this song, will spawn an entire generation of soulful, patient and hardworking guitarists who, in my opinion, are of a dying (unborn?) breed.

The band was wildly cheered into an encore – their rendition of ‘Norwegian Wood’, and as if the night couldn’t get any better, the boys launched into three more ‘Untitled’ jam tracks that simply floored the last bunch of people who faithfully stayed on till the fitting finale.

It was a privilege to be able to watch the Blackstratblues albums performed live – although slightly tailored to suit the minimal performing format – the evening was all about  great hooks worked into catchy melodies, great tunes delivered humbly, with conviction and straight from the heart.