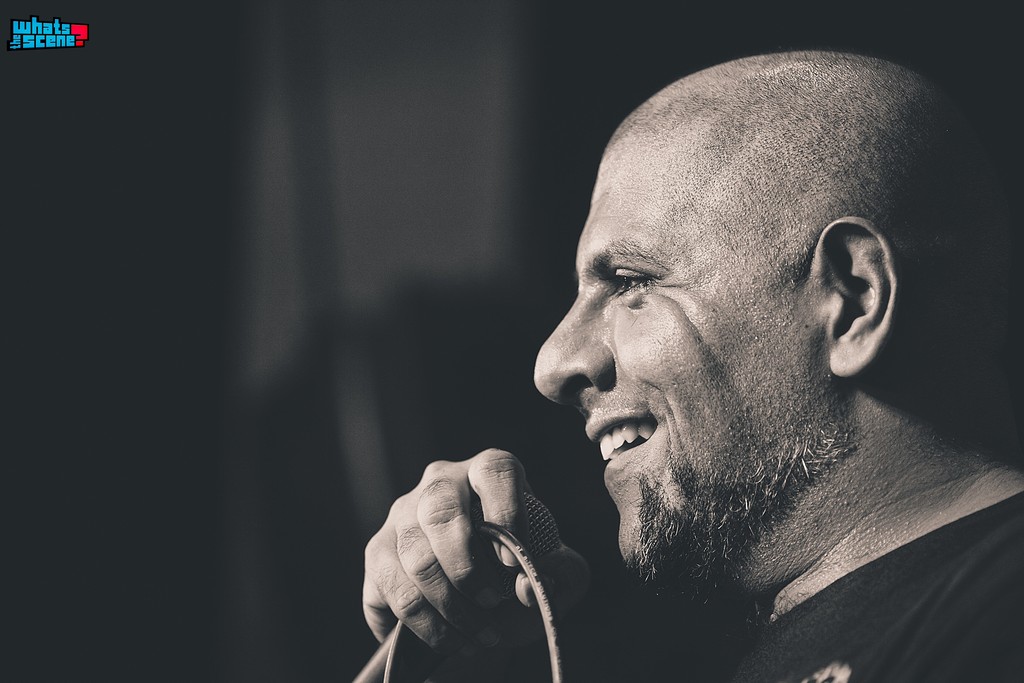 Pentagram, the four-piece techno rock band from Mumbai is currently promoting their latest album Bloodywood in HRCs throughout India as part of their Album Launch Tour. They played HRC Bangalore to a sizable crowd of around 200 people on 7th April 2011.

Pentagram, as I reckon, make music to appease two kinds of audience that stand at two extreme ends of the musical spectrum. The first: cool, hep, Armin Van Buuren worshiping, club-going kids. The second kind: average hard rock enthusiasts. However, the problem and a huge one at that is, they do not play two separate genre songs to these two kinds. Instead they play a hybrid mixture of music trying to please all kinds of music enthusiasts and non-enthusiasts in a unary attempt. Their music can be categorized as – heavy dose of sampled techno beats combined with hard hitting guitar riffs mixed terribly with rather surprisingly brilliant vocals rock.

Frankly, the tag techno/electro rock was the reason I never bought their music or listened to it. However, the fact that they (the lead vocalist Vishal and his partner Shekhar) have been working in the Indian music industry for more than a decade now and the band cuts a new album titled Bloodywood generated a kind of curiosity to check them out. Were they mocking the kind of music the lead vocalist produced with his partner for the Indian film industry in the past? Were they now disowning their legacy of “cool” and “hep” club music with that kind of a title? Or were they making the same kind of music they have been making but naming the album Bloodywood as just a juvenile attempt at word play? One way to find out -attend the gig. Attend I did and I wasn’t much too pleased with most of the setlist.

They started off with a rather brilliant hard rock number with strong elements of South Indian commercial music ‘Tomorrow’s Decided’ off their new album which sounded devoid of their usual electro beats. But the pre-recorded/generated beats were later the major ingredients in the remainder of the tracks for the night.

Pentagram, let me be frank, are brilliant in two departments: vocals (more than perfect for a hard rock group) and guitar riffs (melodious yet pretty hard). The disappointing element that spoils their efforts is the inclusion of techno and house influences. I am sure they have a following, every band has its following and Pentagram having been around for long in the scene is no less, however, I do not find them aesthetically rich enough to please musical senses of a person out there to feel, experience and absorb.

Also, like many mature bands, they know their strengths. They know when they’ve made a good song. They know the crowd pleasing tracks. They know what stage performance actually is. They know a lot about performance and music making compared to the bands that we have in India currently. They went on to play ‘Tomorrow’s Decided’ a second time without even an encore because it’s a bloody brilliant track. However, the rest of their tracks not so. You may jump and gyrate and scream under the influence of the ambience and alcohol. But that’s that. At the end of the day, it’d be just be another gig like going to a club and listening to repetitive electro beats. Your senses crave for something hard, yes, heavy, hell yeah, but also sensual.