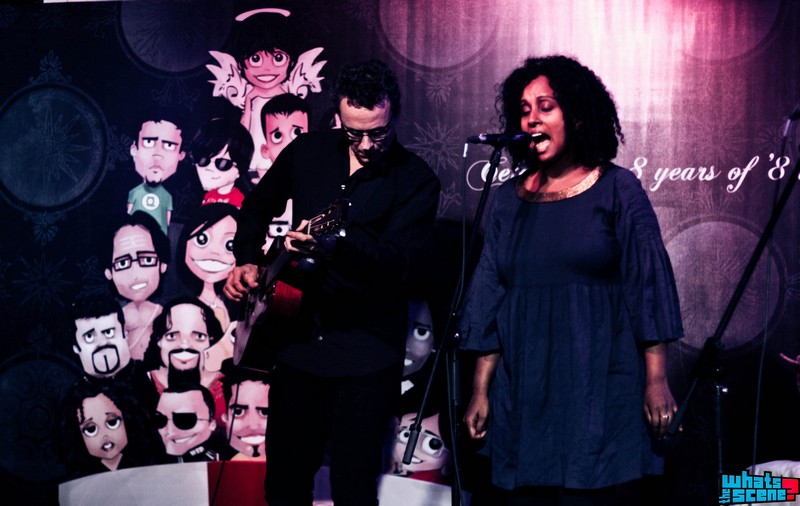 As part of Opus’ Christmas Festival, a string of acts leading up to the festive season made for a great live music show. Susheela Raman – the acclaimed British-Tamil vocalist was performing with her producer Sam Mills on guitar, Kutle Khan on folk vocals and Nathoo Lal Solanki on the Nagada (percussion), the latter being from the Rajasthan Roots collective.

We landed up quite early (7:30 p.m.) for the show and the Christmas Carol Jazz collection that had started to play was a welcome change after having to sit through the soundcheck for what seemed like eternity. The rest of Bangalore smartly sashayed in well after 9:00 pm. One announcement and advertisement for the caricatures outside by Graphic Curry later, the band finally took to the stage at around 9:30 p.m. 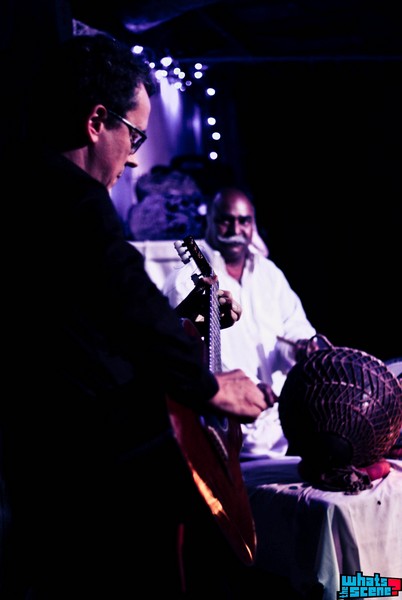 Susheela and Sam Mills on a nice Takamine acoustic started the show with a track off her latest album Vel; heavily accentuated Tamil folk singing, with a mellow chord sustain and a loop station layer made for a very smoky, ethereal song. They moved onto ‘Like a Rolling Stone’ – a Bob Dylan reimagining that was intended to be asymmetric , which, for better or worse, was exactly the way it came across to my impatient and slightly ruffled hearing.

The next track was ‘Muthu Kumar‘  – the link leads to an alternate arrangement of the contemporary folk/fusion track that sounds way better than the bare sketch that the duo put on. Kutle made his very innocuous entry with his Khartaals (castanets) and some short Rajasthani folk alaaps.

Nathoo Lal made his presence known after he took to the stage with a blistering Nagada solo that literally “wowed” people as it led into the next song with all four artistes on stage. The crowd (the venue was packed like a market by now) found the primal percussion very esoteric and danceable, quite contrary to my first impression of the mixed audience. 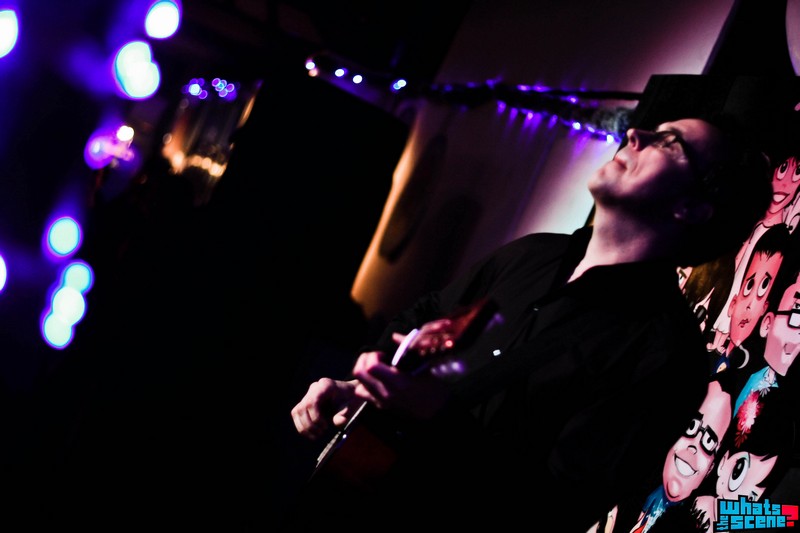 ‘Raise Up’ – clearly a crowd winner – was very energetic, very up-tempo but the best part, in my opinion, was opening up the door to Kutle Khan’s honest and hardworking Rajasthani folk vocals against Susheela’s rousing English lyrics and the tension within Sam’s frantic chords.

What happened next was interesting. They started off with an ancient  Tamil Chant ‘Blue Lily Red Lotus’ and then blended that with a Jimi Hendrix song – mind you, all of this is all vocally referenced with an obscure Ethiopian mode and a generous helping of multiple guitar effects. I was completely swept away by the substance, or the lack of it, that goes into re-working classics until Uday mentioned delicately that this was in fact  ‘Voodoo Child’. Apparently, there’s an entire album full of these cocktails under the title 33 ½. 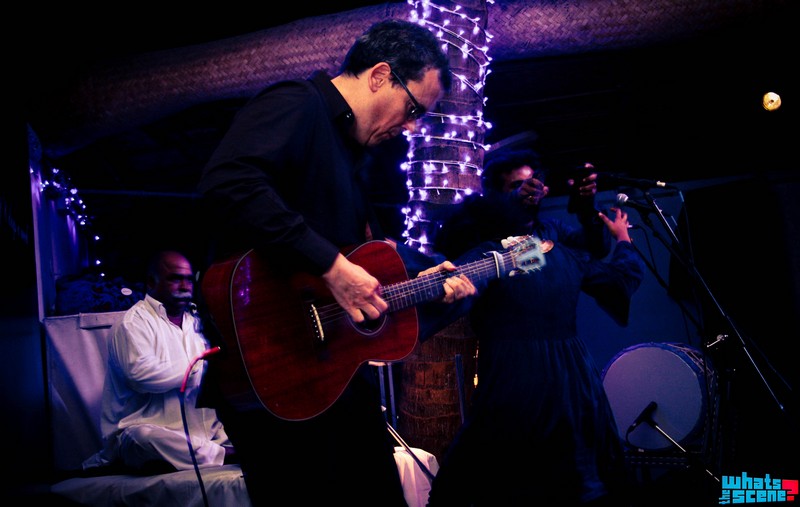 Most music that one sees as “ungraspable” either means you don’t understand it yet, or that the musician hasn’t been able to understand it yet. Bending one too many genres in an attempt to remain “unstructured” whilst placing on it the elite robe of “free” (for lack of a better word) is a very fine line, either leaving the artist a joke in local circles or shortlisted for  prestigious international prizes.

For the most part of the show, the endings would compensate for the energy that fed the crowds.  Sam’s guitars were sombre but Kutle was outstanding in all his efforts. Halfway into the penultimate song, all Susheela had to murmur was “Stand up people” and everyone paid their whistle-podu respects to the drums of Nathoo Lal. A loud and thoroughly entertaining evening indeed!