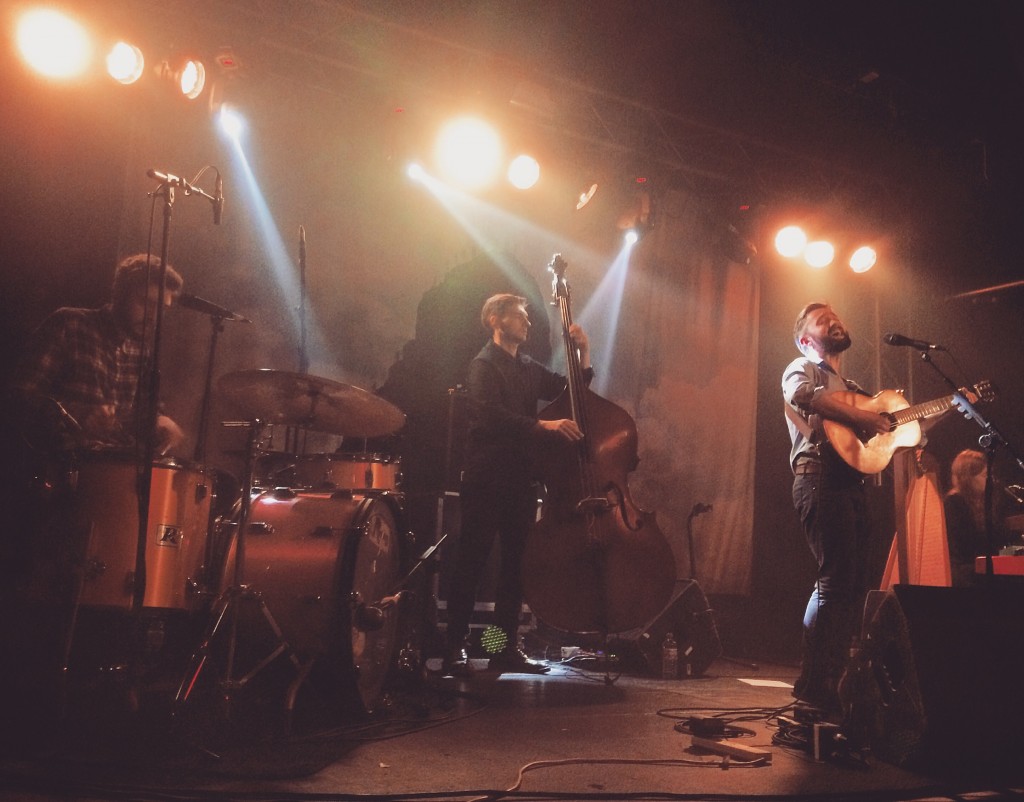 Its an open campfire at OBriens tonight. Soggy February skies muffle Oxfords O2 Academy, but inside Villagers and their merry men are blazing through an Irish folktale. Do you really wanna know about these lines on my face? Well

Canadian experimental folk singer Aidan Knight introduced the evenings story with an acoustic set steeped in melancholy. He perched cross-legged just like he was enjoying a lazy afternoon on a park bench. Thoughtful, well-crafted, but at times a little bland, Knights sound resembled a subdued Jack Johnson. It was more his endearingly modest persona that sold the otherwise lackluster set. Charming with laid-back conversation, the O2 warmed to him with ease, and he gave way graciously to the main event with the heart-wrenching track Margaret Downe.

Villagers are a remarkably understated band. The pull of their small but solid reputation filtered out the celeb seekers that populate many larger gigs, instead pulling in a crowd of fully committed followers. They greeted the band like old friends: no need to say much, we get it.

OBriens song writing exemplifies his meticulous musical approach. Often playing on mid-sentence openings and unresolved harmonies, he relates chapters that, in a gig setting, combine into a grand, mythical story. Sometimes stormy, sometimes sunny, Villagerss melodic world meandered through the rippling sunrise of Dawning on Me, to the haunted mountain strength of Occupy Your Mind. Amidst these meandering landscapes however, the thoughtful humbleness of OBriens lyrics keeps the music grounded and approachably simple.

The hook of Villagers is their unfaltering musicianship. Here is technical precision, eagle-eyed alertness and smart, professional interaction. Last night combined superbly ambidextrous kit playing, trumpet and angelic harp with a double bass anchor and chalk blended vocal harmonies. OBriens distinctive voice gave additional colour with controlled quivers and ethereal reverb. However, whilst a spectacle in itself, this well-drilled routine sacrificed the spontaneity of live performance. In the gigs later stages, a lyrical stutter from OBrien left him floundering, and forced into an awkward blasé ending to Hot Scary Summer.

Glitches aside, Villagers have a deep-seated trust in their music, and tonight it was felt on both sides of the stage. Most appreciated was the dreamy 2010 track Twenty Seven Strangers. For those new to this gorgeous band, its a good place to start. Never has a bus journey been told so enchantingly. Are we there yet? Tell me were not.