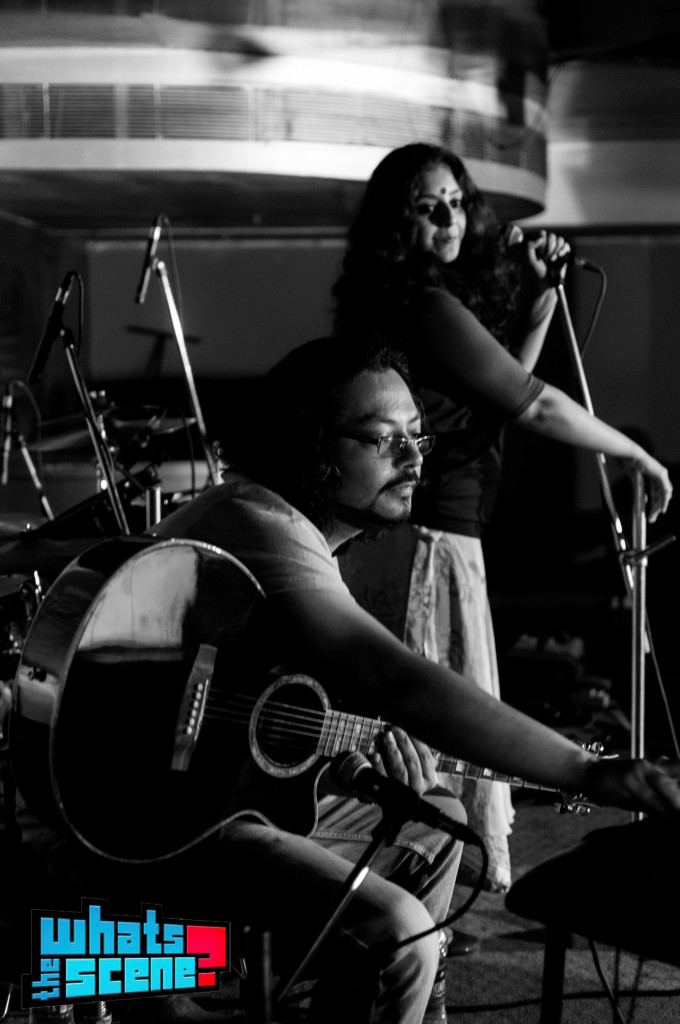 Ashmaan from Kolkata has been the latest buzz in town. With their almost ethereal sound, the duo has charmed audiences far and wide. The band has recently launched a self titled album. This is what Singer Songwriter Anushree Gupta and Guitarist/ Programmer Sukanti Roy have to say about it…

WTS: Tell us what Ashmaan your debut album is all about.

Ashmaan: This is the first album which entails the sound and lyrics that best describe Ashmaan. Its contemporary and covers moods and emotions that people experience in modern times.

WTS: Tell us more about your songwriting. Who is the band’s primary songwriter?

Ashmaan: Anushree is the singer songwriter. All the compositions are written in Bengali. The songs lyrically cover varied emotions. They paint pictures of city life, talks about highs and lows that make life the way it is. For instance, there is a song called Ishita which is dedicated to a friend, then there is Chobi Gaan thats based on photographs, Du-paa that celebrates freedom from fear of loneliness. There are many more that deal with other aspects of life.

WTS: How and when did you plan the album?

Ashmaan: We have been working on our original compositions for about a year bouncing ideas both lyrically and sonically. Six months down the line we consolidated our sound and thought; this was the way to go. Therefore, the plan for producing an album came about naturally.

WTS:  Tell us more about the album art.

Ashmaan: The album artwork is has been done by Sukanti. Keeping in mind that this was our first album, our objective was to provide a simple but focused artwork which will not lead listeners into varied headspaces. The artwork is simple, direct and non-bias so that it does not provide the listeners with any pre-conceived notions about the music. So, this allows us to move into any direction in our next album and may be in the next one we would have a more suggestive artwork.

WTS: Do you have plans for a tour to promote the album?

Ashmaan: The album was launched on the 5th of October at Plush, the Astor. It was a magical evening with Joy Sarkar and Lopamudra Mitra cutting the ribbon followed by a brief performance with lots of friends and fans to celebrate the evening with. We are looking forward to an album tour covering Bengal and major A-cities in the country and also we are in talks for a few international tours.

WTS: How do you define “electro acoustic”? Why is it essential to Ashmaan?

Ashmaan: Electro-acoustic can best be described as a man-machine combo which allows the machine to figuratively paint landscapes which the guitar and the vocals add the manual acoustic diversity to the sound. The sound is absolutely original and Ashmaan derives its mood from this sound.

WTS: Your comments on the fading away of hardcopies of albums vs the onslaught of electronic (free) distribution of music?

Ashmaan: We see the fading away of the physical copies as a natural process of evolution in the music industry, as we have seen in many other aspects of life the inception of a new technology cannot be stopped.

WTS: Where do you see Ashmaan in the next 3 years?

Tajdar Junaid on his latest release ‘What Colour is your Raindrop?’

In conversation with Jordan Rudess