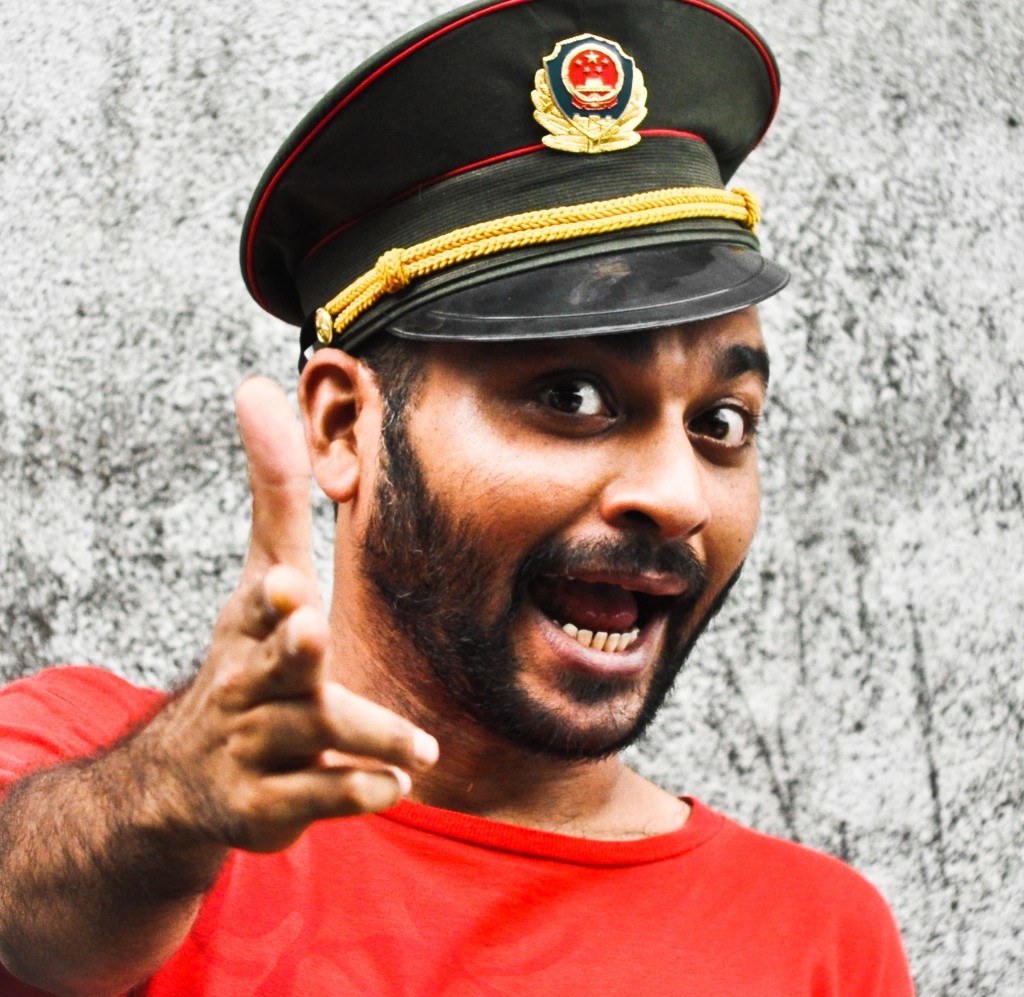 “I’m going to be a star performer”

“I want to break free”

If any of these thoughts have ever crossed your mind, this handy, easy to read, easy to digest and easy to poop out guide will have you on the road to being an Indie Music Superstar in no time. In NO time. At all. 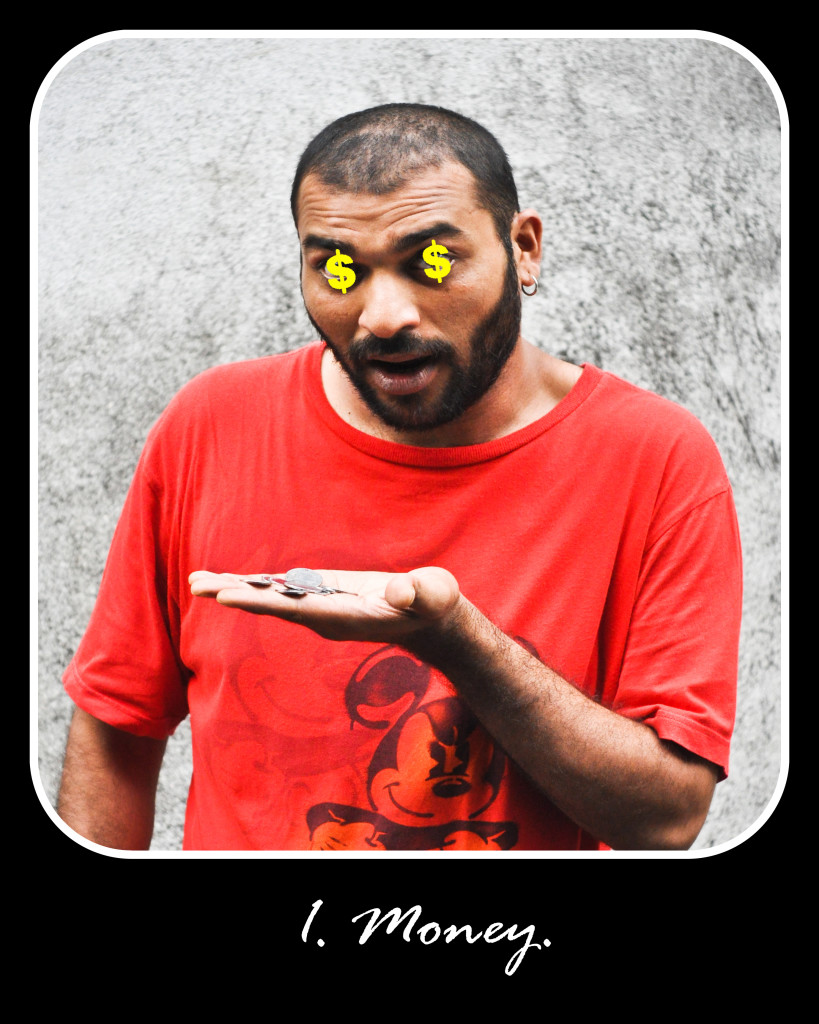 You need a certain amount of money to invest in yourself, for equipment, training, pedicures and such. It is best if you are young, have parents with money, have a fairly convincing puppy dog face or are born into a music-loving family.

Another common but unpopular way to make money is to get a job. This could be anything from being a bus boy at a hotel to being the President of a major Gymkhana. 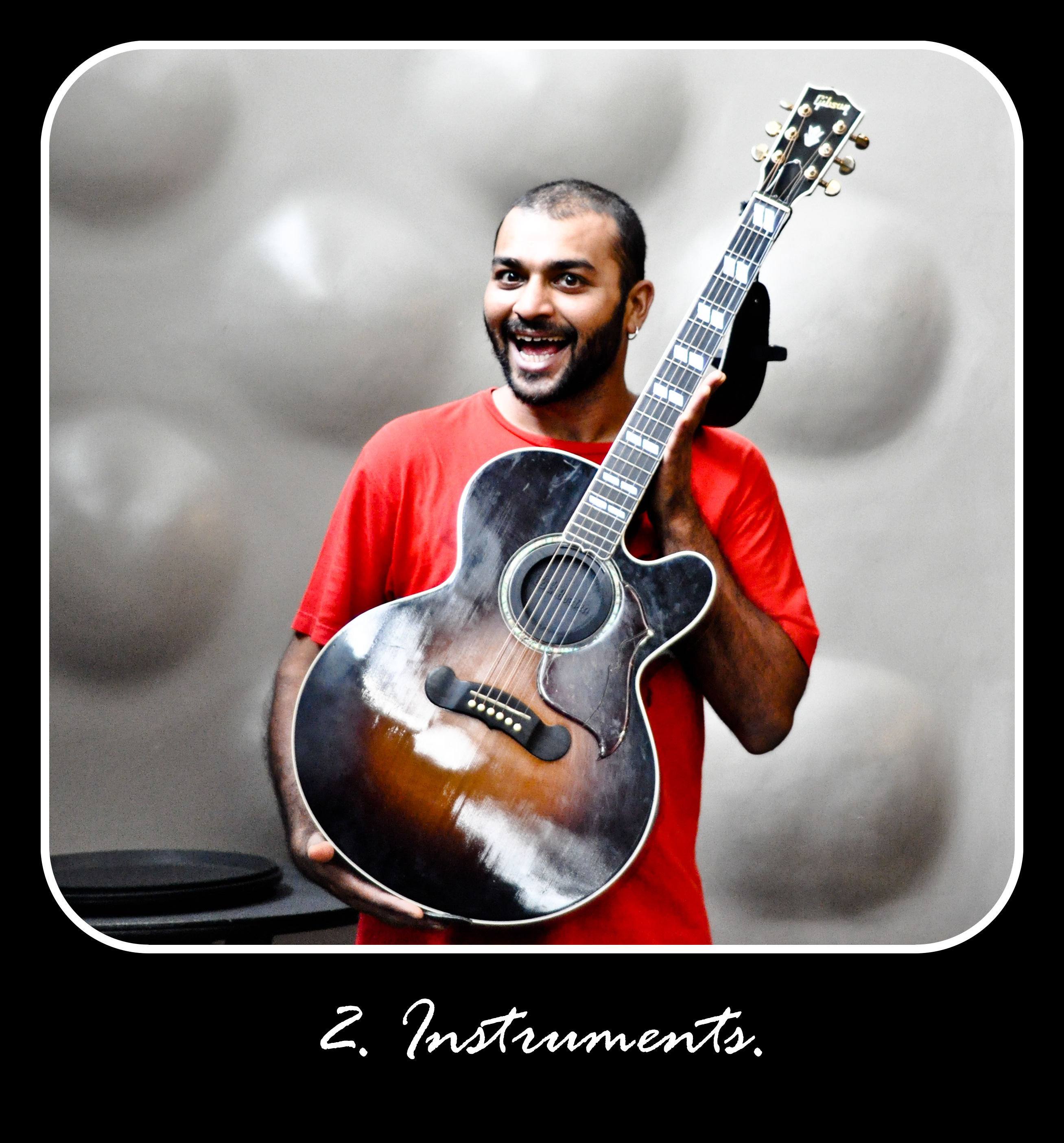 It is very important to have an instrument. Research has shown that almost 100% of music is made using some sort of musical instrument. Your vocal chords count as an instrument, if only for the purpose of this argument. 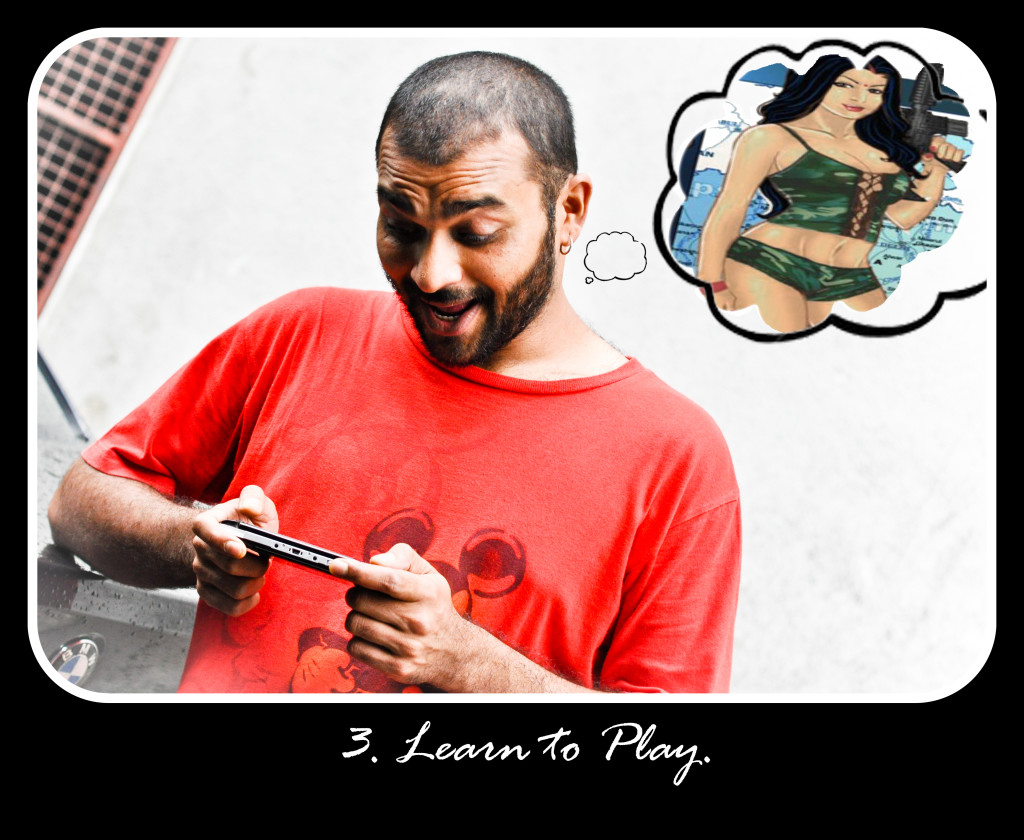 Depending on what instrument you have chosen to play, life can either become very difficult at this stage or better still, unbearable.

You’ve all seen the look on a lead guitarist’s face as he plays a blistering solo. No, he’s not trying to be cool. The tips of his fingers are burning and he can’t wait to get off stage and soak himself in a solution of Epsom salt and water and whisky and water, only one extraneously.

Now practice till you sound good. It’s as simple as that. 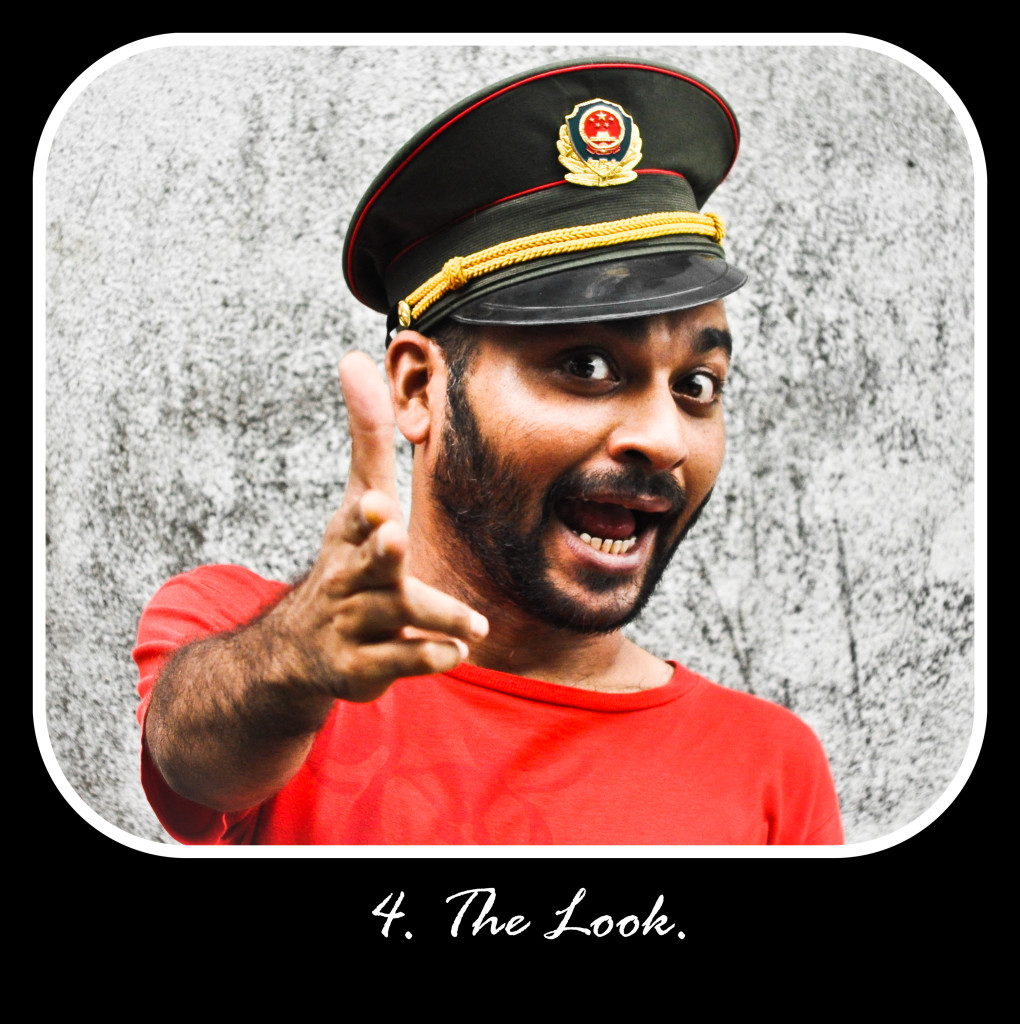 If you are to become a somewhat successful artiste, newspapers and magazines will write articles on you. These are often accompanied by photographs, which means you have got to make a conscious effort to look interesting.

Some experts say it’s best if you be yourself, but if that were true, everybody would be performing in whatever they wear at home when they’re alone, with family or close friends.

Fans enjoy looking at pictures of hot women, so it’s best if you are one. 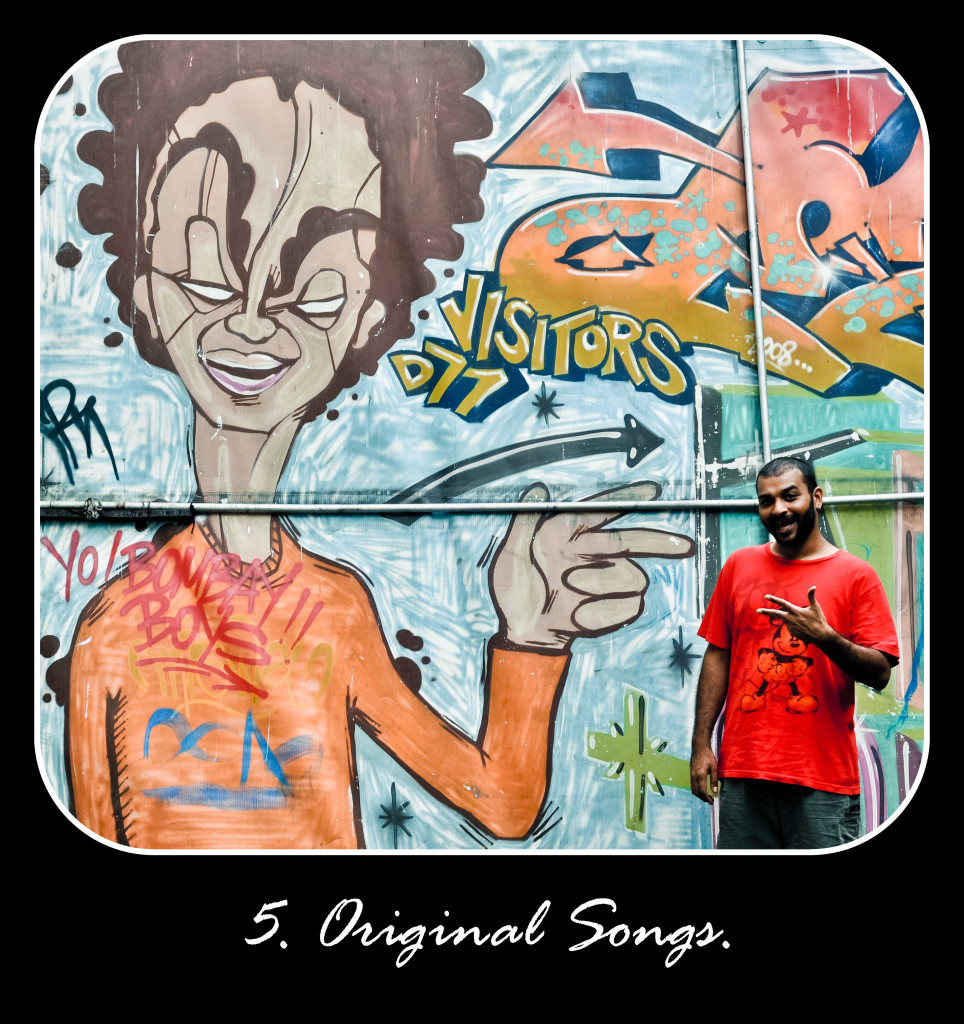 You’re a musician. You have a life. You have a story to tell. Use the power of music to talk about anything you feel like. Anybody and everybody can play ‘Hotel California‘ after learning it from the Internet. But you could write your own ‘Hotel Shiv Sagar‘ that nobody else plays. Ever.

Music is art. If even one person likes a song you wrote, you’re artistically validated. This is where mothers and girlfriends play an important role. Your friends cannot be trusted, they most likely, and often for good reason, think you’re a dork.

If you’ve reached a creative block or want to write a song that will be a surefire hit, research shows that “being inspired by” or “copywriting” Korean and Arabic songs is a good way to get started. (Pro Tip: Before you steal a song, check who the original writer is and if he has enough money to sue you. Use Google.) 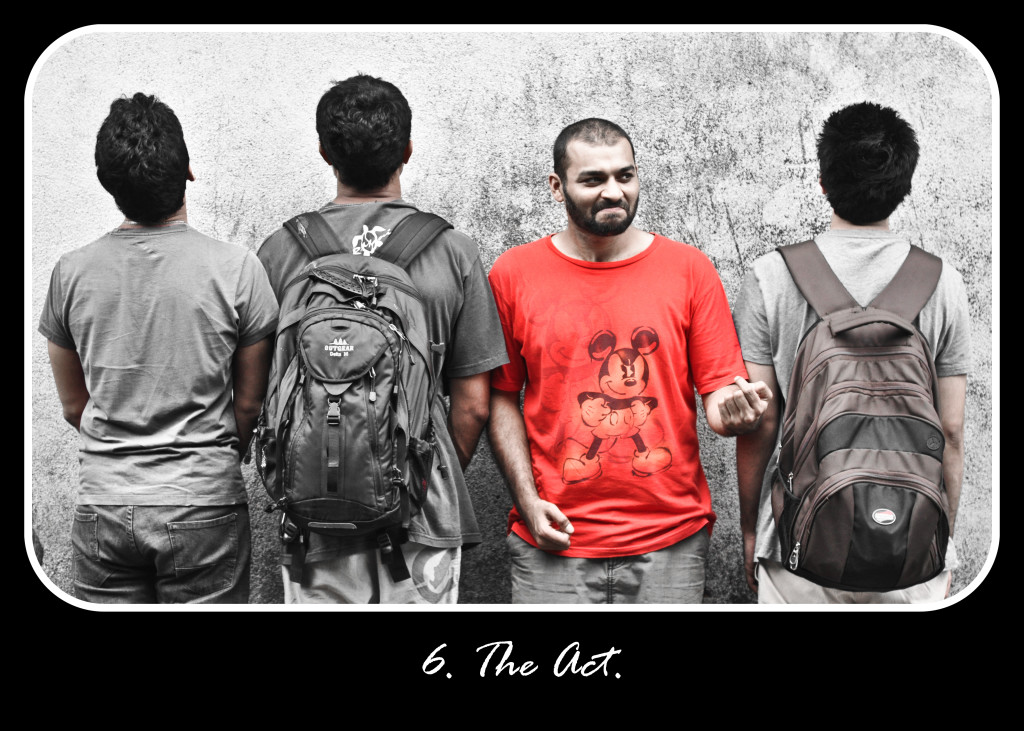 You need to form a band or collaborate with other musicians. You need to have a band name or change your first name to something like “The artist formerly known as Chartered Accountant”. Something catchy and interesting is good.

If you form a band, remember that it’s like being in an office group, except everyone’s dressed badly and nobody is making money. But this is only in the initial stages, eventually you guys are all great friends. 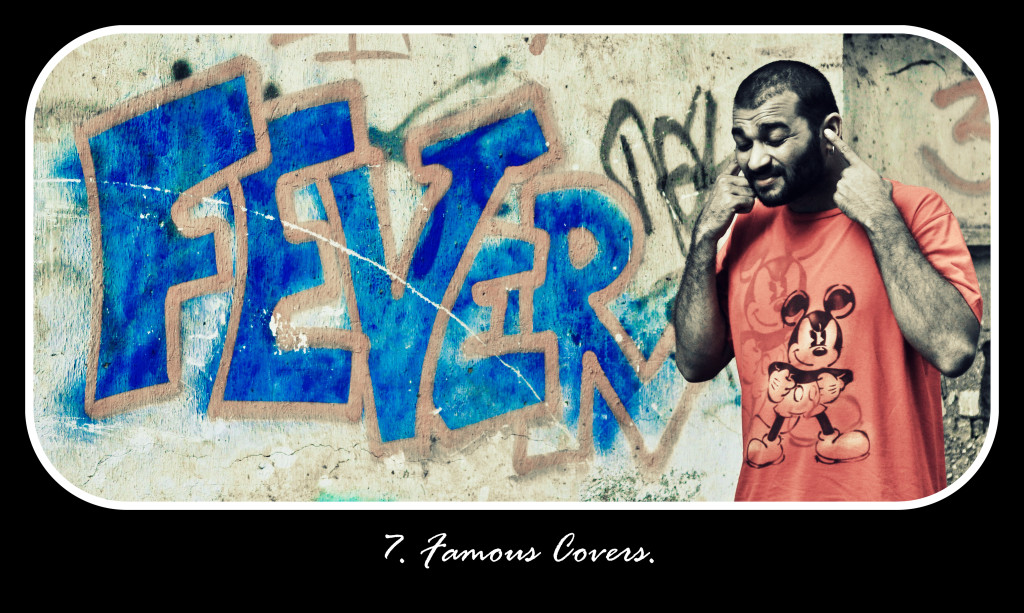 There is no better way to get the audience on your side than by playing songs they already know.

Happy birthday, Hotel California, Summer of ’69 and Roadhouse Blues are essential for an English band. 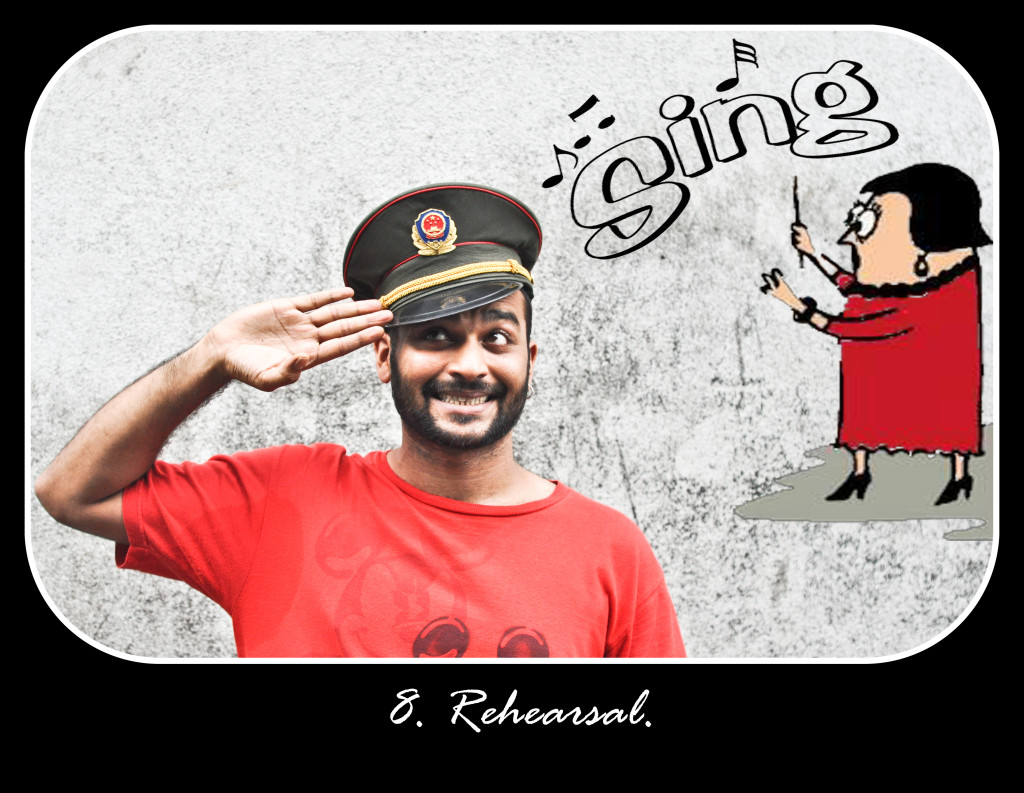 Everyone knows that a band or an act will only sound good if they have practiced and practiced and poured their hearts and souls into their music. OR they’re just extremely talented.

It is almost always necessary to have rehearsal time. This could be anything from 5:00 – 6:00 am to 5 minute spurts at any point through the day. A former boss of mine was a classic rock enthusiast who would burst into high pitched screams whenever something upset her. We kept a guitar in the conference room, but really, only a full drum kit could have drowned out her voice. She’s now the lead singer in a Queen cover band called ‘Prince Philip’. 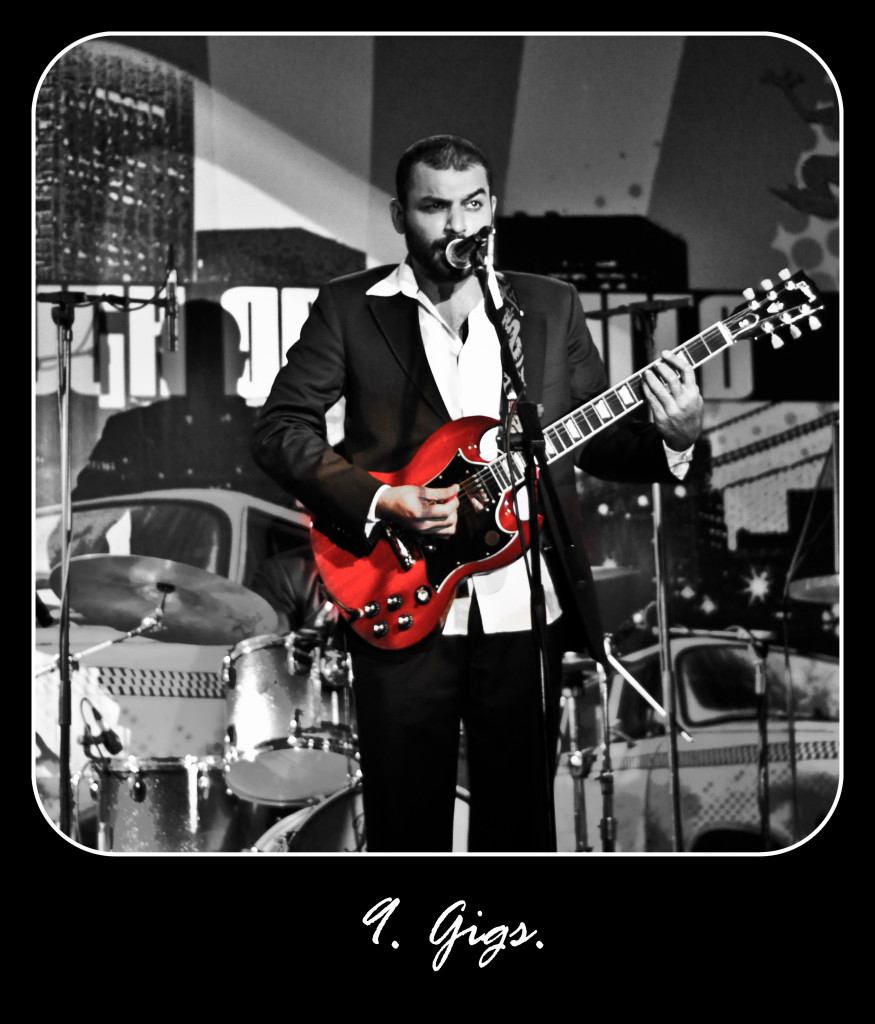 Go up on stage, at a club, a college competition, a festival such as Glastonbury or Lollapalooza and perform your heart out.

Remember to have your original songs and famous covers well-rehearsed, have your look in place, and your coupons for free drinks before you perform. 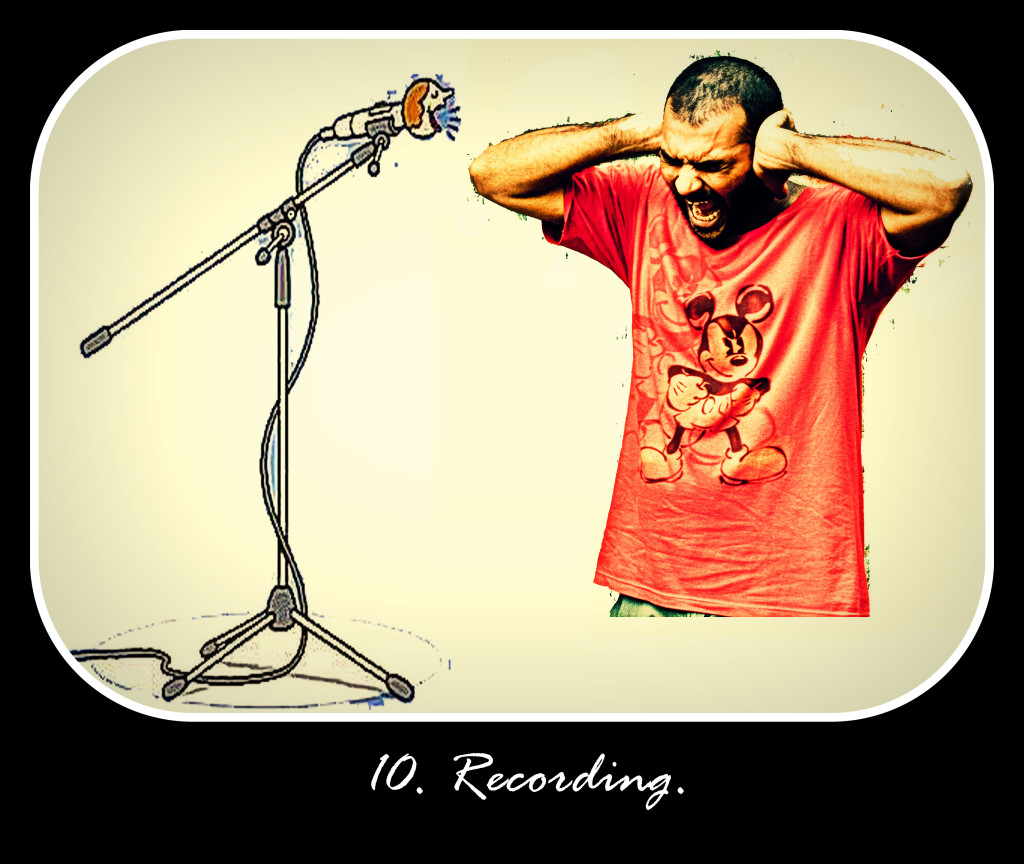 If you want to drive your songs into people’s heads, you need some sort of song storing car and a ramp leading into their ears. You might want to check parking fees before you head through the entrance.

If you don’t have a recorded song, how will people listen to it? That’s right; let a music director be inspired by it. But if you want the credit, you have to record.

Technology has put the power of a recording studio into things as little as a mobile phone. You don’t need Abbey Road studios or Timbaland producing your track. (Chris Cornell especially didn’t).

Again, harness the power of the Internet, our modern deity. There are plenty of online recording options available as well. Your most important tool is the space between your ears. You can record your music to sound any way you want. All it takes is some practice (Pro Tip: by some I mean LOTS) or get a professional sound engineer or producer to come on board and help you record your tracks. 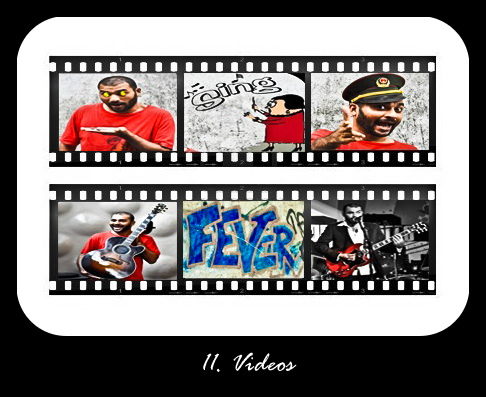 Music has become an audio visual experience. You need to jump on that bandwagon or be left behind. Video killed the radio star 30 years ago.

Cameras and video editing software are fairly affordable. Find a talented director or photographer friend and shoot anything.

Concept is King, so if you have a good idea, people will watch it.

Again, a good rule of thumb is that if there is a beautiful woman in your video, it will be watched. 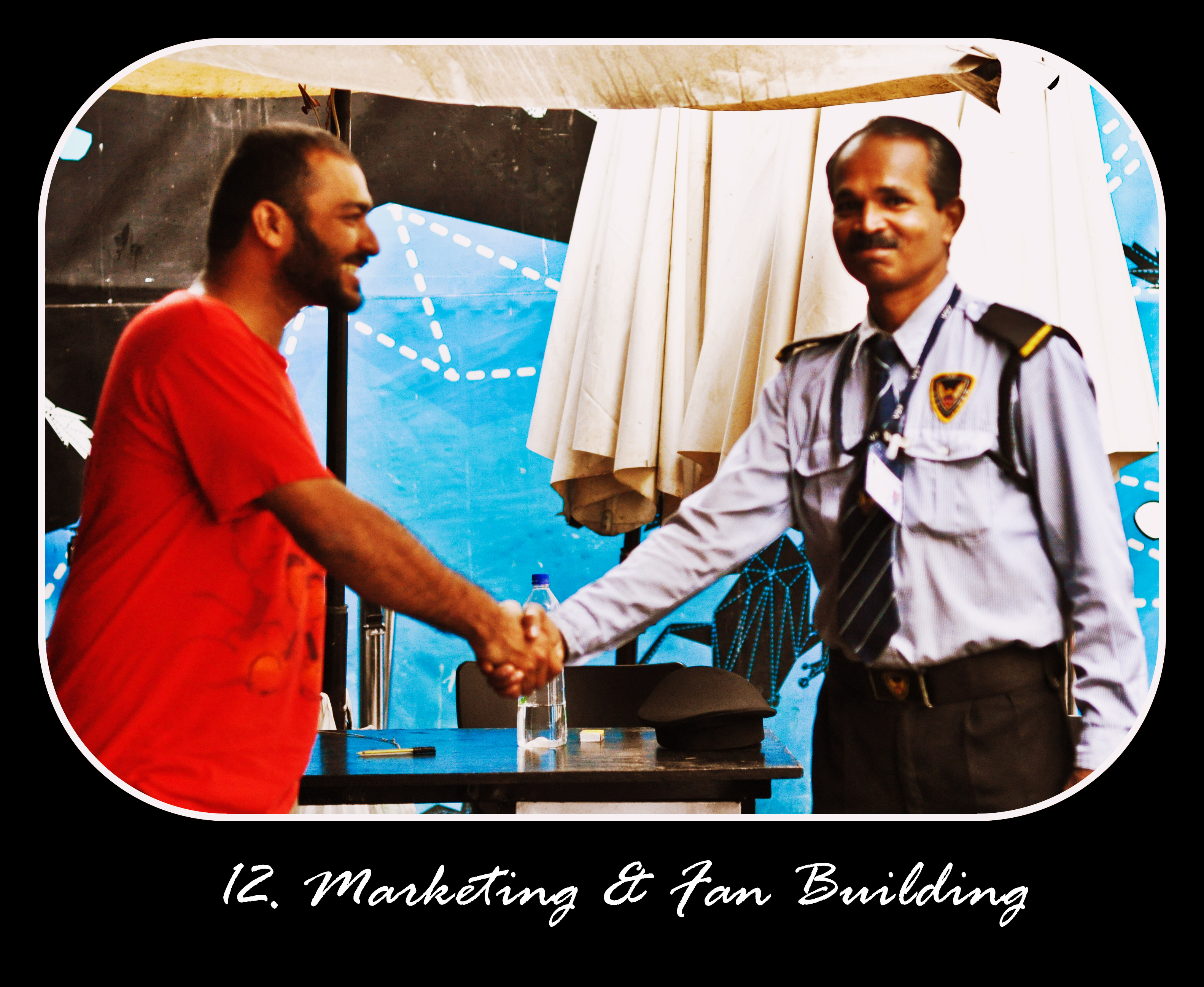 If a tree falls in the forest and there is no one around to see it, who will like its Facebook page?

If nobody hears your music, you’re not going to become famous. Put your videos, music, biography, blogs, photographs, recipes on the internet and actively promote your pages, be it Facebook, Myspace, Reverbnation or southindiansuperstar.com.

Offer incentives to people to become fans. Provide your fans with value added services. Popular ones are free SMS and 3G data plans, but that might just be for cellphone companies.

Constantly push your product in as many ways as possible. Stay on the internet for up to 23 hours a day, following what people are saying and looking for an opportunity to market. For example, if someone posts, “I had a bad day at work today”, immediately post your song ‘No Boss No Loss’ on their wall. If someone posts “I want Raveena Tandon so bad I could kill myself”, you post the video of your song ‘Suicidal Tandoncies’ on their wall.

That’s it then. Twelve easy steps to becoming an Indie Music superstar as famous as Rajendra Dongre. You’re welcome.