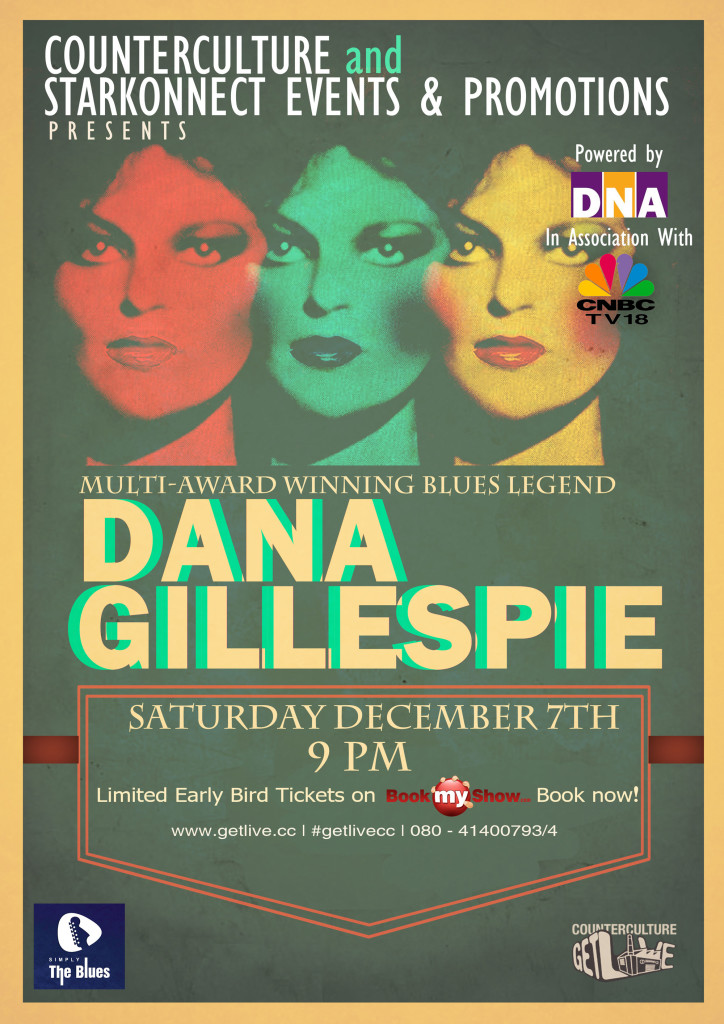 The legendary British singer, song writer, and blues musician Dana Gillespie with acclaimed boogie-woogie pianist Joachim Palden will be touring India this December. Dana has been nominated 3 years in a row, as the Top Female Blues vocalist in UK and an inductee into the British Blues Hall of fame, with over 60 albums to her credit. Joachim is a hot favourite on the European circuit and brings his special blend of boogie-woogie to the mix as well.
Dana Gillespie has performed with music legends Bob Dylan, Mick Jagger, Jimmy Page, Ian Siegal. She says she has a karmic connection with India, and is often fond of quoting Max Mueller What India cannot teach me, I dont need to learn. They perform as part of a two city tour (Bangalore-7th Dec13 and Mumbai-8th Dec13).

Anil Mehta, Partner, StarKonnect Events & Promotions says- Blues fans in Mumbai and Bangalore are in for a treat, as the boogie-woogie style of Dana is pure energy. With a vocal mastery that has been her calling from the time she performed in the original Andrew Lloyd Webber opera Jesus Christ Superstar on Londons Westend, she has audiences shouting for more. The kind of Blues that Dana does is generally upbeat and danceable which she considers as an uplifting sort of Blues. Says Dana – I like people walking home from my show with a smile on their lips and a spring in their step.

Festival Director Luke Kenny says  Boogie-woogie as a blues style has not had that exposure to Indian blues fans, and in Joachim Palden, we have a world class boogie-woogie pianist. His style is quite puristic, and when he plays, he really stomps his piano in a way that completely thrills his audiences. They always say in the Blues business that to really play a great boogie you need a ‘left hand like God’ and Joachim has such hands! With Joachim, it is Strictly Blues!As part of the initiative to provide Indian blues musicians a platform to get wider exposure to perform alongside international musicians, we’ll have Benny Soans from Mumbai, performing on drums. Benny has been on the Mumbai music scene for decades, playing alongside Indian jazz legends such as the Johnnie Baptist Big Band, Louis Banks, and alongside international stars Herbie Hancock and Chico Freeman. Bangalore will feature The Chronic Blues Circus as the opening line-up.