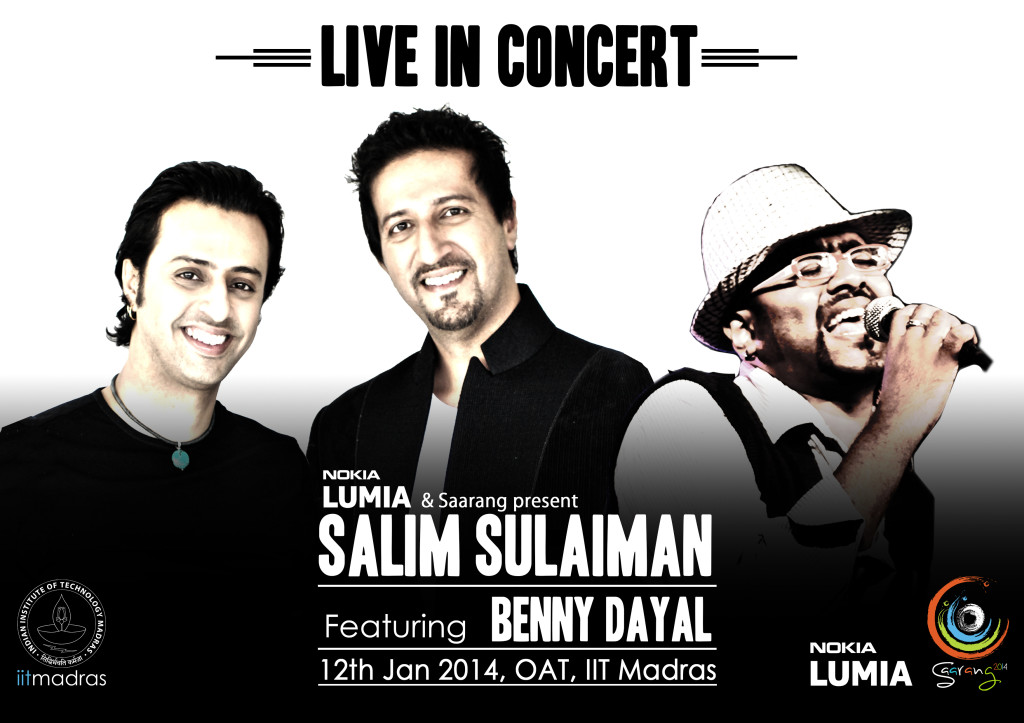 Salim Sulaiman have also collaborated with South African singer Loyiso Bala and Kenyan singer and song writer Eric Wainaina to record the anthem for 2010 FIFA World Cup, Africa, youre a star. And of course, Salim Merchant is well known for his popular song, Ishq Wala Love. Having been around for more than a decade, these brothers never fail to make the crowd go berserk wherever they perform.

Popular Night 2014 will also witness a performance by the popular singer and South Indian sensation Benny Dayal. Benny has worked in four different languages, and with great composers such as AR Rahman, Salim-Sulaiman, Vishal-Shekhar, Harris Jayaraj, among others.

Catch them live on 12th January 2014 at the IIT Chennai Open Air Theatre!

Emergence welcomes Soundar Rajan as new drummer of the band