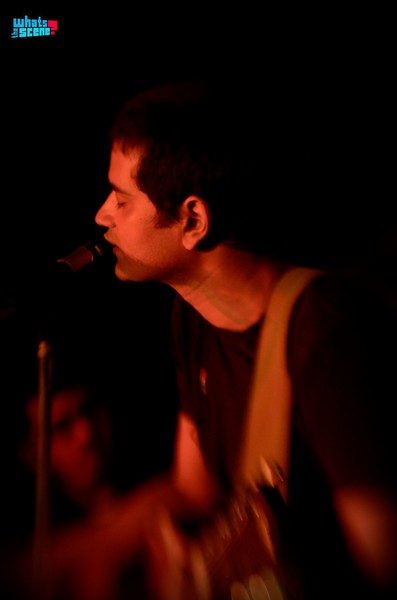 Neel Adhikari is without a doubt, one of the unsung icons of the Kolkata rock circuit. The last two decades have seen this gentleman be an integral part of some of the best and well-known bands and projects in the city which includes the whos who of the Kolkata music scene over the last 10-15 years. My point here, however, is not to highlight how many bands hes played in, but rather highlight the fact that Neel has never been afraid to experiment with his music. He has refused to give in to stagnation and has accepted new trends in this ever changing music scene. 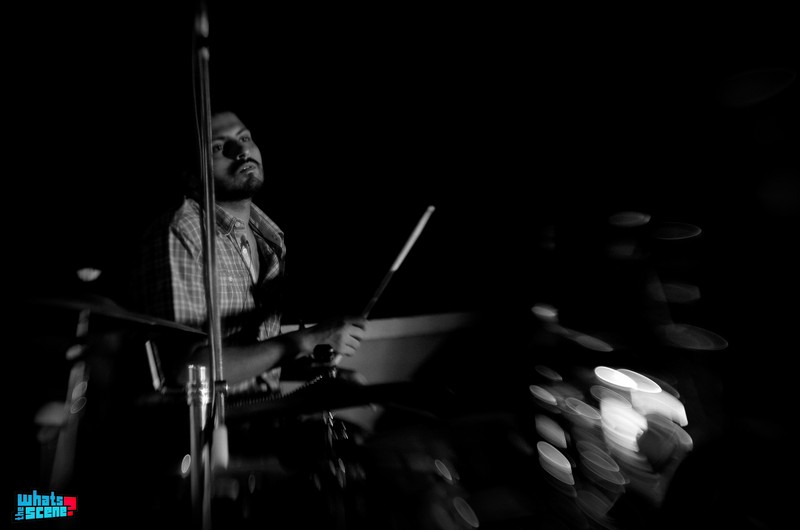 Neels songwriting has matured through the years and in his latest avatar, Neel and The Lightbulbs, his maturity as both a front-man and a songwriter is clearly evident. For the past year or so many young singer-songwriters have taken the stage and have adopted indie-ness with open arms and from this motley crew, Neels latest project has managed to surge ahead to the top, which is not surprising, because the packaging of this bands music (live and recorded) has allowed them to showcase their years of experience and knowledge of the scene. 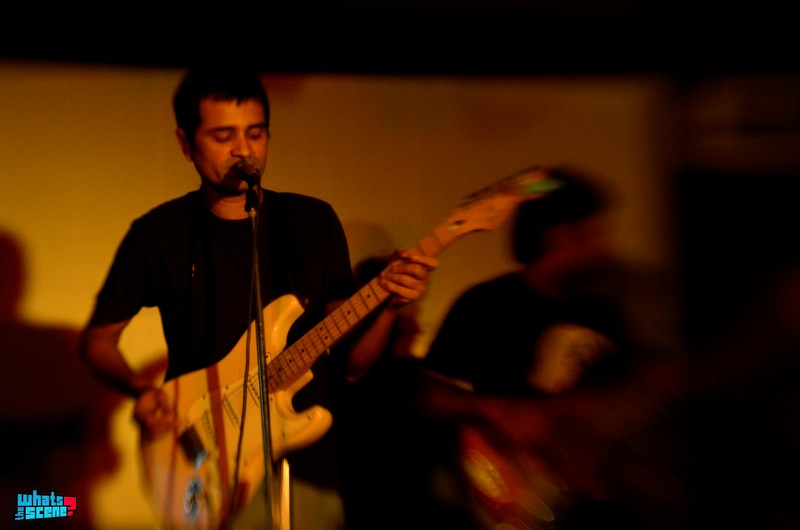 Neels Lightbulbs comprise of some of the best musicians the scene has to offer, both in terms of talent and years of experience: guitarist Subhodip Banerjee (founder member of the now defunct alt rock band Safire, but more well-known as the guitarist of the Anupam Roy Band and for the popular indie duo Ifs and Buts), bassist Roheet Mukherjee (ex-member of Pseudonym and Five Little Indians, currently holding bass duties for both The Anupam Roy Band and the experimental punk act Ganesh Talkies) and drummer Avinash Chordia (ex-member of Krosswindz and the current skin thrasher for The Saturday Night Blues Band, however people in the city mostly know Chhotu as the drummer for one of Kolkatas top-notch acts, The Supersonics). 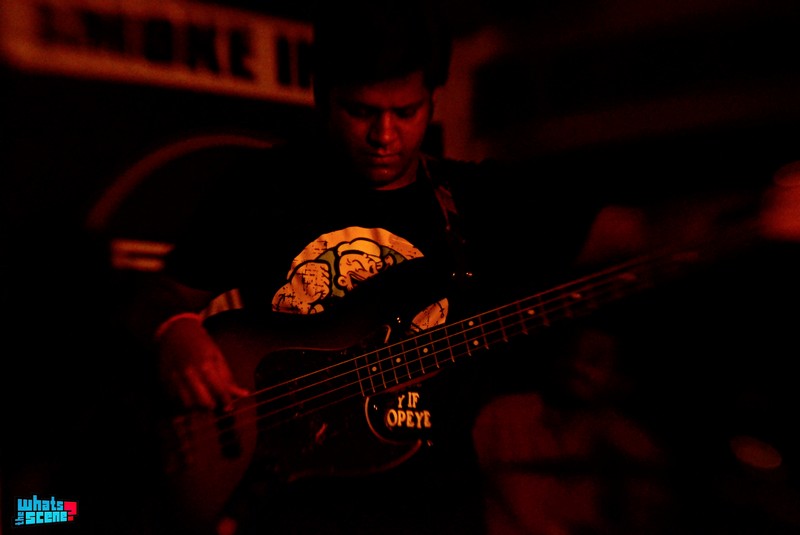 On the 2nd of August at The Princeton Club, Messrs. Adhikari, Banerjee, Chordia and Mukherjee made their appearance for that weeks Jamsteady session. Singing a staggering 18 songs and 1 encore, the band performed a little over an hour and a half to a huge crowd comprising of friends, fans and music-lovers. The musical diversity on display that evening was interesting and did not fail to capture the attention of the crowd, many of whom were familiar with the songs. Starting their set with the song Blue Stripes, the band steadily progressed through the evening with a list of originals, both old and new, including numbers from their well-received EP House In A Car. The songs featured on the EP were the ones that were most cheered by the crowd while the newer songs played their part in getting the ladies dancing. 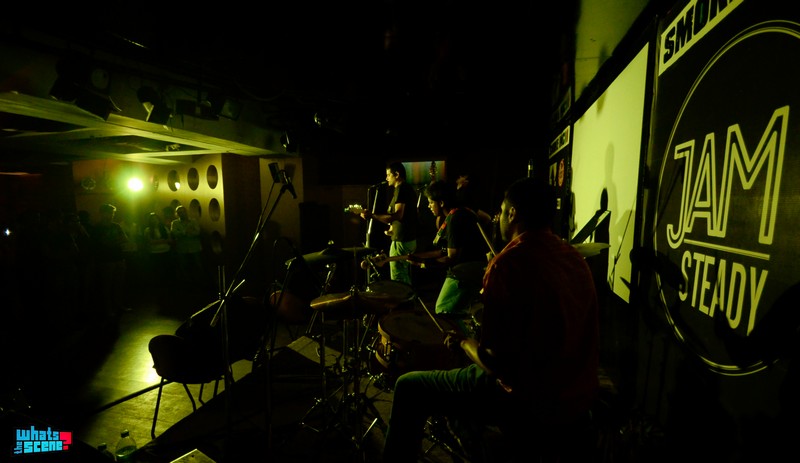 The songs dished out definitely offered a lot of variety and it was interesting to hear the different influences each of them had. MP3, Broke, Universe, Cracks, Coolio, One Time, Go Back, Padampada, Bull, Spider and Uh Oh  all these songs had something different to offer to the crowd in terms of either musicality or lyrical content, but the diversity in sound was best highlighted by two songs – the bombastic Big Mistake which boomed into our ears and had this little touch of swing influence and at the other end of the spectrum you had Friends In The Right Places, a simple song with oh-so-simple lyrics, reminiscent of a cross-over country/pop number  and yet it is this simplicity that captivated the crowd and egged them to sing along with the band. ‘Friends In The Right Places‘ was definitely the evenings stand-out song and came closest to defining the sound of Neel And The Lightbulbs. 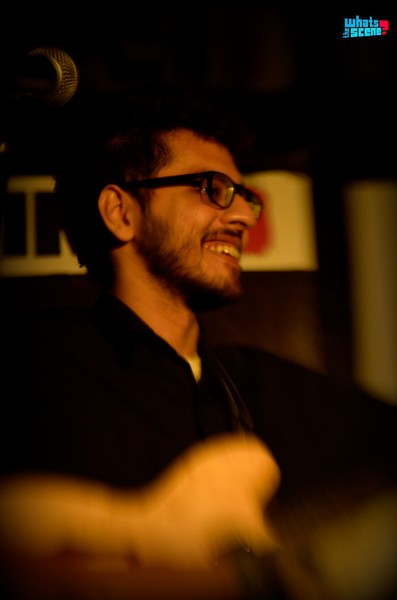 The band seemed to be having a ball on stage and their presence delighted the crowd. A combination of light banter and goofy stage antics work well, and so it did for The Lightbulbs that evening. However as much as I enjoyed the evenings performance, it must be mentioned that the band did fail to capture my attention for the entire duration of the gig. Performing 18 songs one after the other is no easy task, and as much as the band must have wanted to showcase their wares, after a point things started to get hazy. After an hour all the songs started to sound the same, despite the fact that none of them actually were. 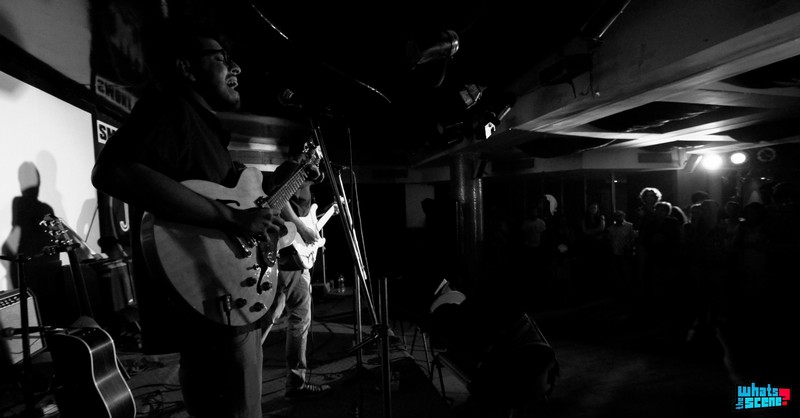 However I did manage to get back into the groove towards the latter part of the show when The Lightbulbs played songs from their EP, including Lights And Tunnels, Throw It All Away and House In A Car. The final song on their featured set-list was the ever popular Don’t You Worry, a song which had actually been made famous during Neels Span days. This song is probably Neels best known composition, and it showed from the crowds excited response to the song. After 18 songs you would think the crowds appetite for the band had been whetted. Well you would be wrong! Calls for an encore could not be ignored and Neel and his merry men boomed up Princeton Club with a re-rendition of Big Mistake to finally bring down the curtains on this indie evening! A fine performance by the band no doubt, but the success of this gig and the huge crowd turnout is also a good indicator of the fact that the indie movement in Kolkata is gaining momentum.