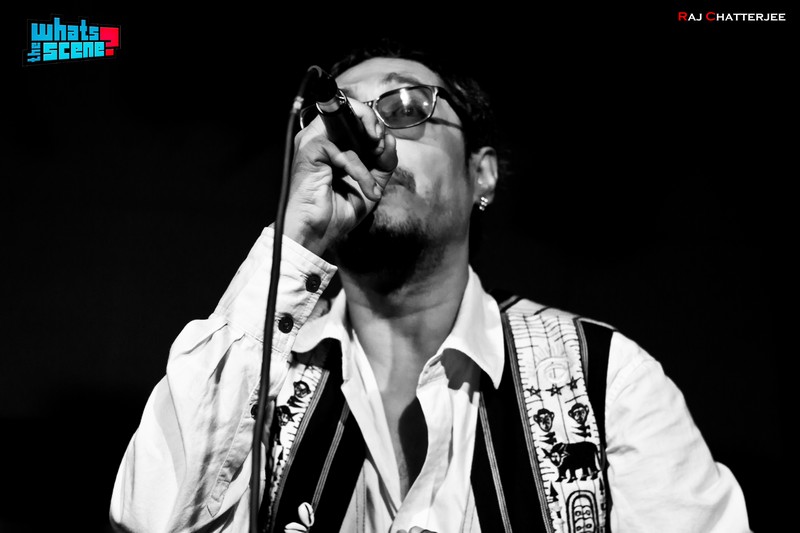 Cassinis Division is not the most colourful band in the Kolkata circuit, and the band members arent known for their gregariousness either. In spite of this, the band has been winning hearts of music lovers all across the nation with their brilliant originals and unique musicality over the last 10 years. And although most people admire Cassinis Divisions music, it is actually not the only reason that makes this quartet so special in the eyes of the rock music loving Kolkatan. 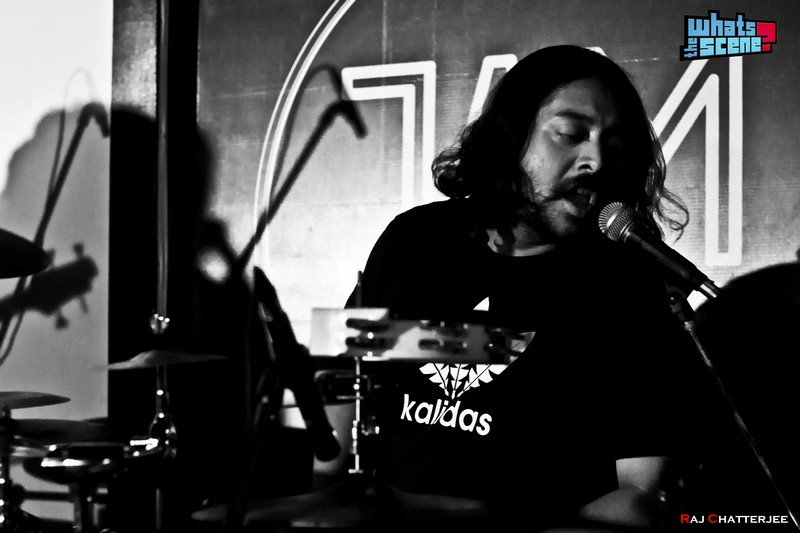 Most young bands and musicians may not realize this, but Cassinis Division was probably the first band in the city to break the hold that classic rock and blues bands had over all major clubs, pubs and other establishments supporting live music. For many years, music lovers of Kolkata had only cover bands to sate their appetite for live music. However Cassinis changed all that by offering songs that were not only original but which also embraced genres having a more contemporary edge. Grunge, Nu-Metal, Retro Punk, Electronica, Shock Rock- these sub-genres and much more were what this quartet had to offer us, and this variety delighted everyone in the rock circuit including those who were simply bored with the music being dished out by other local bands. Cassinis Division were indeed one of the harbingers of original music in Kolkata and they showed everyone that the citys listeners were more than willing to attend gigs where bands played an all-originals set-list. The floodgates were thus opened  and many musicians started following the path this quartet treaded, seizing every available opportunity to showcase their music not just to music lovers in the city but also to those across the country. Very soon live music venues were welcoming metal bands, punk bands, alternative bands and indie bands to perform at their establishments. The face of western music in Kolkata had changed forever. 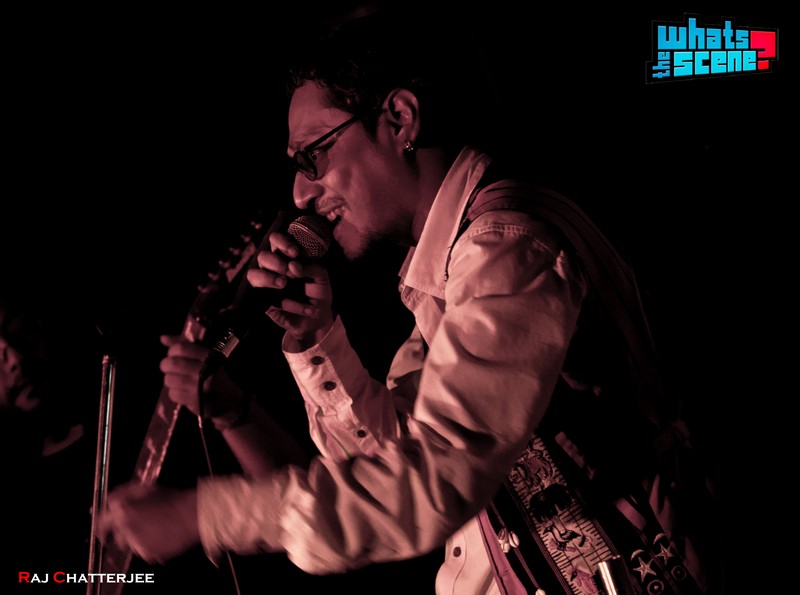 The Princeton Club has been one such venue and through the years it has hosted some of Kolkatas finest musicians. Things have never been better for the citys musical talent especially with Nishit Aroras Smoke Inc. providing these artistes a much needed platform to showcase their wares  courtesy the weekly Jamsteady gigs. The Jamsteady sessions have been host to many artistes  both established and fresh  and on Saturday the 10th of August, it was Cassinis Divisions turn to be invited to perform at this weekly event. And the veterans ignited the night with a set-list that stretched slightly over an hour and half, containing both new and old songs. The variety on display that night meant there was something for everyone in the house, and very few people in the audience went back home disappointed. The gig started off with the band playing two new songs  Cross of Love and Landscapes and Wings. Both these new tracks are set to be featured on their third album Black Swan Sunset which is still in the planning phase. Another new song that was played was The Egress, also planned to be featured on the same album. Getting to hear new material is always exciting since it shows the fans the musical direction that a band proposes to pursue. Upon listening to these three tracks it was apparent that a more mature and darker tone is what Cassinis has chosen to follow. These songs showcased a lot of classic European rock influences with touches of symphonic and power rock, thus lending them a very atmospheric and gothic feel  quite a change from the straight-up alternative sound which Cassinis Division is most well known for. 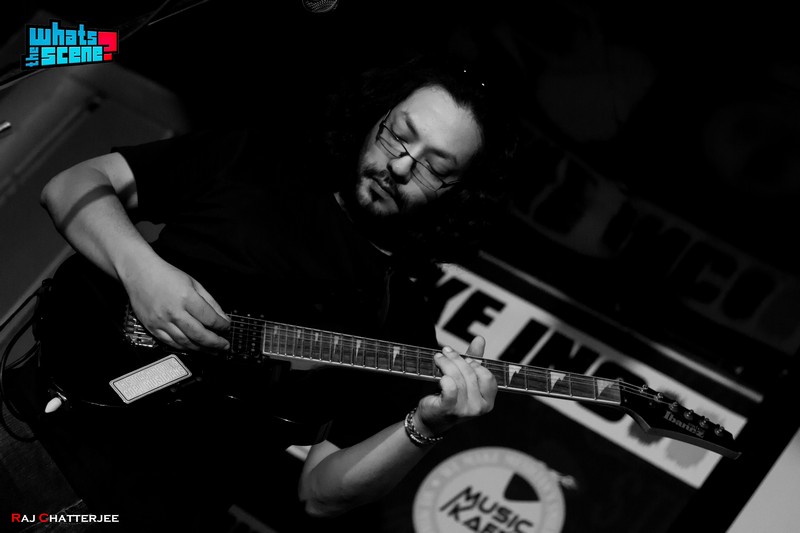 Front-man Rahul Guha Roy is a prolific song-writer and in the last 10 years he has written and composed pot-loads of songs for the band. Unfortunately many of these could not be included in their debut album Ringside View. Cassinis Division performed a few of these soon-to-be-featured tracks, quite a few of these songs actually being crowd favourites as the band has been performing them live for years. The loud and raucous Animals, the Lion King inspired Simba with its African influences and the ever popular Mr. Mishra were some of the songs that were dished out and the crowd lapped them up eagerly. Continuing in the same vein, the band performed the introspective Rumble and Higher from the Ringside View album  Rahuls virtuoso guitar skills on Higher captivated the crowd and the applause for his guitar solo was loud and deafening. 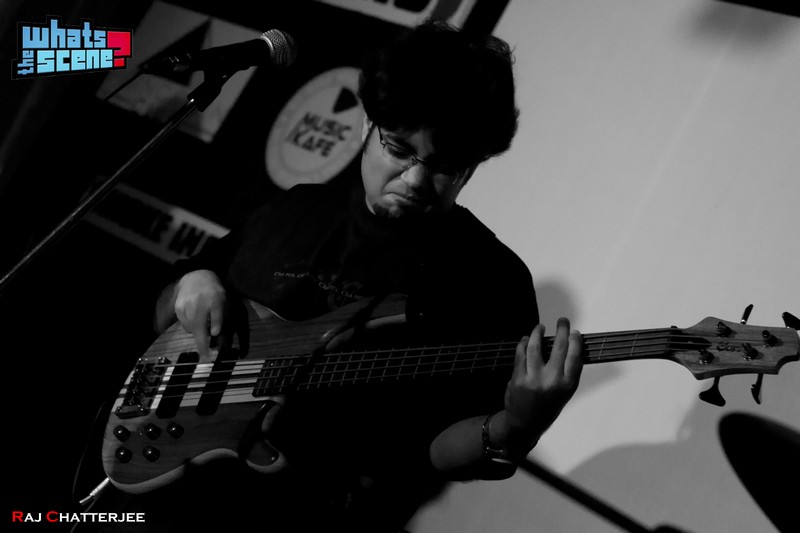 A Cassinis Division performance is absolutely incomplete without a performance of the classic Only For A While, the bands first hit and the song that propelled them to nation-wide fame, and although this song has been played for years, no one seems to get tired of listening to it! Sugata Roy Palidhis bass lines on this song were especially heart-warming. Cassinis Divisions song on lust, power, greed and morality was up next  Caeser, another huge crowd favourite. As the gig progressed, so did the level of heaviness and very soon huge cheers erupted when guitarist Sukanti Roy played the opening bars to the epic Satyr9, a song covered in dollops of nu-metal and showcasing Rahuls exquisite rapping skills. Stay is another song that has gained popularity through the ages, more so after it was reworked to make it a trippy mixture of metal and EDM, complete with break-downs and stuff. It was evident that the crowd loved this song going by the number of people who were head-banging and dancing to its tunes! 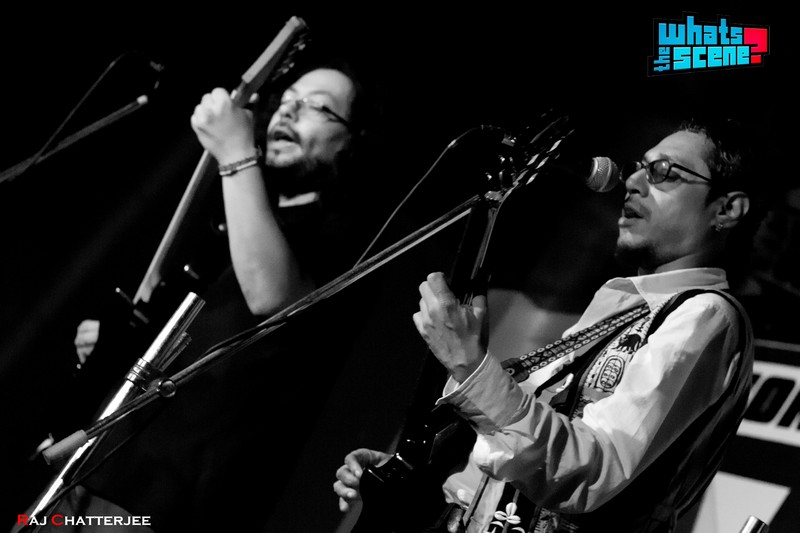 Another song that never fails to get the crowd going is the anthemic Story Of My Life, however the Cassinis Division track that most people were dying to hear was the song Voivoid, which was inspired by the tragic Jessica Lal murder case. The aggressiveness of this song mowed the crowd down and Ritoban Das powerful drum solo literally blew the crowd away. After more than an hour and a half, the band was still fully charged and Rahul especially, was at his menacing best. Voivoid was the last song performed by the band and it was a fitting end to a performance that showcased the best of their repertoire through the years. A delightful concert  and if it proved anything, then it was that Cassinis Division is still one of the best acts in the Kolkata circuit and their recent months of inactivity have not dulled their musical edge one bit. If young musicians and bands need a role-model, then they need look no further.