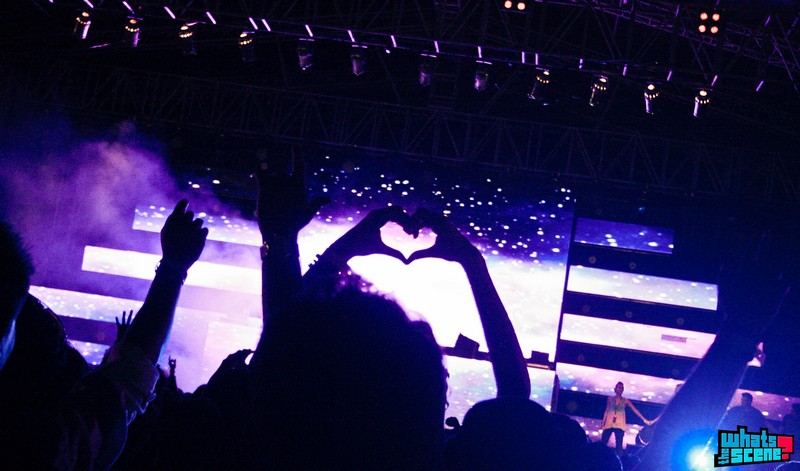 India has always been recognized worldwide as a land of festivals. Love them or hate them, none of us complain when we get that random holiday from work. DNA Networks, with their new project Sound Awake tried to add the Indian flavor to an already established concept – EDM festivals – which have been a major driver of music tourism in Europe and the Americas.

DNA went all the way to secure some of the top international DJs who have a history of performing at the top EDM festivals and brand names with that one famous track separating them from the total unknowns. To their credit, being popular is not the same as being good, and we gave them the respect they deserved and went in with an open mind. 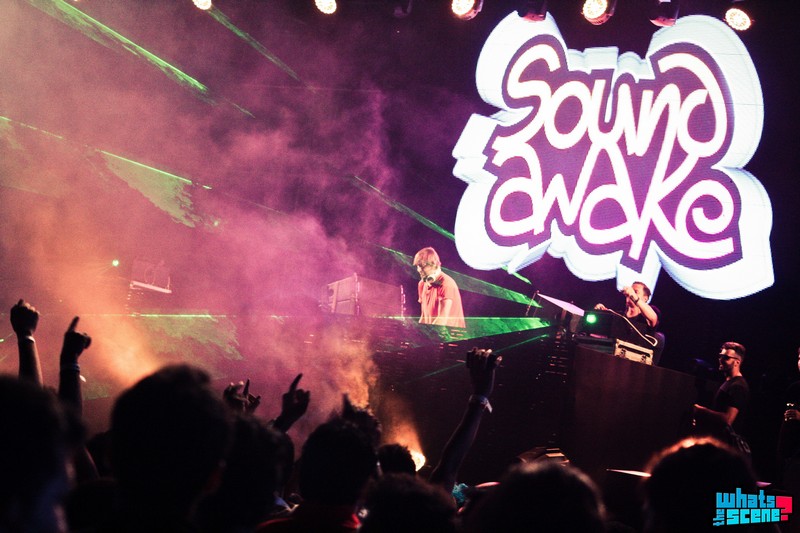 Sound Awake was hosted by Bangalore on the 4th of August at the Supernova Convention Centre, starting early at 11 AM but going on till the city limits of 11 PM. The venue was spacious, discreet and thus hilariously far for city dwellers. The headliners for the first ever Indian EDM festival were Darude, Taboo, Yves LaRock and Dirty Vegas; of which only two managed to turn up for the event. The media were informed of Taboo and Darude’s absence on arrival.

However, most people forget that music is only half of what makes a good music festival. Just look at Tomorrowland – you can find the top DJs of the world in Ibiza or Rio at most times of the year; what you won’t find is the epic stages and mad crowds that make the experience what it is. This is something DNA picked up on and the entire event was very visually appealing. The four stages each had their own charm, and with the flea market thrown in you could get that relaxing Goa feel of being close to the beach. 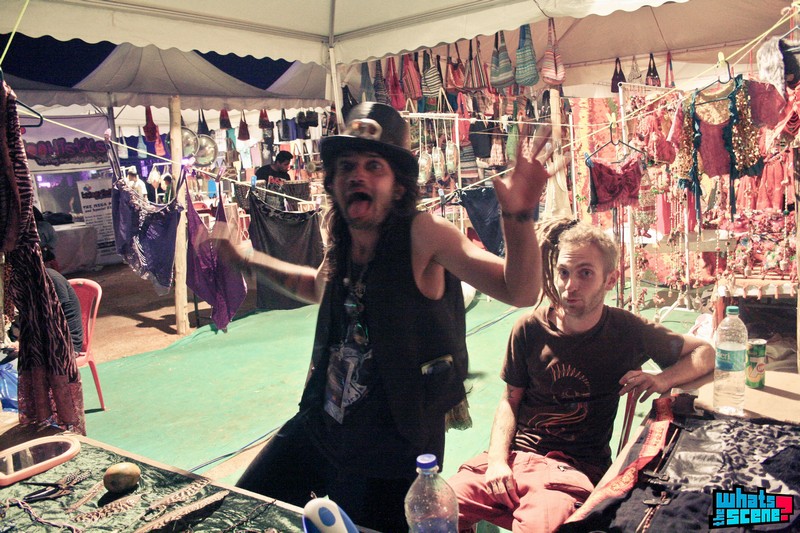 Now let’s take a look at what the four stages had to offer. First up was the MTV Indie stage – quite ordinary looking, this stage went live at 11 AM opening up the musical proceedings by hosting local DJ talent that played to a crowd of less than 100 people, trying their very best to get over the Sunday morning blues. Local heroes DJ Clement and DJ Ivan played on till 2 and were the first bright sets of the day, more on DJ Ivan later. 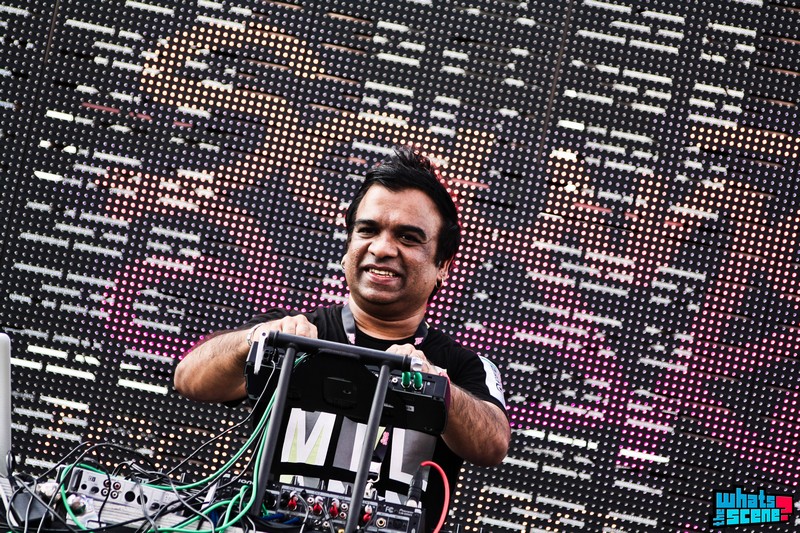 The next to open was the Heineken Hed Kandi stage – a crystal ball housing the DJ made this one of my favorite stages. The ball was lit up with some mind blowing visuals as the sun went down and truly got the party started. By this time the crowd had grown to the higher hundreds and the festival vibes were kicking in. The highlights were Igor Project and DJ Dan Van, who was occasionally complimented by two beautiful women from Ministry of Sound playing the Violin and Sax respectively – adding the missing Oomph to some standard commercial mixes. Igor Project was involved with the crowd from right after his set, all the way till the end and played the perfect MC – keeping the party going every time the crowd lost interest. The set list was quite well mixed with the stand out tracks being sing-along mixes of ‘Summertime Sadness’ (only because of the amazing visuals and that one beat drop) and ‘We Are Your Friends’, which had a slightly edgy thump about it missing from most of the other songs. 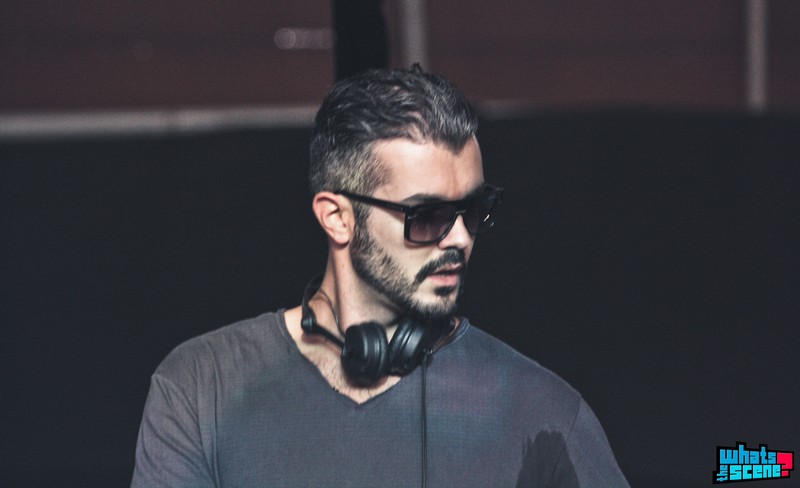 Kingfisher Ministry of Sound stage was the third stage to open at the festival – with big names like Santero, Tim Cullen and Shane Kehoe getting the best seats in the house – on top of a massive speaker pile up setting that I wish I could re-create in my living room! Upbeat mixes of ‘Hello’ and ‘We Found Love’ kept with the sing along theme of the festival. Shane Kehoe did briefly take it to the next level with a monster mix of ‘Camorra’ by Nicky Romero with bass drops sent from heaven, immaculate scratch timings and perfect fade outs for the downtempo bits. Expectedly so, the Bangalore crowd had the best reaction to ‘Losing My Religion’ by R.E.M and ‘Get Lucky’, the new Daft Punk super hit. At this stage you could see a theme emerging of rocky sing-along mixes. 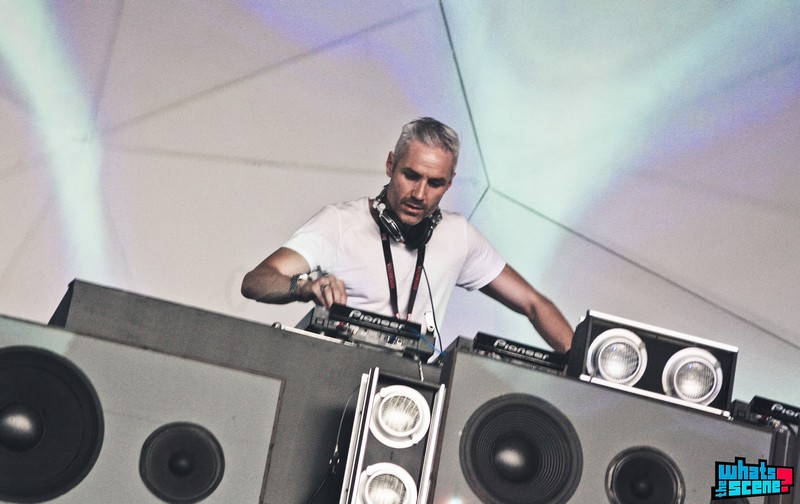 The grand finale at the main Pepsi DNA Live stage was delayed a bit, but with LaRock opening it was definitely worth the wait. The crowd had reached its peak with close to 10,000 people as it slowly moved across the venue from other stages. The level of anticipation grew and the crowd was rewarded with an overall decent set list full of EDM classics and  the occasional nonsense. Classic mixes of ‘S.O.S’ by Rihanna and ‘Allien’ by Pryda were bang on cue and did the night justice, but I was equally disappointed to hear ‘Kolavari Di’ being snuck into the set. Shapeshifters had a  very forgettable track list which would have been better suited to the first half of the day – yes it was original and immersive but they simply could not keep up with the crowd’s energy levels. ‘Lola’s Theme’ was an obvious exception, but that was the least expected from this veteran duo. Their music was mostly pure downtempo beats which gave the crowd the perfect opportunity to refill those beer glasses.  Dirty Vegas, who have a Grammy to their name, more than made up for it with their spectacular live act – involving Steve Smith singing the words to most of their mixes, most notably ‘Need Somebody To Love’ and their evergreen original ‘Days Go By’ where the crowd was equally involved. Definitely something I would like to see again! 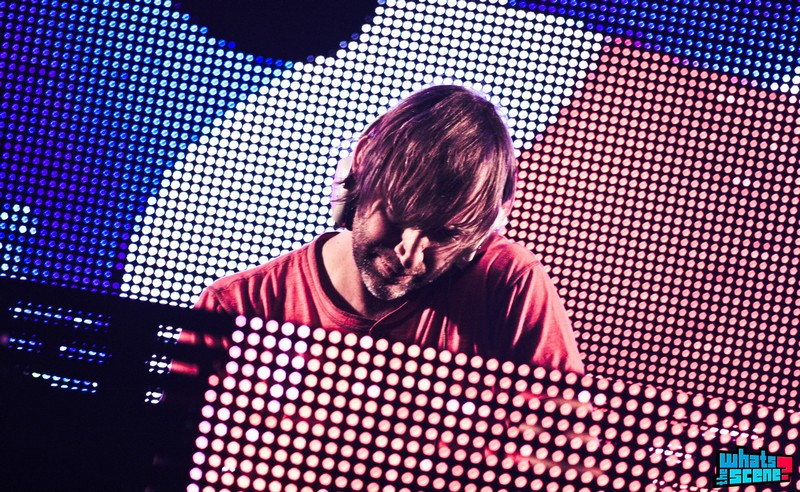 In-between all this magic were some generic commercial tracks that littered the night, the likes of Swedish House Mafia‘s ‘Greyhound’ and ‘Save The World (Tonight)’ to name some. But I did hear my new favorite song  as well – a brilliant mix of ‘Sweet Dreams’ (Avicci mix),  Daft Punk’s  ‘Harder,Better,Faster,Stronger’ and David Guetta‘s ‘Without You’ with a drop before every chorus. You could never tell which song would follow after the drop and the alchemy was quite unique.

Let’s go back to the cliché of ‘Bangalore likes Rock’ which was a standout theme at this festival. This was the first time I witnessed a near mosh-pit at an EDM gig when Nirvana‘s ‘Smells like Teen Spirit’ and Pink Floyd‘s ‘Another Brick In The Wall’ were played back to back. Hopefully we can get out of this mindset and have artists stop feeding fuel this stereotype. 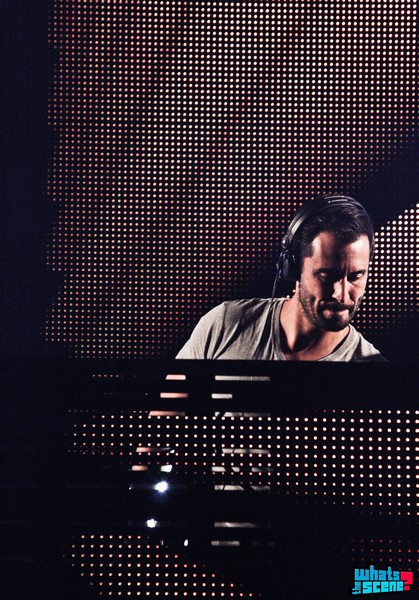 LaRock had to come back on stage to fill for the absence of Darude and Taboo, and this time he managed to outdo his previous set. The first real scratchy – edgy mix that was played all day, Benny Benassi‘s ‘Satisfaction’ would have been most people’s highlight of the entire festival if only he didn’t close with his signature mix of ‘Rise Up’. Both tracks are fairly popular, but sounded significantly different from the iPod version many of us carry around. One of those times you really appreciate artists who try to stay fresh and relevant. 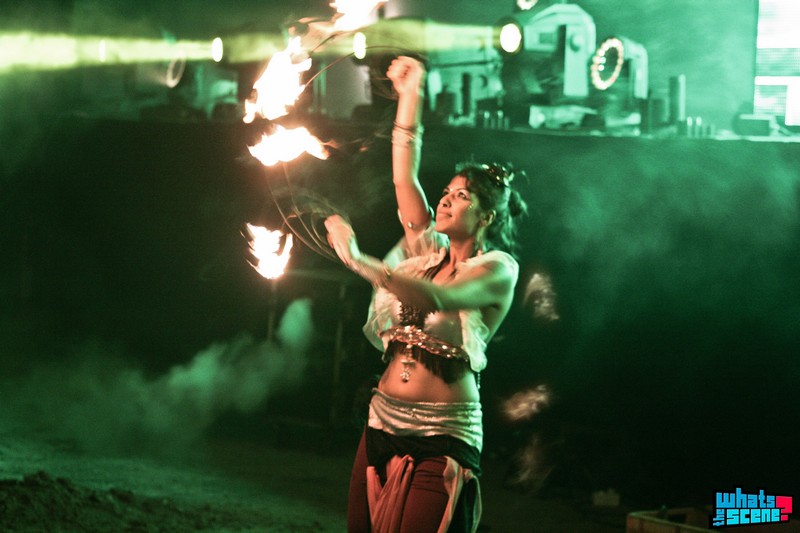 LaRock left the stage to a rapturous applause and chants of One More. Igor Project then came on to let the crowd know of the after party at the Hed Kandi stage – DJ Ivan was doing another set just for us!

I’m not sure how to interpret this, but DJ Ivan doing a repeat set drew the biggest reaction from the crowd all festival. As he took his seat in the crystal sphere the lasers started beaming and Bangalore’s favorite DJ took a bow to his beloved audience. One by one the Ministry of Sound DJs came up to the stage to say their farewells, while Igor Project was omnipresent with his smoke gun, spraying the crowd with every bass drop – a sign for the unaware to reach for the skies. 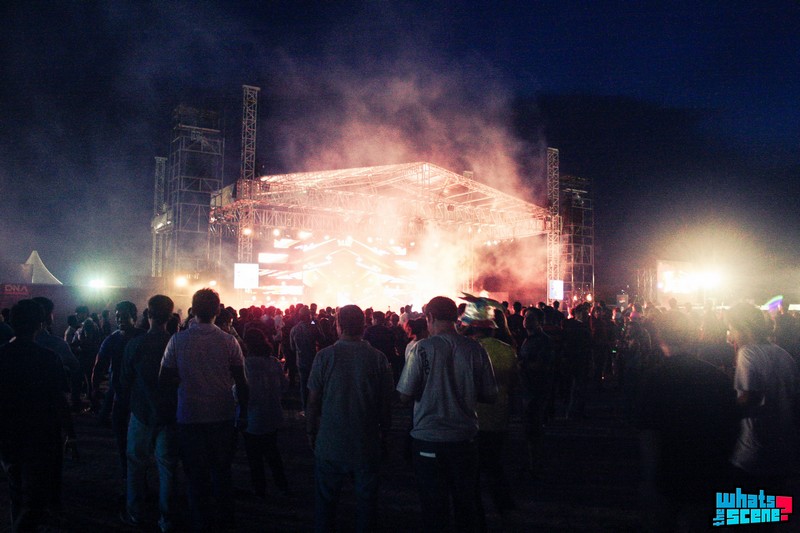 My new highlight for the night, something that managed to outdo Yves LaRock playing ‘Rise Up’ – was DJ Ivan busting out Above&Beyond‘s ‘Sun & Moon’ to a large gathering of Bangalore’s ‘real’ EDM fans – as they all put their hands up in unison and sang the words with their eyes closed, a sort of prayer to show thanks for the night.

Overall, DNA Networks’ new venture into the Electronic space can be deemed a success. Yes it needs bigger names from the industry to come down, maybe a later start time, less Rock mixes and a closer to home venue, but as DJ Ivan himself said to the crowd, This is something big and it only gets better from here. We wholeheartedly agree and look forward to the next installment!