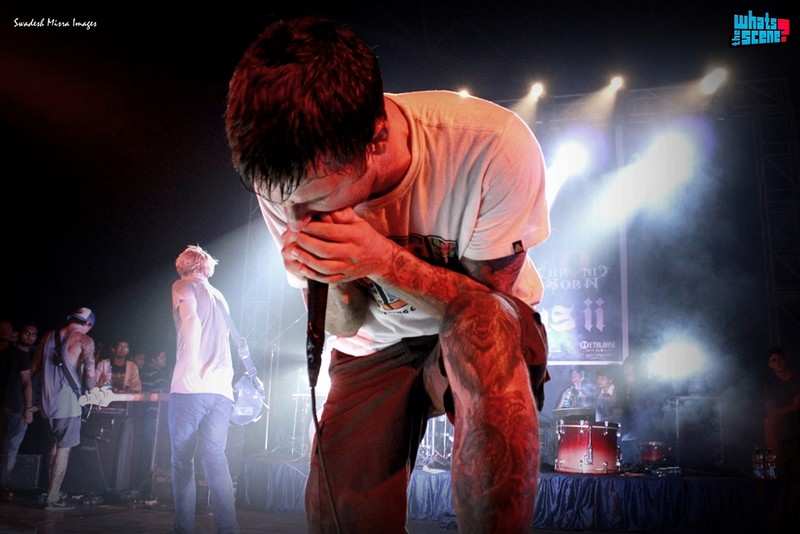 Saturday, 17th of December: Reaching a venue to find out that the sound check is still on is not encouraging, but we were looking forward to watching the Aussie metal titans Parkway Drive live! After a rather long and painful wait, the gig finally started at around 6 p.m. instead of the scheduled time range  2 to 3 p.m.

First up, was local metalcore band What Escapes Me who kick started the gig with End of Heartache, a cover from American metalcore band Killswitch Engage. The song was neatly executed, much to the delight of the metal-hungry crowd. The band then launched into Pseudo Showcase, Killing Tomorrow, Unnamed and finished their set with Section 66: Part 5, all originals. Pseudo Showcase had an interesting mid-section where the guitarist broke into a mature guitar line that pointed a glaring finger at his musical finesse. Guitarist Sayan Ghosh showcased guitar tones that packed quite a punch and were surprisingly innovative while vocalist Shourav impressed the audience with vocals that deserved a special mention. Killing Tomorrow and Unnamed had sick grooves/fills by the drummer Sambit who displayed impressive dynamics. Section 66: Part 5 ended the bands set; this particular song had amazing drum-fills on the cymbals and the snare-rim and had a delightful chorus coupled with twin guitar lines. The song also had a section that was very heavy and darkened by its aggression. 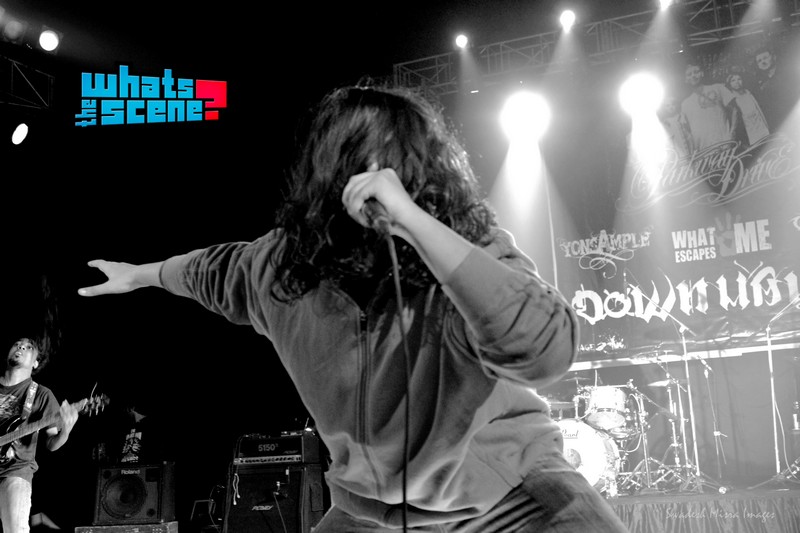 What Escapes Me was followed by Chronic Xorn, one of Kolkatas oldest existing metal outfits. The band faced some technical problems with their sound and had to take a few additional minutes for a second round of soundchecking which made the crowd slightly restless. A few minutes later, they set the stage afire with an original and drove the crowd into a frenzy. It was a pity that the sound problems continued to plague them; it affected their overall mix. Nonetheless, the band showed experience and maturity by taking it all in their stride and refusing to falter. The twin guitar attack of their guitar players Suvam and Biswarup was quite the entertainer and the bassist Angshuman raised his fists in the air in between songs. At this point we were informed that wed be able to interview Parkway Drive and had no option but to miss the rest of Chronic Xorns set for the greater good! 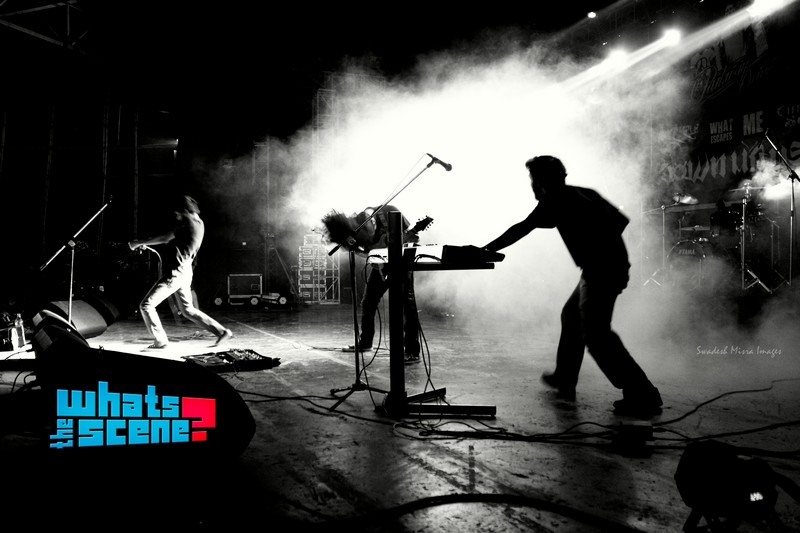 Anticipation gripped the crowd, who started chanting the next bands name; Kolkatas most promising metalcore act was up next and the crowd waited with bated breath. Once known as Moshpit, the band took a break during which they went through a lineup change; the bands reincarnation is what is now known as Yonsample. The set was inaugurated with Breaking Through, a popular original of theirs. The song also happens to be from their EP Paraphernalia and has all the makings of a great modern metal song with amazing guitar tones, crushing bass-lines, pummeling drums and really strong vocals.  It felt amazing to see such a great response to the local heroes, who have gone from strength to strength with each performance, proving the mettle of the Kolkata metal scene. The second original Espial Abyss Afloat, a brand new song, was lapped up by the metal audience – a special mention goes to the incredible bass tone. Raising hell alongside the bassist Ani was Jojo on guitars – armed with a very heavy and crunchy guitar tone – supported by the fabulous Pupai on keyboards. Vocalist Arka and drummer Tuhin showcased a surprising variety of range and rhythm that left us awestruck. The band then embarked on Passage and My Victory Ride. The former boasted of a very hooky riff, with Arka ripping it apart with his ferocious vocals. The latter was yet another impressive track. The crowd was left wanting more, but the band had to make a hasty exit owing to time constraints.  However, their short set was enough to stamp their authority and raise the bar for the upcoming metal bands from the city. 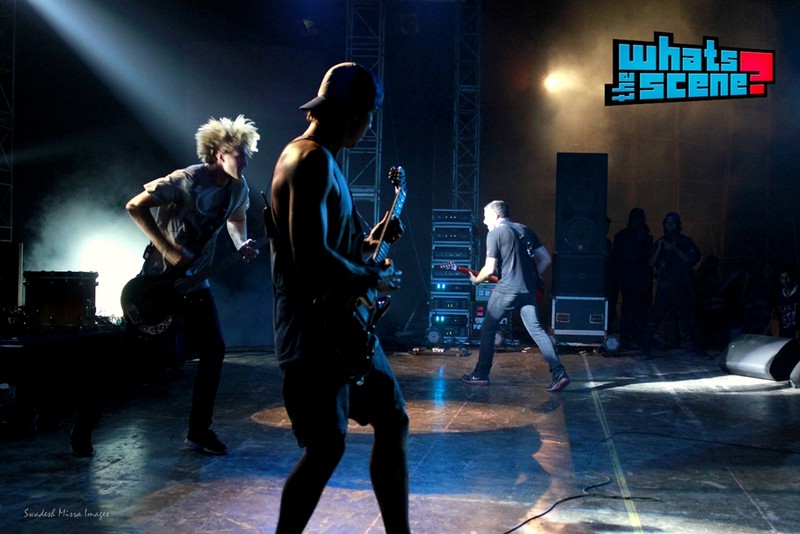 Perhaps the biggest screams and applause were reserved for none other than the Aussie metal titans, Parkway Drive. The entire venue was bathed in darkness, to set the mood for the band that would take the stage next. Before we knew it they were onstage and we were bathed in the relentless energy that the band members seemed to emit as one. They started off with Unrest from their latest album, Deep Blue, that featured some awesome drumming with very interesting breakdowns that make the song really stand out. From there, the band launched into a seething tirade of angst with their original ‘Bone Yards’. The man behind the drums, Ben Gordon, executed precise blast beats that opened up the moshpit. The next song‘Deliver Me’ is also from Deep Blue and boy does the band truly deliver on the live version of this song!

The band started the next song ‘Idols and Anchors from their album Horizons. The song started with a surprisingly melodious guitar line and throughout the song the melody and the customary Parkway Drive aggression coexisted, making it a fantastic listen. 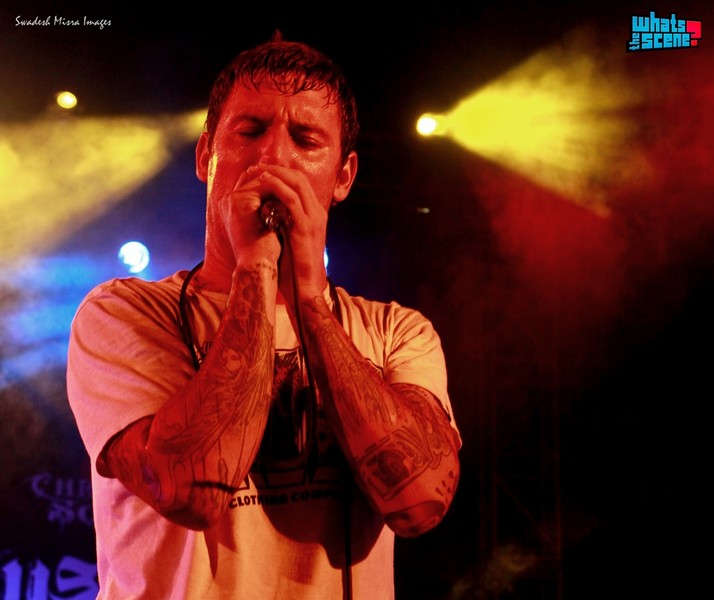 The next song ‘Smoke ’em if ya got ’em ‘, was from the album Killing With a Smile .The song is definitely one for the mosh lovers; it seemed to spell that very word in bold letters; the all-too-impressive guitar harmonies were courtesy Luke Kilpatrick and Jeff Ling. The circle pit turned more vicious with the onslaught of the song and it definitely made the Aussies appreciate the crowd.

The band went back to Deep Blue, their latest album, with ‘Sleepwalker. Interesting hooks and very well placed vocals added to the splendour of the song. It ended with a brilliant guitar solo/melody line and according to us, Sleepwalker was definitely one of the highlights of their set.

‘Karma’ started off with an awesome drum-roll, which sounded more like machine guns in a war! Another highlight of the song was its guitar solo.

Carrion from Parkway Drive’s previous album Horizons again reflected the more mature and melodic side of the band. 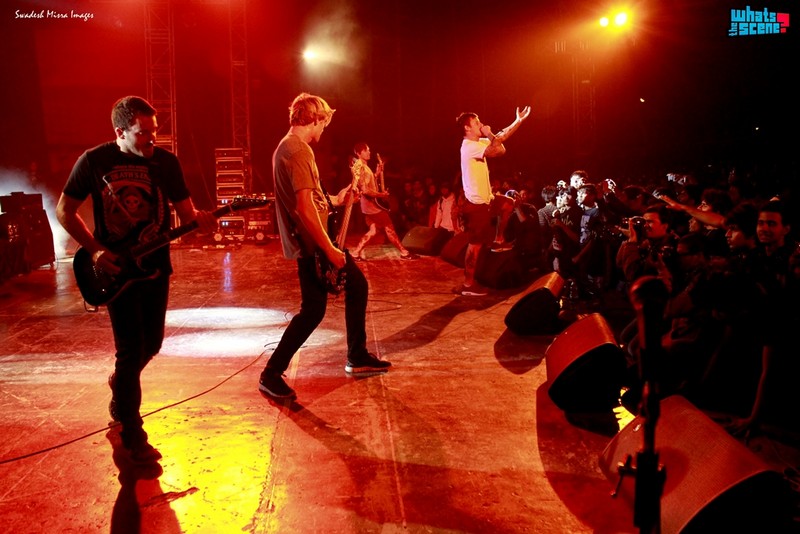 The five guys from New South Wales jumped, ran and skidded over the stage. The energy was infectious and the crowd, which seemed to feed off the energy from the band, was all charged up. The band looked ecstatic and clearly taken aback by the crowd’s reaction. As the show came to a close, it was time for the curtain to drop but the metal hungry crowd was far from satisfied and, despite being completely exhausted, the band came back for another song. By this time the crowd was on the stage and the band members had to huddle beside the drummer on the podium. Surprise of all surprises, maybe a first in Nazrul Manch – the guitar player did his bit of crowd surfing!

After the gig ended, the WTS team took a walk back home, high on adrenaline and on Parkway Drive. Kudos to Metalbase India and Damage Inc. for organizing a gig like this and pulling it off quite well!