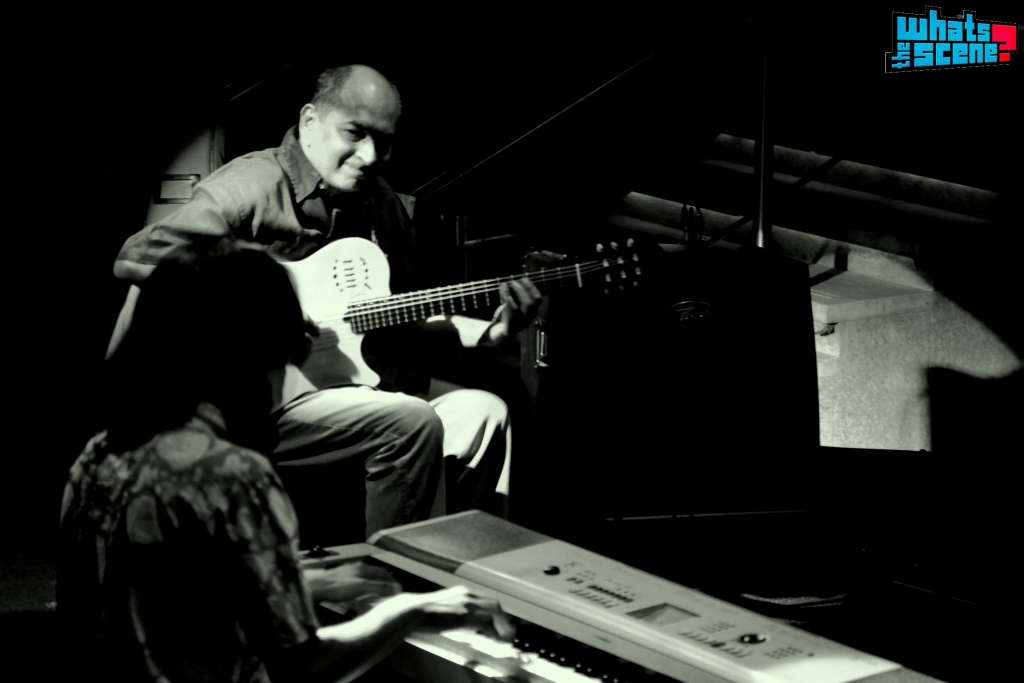 On a chilly evening in Bangalore, I looked forward to being dazzled by the promise of some good ol’ blues, with a little bit of that jazz thrown in! A tad delayed, for whatever reason, one of the main attractions of the night, composer and guitarist Sanjay Divecha, walked onstage with only his guitar for company. The significant lack of other musicians on stage only heightened my anticipation – I’d heard enough high praise about this musical great to know that he wouldn’t be a letdown.

Sanjay’s set at UB city was peppered with original compositions (one by Aman Mahajan as well) and classic blues pieces interpreted in his own style. 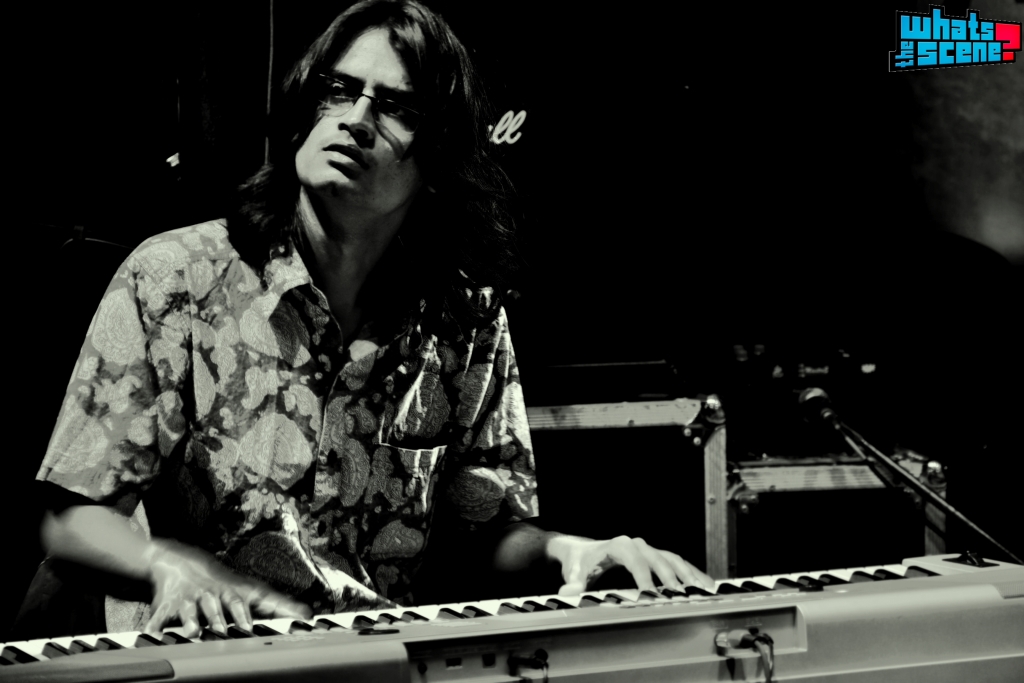 Beginning the set with the self-composed track ‘Africa‘, he set the mood for the rest of the evening. I’ve heard a full ensemble version of this track online (with flautist Carl Clements no less) but, somehow, the stripped down version of the song he presented at UB City just took my breath away.

Aman Mahajan – you’d probably recognize him as one-third of the trio that makes up electroacoustic outfit Schizophonic – joined Sanjay for the second song, ‘Rapaz de Bem’, completing the duet promised by the Habba. Accommodating the piano with ease – in fact, giving it precedence from the get go – the duo’s cover of a classic blues number was paced a tad faster than other versions. 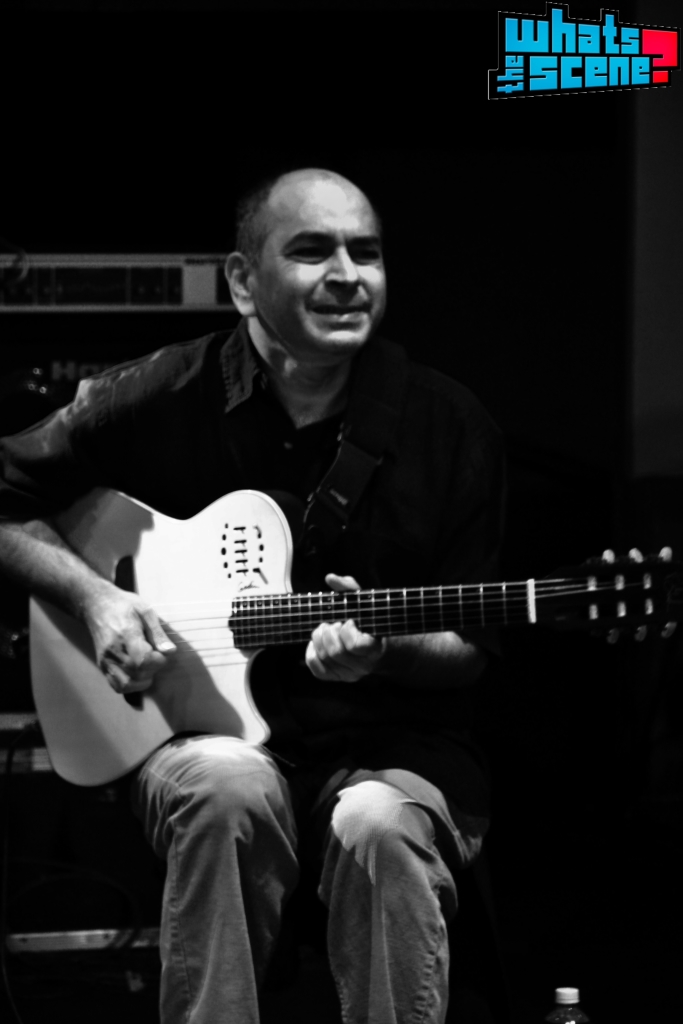 The third track, ‘Nardis’ (Miles Davis and Bill Evans) was a delight; the deliberate slowing down to a pause mid track had me at the very edge of my seat at one point. The two instruments took turns with the spotlight and I loved how there was no fencing and that each was given its due.

Next up was the duo’s interpretation of Jimmy Smith’s ‘Back at the Chicken Shack’. A short post-gig interview had us in on the fact that the duo had only hours to practice before they were to go up, but the quality of the performance didn’t hint it at the slightest.

My favourite track of the night, ‘Refuge’, was composed by Aman and appeared to have marked Turkish/Eastern influences, though, during our conversation later, he denied any conscious tinkering in that direction. Either way, it was a beautiful meld of styles. 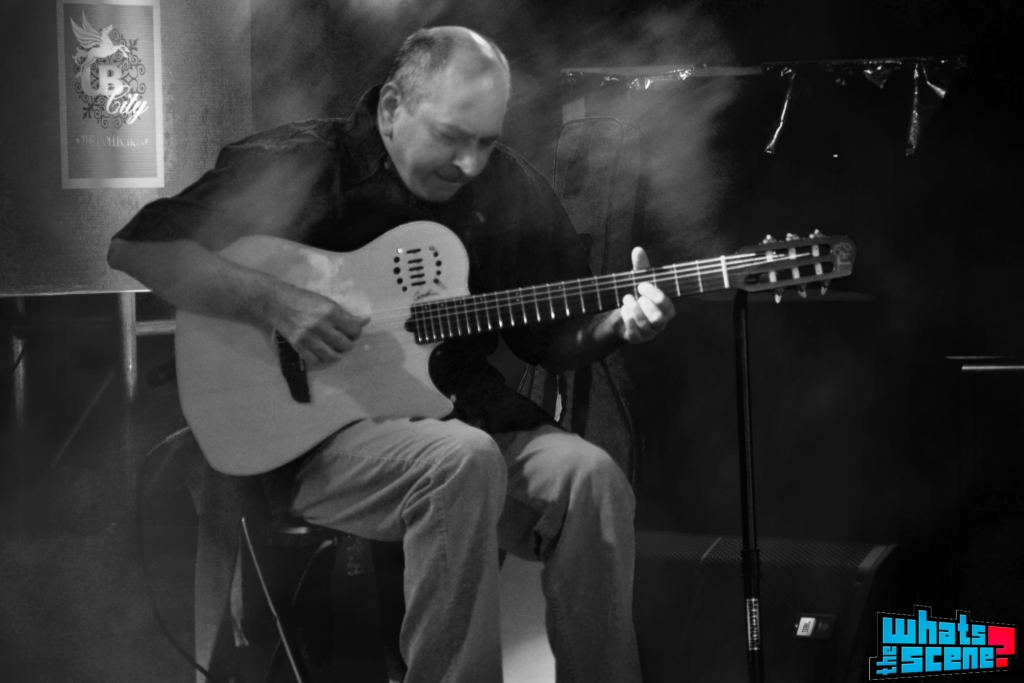 Jazz standard ‘Ladybird’ by Tadd Dameron was up next. As the name suggests, the track had a flighty tone to it, like the score to a semi-comedic routine – though I wouldn’t trivialize it any further with shady comparisons. To the layman, it appeared the perfect follow up to the slightly dark-edged ‘Refuge.’

Brazilian composer Antonio Carlos Jobim’s ‘Wave’ was next and while it was almost as soothing as the original, the fact that it was only a duo playing it came through like an elephant in the room. A strings section on this would’ve perfected it; at the time, I was hungering for something as small as a cabasa/shaker to soften the delivery and given it that fuller sound. But that’s just me!

‘Thai blues’, one of Sanjay’s own compositions was next, followed by ‘St.Thomas’ a traditional nursery song from the Virgin Islands, adapted by Sonny Rollins into the Jazz version that is probably better  known the world over. The last song ‘Spain’ wrapped up the set neatly; the duo took the slightly eclectic Chick Corea standard and refined it to all smooth transitions and managed to make it sound melancholic during some parts and peppy during others.

While it’s easy for certain people to forego listening intently to the sort of music that’s crudely classified as “ambience music”, Sanjay and Aman’s performance drew this member of the audience straight in.