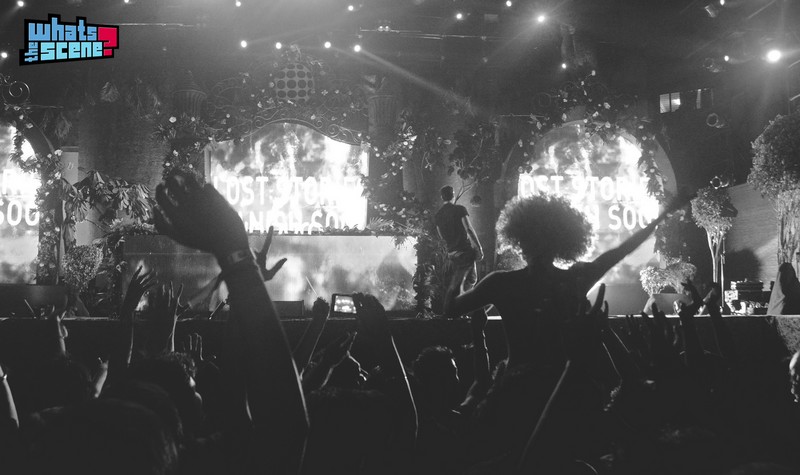 Theres very little that happens in Delhi that gets the population of the nations capital all worked up, unless its Sunburn. The festival debuted last year in the city (or in its vicinity at least) with a lineup that would make pretty much anyone who is even remotely into electronic music salivate. So obviously, the expectations with this years Sunburn were high.

This years lineup comprised of three artists less than last year, but the star power was equally matched. While last years festival had Afrojack as the headliner, this year, Delhi got TWO (technically three) major headliners – Dash Berlin and Nervo, and thats where the proverb too much of a good thing would fit in! There was an uproar on the event page, with fans being upset over having to choose between the legendary Dash Berlin and the models-turned-musicians-turned-DJ twins Nervo. I dont blame them (youll find out why soon enough). 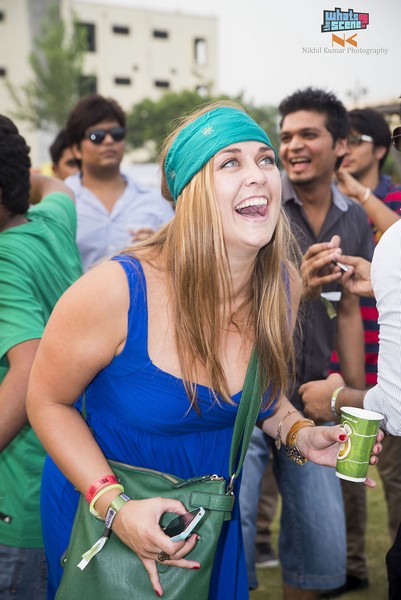 The event started fashionably late. It was supposed to start at 2 p.m., but the doors (and the DJ set) opened at 4 p.m. We were told that there was an hour long delay. My math has never been too good, I was always a calculus person. Turns out the delay had resulted in the indigenous acts having their play-time cut short, so that the international artists could have their moments of glory. A wise move perhaps, considering the fact that the fans would have been upset had ANY of the international acts performed for a lesser duration. 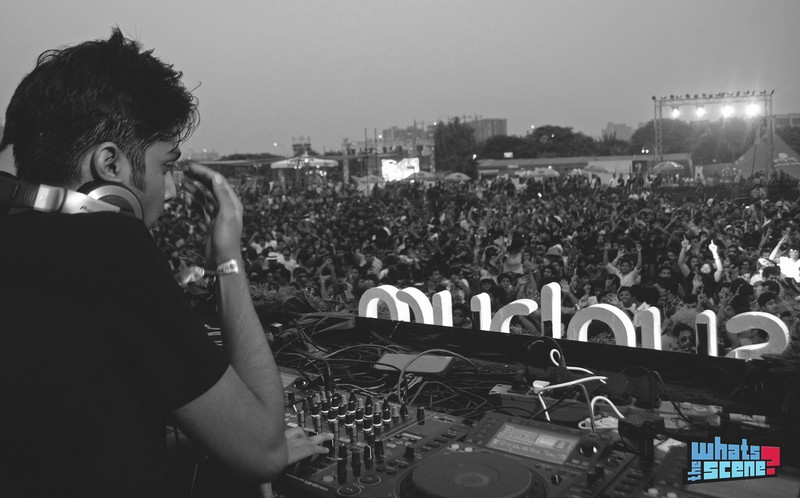 The opening sets were alright, sticking to a generally lower tempo to warm up the crowd, and while the crowd of whatever age trickled in, what became evident almost instantly was the absence of Nikhil Chinappa and Pearl. Things really started to pick up when the two stages were taken over by Rank 1 and Indias own Sehaj Bakshi, better known as Dualist Inquiry. The venue, despite the expansive campus of Galgotia University didnt provide enough separation between the two stages and I came across this one sweet spot where you could hear the music from both stages mix together rather well. This spot was the entire bar area, conveniently placed closer to Stage 2 (I really dont want to use the name Space Jungle as that is just absolutely ridiculous a name). Stage 1  was taken over by Rank 1 and this is where things got really interesting. Dualist Inquiry has been playing the same tunes for the last year or so and there is very little thats actually new to his sound. Rank 1 on the other hand consistently dished out one hard hitting bass line after another, keeping his set incredibly jumpy, switching it up between Techno and Hard bass at occasions. 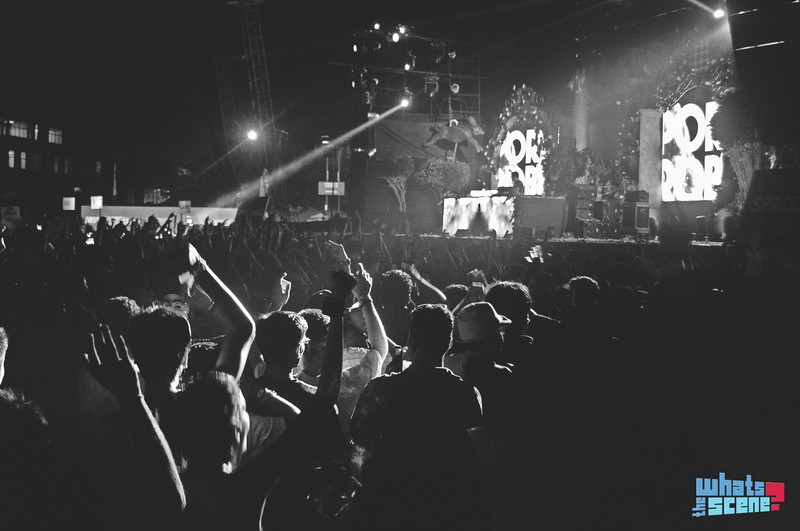 The next two artists to take the respective stages, didnt really do much to change the pace of things as the crowd was still warming up to what was about to hit them next – Shogun on Stage 1 and Porter Robinson on Stage 2.  Shogun is no stranger to a massive fan following, while Porter Robinson is mostly someone who the hardcore enthusiasts would be familiar with. That did not stop the duo from pretty much leveling the place. Shogun kept his set more trance-heavy, employing tunes wrapped in more synth work than anything else. There was a point during Porter Robinson’s set where he was tossing out Dark Psy tunes like they were Halloween candy, and the crowd was eating it like it was cake! This was the first time in my life that I had seen the secondary stage at an event be more popular than the primary one. The only singular disappointment with Porter Robinsons set was the fact that he didnt play ‘Language.’ 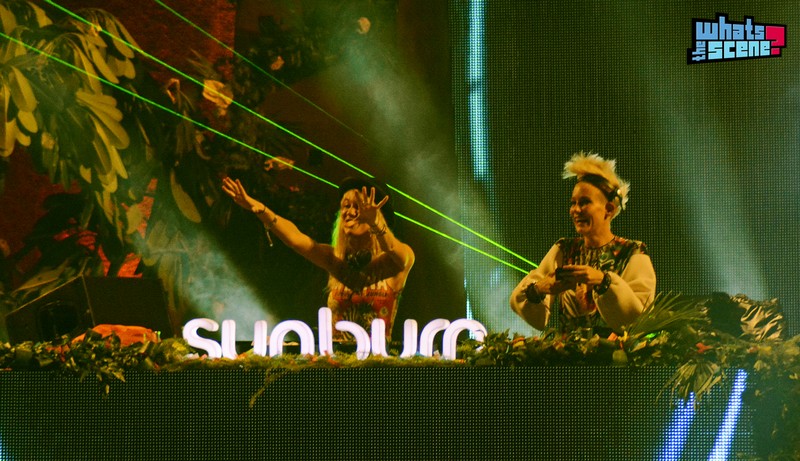 Shogun and Porter Robinson gave way to the two headliners, Dash Berlin and Nervo. Choosing a stage must have been a hard decision for most people but not for me! While I thoroughly enjoy Dash Berlins live sets, there is something absolutely different about Nervo. Twins Miriam and Olivia Nervo, are of Austrailian descent who started their careers as professional models and then got into music as song writers and composers, but felt that their true calling was working the crowd into a frenzy with their skills on the console. Nervos sound, in my opinion is best described as a very symmetric and brutal sound, with overtones of their love for bass. Im pretty sure new bass-lines were created that night! 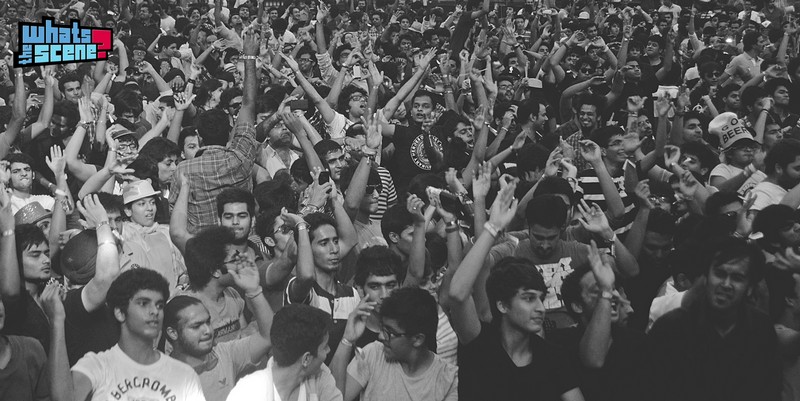 The crowd swelled up at a rate faster than a mall during a Zara sale and it was hard to find someone not going ape shit at what the twins were throwing at them. Fans had showed up with signs expressing their love for the duo, and surely enough, the love was mutual. The Nervo twins made sure to step away from the console every now and then (one at a time of course) to engage with the crowd, with Miriam Nervo being particularly expressive about how moved she was with the crowd. She later went on to grab one of the smoke guns and blow it over the crowd, which, seemed to really work for her. The Nervo Twins music routine is incredibly fluid, with the two switching duties seamlessly and in fact, their stage presence seemed to suggest that they had undergone training as Jager pilots, with synchronized dance moves and gestures. But wait, were in India, so Im inclined to say it was more Bollywood. 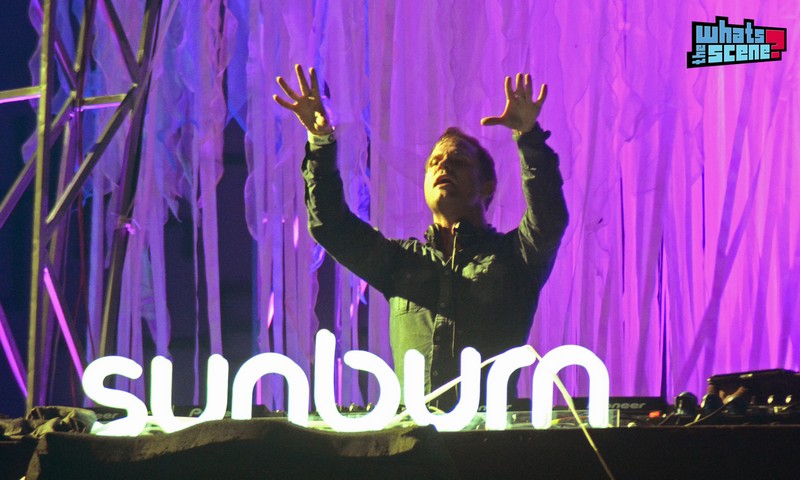 While it was hard, I had to step away from Stage 2 and move over to Dash Berlins set, where the vibe was different altogether. I walked into the set, to find the man himself standing on top of the giant speaker stack, waving his hands fervently to get the crowd into a feverish frenzy. It was working, as I sighted many fans who had Dash Berlin shirts on, take them off and spin them around in the air like fans. Moving on, the headliner dished out all his popular tunes over the hour and a half that he was on console duties. Accompanied by an incredibly elaborate lighting rig that totally rendered hallucinogens useless, Dash Berlin played an incredibly satisfying set, probably even for someone who isnt really that big a fan. His sound is heavily reminiscent of the early Euro-Trance days, something I am not too particularly fond of, but I can appreciate the brilliance of his skill. He is one of the very few artists today who can make a crowd go wild with anything from a vinyl deck to the latest CDJs. 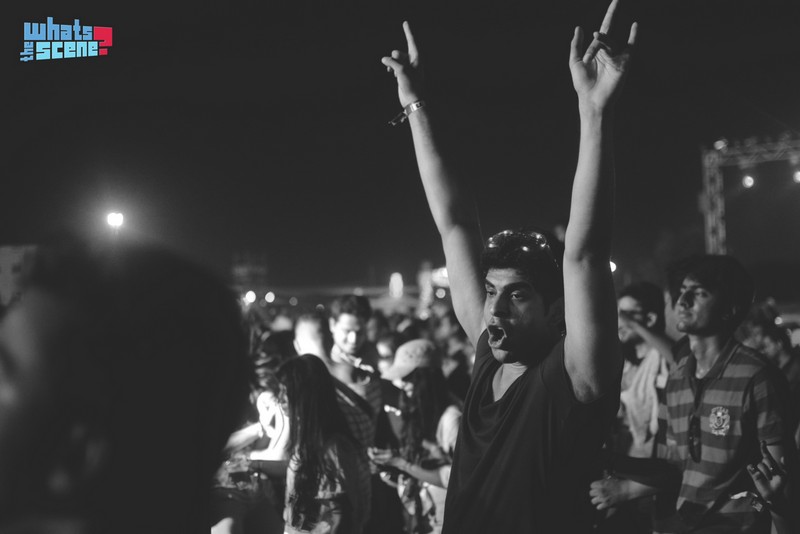 Overall, Sunburn Noida wasnt as spectacular as the previous Sunburn, but that isnt to say it wasnt good. In fact, it was GREAT! It was the one place where anyone and everyone could come and chill in the vibe of good music. You didnt have to be an EDM Nerd or a veteran to enjoy what the festival had to offer, and most people left such biases at home. There was no look at these people who dont even know what EDM is all about. It was love, it was acceptance, it was DANCE!