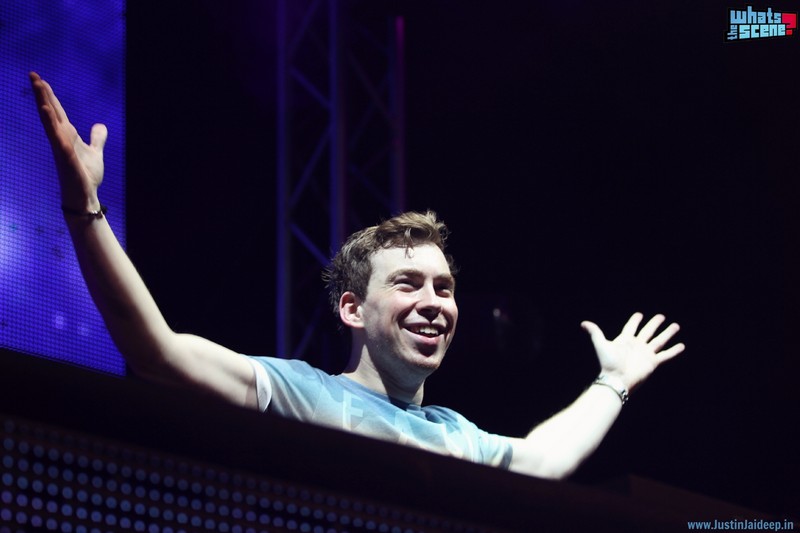 Like in every single Alien Invasion movie, the hippies gathered with hope in their eyes, looking skyward, praying  for an escape from reality. This time however, the hippies wouldn’t get obliterated with large laser beams from space. Instead, they were given a glimpse into heaven, and it was delish!

DJ Hardwell on 21st Sep hosted the biggest party Bangalore has ever seen. It was a three hour long set littered with high tempo beats, personal edits of popular house tunes and epic bass drops – the kind we have come to expect from this superstar.

Sunburn Arena has bought some of the biggest names in EDM to India including Tiesto, Swedish House Mafia, Avicii and Dash Berlin. This time, Sunburn brought down Dutch progressive and electro house DJ Hardwell to India on a two city tour in Bangalore on the 21st of September and Mumbai on the 22nd of September . 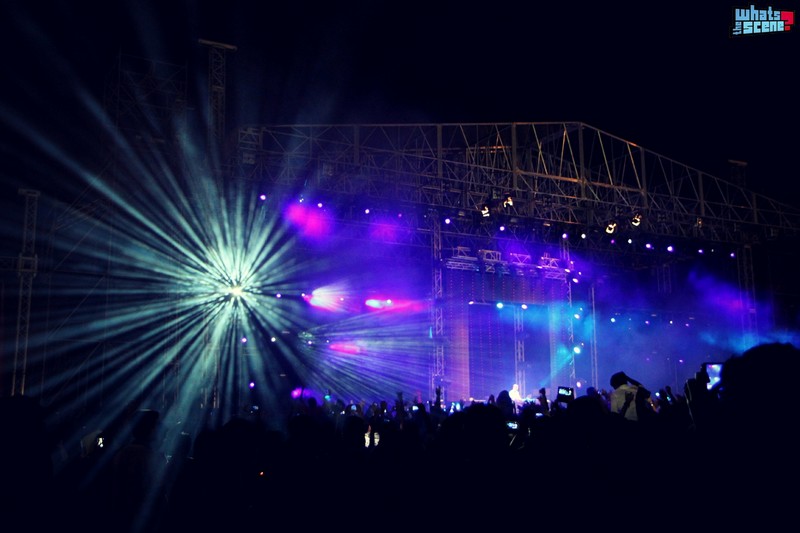 We got the chance to meet DJ Hardwell back stage and asked him something we’ve wanted to know since forever – how does he name his tracks? Apollo, Spaceman, Zero 76 – surely there must be a theme? He admitted he loved futuristic things, but didn’t go as far as saying he was a Sci-fi fan. Hardwell then went on to narrate how Apollo was named. The track was recorded in Houston, and the first thing that came to his mind was ‘Houston, we’ve had a problem’ – the Apollo 13 story. He would have made such an amazing geek in an alternate universe. When we asked him what his favourite Hardwell song was, we got a mischievous smile out of him and an angry glare from his manager – that was the end of our little interview. 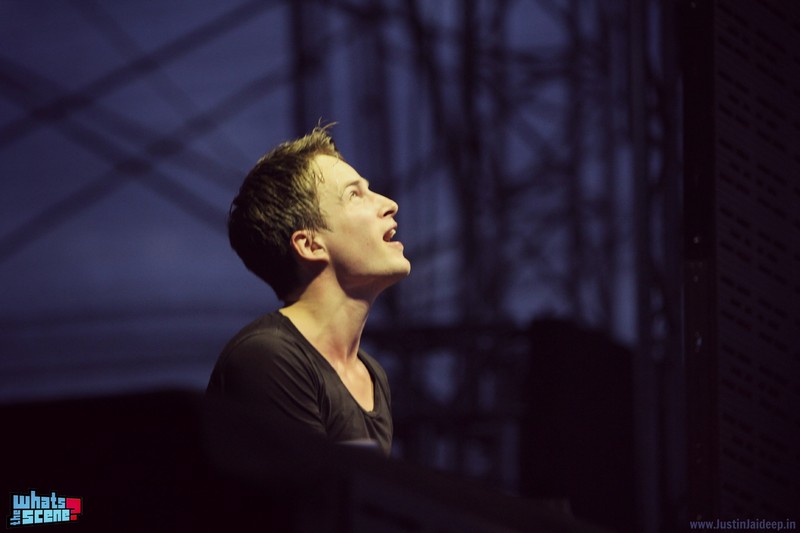 Dannic, a promising Dutch DJ with a history of working with Hardwell opened the evening. Making his name with creative mashups like Tim Mason & Laidback Luke vs. Adele  The Moment Is Rolling In Gods Air (Funkadelic Bootleg), Dannic now works regularly with his fellow countrymen Tiesto and Hardwell to produce exciting new progressive house tunes. Having four of his tracks on the latest Hardwell presents Revealed, Volume 4 is testament to his ability.

His set seemed heavily influenced by the high energy styles of Tiesto and Hardwell but his choice of music was intentionally low key, missing the usual popular SHM/PRYDA mixes which were reserved for Hardwell. We loved the original stuff he played, especially Rocker and some of his I.D. edits did a wonderful job of keeping the crowd entertained. 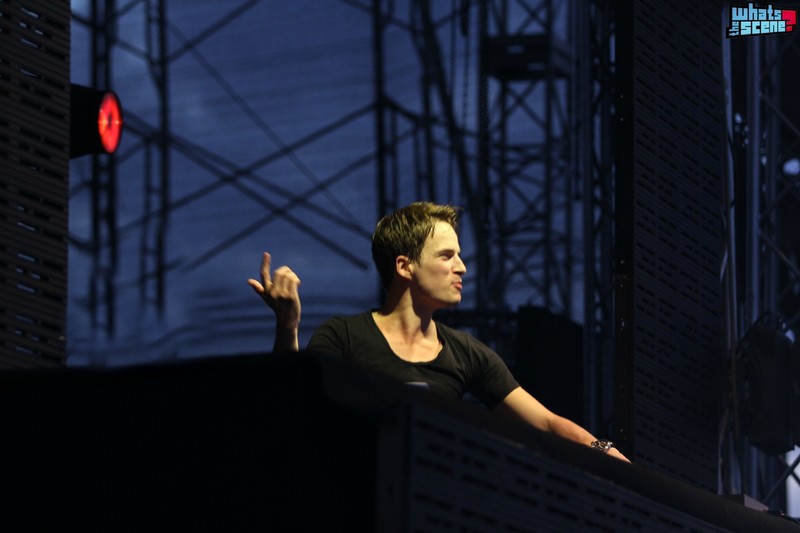 The clock struck 7, Dannic bowed out to rapturous applause and there was a ten minute lull where the entire crowd just stood still, eyes transfixed on the stage, waiting for their God to show himself. And then it happened. DJ Hardwell took the stage to one of the most sci-fi inspired opening themes we have ever seen. Visuals that could only be a result of The Matrix meeting Star Trek, the stage was a sight to behold. 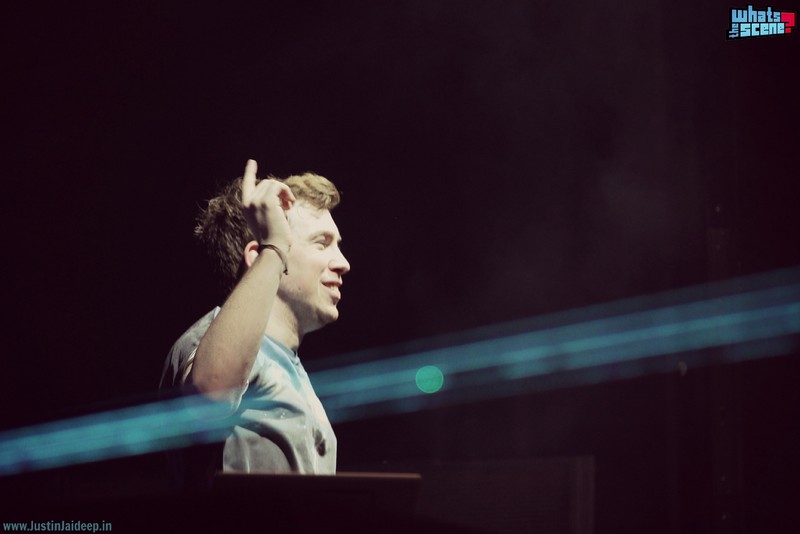 By far the most energetic set list I’ve heard – Hardwell took the Bangalore crowd to a level they rarely get to experience, if at all. The music was in your face, the bass drops came thick and fast and you couldn’t help but smile when he sneaked in a sing along commercial hit in his mashups.

Forget the visuals, the laser beams, the confetti and even Hardwell jumping onto the console to urge the crowd on and let’s focus on the music for a second. A majority of the set was from his latest Revealed album and most of the tracks were either edits or mashups. He even sneaked in some Nirvana for his audience, but thank god he didn’t overdo it. 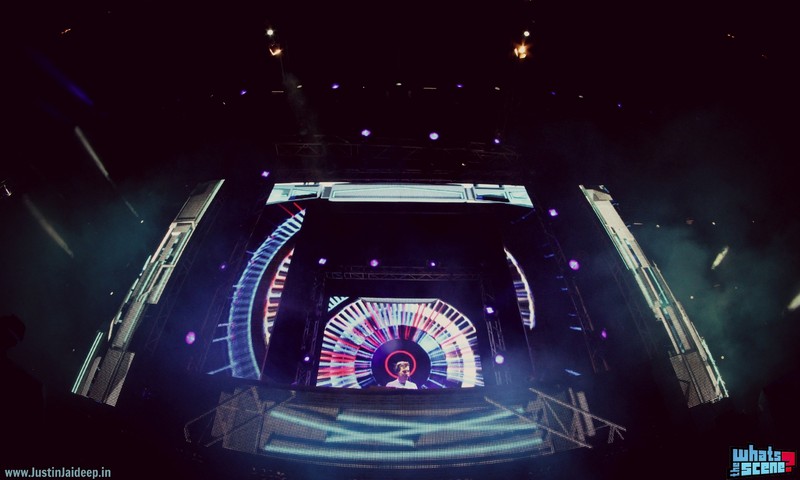 Hardwell is one of the few big DJs in the world who is famous for more than his own productions. His take on some of the biggest tracks today, ranging from Above & Beyond’s Sun & Moon to Eric Prydyz’s Everyday was phenomenal. He stayed true to the music, but did add his own subtle touches which you could instantly recognize and appreciate if you knew the original number. Some mash ups like Zero 76 vs. Ladi Dadi vs. The Island took simple melodies and added sick bassdrops that got you thinking – why wasn’t the track originally like this? 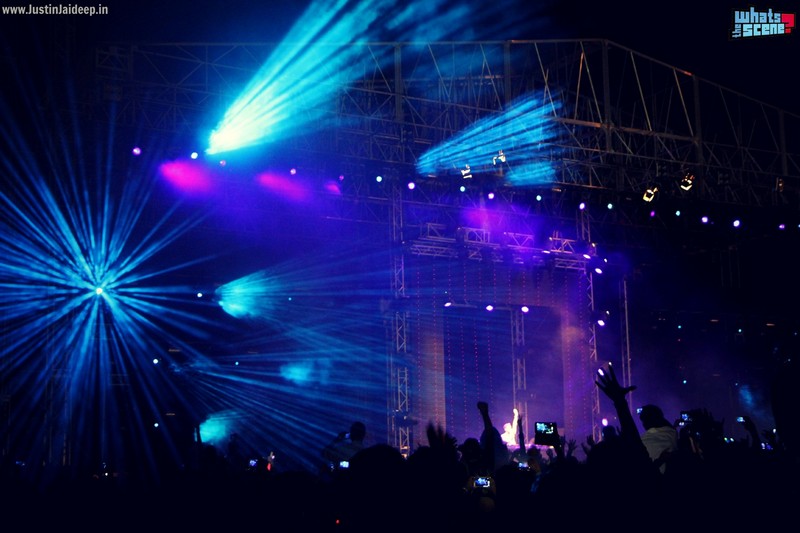 The entire set was rigged with Are you ready to jump bursts and fading lopped Siren sounds to keep the crowd from ever taking a second to rest. People waiting in lines at the Bar were dancing, people in make-shift rest rooms were dancing, people serving food and alcohol were dancing – everyone who could hear the beats was moving to them.

Alesso vs. One Republic – If I Lose Myself (Alesso Remix) despite being one of my favourite tracks right now wasn’t the highlight of the evening, neither was the grand finale – a back-to-back goodie bag of Call Me A Spaceman (HeadHunterz Mix) – a super fast edgy take on the original with harsher basslines, and the smooth as silk beats of Apollo feat. Amba Shepherd’s vocals. 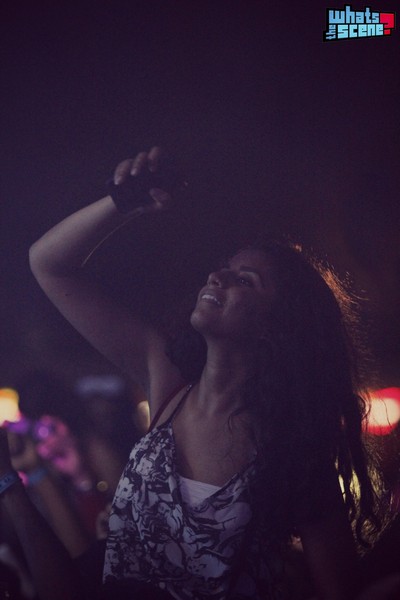 The most chill mix of Pursuit of Happiness by Kid Cudi you’ll ever hear – where the already trippy beats are scratched into the next dimension of hypnotic and the Red Hot Chilli Pepper mash up of Californication came close, but weren’t the highlight of the night either.

The highlight of the evening was a W&W mashup of Spaceman – the most recognizable beat of our generation. In itself not the most epic of moments despite Hardwell playing it – this mashup goes over and above, mixing in the powerful vocals from A Thing Called Love by Above & Beyond to create something greater than the sum of its parts. 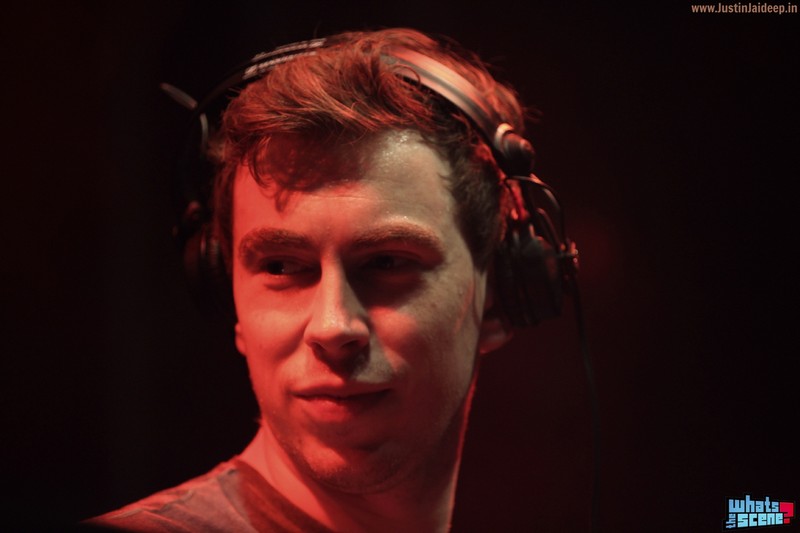 The subdued Spaceman beat, a backdrop to the vocals, felt alive – pushing against something solid, trying to break free. When it eventually did, the place was in pandemonium.  A memory to cherish and look back on fondly for years to come!

Despite the laughably overpriced cigarettes and rude staff at the entrance, we loved the show in its entirety. There are things that need to improve, but were glad they have nothing to do with the music. Just be careful the next time you go for one of these things, watching women in high heels trip face first into the slush isn’t a pretty sight.

Here is to the end of a great night and to the beginning of a wait for the next Sunburn instalment with Avicii.