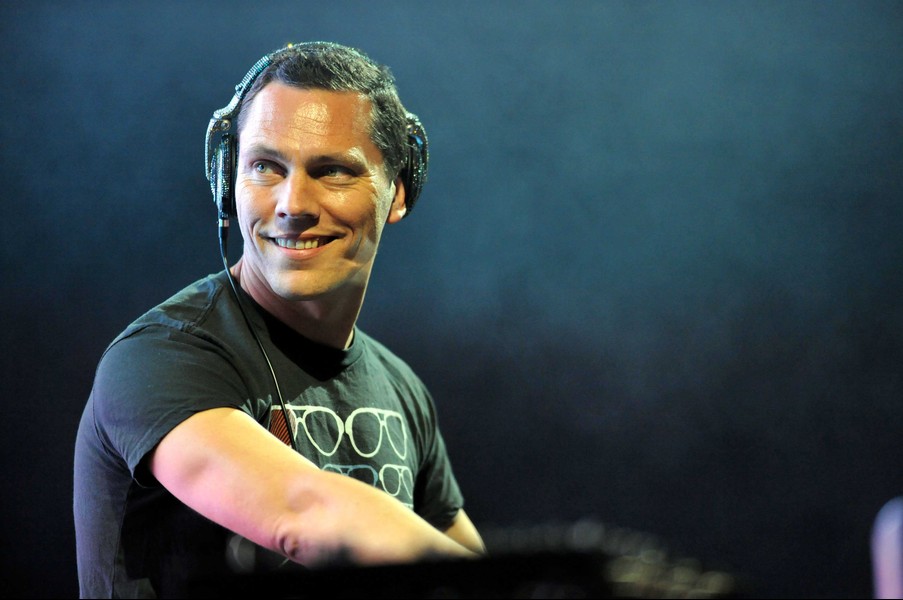 The air was rife with anticipation in Sunburn Arena, Bangalore on 30th March . Over 10,000 people had made the trek to Bharatiya City, which is fast becoming the venue of choice for headline concerts. The crowd watched as the sun set behind the gigantic Sunburn stage, grooving to the very commercial mixes ofl ocal heroes Rohit Barker and Nikhil Chinappa. The mood was set and it was time for magic.

Having dropped the DJ prefix in 2009 with the launch of Kaleidoscope, Tiesto is the Batman of Electronic dance music. Ranked near the top for most of the DJ Mag polls, he has a Grammy nomination under his belt for Elements of Life. Tiesto also holds the crown for being the first and only DJ to play at an Olympic Games opening. His radio show, YouTube series and iPhone app just goes to show the investment that has gone into brand Tiesto  and all with good reason.

Famous for his early trance sets, Tiesto now specializes in electro and progressive house – exactly what he delivered to a crowd intoxicated with the nostalgia that a decade long career brings. Stunning visuals and moments of pure joy with wonder tracks Maximal Crazy, Sweet Nothing and Adagio for Strings  glossed over what was a very choppy set that just about met expectations.

Opening with the very low key Chasing Summers, Tiesto never gave the crowd an opportunity to release that pent up energy of anticipation. It was melodic and foot-tap worthy, but with no real bite. We Own The Night however more than made up for it. This Tiesto and Wolfgang Gartner collaboration saw the crowd erupt with such vigor, singing word for word and aided by the lyrics flashing on screen. It might have been slightly delayed, but the night was alive.

A mix of the Afrojack track Cannot Stop Me Now  and Tiesto’s very own Hell Yeah  were very forgettable fillers in this two hour set. Just when things got great they would fall back down to ordinary – something that was very evident throughout the night.

What bothered me most was that his set lacked continuity. The tracks all seemed choppy, with little or no overlap. You know that sensation when you don’t know when one track starts and another ends? Yes, it was completely missing.

To his credit, Tiesto went with the tried and tested – tracks that have won hearts from Rio to Miami and feature regularly in all of his live performances. Mixes of I Love It  and Clarity registered very well with the crowd, the up-tempo beats and heavy bass lines had the crowd on their feet. Tiesto was struggling to keep the crowd engaged, but it was perfect every time he got it right.

And it only got better. Unleashing Sweet Nothing  to an expectant crowd, he had boys and girls busting their moves to every bass drop. Being one of my all time favorite tracks, I absolutely loved what he did with it live – the perfect scratch-beat switching was complimenting the melodic beat like peanut butter jelly on toast.

He followed this up with another sing-along blockbuster, his very own Love Comes Again  and the in-your-face, high tempo Feel the Dada  by Dada Life – the crowd was sold. Time flew by as the crowd took flight to every beat. What stood out most was the perfect loop on every beat change in Feel the Dada, so much could have gone wrong but didn’t.

Spaceman (Carnage Festival Trap Remix) by Hardwell  was my find of the night. With a timid buildup leading to a beat that can only be described as beastly, this particular remix had a very Gangster Rap sound to it. And that release! Half way into the track Tiesto drops the tempo completely, the enchantment breaksand you get a moment to reflect on just how amazing life is. In a few seconds you’re taken back on that robo-beat rollercoaster and feel like you never left.

Tiesto’s mix of Adagio for Strings  however, was a very big disappointment. One of his headline tracks from the Trance days, he drove this melodic low tempo legendary tune into the ground by throwing out heavy bass lines that didn’t belong. It seemed like a desperate attempt at staying relevant. We know he won’t ever go back to Trance, but chopping down this track damped a lot of good memories.

One place he didn’t experiment too much, and thank god for that, was his epic mash up of Every Tear Drop  by Coldplay mixed with his prodigal track Maximal Crazy.  This was the highlight of the night, something the crowd will not be forgetting anytime soon. The anthem-like lyrics, the beastly tune, the high tempo build up and that rock hard bass drop- this track had everything.

The CO2 dispensers, the confetti and the stunning, coordinated lasers all made that bass drop so much more legendary. Just the memory of it puts a smile on my face. What a night!

There were another ten minutes left on the clock, but most people started making their way out to avoid the traffic. They knew he couldn’t outdo Maximal Crazy  and you can’t blame them for not wanting to spoil the aftertaste.

No longer searching for sunrise, Tiesto is now closer to his sell-by date than his prime. But as Bangalore witnessed on that hot Saturday evening, he still has a lot more to offer his crowds than just cold nostalgia. So as we all hiked towards the parking lot, intoxicated with the experience and congratulating ourselves on being there, we will tell everyone we meet that the night went Like This, Like That, Like This, Like That  super Maximal Crazy!