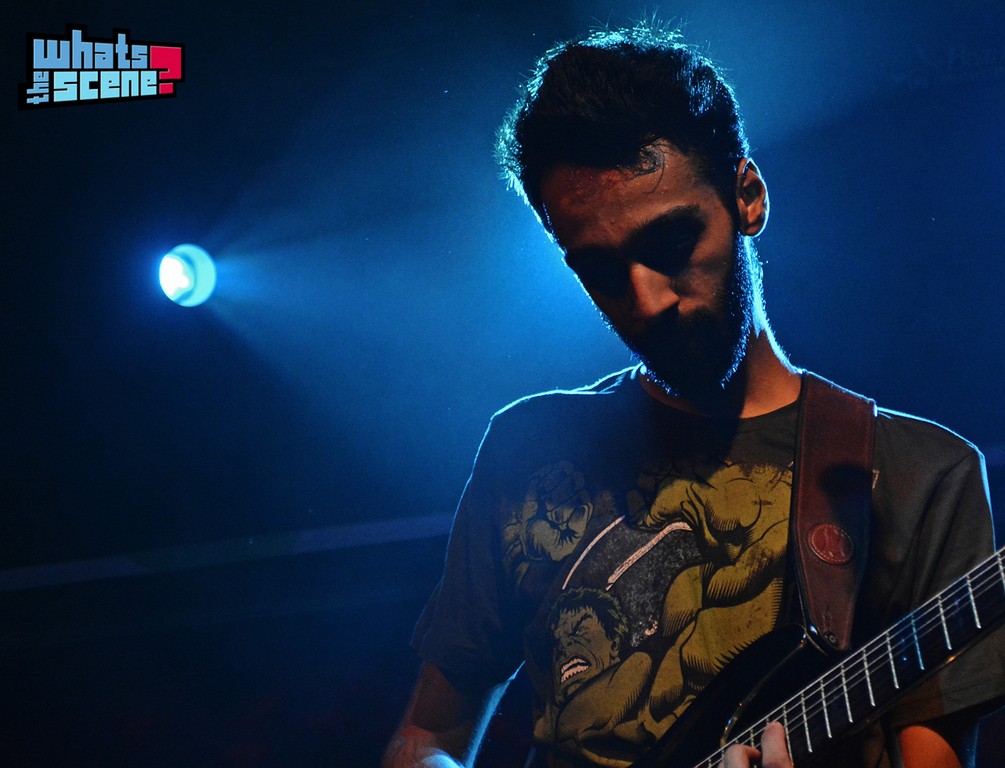 A full nightclub on a weekday is a rare sight, except perhaps on the occasional public holiday. But at Blue Frog, The Scene gigs do the trick.

The Scene is an initiative by NH7 and Blue Frog for a series of gigs that showcase emerging acts from around the country. The first edition featured acts like Mumbai punk band The Lightyears Explode , Chennai alt-rockers Skrat and Pune electronica producer Big City Harmonics. The second edition of this series featured alternative rock band Drawing Short Straws, Ambient/progressive metal band Pangea and psychedelic rock band The Circus. 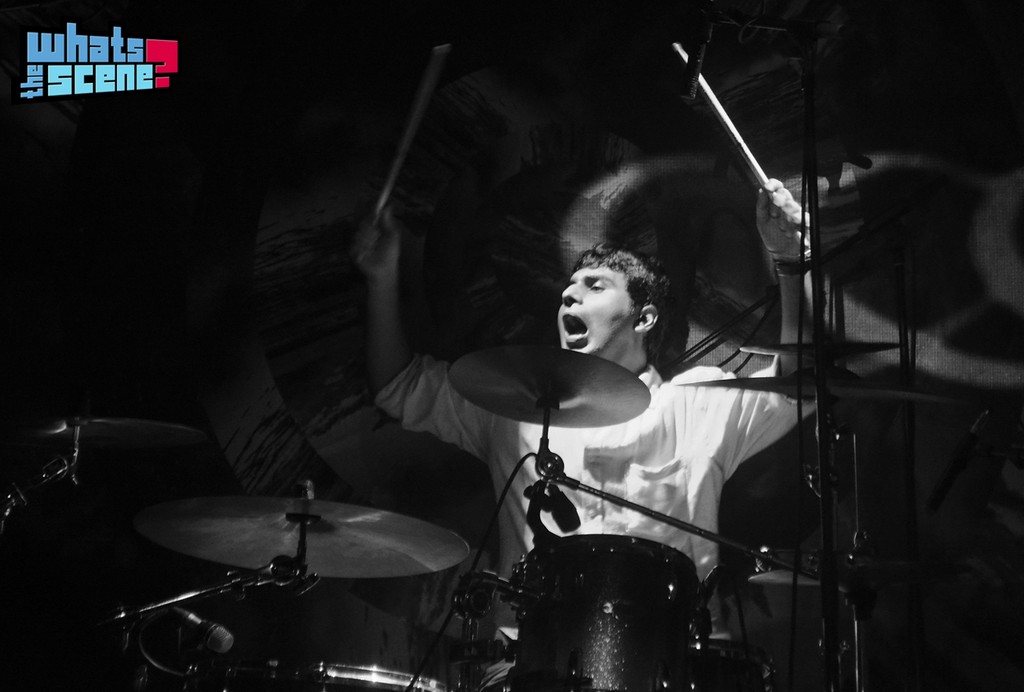 Drawing Short Straws is the brainchild of Pune based musicians Sunai Marathe (guitars, vocals, keys) and Shreyas Iyengar (drums, vocals, samples), with Siddharth Gupta on live bass duties. This was their first gig as a trio and unfortunately it showed in their slightly shabby beginning. But before we could write them off as fidgety first-timers they got into their groove and about halfway into their set things started to tighten up. The songs Intro, Limbo’, Obsession were well received: I could see some appreciative nodding from the audience and the drunk man behind me pulled me aside to tell me I love these fellas! DSS worked for me instrumentally: a nice taut bassline, good drum chops and the guitar topping it all off rather well. The vocals though, were a bit of a let-down. While I loved the way Sunai played his role as the frontman, working his audience, his vocals, especially when he tried to hit the high notes, were disappointing. That said, he carried off the bass and baritone parts very well, when the vocals and the instruments seemed like a perfect match. The band managed to maintain a steady rapport with the crowd, joking about their slip ups and shyly confessing how happy they were to be playing for the Mumbai scenesters that night. They wrapped up their set with a stellar performance of their song Predator. 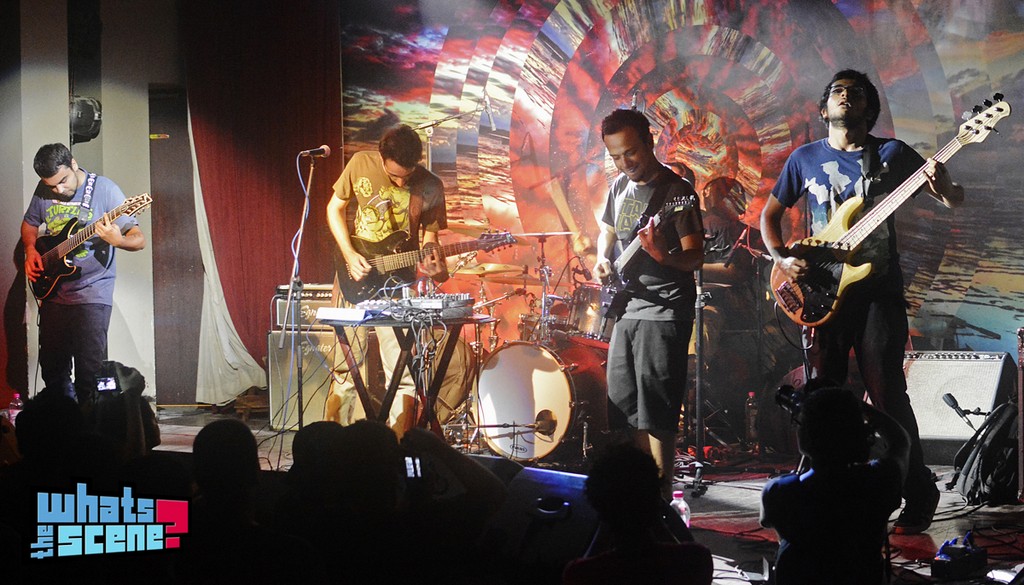 Pangea was the next to perform and I realized within the short break between the performances of these two bands, the club had filled up some. To put it lightly, it was packed with audience and anticipation. Akshay Rajpurohit entered first and started to lay down some samples with the crowd cheering. The rest of the band strode in, picked up their instruments like artillery and introduced their audience to the real meaning of the word indulgence. Without the slightest warning they had opened fire, and it was of a beautiful destructive kind. The set kept on surprising me pleasantly and its difficult to pick on specific songs to say this stood out or that fell flat. Not enough bands realize how important it is to truly engage their audience with the right stage act. Im not saying we need more theatrics; Im talking about the art to communicate through expression. Pangea is a master of this art. These musicians are truly consumed by their music. They perform as a unit, delivering music in rhythmically fine tuned strong frontal attacks. They move in perfect correlation, so utterly absorbed by the music they make that they can make their audience feel the same emotion. Their music envelopes the beholder completely, engaging at a multitude of levels. They play the kind of music that compels you to lose yourself and its also intelligent. 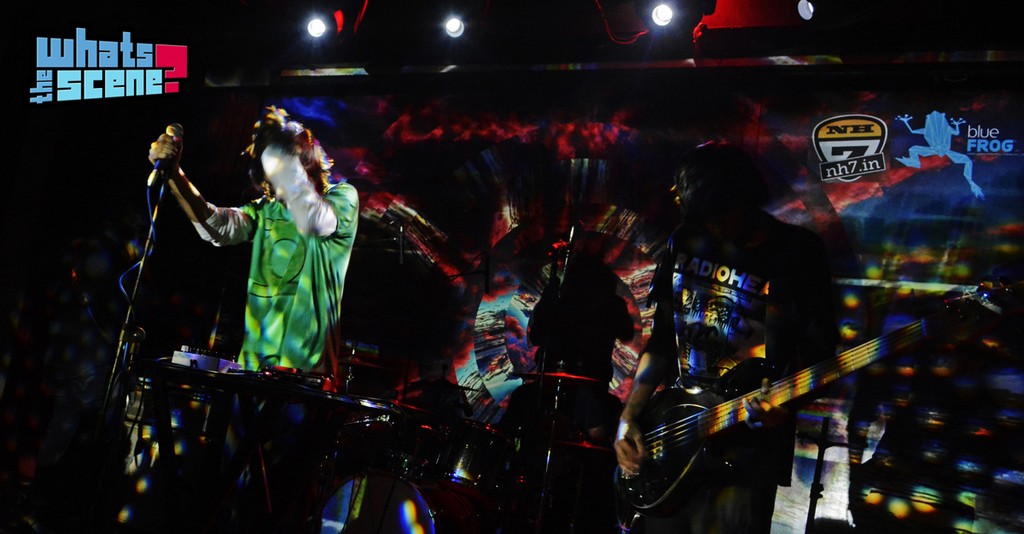 Slightly overwhelmed with Pangea, the crowd started to drift away for a breather once the band had wrapped up. This meant that The Circus had to start their set with a much smaller audience in front of them. Add to this the burden of expectation on a band following a crowd-pleasing live act, the odds were certainly not in their favour. However, when they entered, amidst a loop of introductory vocal samples introducing themselves, you could tell they didnt intend on having their night overshadowed. The Circus, if I may dare oversimplify, is energetic. Their music is psychedelic, loud and overpowering, with the kind of persistence that is spontaneous and the kind of wild precision that threatens to go out of control. Two songs into their set, and they had managed to regain all the audience Blue Frog could contain. The numerous patches and samples clubbed with some creative use of the guitar give their songs a diverse, ever-changing quality. The members of The Circus tended to perform as if on isolated islands, perceiving and interpreting their music personally: bassist Abhinav Chaudhary plucking and slapping away, drummer Anshul Lall doing some hard hitting, and vocalist Abhishek Bhatias body rhythmically convulsing while sharing vocal harmonies with guitarist Arsh Sharma.  The collective effect left audiences in a dizzy state. 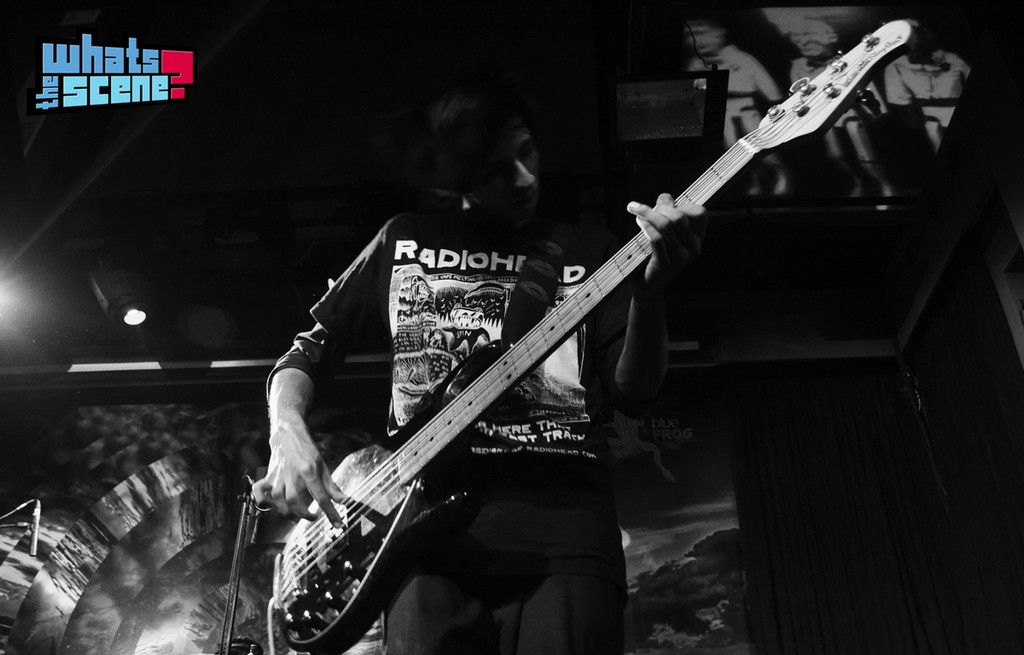 On the whole, the second edition of The Scene gigs was nothing short of brilliance. The night was immaculate in terms of management and mind-blowing in terms of quality. Drawing Short Straws are a relatively new band and one with immense potential, Pangea has often been referred to as a super group of sorts and their live acts are a rare treat, quite literally and The Circus are a mature band with a stunning sound. As a concept, picking out the best from the scene works beautifully for both bands themselves and their audience. It surely provides for something to look up to and look forward to.