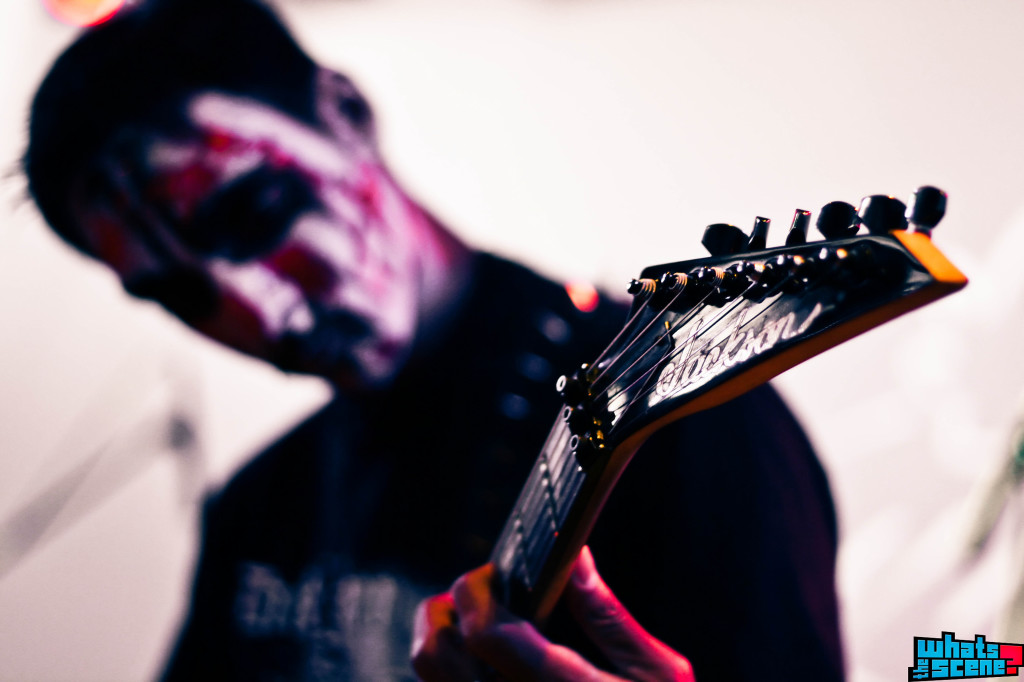 Around two months after its first edition as Impending Doom, the much awaited sequel event, aptly titled Impending Doom II, was recently held in Bangalore. Back to probably the best venue for metal in the city, Kyra Theatre, the original bill had included a stellar lineup of bands from Bangalore and from outside the city, with an eclectic mix of genres for both the mainstream and underground metal audience, but all the out-of-city ones were cancelled due to one reason or the other. Undying Inc and 1833 AD from Delhi had to pull out due to lack of funds since one of the sponsors for the gig backed out. Silver Tears from Guwahati were added in as replacement; but their shows in Bangalore got cancelled probably due to the notices that were served to pubs in Bangalore. Lastly, Exhumation from Mumbai backed out due to their guitarist Prashant Shah catching a bout of Malaria just one day before the gig. Bangalore bands Dark Desolation, Final Surrender and Theorized were pulled in, making it an all Bangalore affair. 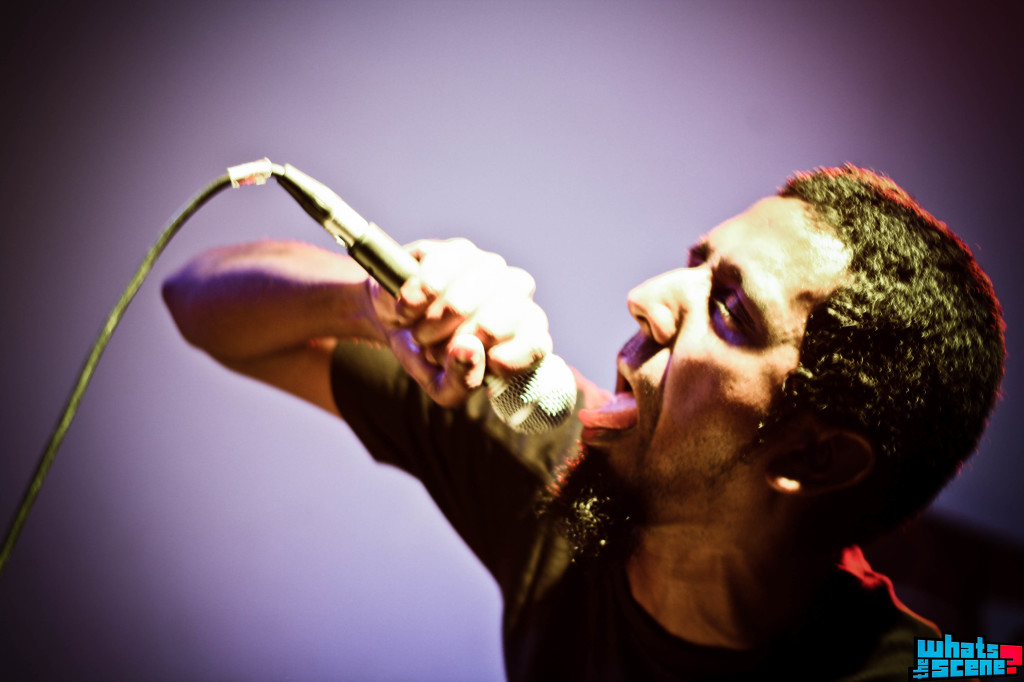 Dark Desolation kick-started the gig; seeing them for the first time after Signs of Chaos, it appeared to me that they had dropped the grindcore songs from their set and were now focusing on their brutal version of black metal instead. To probably adhere to that image, they have started wearing face paint and this time their lead guitarist was spotted with face paint too. It was ironic to see them having a myriad of riffs in their music while the song they chose to cover was a one-riff song – ‘Satanic Blood’ by Von. They were great technically and were able to create an atmosphere but their songs appear to lack the memorability they once had. 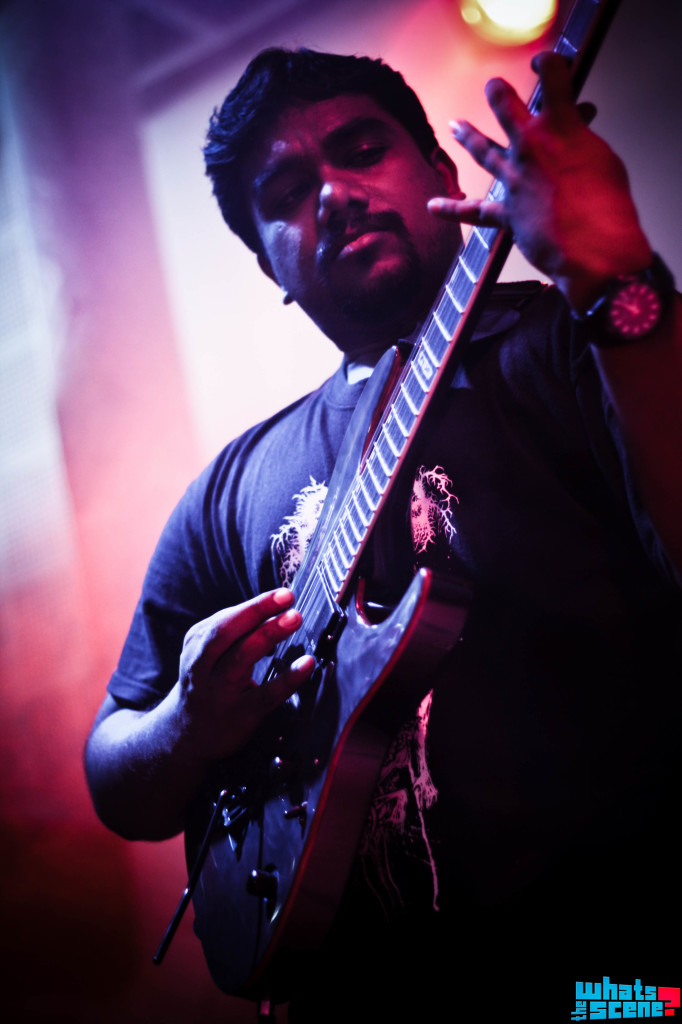 Familiar groovy drum tracks heralded the arrival of the next band; deathgrinders Gorified were doing their soundcheck, this was their first show after Trendslaughter I. They delivered a great set; the sound was not very overwhelming but intense enough, the volume levels were good. Although there weren’t moshes compared to what Gorified usually get, the adrenaline pumping brutality unleashed by the band was in no way any less. I don’t know if it was due to their absence from gigs but Ganesh’s guitars during ‘Obliteration Quandary’ just seemed so much more fast and furious! It was Charlie’s birthday and his friends in attendance didn’t miss out on the opportunity to sing the birthday song for him. 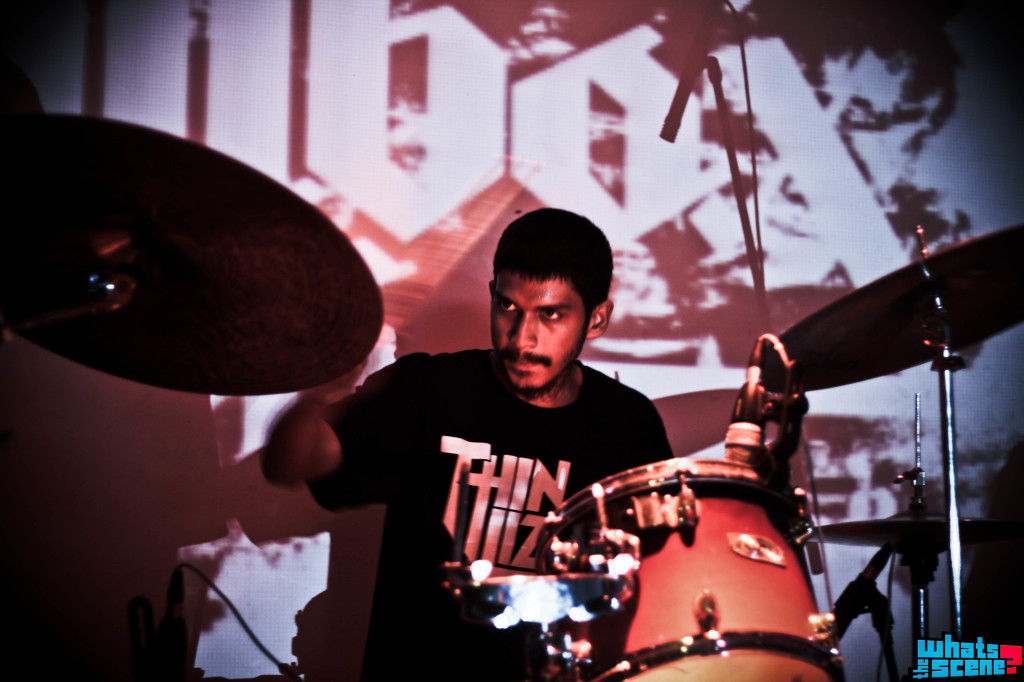 Pillbox666 surprised us with a speedy opening, by covering Slayer’s ‘Black Magic’, which was apt considering the speed with which the previous bands played. Their usual covers of Black Sabbath, Metallica, Motorhead and Autopsy were there. A new cover was added to the setlist and this time it was of a band whose imagery the Pillbox666’s imagery matches the most – Sodom’s ‘Ausgebombt’. They sounded as relentless as the German thrashers did on ‘Agent Orange’. The crowd was up against the stage in no time, the backing vocals aptly coming in from the front row. We were later told they had an ace of a cover up their sleeve which wasn’t played due to shortage of time. Next Operation Pillage, may be, aye Vikram? The kadets are waiting in their trenches. 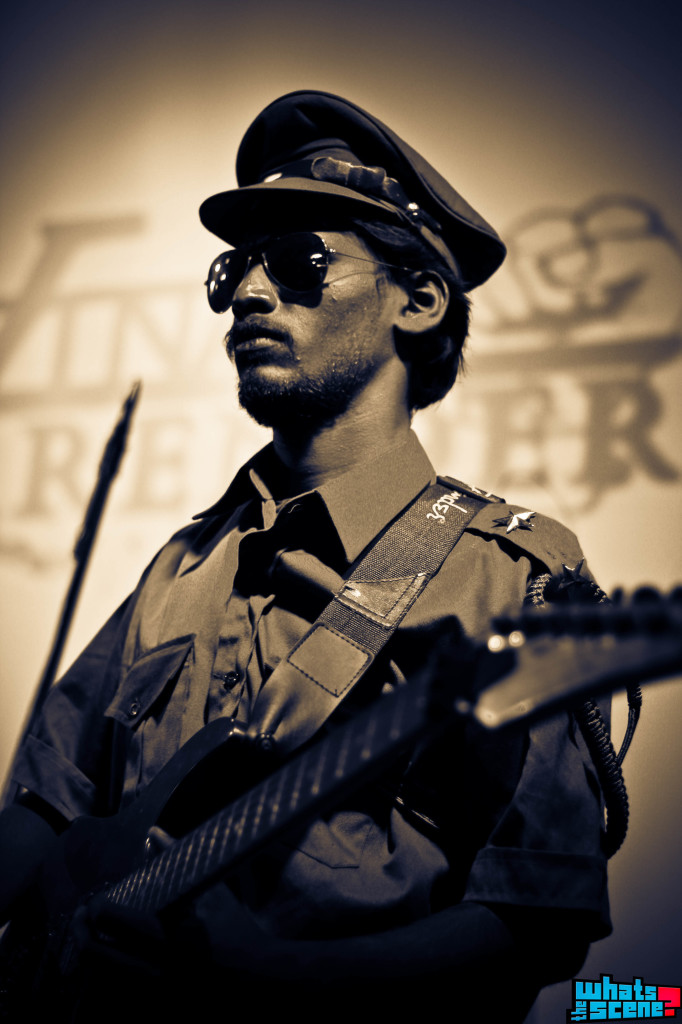 Salman U. Syed (one of the organizers) was up on the stage next, asking people to behave as there were cops in the house. With the recent scrutiny on the local live music scene by the cops from namma Bengaluru, this wasn’t entirely unexpected. One of the two major gigs in the city that particular day, both marked as a protest to the notices issued by the police, we were anticipating cop trouble later in the day. But this warning was only followed by Final Surrender who came dressed in police uniform to parody the cops. They played metalcore in a style similar to probably As I Lay Dying along with some mathcore as well as progressive influences. The guitar solos seemed to owe a great deal to 80s melodic rock. Musically, they were a cohesive unit, with both the guitarists displaying a bit of virtuosity, even though the expressions of their faces were in contrast to each other, which was rather funny. 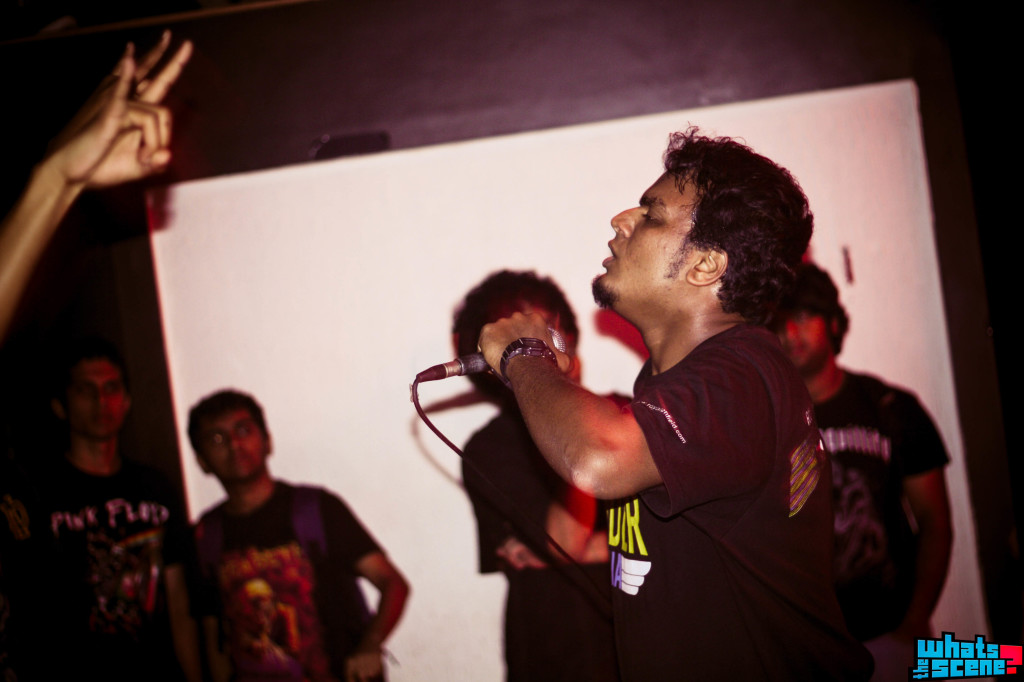 Just as Theorized started, one of Sandeep’s guitar’s strings gave way but the set was saved by Kryptos‘ Rohit sharing his guitar. The band got on with the music which was a melting pot of their influences of melodic death, thrash, math and probably metalcore. Their twisted brand of metal isn’t everyone’s cup of tea; add to it, their new single ‘Genetic Variants’ which even has a Jazz-esque feel to it; especially in the solo. Madhav was very enthusiastic to get the crowd going, by jumping into the pit. Personally, I felt they don’t create a lot of thrashing tension and seeing them live, the influences seem a bit mashed up rather than natural. Having said that, there was indeed a lot of virtuosity on display with the extremely complex riffs and progressive/technical thrash elements. 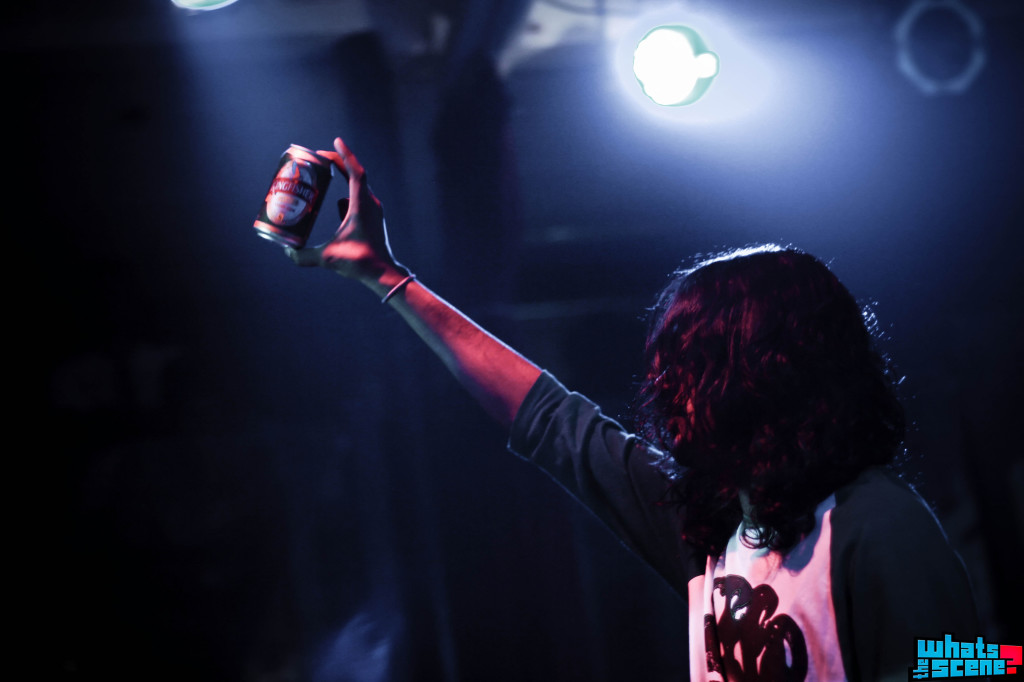 Bevar Sea took the stage immediately after Theorized. They played four of their songs this time. With less than 10 live gigs under their belt, most of which have comprised of originals, you would NOT expect the audience to sing along, but guess what? Almost everyone in there seemed to know the words to ‘Abhishtu’! Their new bassist Avinash fits in perfectly in the band. Their doom-laden sound has a certain infectious groove to it, while sustaining the heaviness that seems right out of the books of Mr. Geezer Butler & Co. Ganesh Krishnaswamy at the helm of affairs has proven to be a very enigmatic frontman. The artwork projected on the screen worked great with Bevar Sea with a different one projected for each of the ten-minute whoppers. This time, I noticed Rahul’s leads were markedly different from the ones on the demos and I still found them entertaining. Perhaps the most apt moment during their set was when Ganesh cried out while introducing the band “We are Bevar Sea and so are you!” 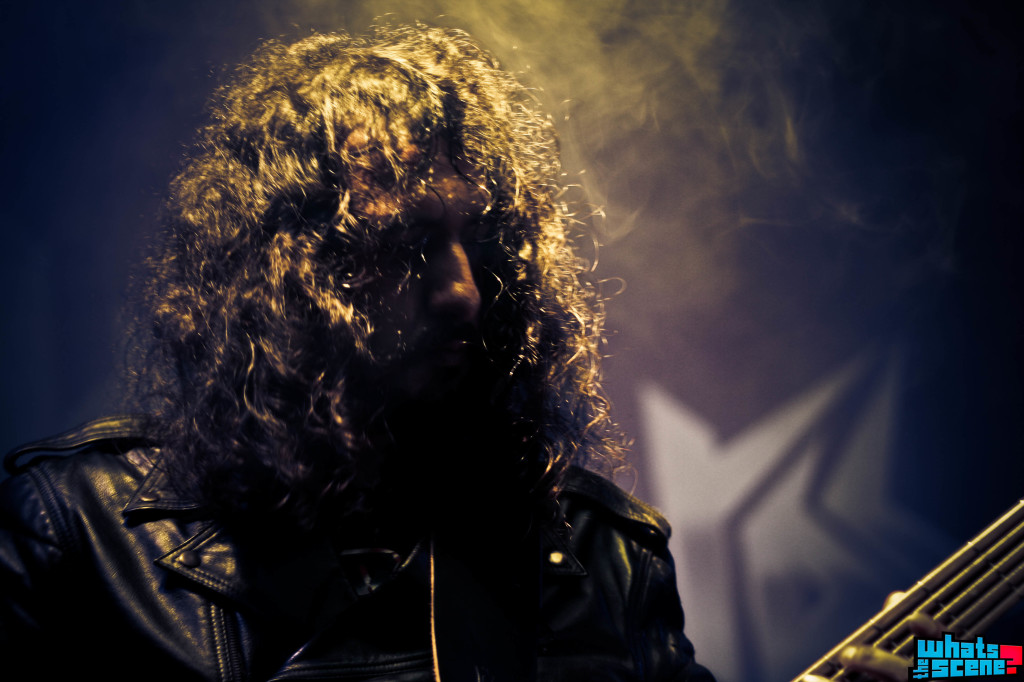 The headliners Kryptos took the stage at last, to slightly dwindled numbers in the audience. In the beginning, it took time for the band to get the right sound, but once they got that, with a good setlist for that night, they ended up putting on a great show. They started off with a couple of songs from their first album before they played their more of staple live songs ‘Sphere VII’, ‘Heretic Supreme’ and ‘Descension’. The crowd, a tad exhausted from supporting all the six acts over the past five hours, seemed a bit low on energy compared to the guys on stage, all the headbanging and the beer that had flowed through the day had certainly taken a toll on them. Kryptos’ blend of classic heavy metal with thrash influences is catchy enough for the new kids on the block, yet heavy enough for the old school-ers as well. They didn’t play any songs from their upcoming album for which they’ll hopefully do another show!

If you are someone who likes to have a variety of genres in your metal concerts then Impending Doom II would’ve been perfect for you, ranging from black/death metal to stoner tinged doom. The turnout could have been better, but this one was a gig worth attending.