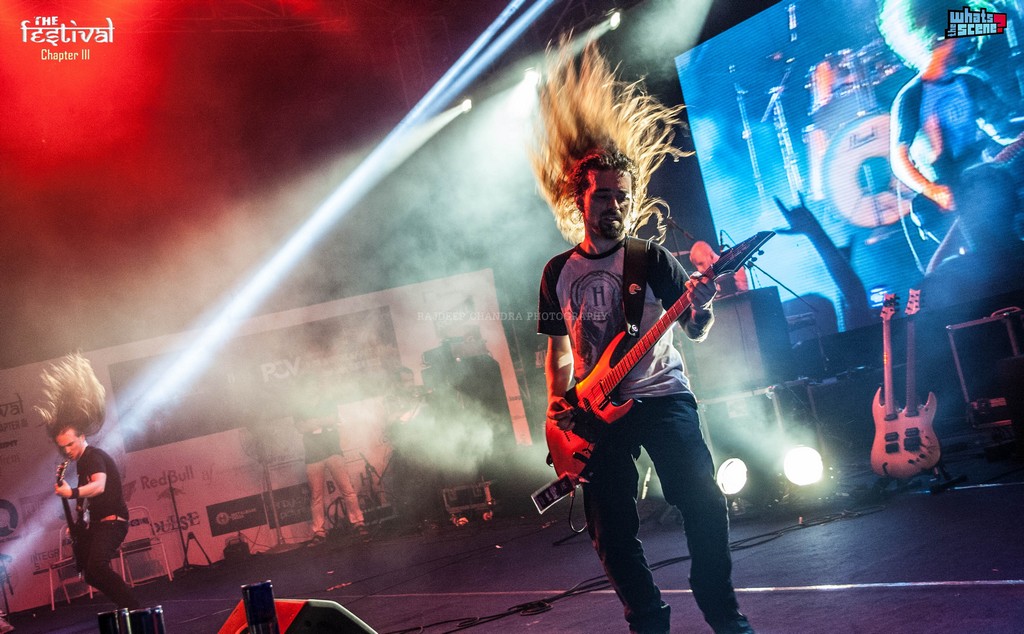 The Festival Chapter III: Moshpit Mayhem (held on the 15th of June, ) promised so much for the metal-starved community of Kolkata. However, the events extremely low turnout has seemingly rung the death knell for future metal events of a similar nature in Kolkata.

It had been hoped that the 3rd edition of The Festival would finally put Kolkata on the nation-wide metal map, with its anticipated success leading to more event organizers and international metal acts willing to jump onto Kolkatas so-called metal band-wagon in the future. However a below-par turnout (less than 250 by my count) was a downright rejection of the laudable efforts of event group E365 Media Solutions to showcase some very decent acts, the likes of which Kolkata rarely has the opportunity to witness. The lack of attendees was a major sore point – especially at a venue the size of Nazrul Manch – and towards the initial stages of the show the number of backstage personnel and photographers far outnumbered the actual audience count. 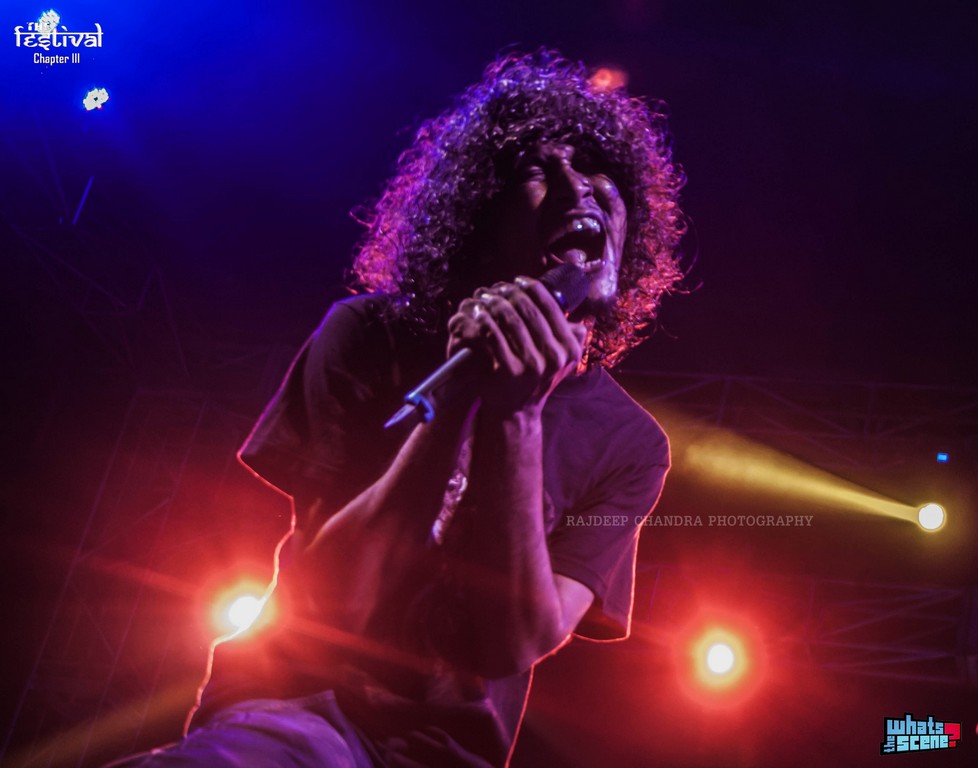 This lack of attendees proved a big a problem for the opening act Nothnegal. Kolkata was the last leg of their Indian tour, and while this melodic death band from the Maldives had hoped to go out with a bang, the lukewarm response from the crowd made them seem almost apologetic to be up on stage. Nothnegals setlist featured songs entirely from their debut album Decadence and the first song they played was the albums opening track Salvation  a great song to start the evenings proceedings. And it probably would have gotten the crowd in a tizzy if there had been enough metalheads in attendance. Other songs from the album that were performed were the very atmospheric Sins of Our Creation, Singularity, and their far more heavier tracks R.A.D.A.R., Janus, Claymore and Armageddon. Interspersed within these songs were two stand-out displays of musicianship  the first one a drum-solo that genuinely managed to wow the reticent crowd. The second was an awesome guitar solo by the Nothnegal lead guitarist Hilarl that actually got a few people to stand up on their seats. But these moments were few and far between and, unfortunately, the Kolkata crowd made it a point to sit quietly and politely applaud the efforts of this melodic death metal act. And so, after spending less than an hour on stage, the Maldivians gave way to the French progressive/technical death metal band Hacride.

Despite the indifferent response to Nothnegal, these French metallers were raring to go from minute one. However their gig was interrupted more than once, thereby throwing their entire game plan out of the window and making the evenings proceedings resemble scenes from Lemony Snickets A Series of Unfortunate Events. Things did start out rather well though with the band storming on stage and wasting no time in pummeling the audience with a wave of sound and vocal ferocity that has rarely been witnessed in The City of Joy. Egged on by a group of 20 to 30 vocal headbangers, who had magically jumpstarted into life, Hacride proceeded to lay down a full frontal assault on the dumbstruck Kolkata crowd with their performances of Introversion and Strive Ever To More, songs from their latest album Back to Where Youve Never Been. Vocalist Luis Roux in particular was a monster on stage and it didnt really seem to matter to him that the audience was so miniscule, he growled his heart and screamed his lungs out. Likewise, drummer Florent Marcadet, guitarist Adrian Grousset and bassist Benoist Danneville played like beasts possessed and it took little time for their energy to transfer to the small headbanging cluster standing in front of the stage. 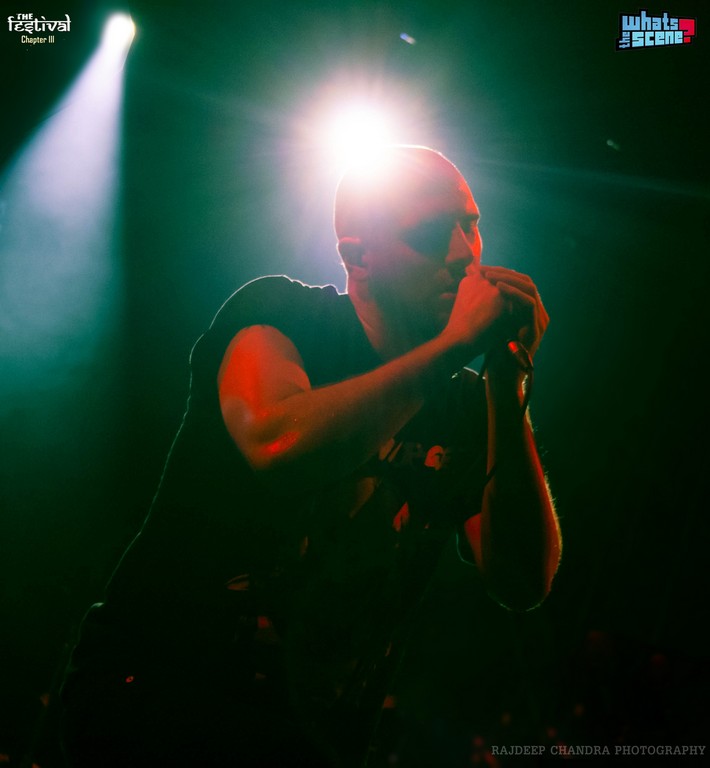 However just as things were getting really heated up, a young volunteer got up on stage and stopped Hacrides performance midway during their third song in order to make a fervent plea for help from a group of molesters who had also injured her and her friend just outside the venues premises. After much hullabaloo Hacride picked up from where they started  but the interruptions were far from over. This time it was the turn of the Kolkata Police to play party pooper. During their fourth song To Walk Among Them, the guardians of the city decided it was time for them to show some muscle, and threatened to stop the show if the volume levels were not decreased. After another short delay, Hacride continued from where they had left off, but it was clear that these interruptions had disrupted their momentum. And so after just a short setlist of 5 songs the French band pulled the plug on their gig and bid adieu to the Kolkata crowd, much to the disappointment of the headbanging faithful. Hacrides was a performance that had the potential to deliver the kind of brutality that Kolkata has seldom been witness to, so it was a shame that things fizzled out. Their gig was akin to attending a sumptuous wedding feast but leaving after just having the appetizers. 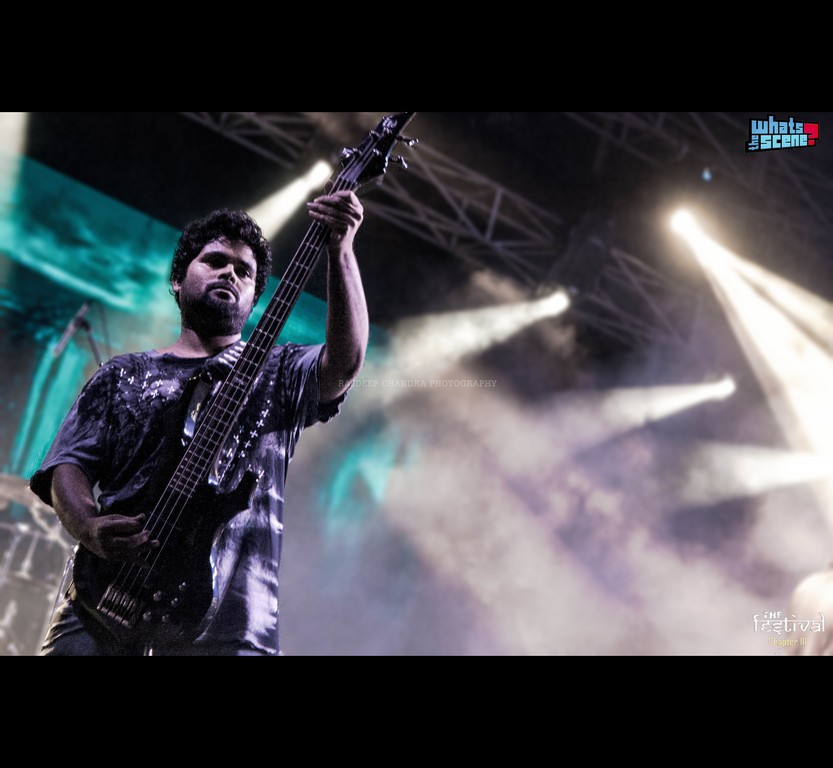 By now though the crowd seemed to have finally woken up from their slumber, and this was evident from their enthusiastic greeting of The Festivals final act, Dubais Point Of View. POV got straight down to business and wowed the crowd with a whole range of tracks from their debut album Revolutionize the Revolutionary, which included Chainsaw, Third Eye, Set Me Free, Unreal and the title track of the aforementioned album. Besides handling his vocal duties with aplomb, Nikhil Uzgare also tried hard connecting with the erstwhile passive crowd in between songs with some light-hearted banter, his attempts attaining a modicum of success. POV as a unit were extremely tight, and while they were definitely not metal, yet their brand of 90s influenced hard rock was a sure-fire hit with the Kolkata crowd. Rohit Joseph and Royden Mascarenhas in particular shone throughout with their impressive guitar work. POVs drummer, homeboy Chirodeep Lahiri also played his heart out, and some of the biggest cheers of the evening were reserved especially for him. 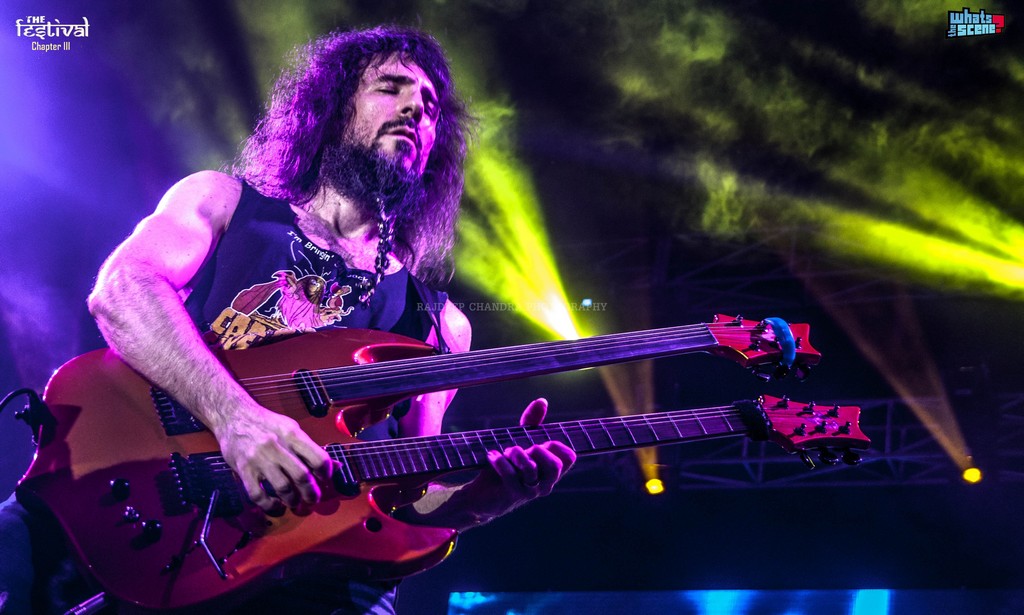 Despite all the fun they were having, POV knew that Kolkata was dying for Ron Bumblefoot Thal to make his much anticipated appearance on stage. The moment finally did arrive  and as guitarist Mascarenhas played the theme tune of the film Pink Panther, Bumblefoot made his much-awaited entrance and he was greeted by loud cheers from the same people who didnt bother to even clap for The Festivals opening artistes barely two hours ago. The atmosphere within the venue had all but transformed by now and the party had finally started! And although the numbers inside were still far from impressive, the crowd did not let go of the opportunity to show Bumblefoot who the true star of the evening was. Totally drenched in their love and energy, Bumblefoot made sure that the crowd experienced an evening they would not easily forget. Apart from accompanying POV on a few of their album songs, Bumblefoot made it a point to perform a few Guns n Roses ditties, including Used To Love Her from the GNR Lies album. In fact, he not only played but sang as well  and quite impressively too! The rendition of Knocking On Heavens Door was the standout moment of the evening, where apart from Bumblefoot and the two POV guitarists, Krosswindzs very own Vikramjit Tuki Banerjee also joined them on stage and their four-pronged guitar jam was both a visual and aural treat. The crowd was going wild by now and it was only apt to end the evenings proceedings with the classic GNR tune and crowd favorite, Sweet Child O Mine  the audience could not ask for anything more and for the next 6 minutes there was much jumping and headbanging and lusty screaming in the house. It was the perfect paisa vasool moment for the crowd, many of whom had been vociferous in their complaints of the so-called high ticket prices (the passes were for Rs. 500 and Rs. 900 only.) 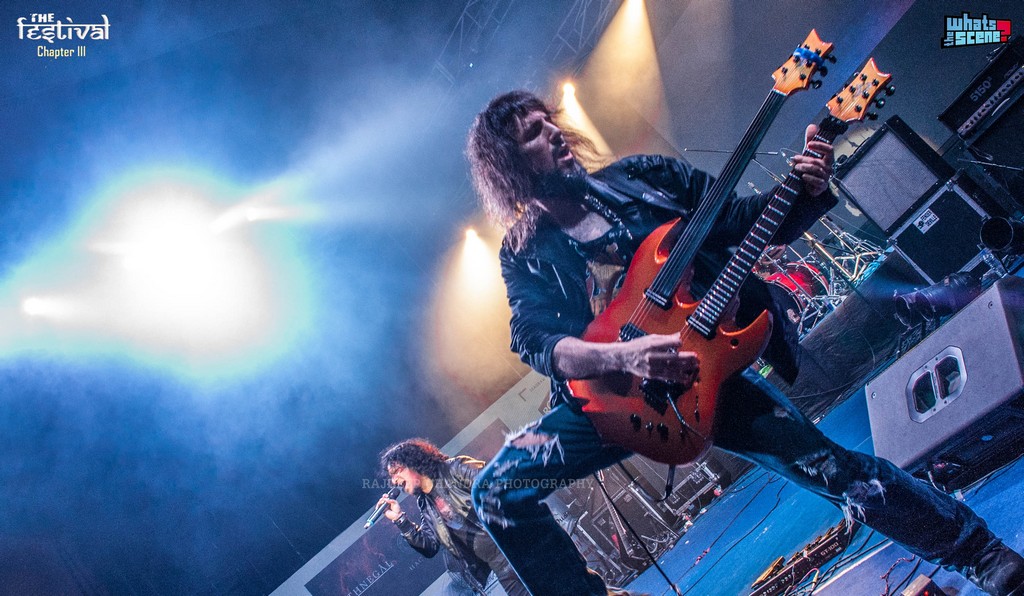 And so the curtains came down on The Festival: Chapter III  and a glorious end it was despite its extremely tepid start. However despite the events firecracker of an ending, a bunch of questions do come to mind. For instance, has The Festivals poor turnout discouraged the organizers to the point of bringing this event to an end for good? Are they still willing to risk attempts to bring down international rock and metal performers to The City of Joy? And would any event team in the country now be willing to risk hosting a metal gig in Kolkata after such a poor attendance? These and many more such questions need to be asked although at this moment their answers can only be speculated upon. Whatever these answers may be, E365s brave effort to bring Kolkata onto the nationwide metal map did not go in vain  at least in the hearts of the 200 odd attendees that evening. Getting to view Nothnegal, Hacride, POV and the maestro Bumblefoot live was something they will not forget in the years to come. And hopefully E365 will be able to take heart and build upon this mini disaster so that future events such as these can happen with more success.